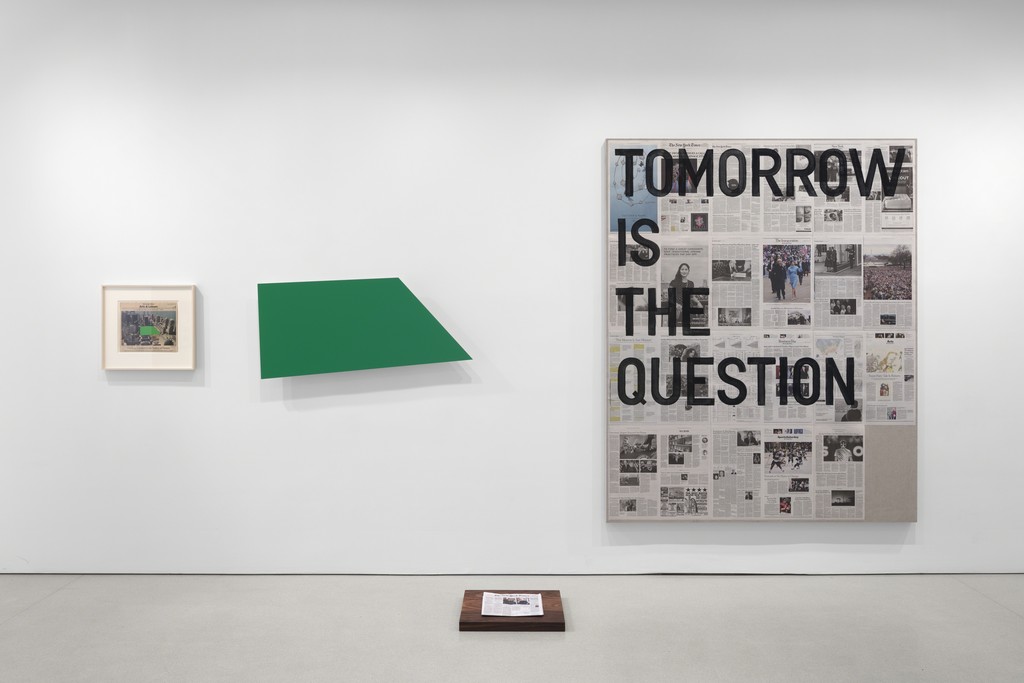 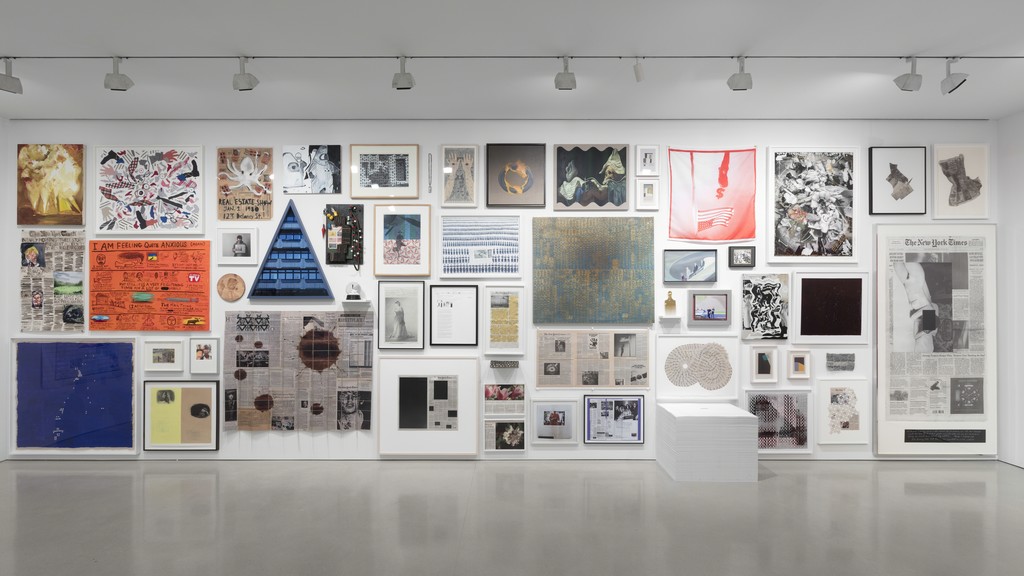 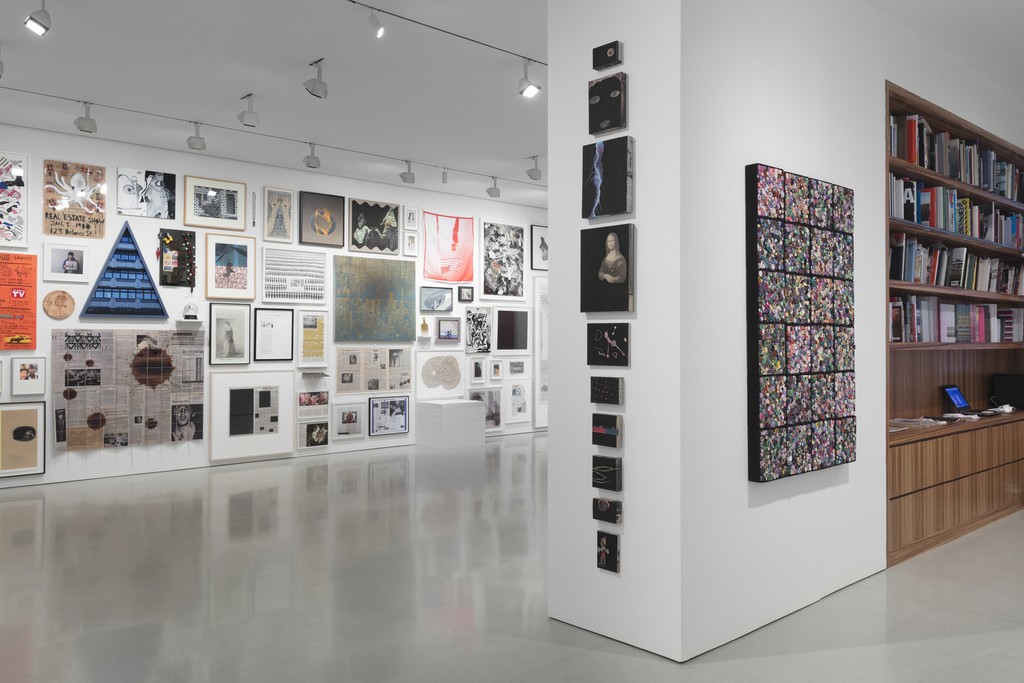 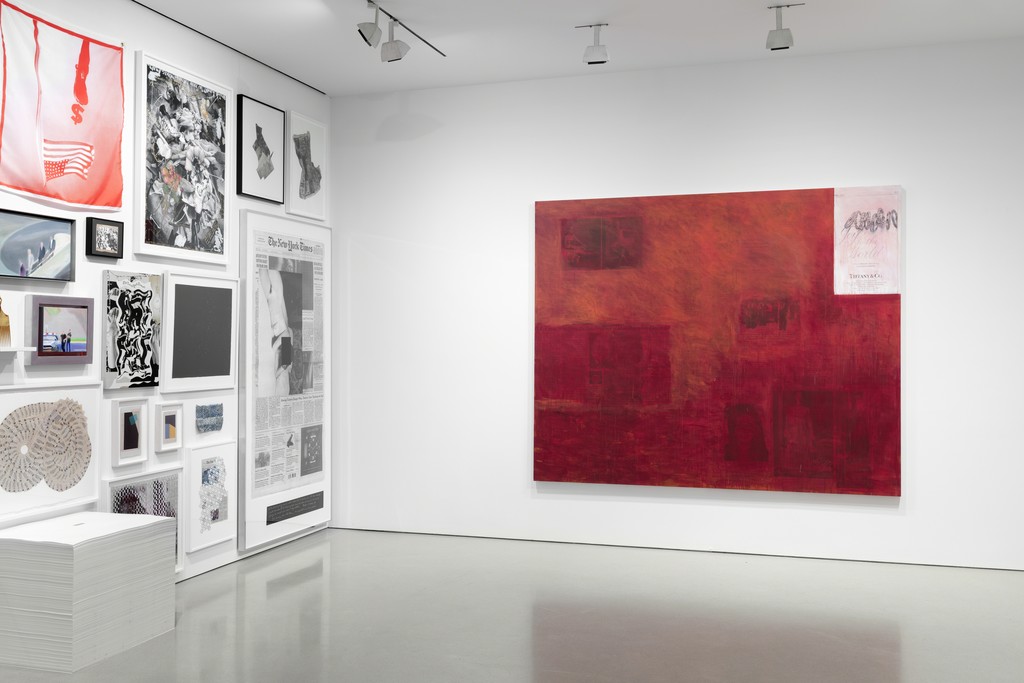 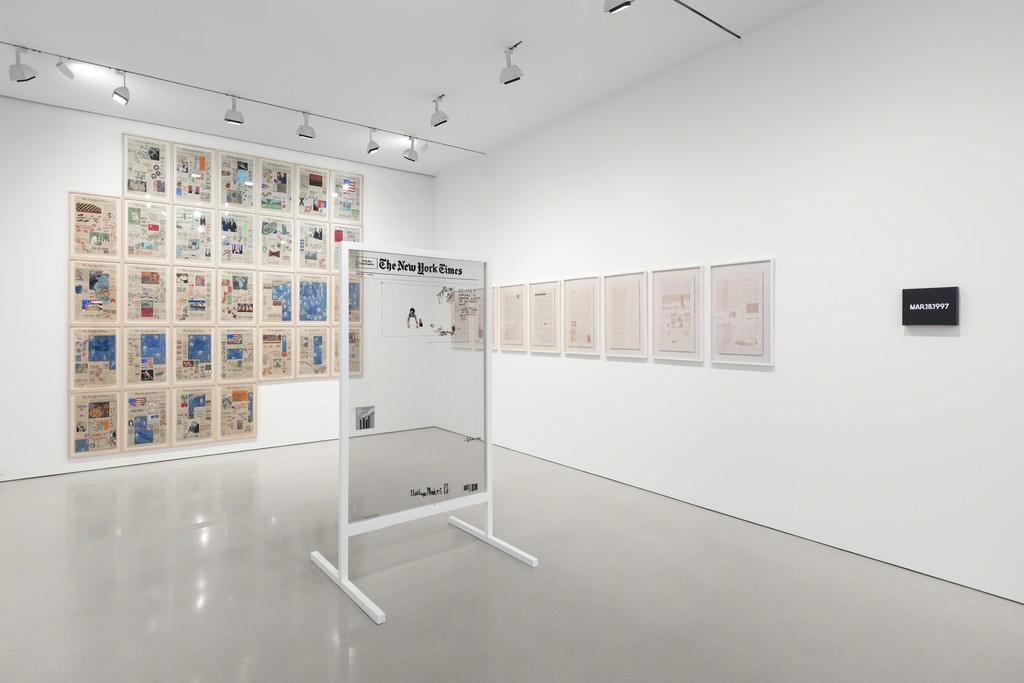 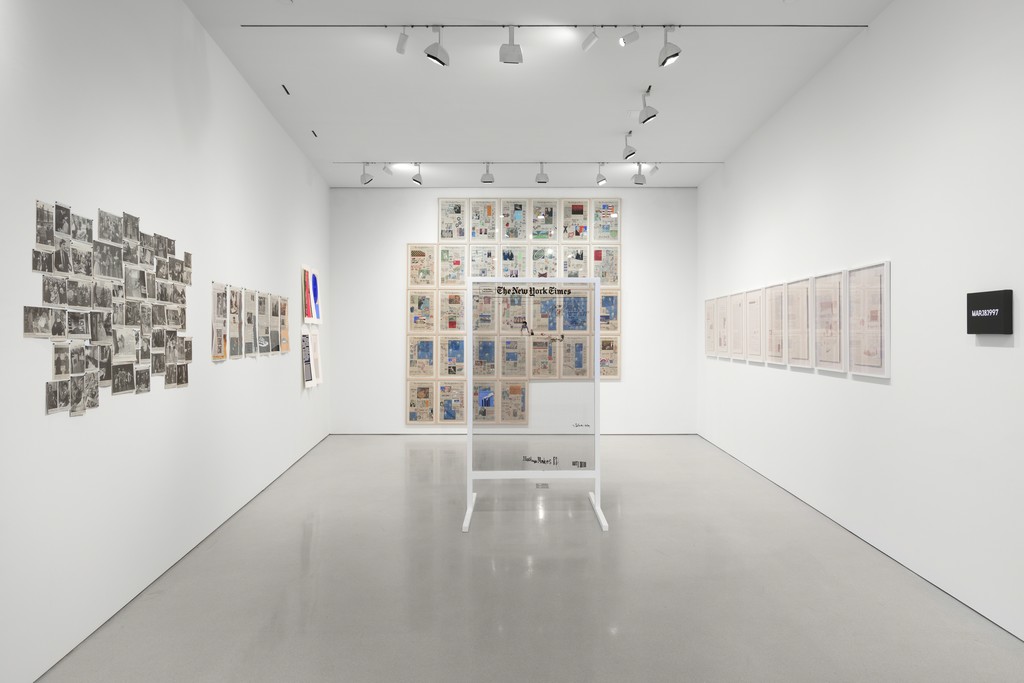 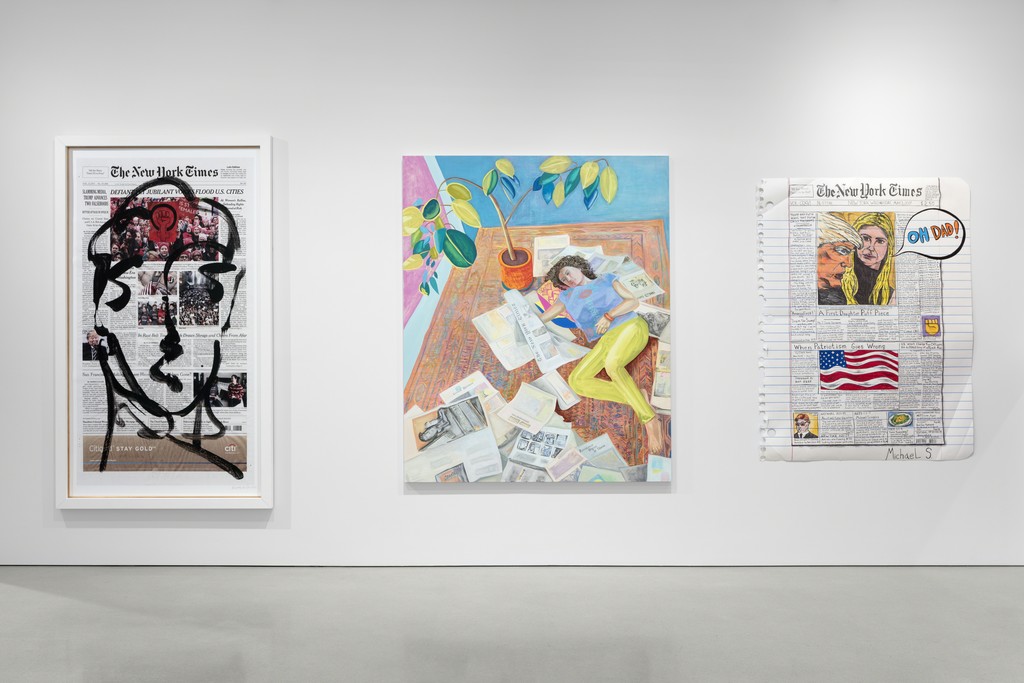 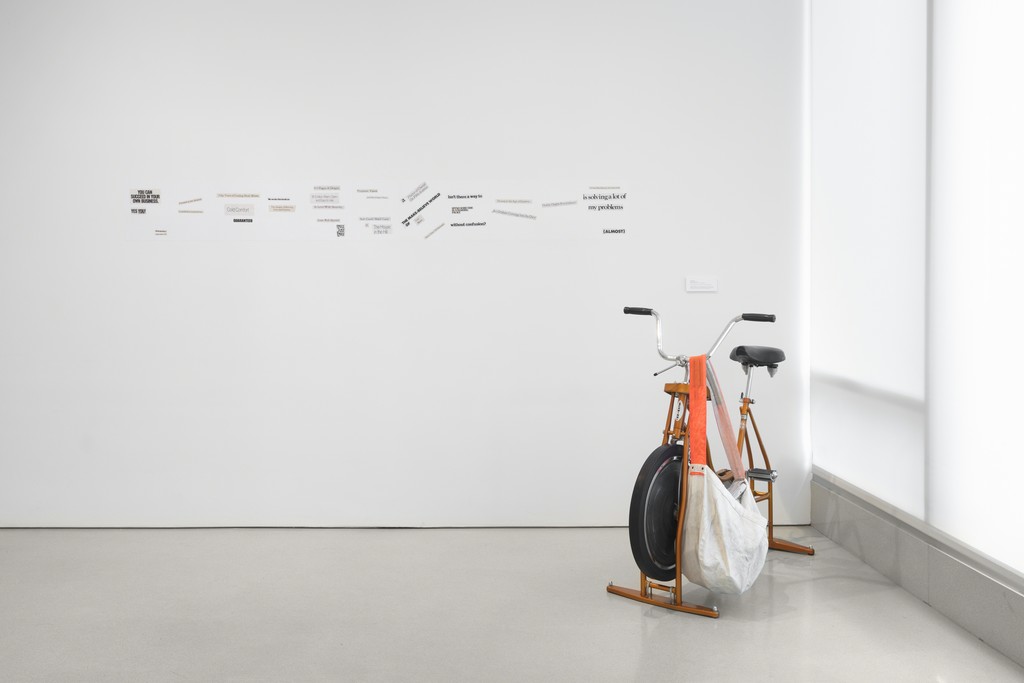 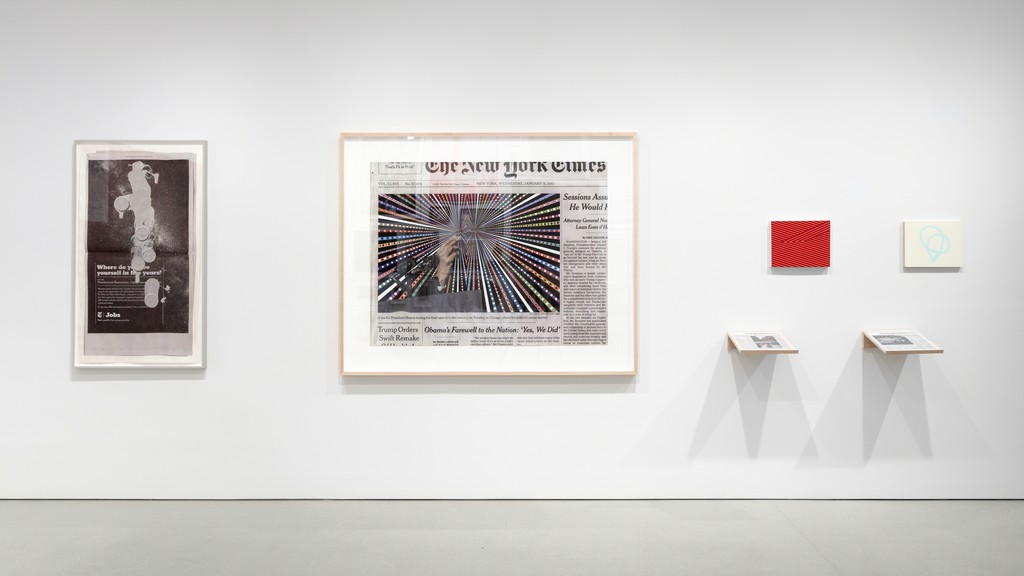 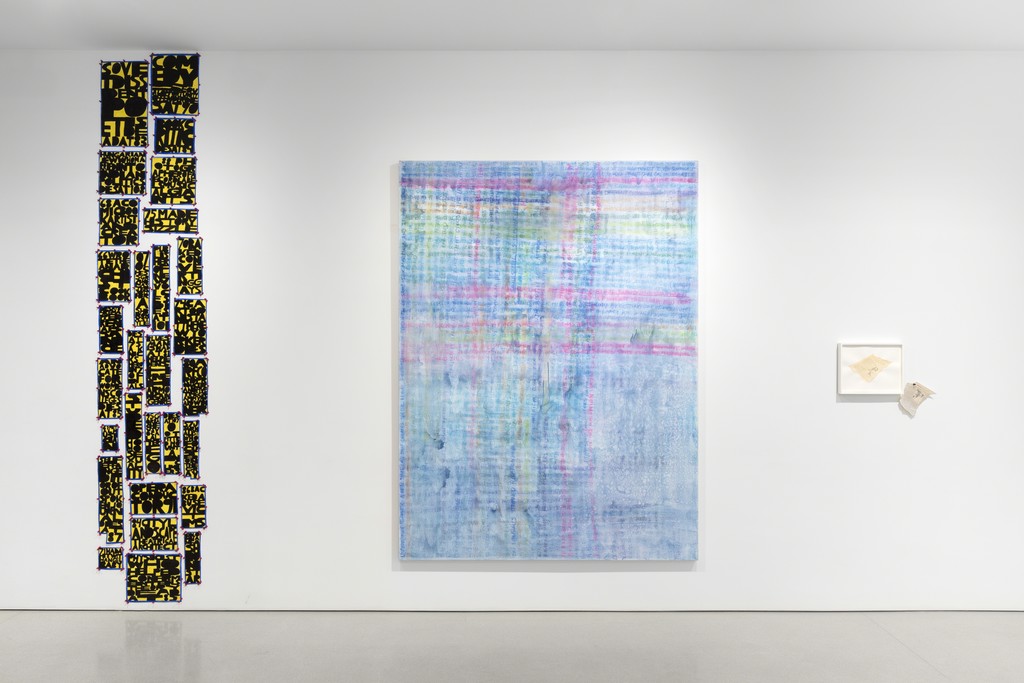 The FLAG Art Foundation presents The Times from June 1 – August 11, 2017, on its 9th floor gallery. The exhibition uses The New York Times as its point of departure and features over 80 artists, artist duos, and collectives who use the “paper of record” to address and reframe issues that impact our everyday lives.

Reading The New York Times is embedded in many people’s daily routines. This chronicle of geopolitical and local issues, tragedies, human interest stories, and trends in culture, serves as both a source of inspiration and medium for artists to assert their perspectives on the state of the world. In the wake of the 2016 presidential election, where news media was deemed the “the enemy of the people,” and The New York Times directly attacked and labeled as “fake news,” FLAG began developing an exhibition examining how seminal artists, such as Robert Gober, Ellsworth Kelly, Lorraine O’Grady, Fred Tomaselli, and others, who have used and been inspired by this newspaper in their practice. To give voice to a larger community, FLAG put out an open call for artist submissions that received 400+ proposals from around the world, and accounts for over half of the artists featured in the exhibition.

As its title suggests, The Times focuses on works on the paper itself, and includes drawings, paintings, photography, and collage, as well as video, podcasts, and performance. Some artists insert themselves directly in the physical document of the paper, while others are interested in the seriality of the newspaper as a means of marking time, investigating its coded language, or rewriting history. The works address a range of issues: gender, race, police violence and capital punishment, the HIV/AIDS epidemic, the global financial crisis of 2007-08, September 11th, presidential elections, etc.

Central to the exhibition is Ellsworth Kelly’s collage Ground Zero, 2003, a poignant proposition for a public memorial to September 11th. Kelly superimposed a green trapezoid over an image of Ground Zero (featured on the cover of the Arts & Leisure section of The New York Times) to represent a gentle slope of grass meant for people to congregate and remember. Rirkrit Tiravanija’s untitled 2017 (tomorrow is the question, January 21, 2017), 2017, overlays a provocative question on top of a day’s headlines, playfully and pointedly addressing a pervasive sense of anxiety and uncertainty. Agnieszka Kurant’s Future Anterior, 2008, is a version of The New York Times from the year 2020, rendered in disappearing ink. For the project, Kurant collaborated with professional clairvoyant Krzysztof Jackowski to predict future headlines, and enlisted several New York Times journalists and ghostwriters to pen the articles. Yesterday’s Newspaper, 2007, by Dave McKenzie, explores the newspaper’s seriality as a means of marking time, featuring a low, wooden plinth that elevates today’s edition of The New York Times. Made over 26 successive Sundays between June 5 – November 20, 1977, Lorraine O’Grady’s Cutting Out The New York Times, 1977/2017, examines language, typeface, and coincidence, transforming “found” language from the newspaper into resonant poetry.

PLAYLAB, INC. presents Stationary Paperboy, 2017, a performance piece of newspaper delivery brought indoors, which includes an immobile paperboy on his route, throwing copies of that day’s New York Times to visitors and the gallery walls. Performances will occur from 4-4:30pm on Thursdays throughout June.

Artist Jason Bailer Losh interviews current and former editors and writers about their experiences working for The New York Times, including David Colman, contributing writer, ‘Style Section'; Andrea Kannapell, Briefings Editor; Randy Kennedy, writer, ‘Arts section'; Michael Owen, Editor of the News Desk; and Rick Rojas, writer, ‘Metro Section.’ Viewers can listen to the podcasts as part of the exhibition, as well as on Seeing is Forgetting, Losh’s podcast series of conversations on contemporary art and culture in Los Angeles and beyond.