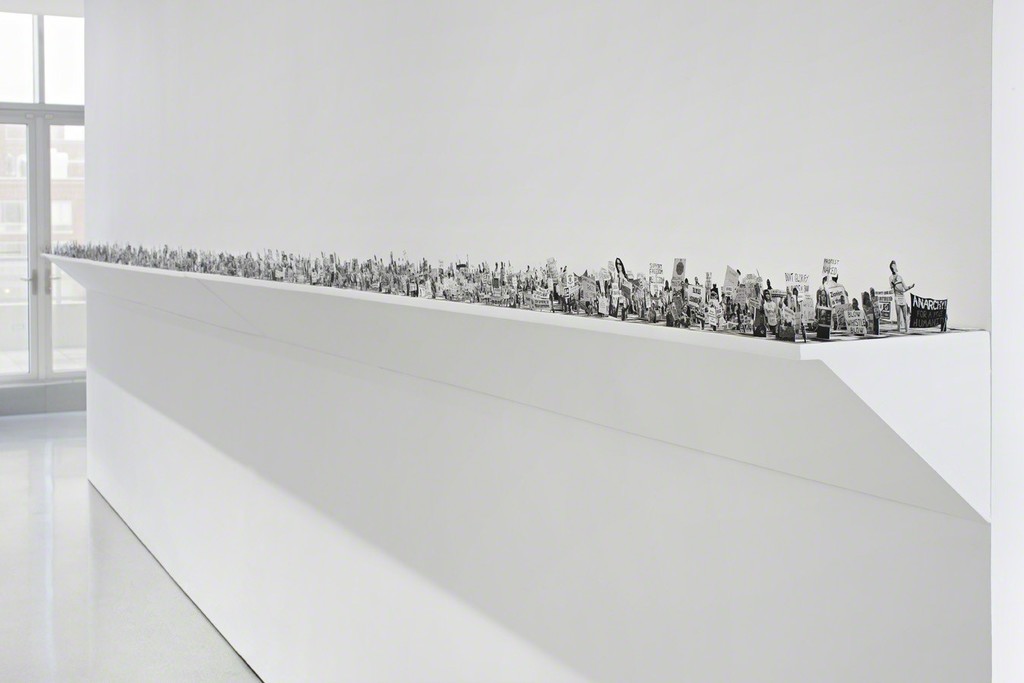 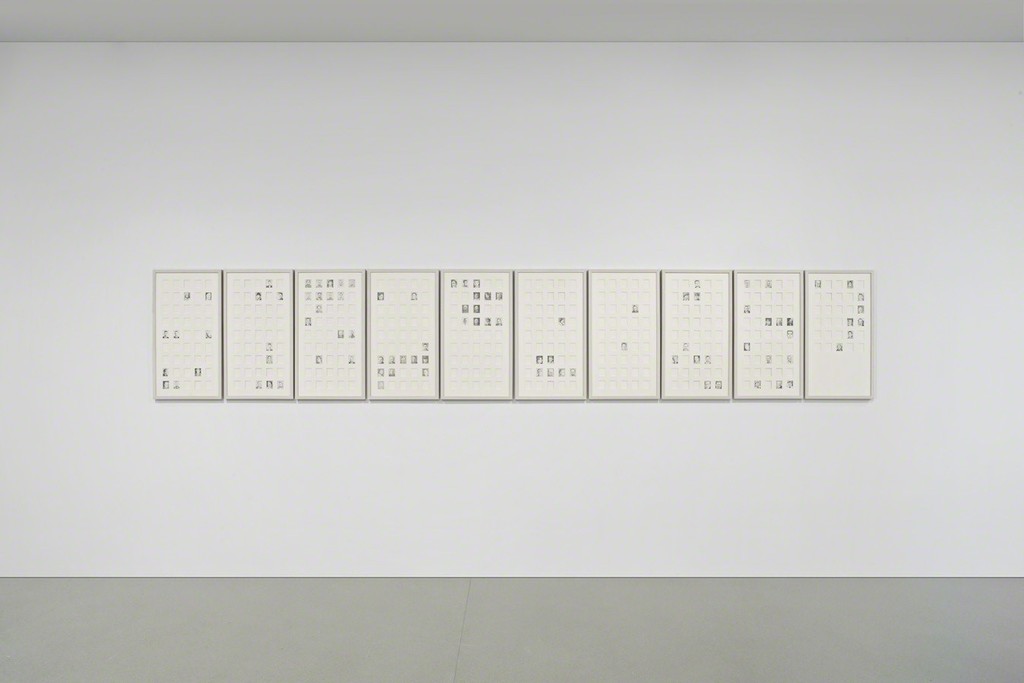 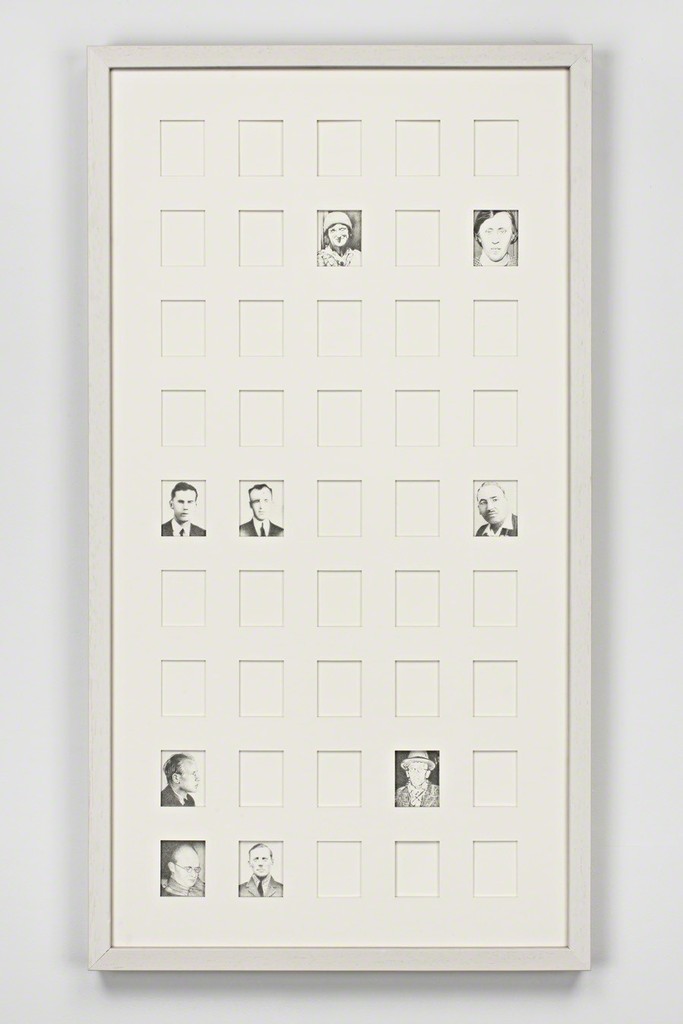 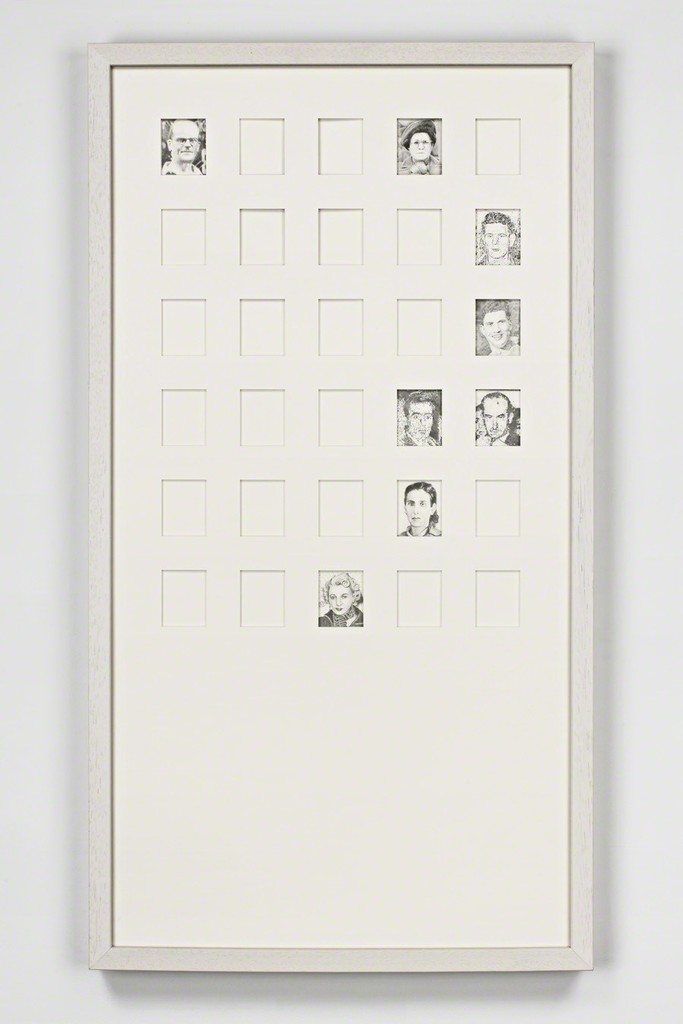 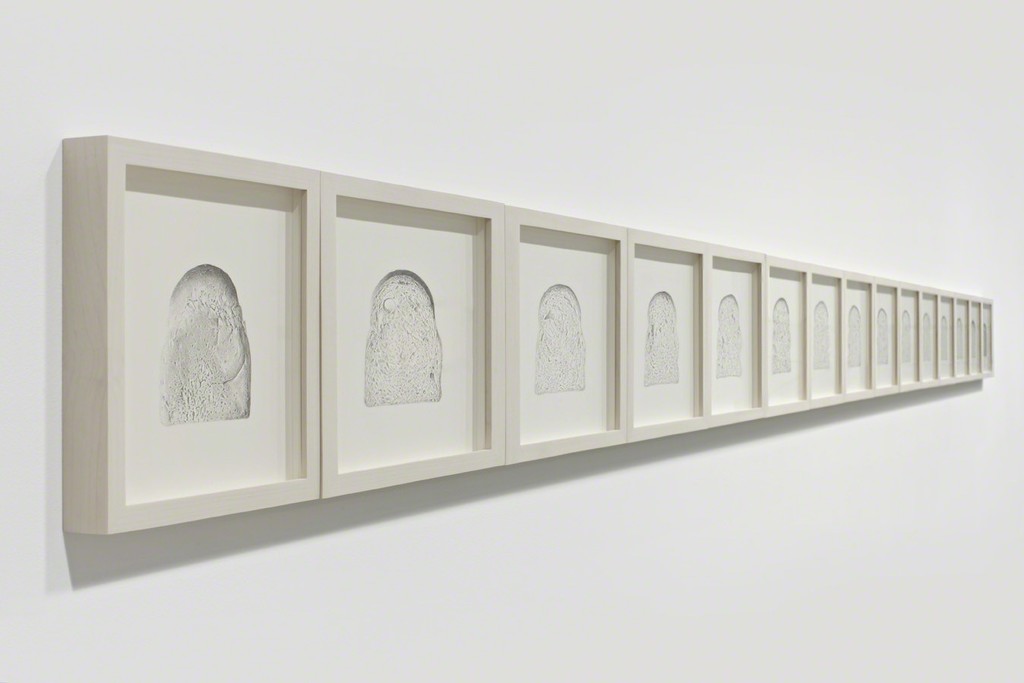 Issue is the first solo exhibition in New York of Irish artist Tom Molloy which examines power, explores the ways in which it has been perverted, and asks global questions about morality. An enthusiastic collector of images, and working through drawing, collage, photography and sculpture, Molloy challenges perceptions by creating ambiguous works, and investigating the overlap between representation and association. His deliberately minimal representations of significant political and historical moments are both subtle and highly charged. The clean simplicity of Molloy’s aesthetic conveys conceptually rich, multi-layered meanings.

Issue examines the veracity of photography through the elective and selective nature of images. These have been ruptured: either through editing, cropping, transference into another medium, or in their presentation in a non-linear chronology breaking their historical precedent. The idea of photography as an arbiter; the interface between image making and historical fact, is the principal focus of this exhibition.

The eight works featured in the exhibition address dominant themes of history and photography – illustrating several momentous Twentieth Century events, and exploring the subsequent implications for contemporary society. Tom Molloy’s work, interrogates the communication and perception of truth, and different possibilities that could, and have arisen globally as a consequence of man’s inhumanity to man.

Tom Molloy who exhibits with Lora Reynolds Gallery, Austin, Texas and Rubicon Gallery Dublin was born in Ireland and works in Paris, France. He attended the National College of Art & Design Dublin. Among participating in several group exhibitions Molloy in 2005 a survey exhibition of his work was held at the Limerick City Gallery of Art and in 2008 at the Solstice Arts Centre, County Meath. In 2010 Molloy had a solo exhibition at The Aldrich Museum of Contemporary Art and is included in the permanent collections of the Irish Museum of Modern Art; The Blanton Museum of Art, Texas; The Arts Council/An Chomhairle Ealaíon, Dublin; The Zabludowicz Collection, London; Fondazione Spinola Banna Per L’Arte, Turin; FRAC-Piemonte; FRAC Haute-Normandie and Princeton University Art Museum.