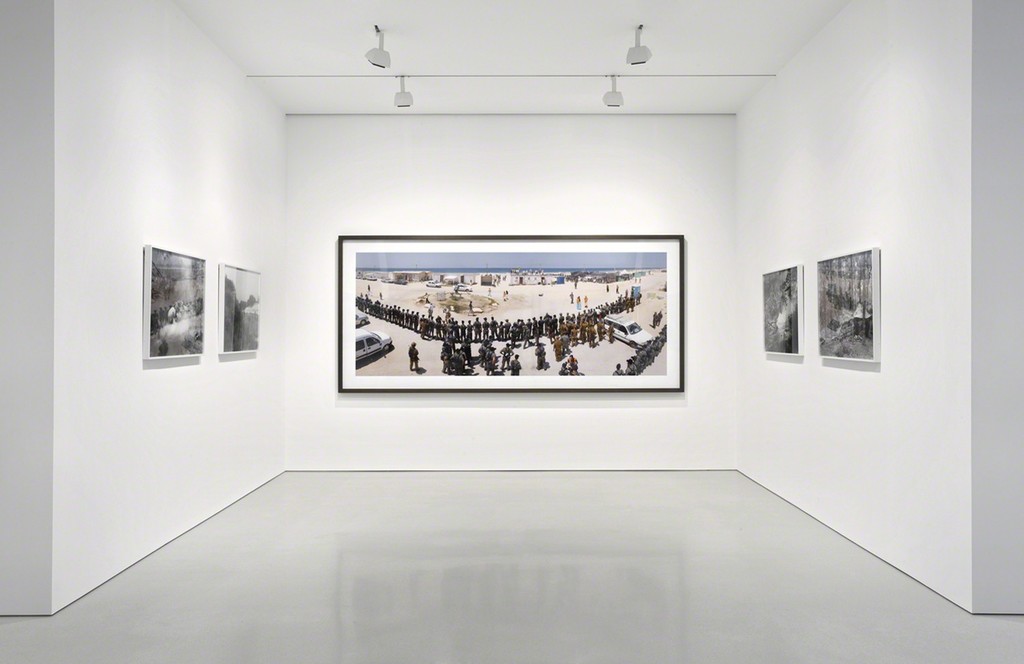 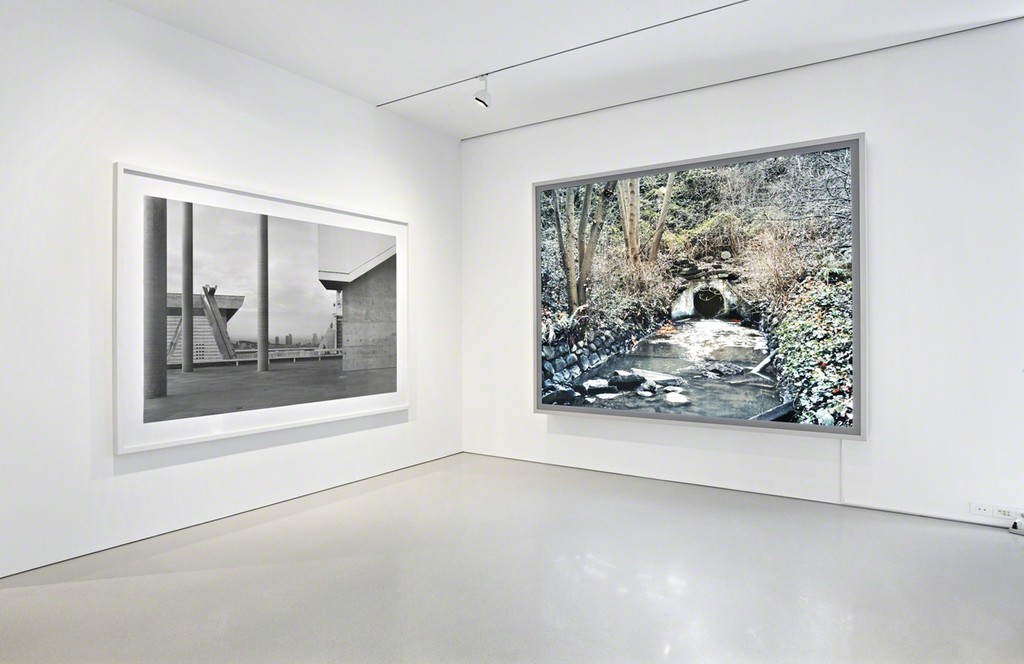 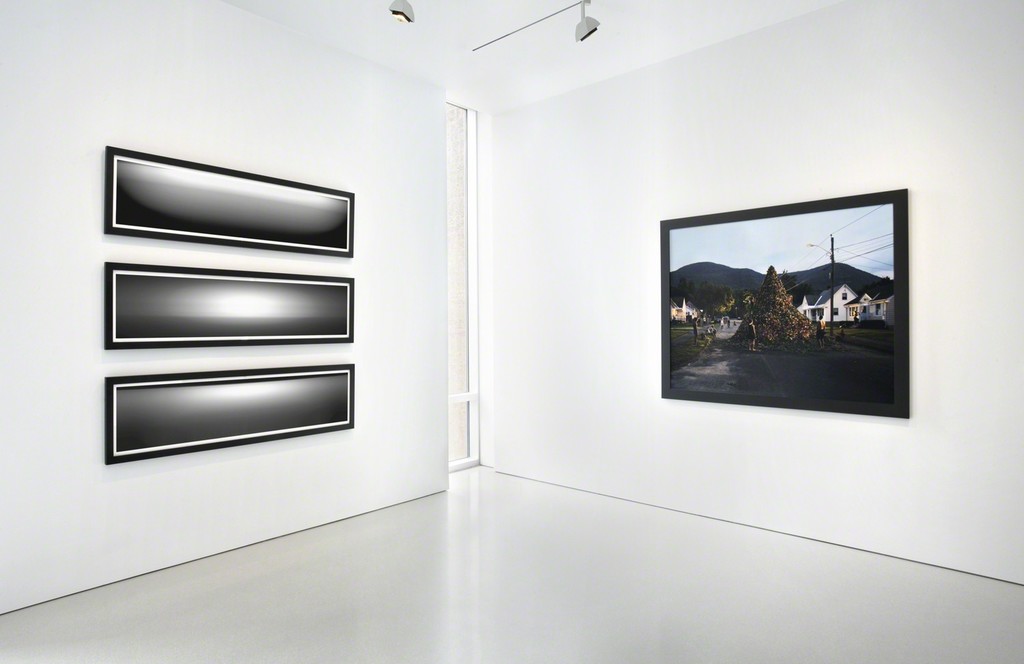 While photography's unique capacity for fiction and distortion is something we now readily accept—even embrace—the persistent use of the medium to evoke fictive spaces has taken on its own critical currency. Since Gustave Le Gray crafted Brick au clair de lune (an 1856 photograph that used montage and exposure techniques to simulate a seascape) artists have used photography to generate illusory spaces, altered landscapes, and non-sites. Over a century later, the postmodern critique of representation in the 1970s sought to completely demolish photography's relationship to reality. In the process, a visual vocabulary of self-reflexive strategies was amassed that was honed and expanded by contemporary artists. Through pastiche, the use of staged or crafted tableaux, the reproduction of built models, or the documentation of simulated sites, the works in this exhibition create subverted analogues of particular places in history, in time, or in collective memory: armed conflicts, space travel, romantic landscapes, and monumental architecture.

Two works anchor the exhibition: Thomas Demand’s Clearing, 2003 (a photograph of a sculptural construction and an implicit critique of a Romantic past) and Andreas Gursky’s 99 Cent (diptych), 2001 (a hyperreal montage evoking the poverty and excess of the future of capitalism). Respectively, this collection of works explores two corresponding trajectories: the formal and conceptual investigation of landscape as a mediated construction, and the simulation of specific spaces of history and spectacle.

About the Curator
Stamatina Gregory is the Whitney Lauder Curatorial Fellow at the
Institute of Contemporary Art at the University of Pennsylvania, where she organized the recent exhibitions "Carlos Motta: The Good Life," "Kate Gilmore," and Odili Donald Odita: Third Space." She is also a doctoral candidate at The Graduate Center at the City University of New York, writing on contemporary landscape photography, geography, and activism. She was a Helena Rubenstein Curatorial Fellow in the Whitney Museum of American Art's Independent Study Program in 2005-06.