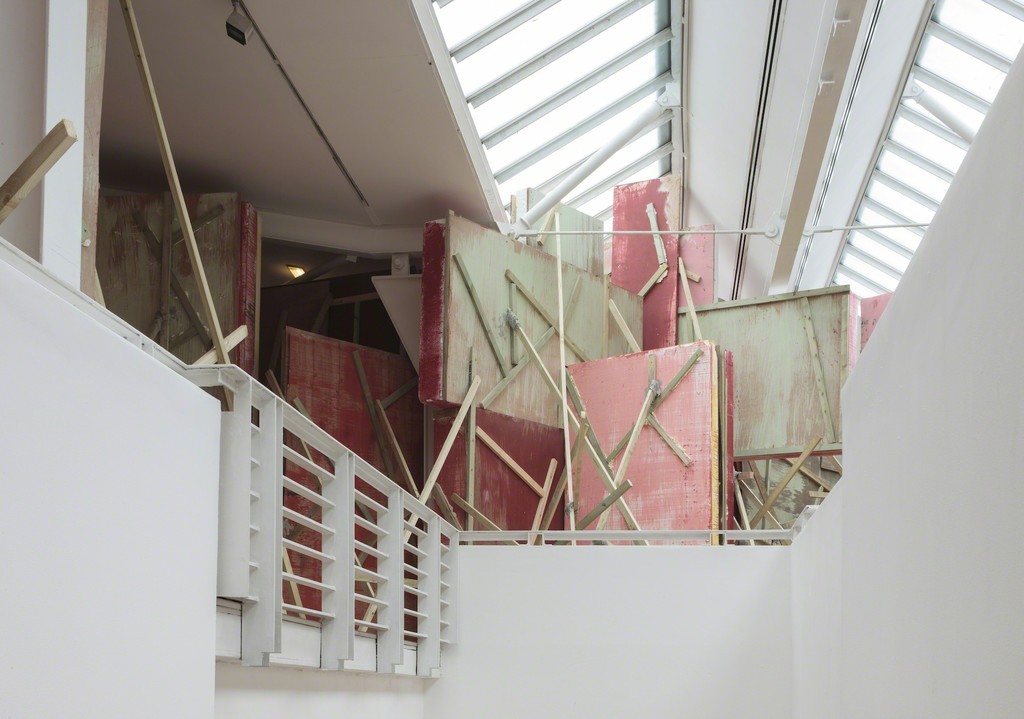 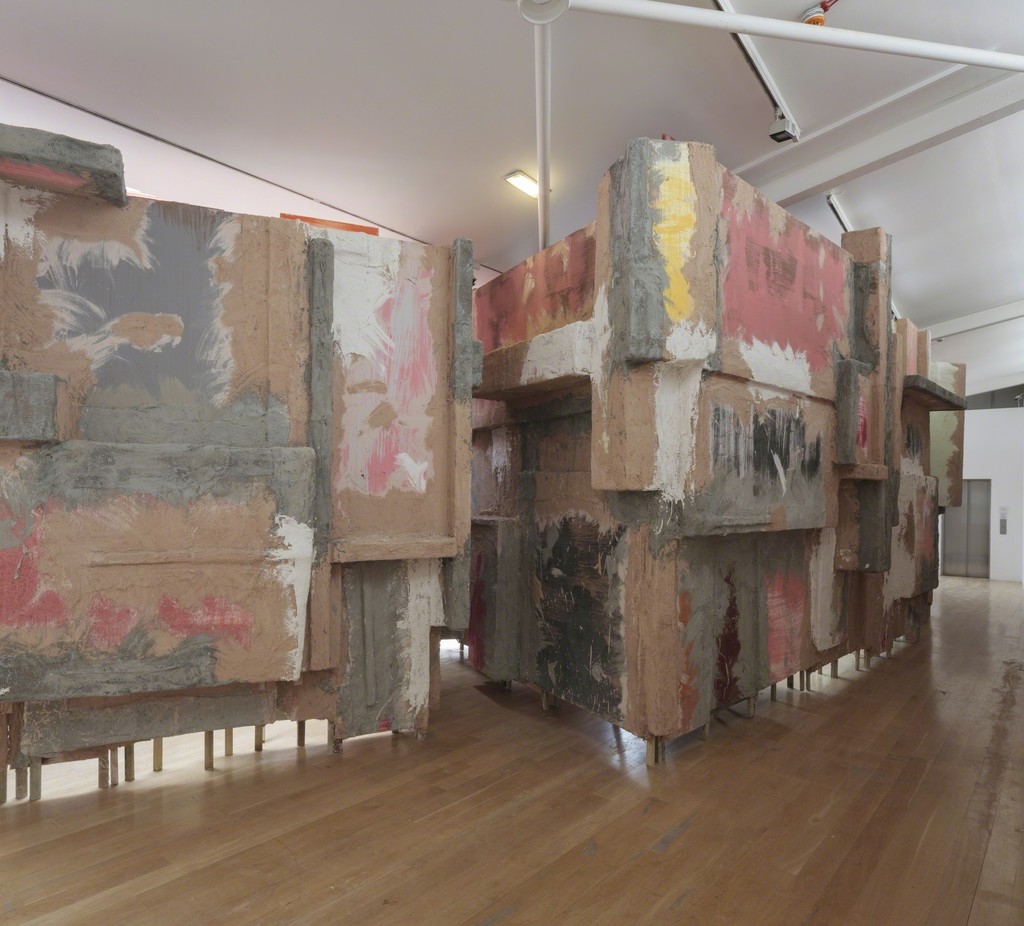 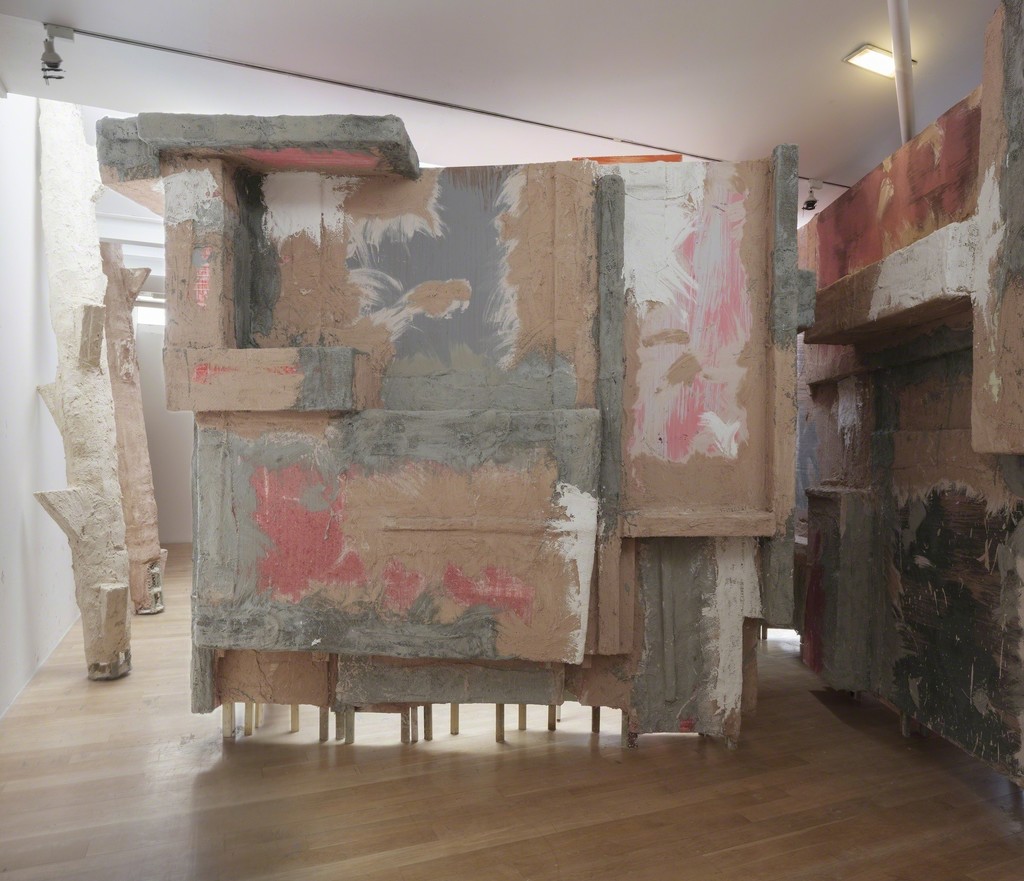 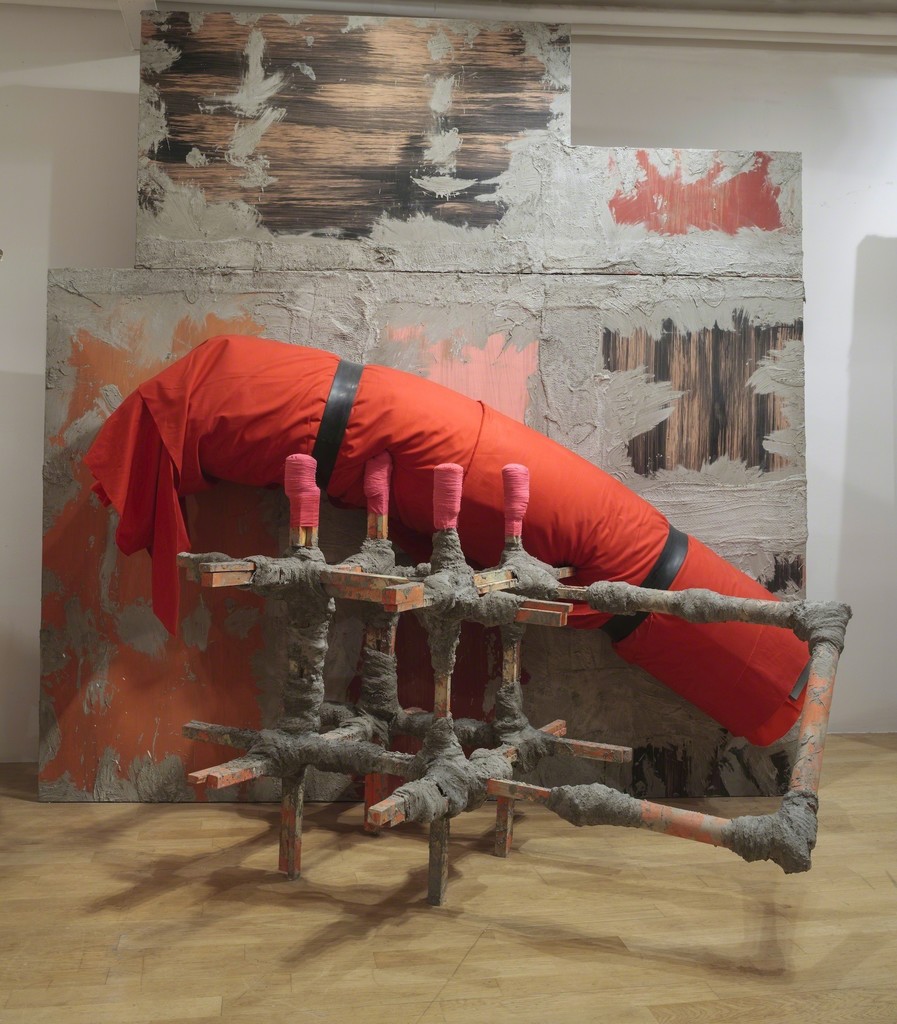 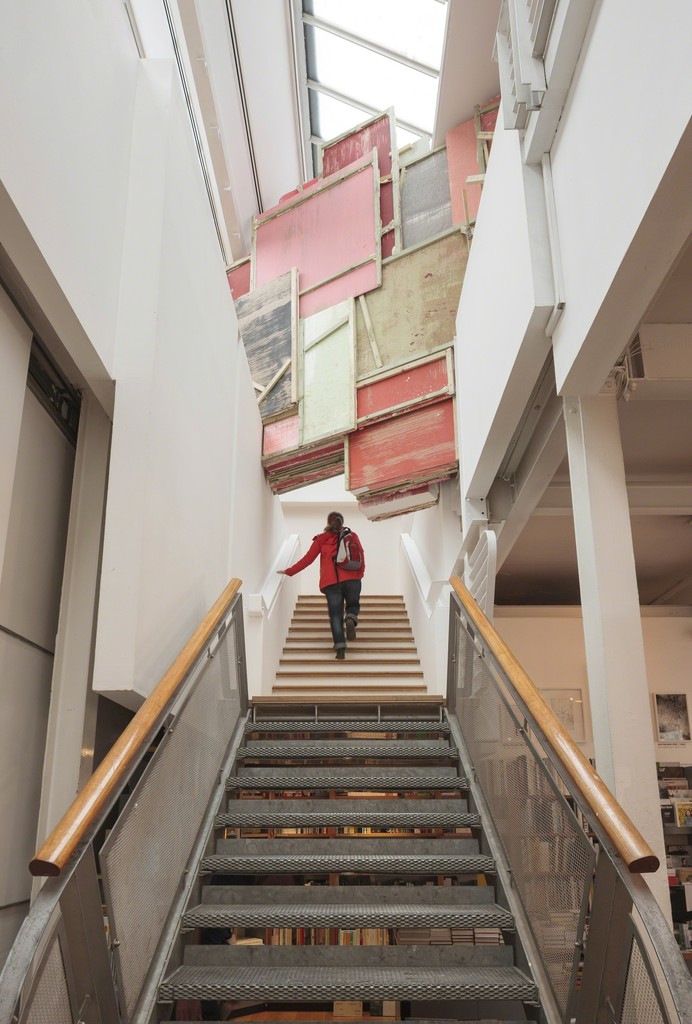 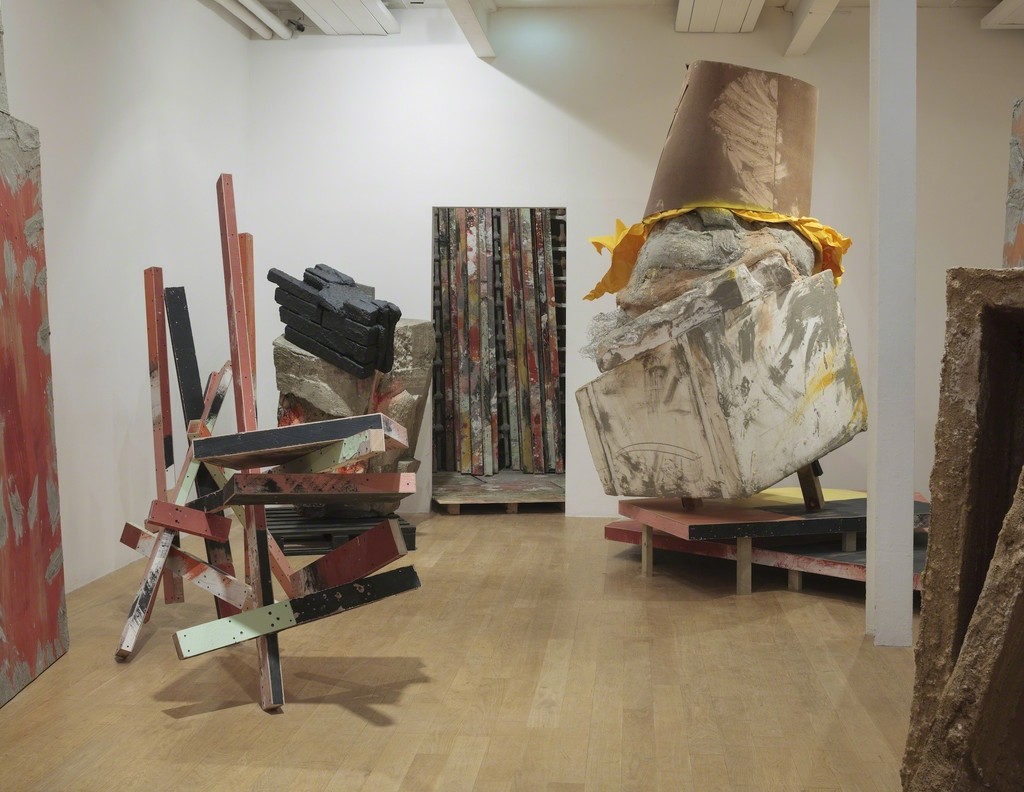 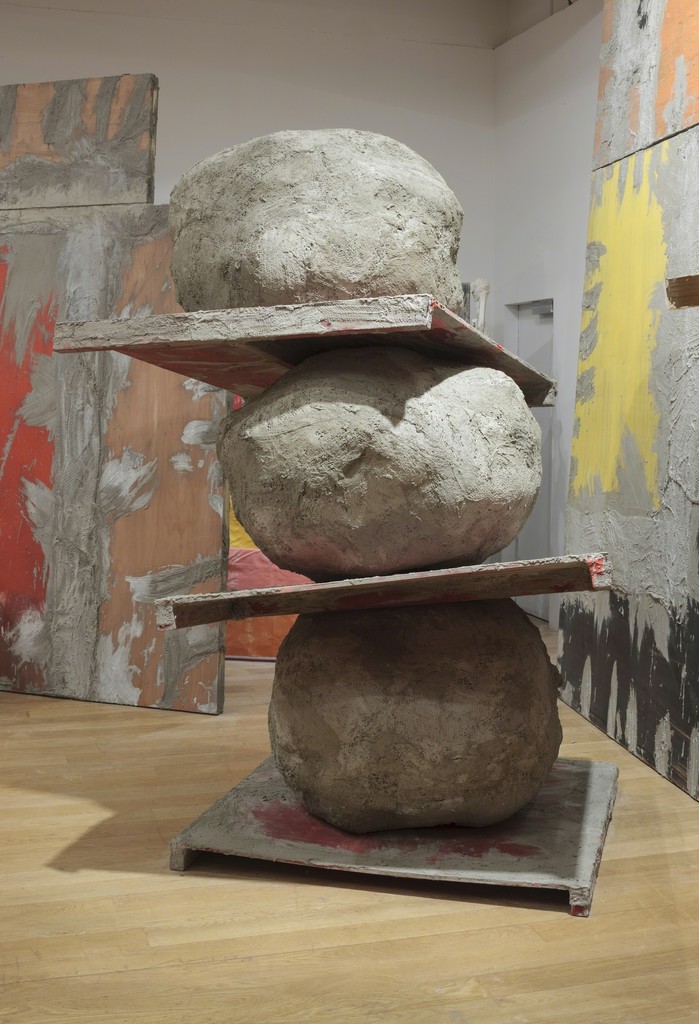 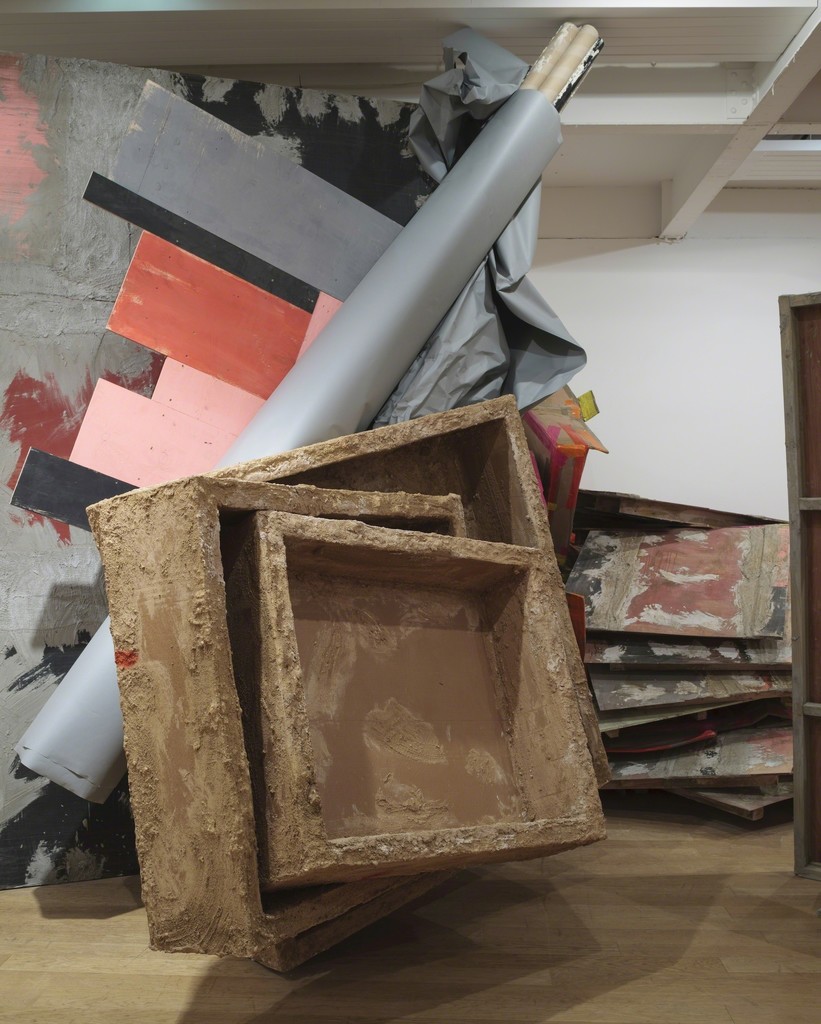 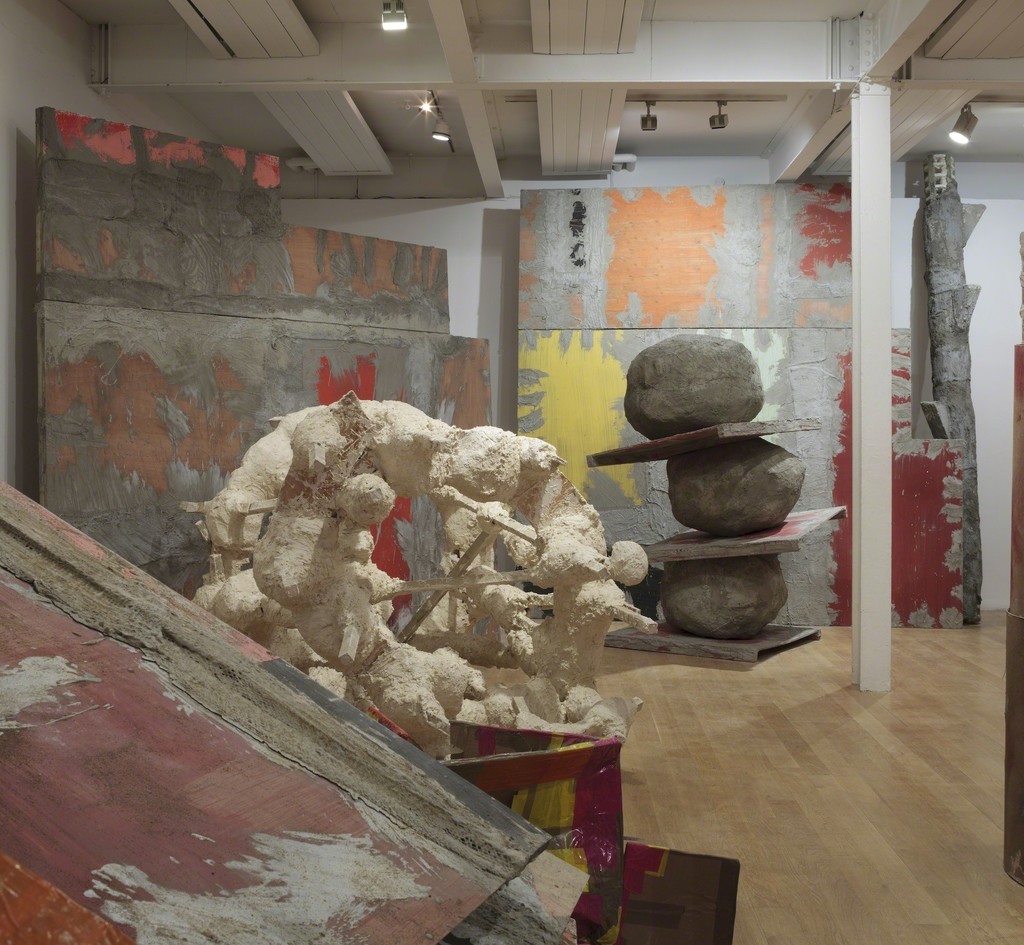 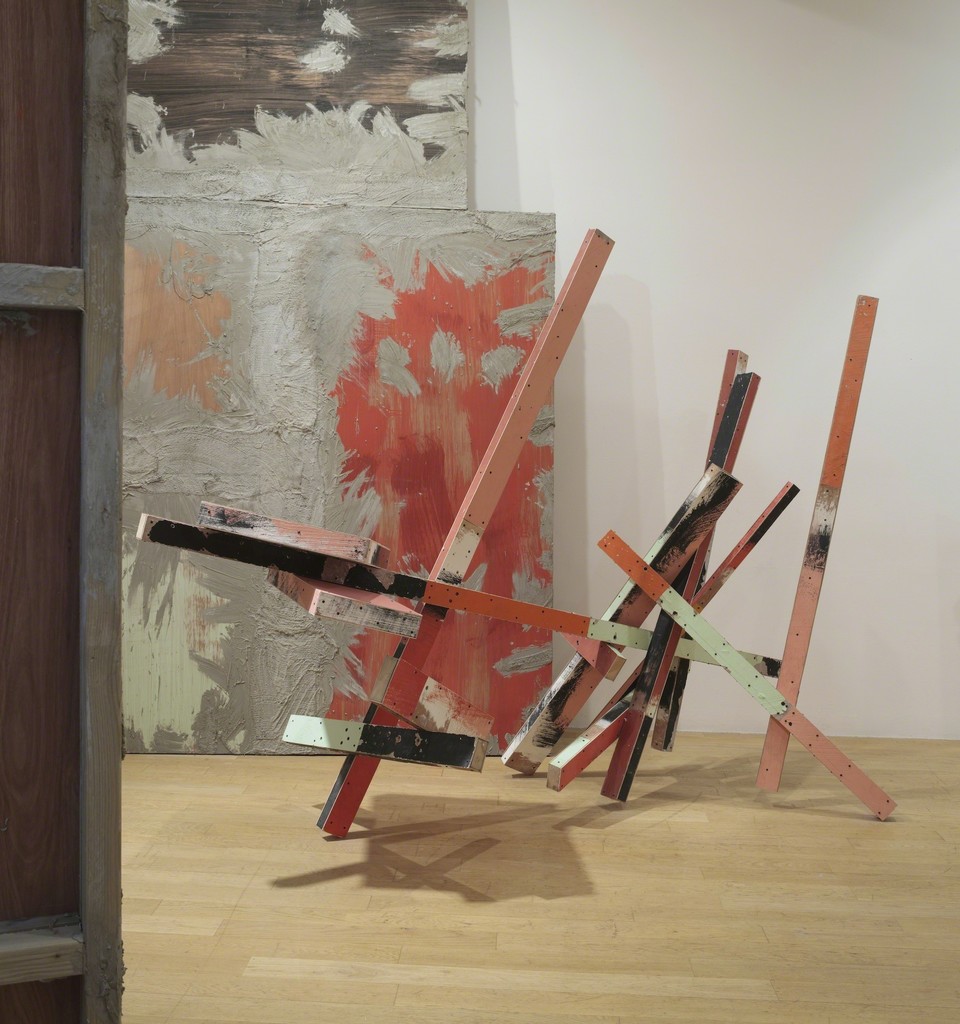 The Fruitmarket Gallery’s summer exhibition is a major exhibition of new work made specially for The Fruitmarket Gallery by Phyllida Barlow, one of the international art world’s brightest stars. Born in Newcastle in 1944, and with a career spanning six decades, Barlow is known for monumental sculpture made from simple materials such as plywood, cardboard, fabric, plaster, paint and plastic. Physically impressive and materially insistent, her sculptures are inspired by engaging with the outside world, and with the experience of living and looking. Barlow’s most recent success was dock, made for the prestigious Duveen Commission at Tate Britain, which challenged the architecture of the grand entrance galleries with breathtakingly large yet curiously homely sculptures. We are very proud that now she has agreed to work her magic on The Fruitmarket Gallery, with an exhibition that sets out, in her own words, to ‘turn the Gallery upside down’. She is making a new series of large sculptures that will engulf the Gallery in art, spilling from the upper gallery over the staircase and into the ground floor, enticing the visitor from the street and into the world of her visual imagination.

A new monograph has been produced by The Fruitmarket Gallery to mark this exhibition, Phyllida Barlow: Sculpture 1963–2015, written by Frances Morris, Director of Collections, International Art at Tate. Reproducing many works never seen before, this major monograph illustrates more than 100 works, and is an indispensible resource on the practice of this important British sculptor, who continues to be lauded by artists and critics for her work, and for her influence on several generations of artists. The publication includes images of Barlow’s installations at The Fruitmarket Gallery, Nasher Sculpture Center, Dallas in 2014, Tate Britain, Hauser & Wirth Somerset and London, the 55th Venice Biennale, and the 2013 Carnegie International, among many others. Published by The Fruitmarket Gallery and Hatje Cantz.

The Fruitmarket Gallery shows the work of some of the world’s most important Scottish and international artists. We are committed to making contemporary art accessible without compromising art or under-estimating audiences. We aim to bring artists and audiences together, recognising that art can change lives and offering an intimate encounter with art for free. We make exhibitions, commissions and publications directly in collaboration with artists. We celebrate new thinking, and offer an international platform for artists, curators and writers, whether they have made their reputation here or abroad. The Fruitmarket Gallery welcomes all audiences. We make it easy for everyone to engage with art, encouraging questions and supporting debate. The Gallery is publicly funded and not-for-profit. It is Regularly Funded by Creative Scotland, the Gallery’s sole regular public funder which provides around 50% of the Gallery’s income. The remainder is generated through commercial activities (25%), such as profits generated through the bookshop, sales of Fruitmarket Gallery publications and limited editions, rental of the cafébusiness and corporate event hire of gallery spaces, and fundraising (25%) from individuals, businesses, trusts and foundations.