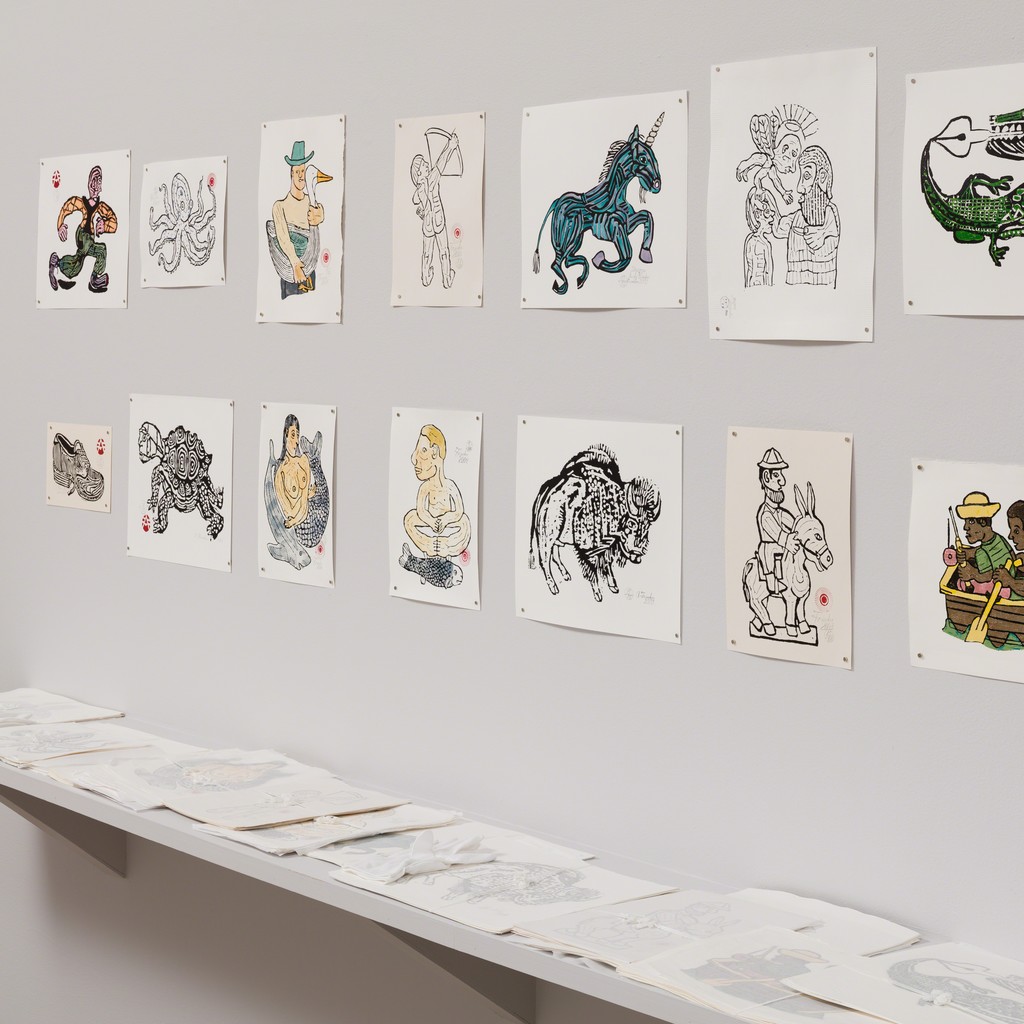 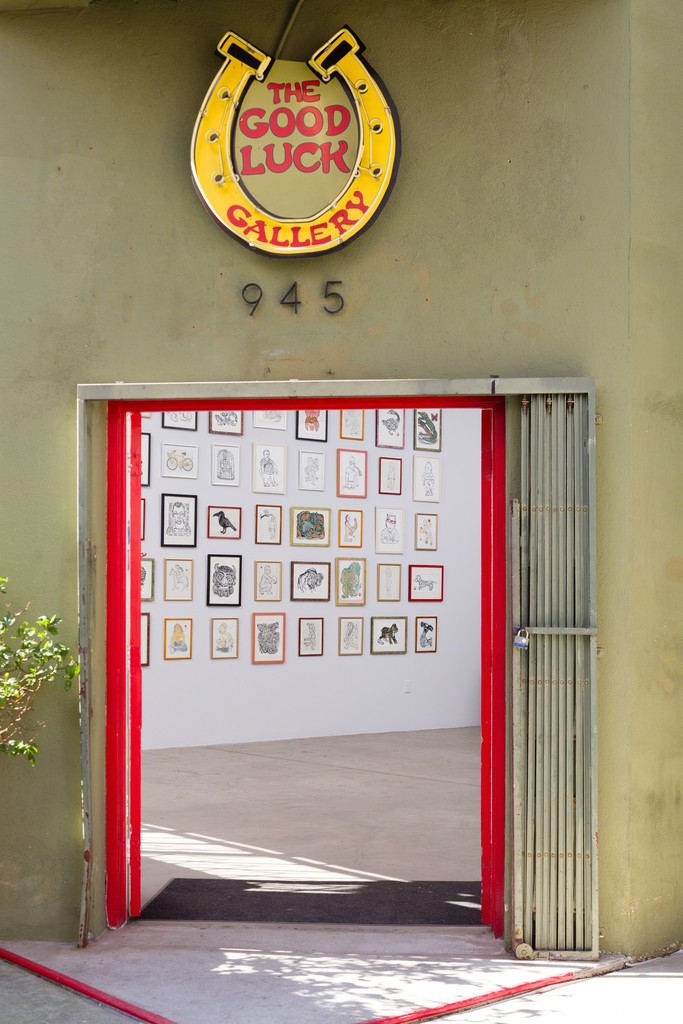 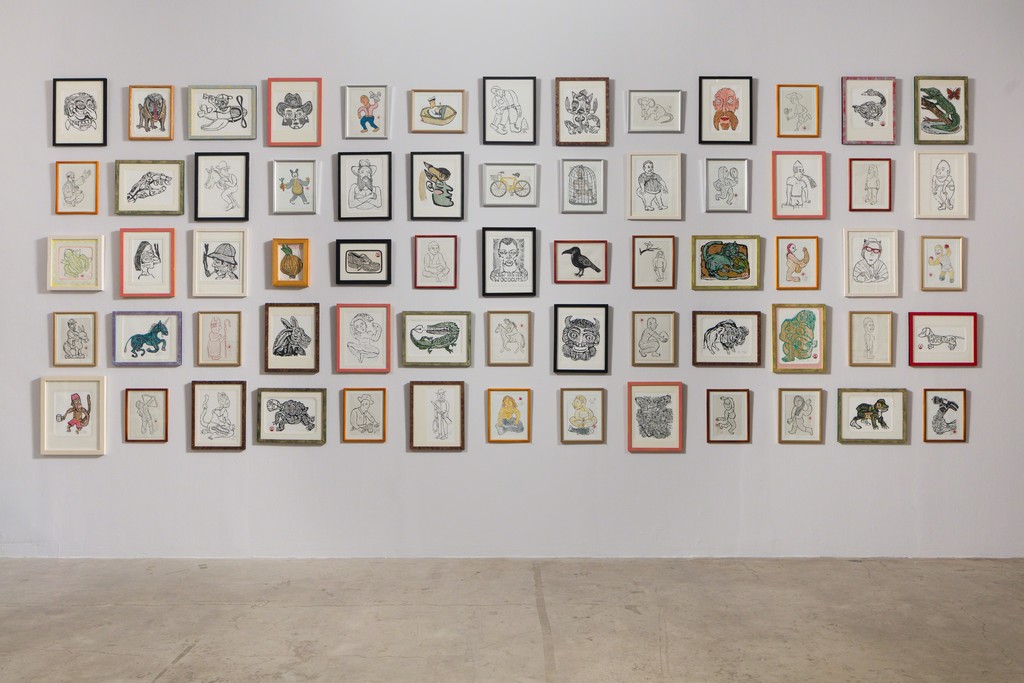 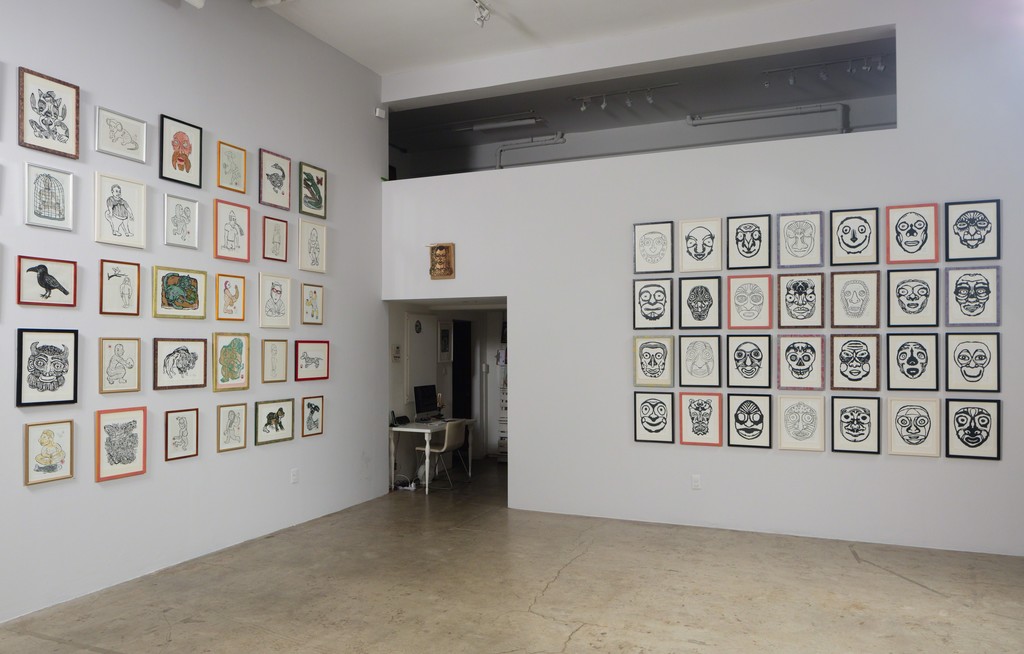 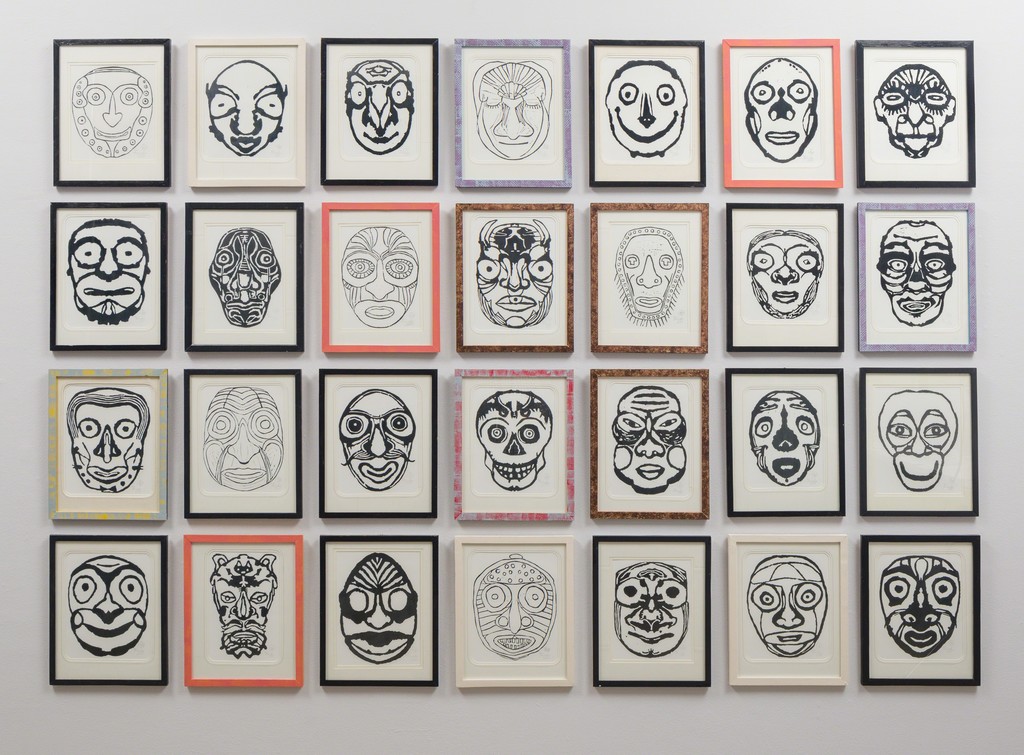 A familiar figure in Lancaster during his lifetime, it wasn’t until after Frieder’s death at the age of 55 that the full extent of his vast art practice was discovered. In the second solo exhibition of Frieder’s work with The Good Luck Gallery, the artist’s extensive collection of wood block prints will be featured, inspired in part by the 2016 Lancaster Museum of Art and History (MOAH) exhibition Andrew Frieder: From Spirit to Discovery.

In an extravagant salon style installation in accordance with Frieder’s wishes, the exhibition will emphasize egalitarian accessibility - a cornerstone of Frieder’s personal ideology - alongside more significant historical contributions. Created using a painstaking multi-layered method of his own design, Frieder’s engrossing prints plunge from mythical animal-human hybrids to his characteristic religious iconography. Imbued with a stark physicality, Frieder’s work culminates in a series of dynamic masks founded on anthropomorphic Rorschach inkblots.