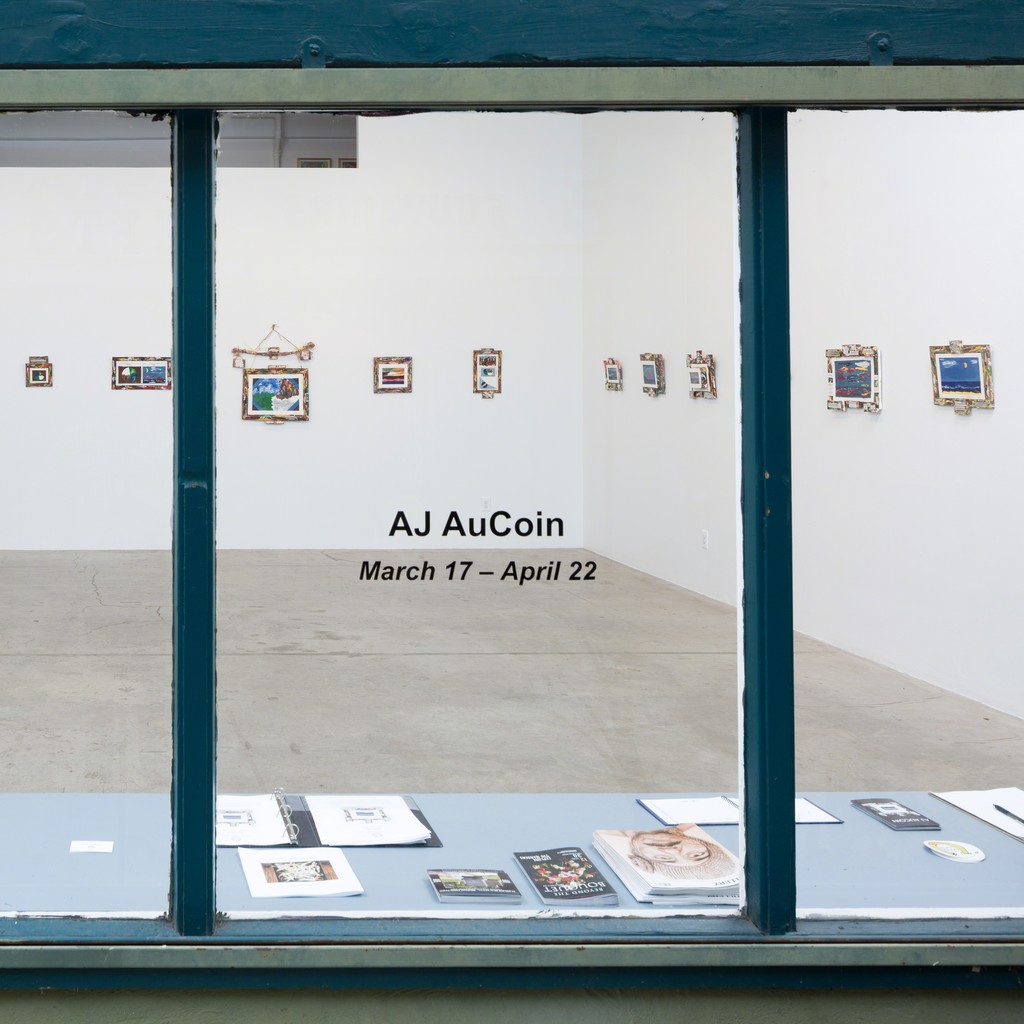 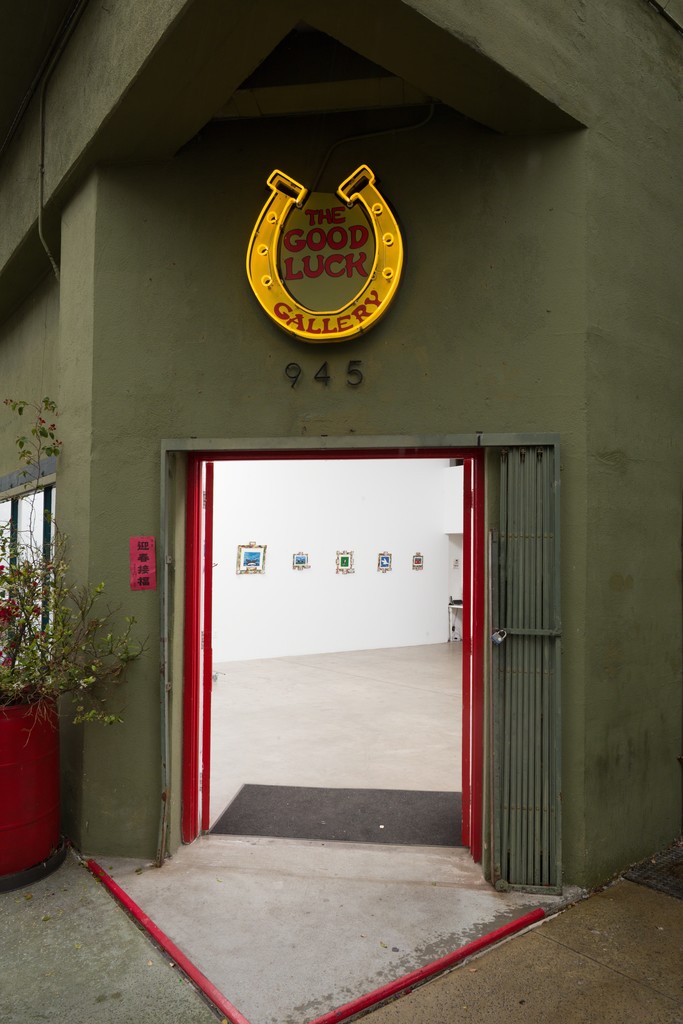 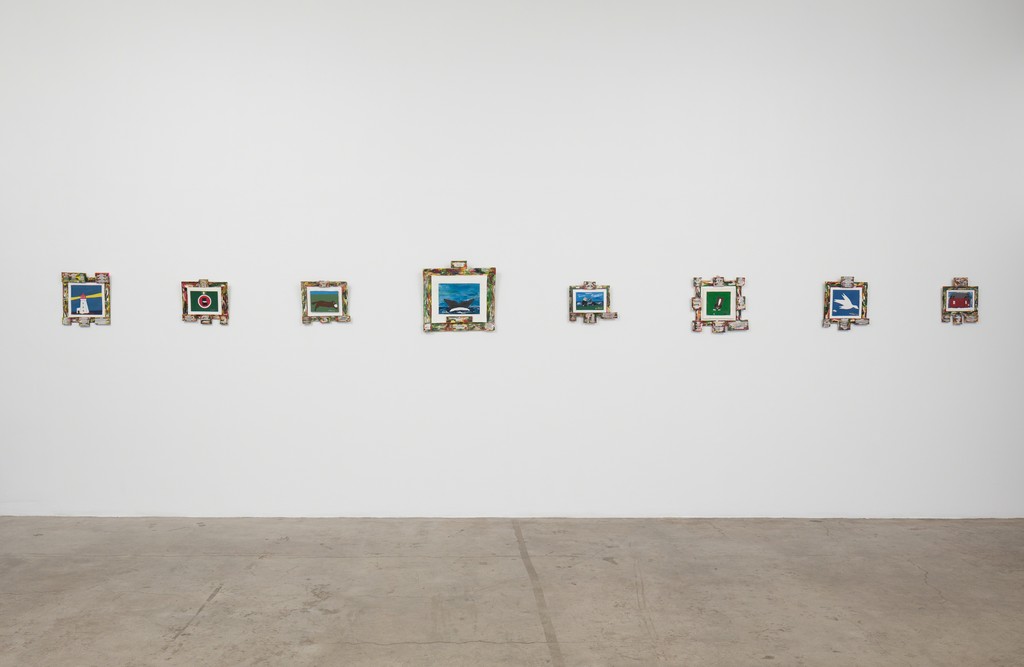 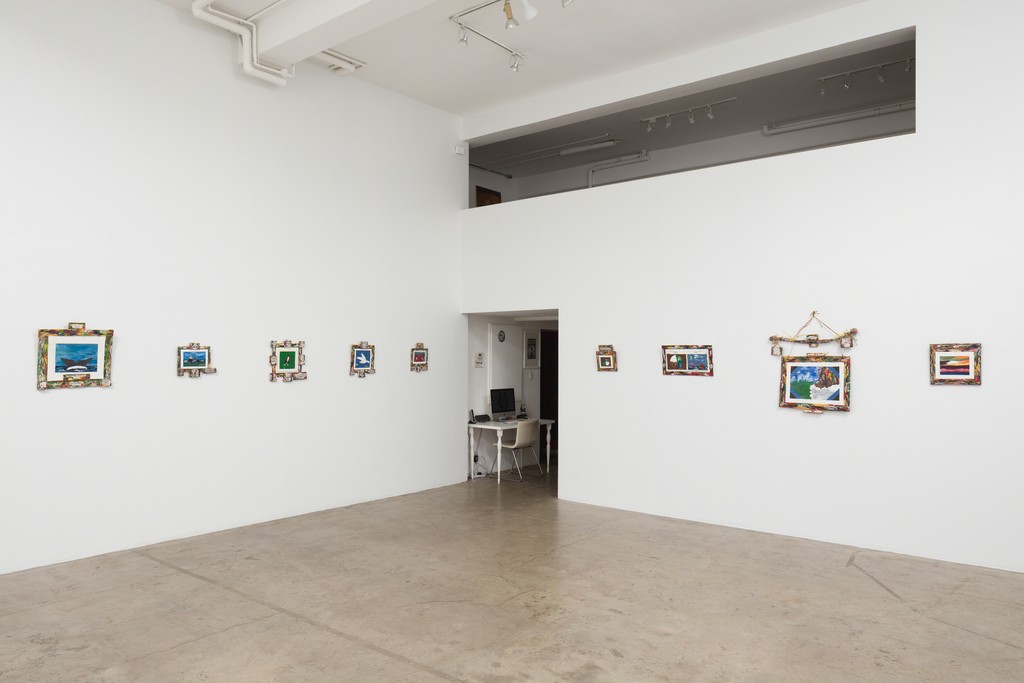 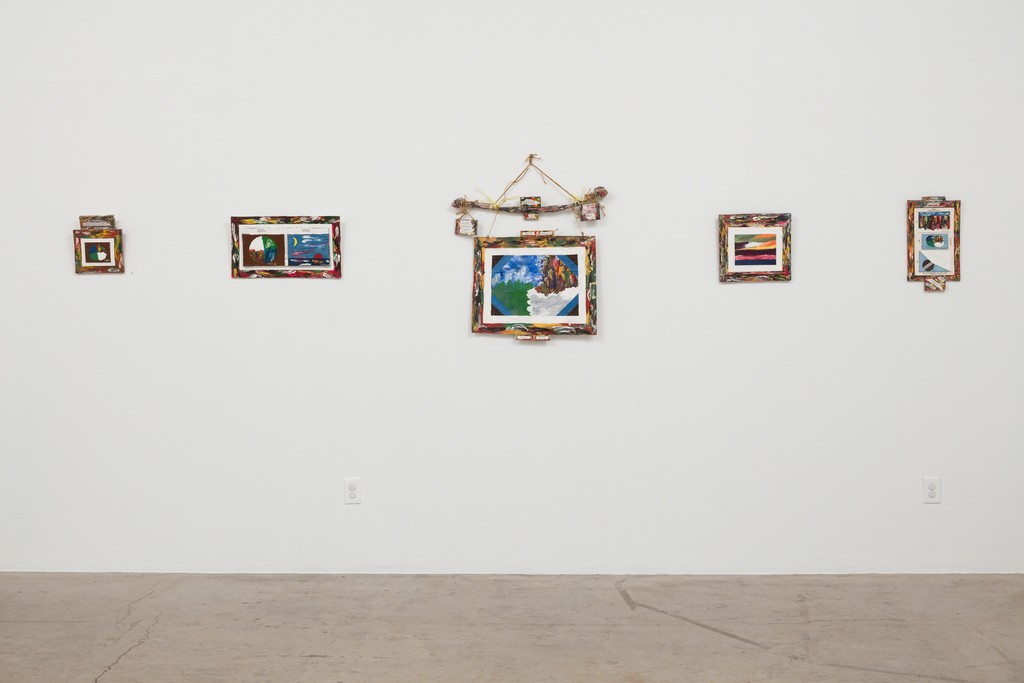 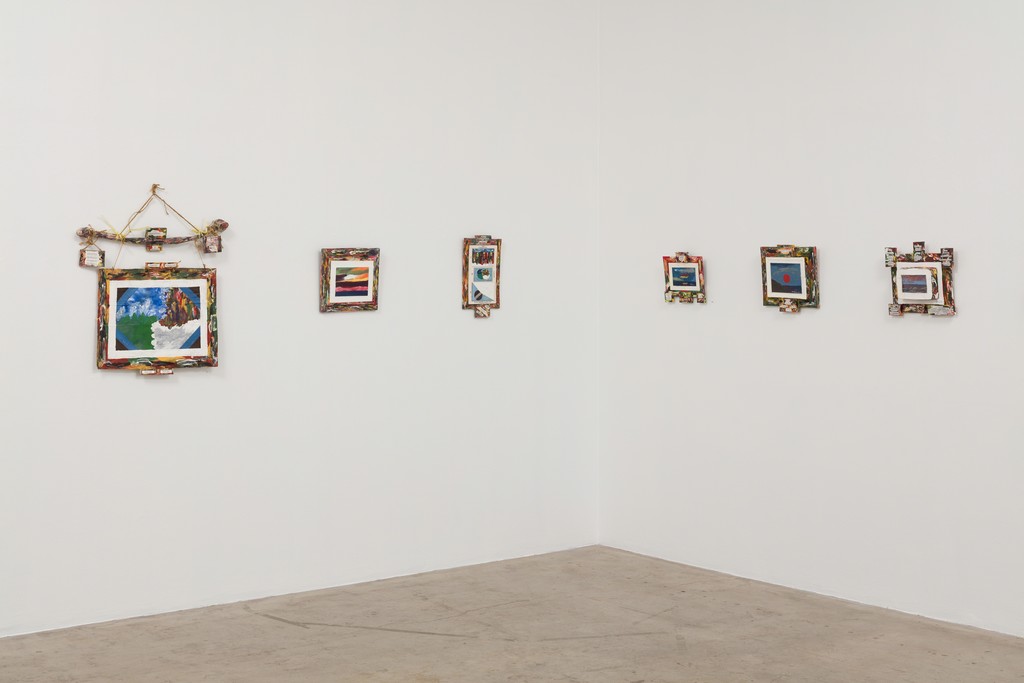 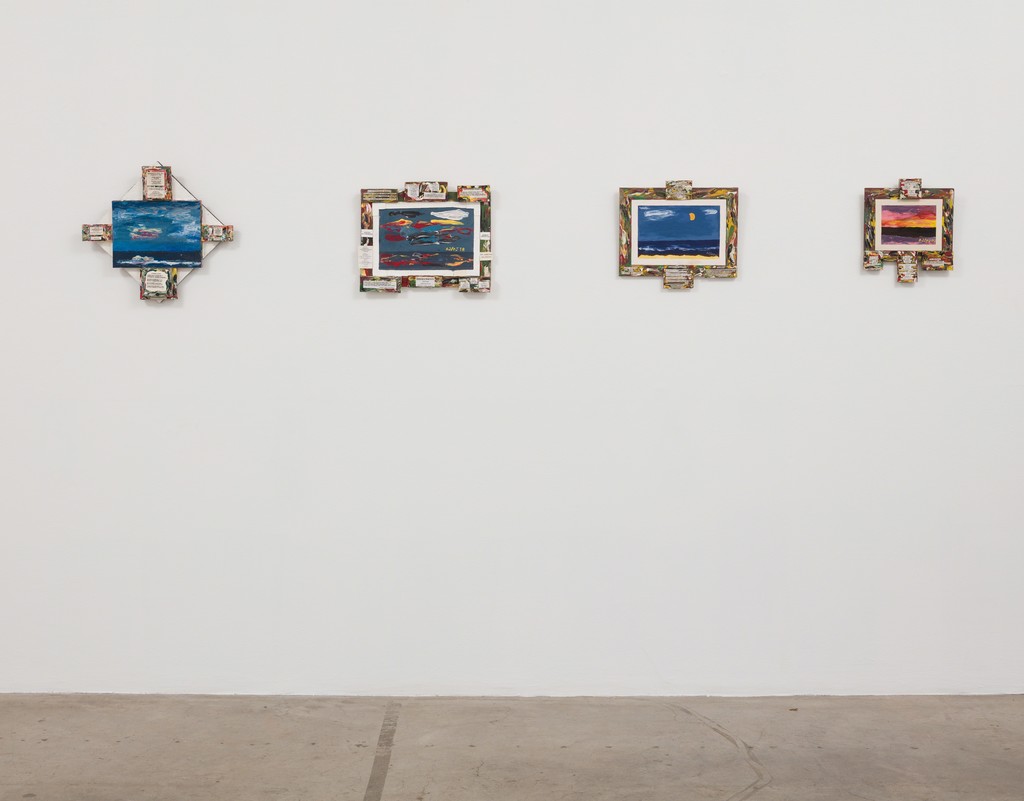 A poet first and foremost, AJ AuCoin’s evocative multi-layered paintings on cardboard and canvas are designed to enhance and adorn his sonnets. Growing up with French spoken at home, English in school, and Gaelic gleaned “on the streets” of his largely Scottish hometown, language has always been crucial to AuCoin. Poetry in the form of sonnets began pouring out of AuCoin as a teenager, utilizing all three languages, but he only started painting at the age of 66 after retiring from his job as a “raker man” paving roads. Now 85, AuCoin’s passion for the natural beauty around him is palpable, noting that he never truly appreciated the exquisite scenery until he began painting it.

A Moment in Time

Featuring paintings created with his fingers in lieu of brushes and using a palette of red, white, green, blue and black paint procured from a dollar store, AuCoin’s work often references images from the local newspaper. Remarkable sunsets, however, are so ubiquitous on Cape Breton Island that AuCoin paints them from memory.

An avid harness racing devotee (a form of horse racing in which horses pull a two-wheeled cart), AuCoin never misses a race during the season and the racing slips later make an appearance as the lettering for his poems and text. Using layers of found cardboard to create the structure of his artwork, AuCoin also constructs masterful hanging apparatus for the back, adding both sculptural and practical aspects to his work. Signing his art AJ/AJ, AuCoin explains that the first AJ represents the Id which creates, while the second AJ represents the Ego which achieves.