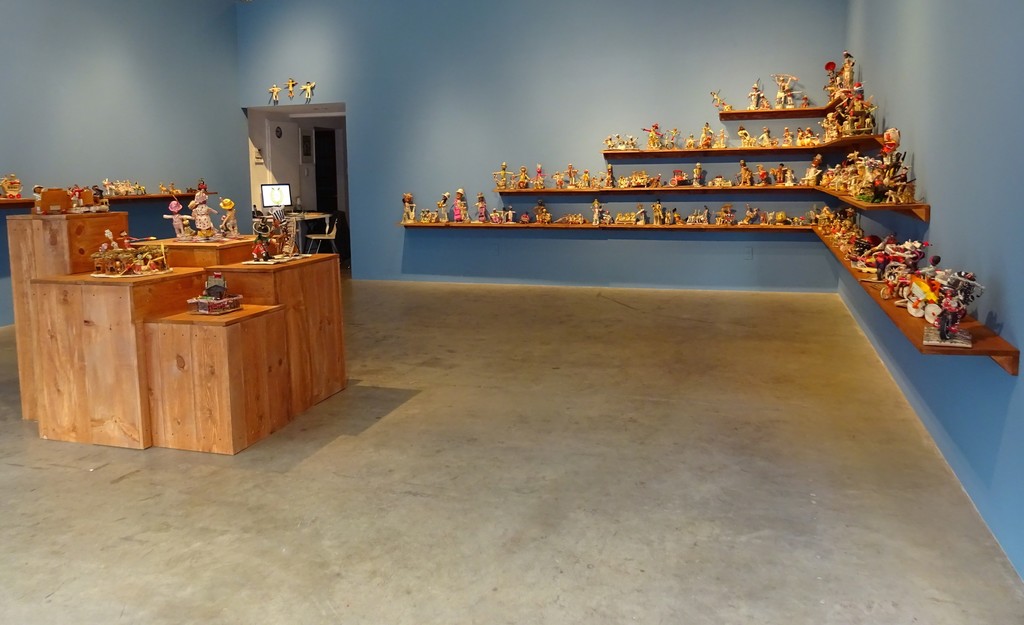 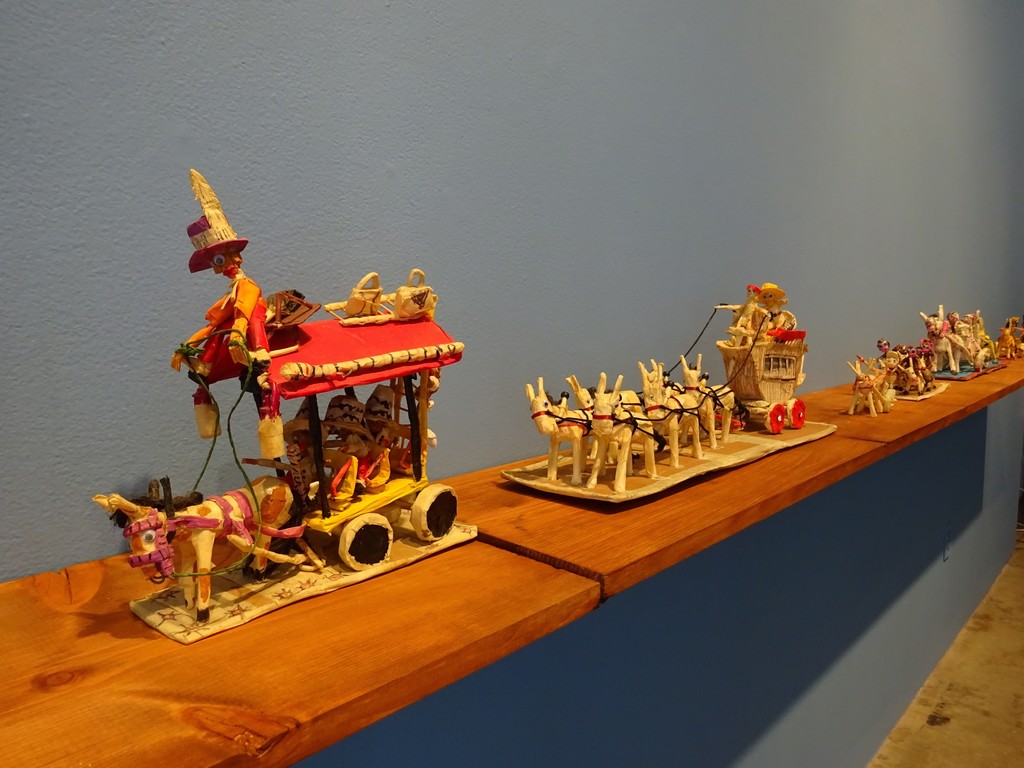 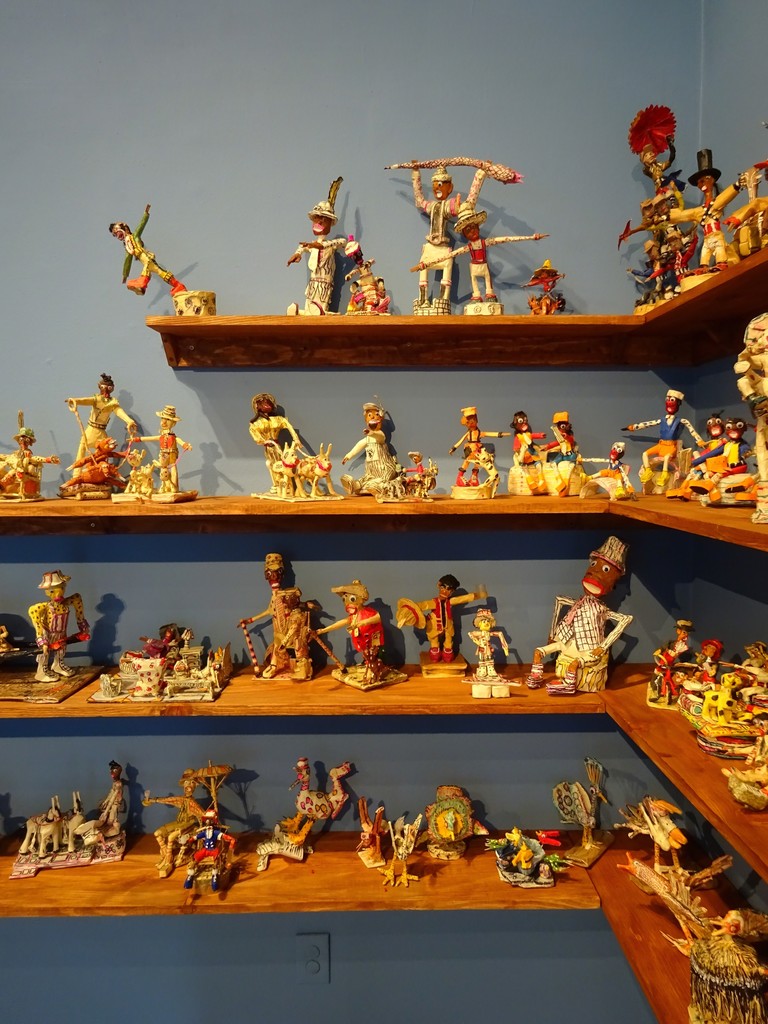 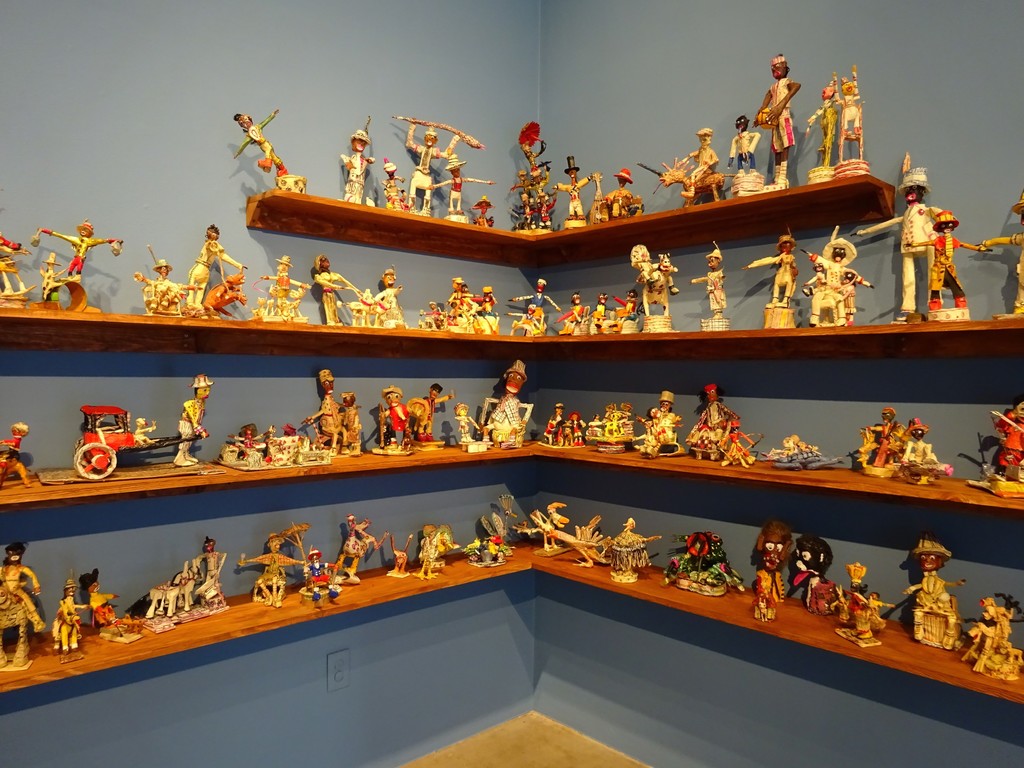 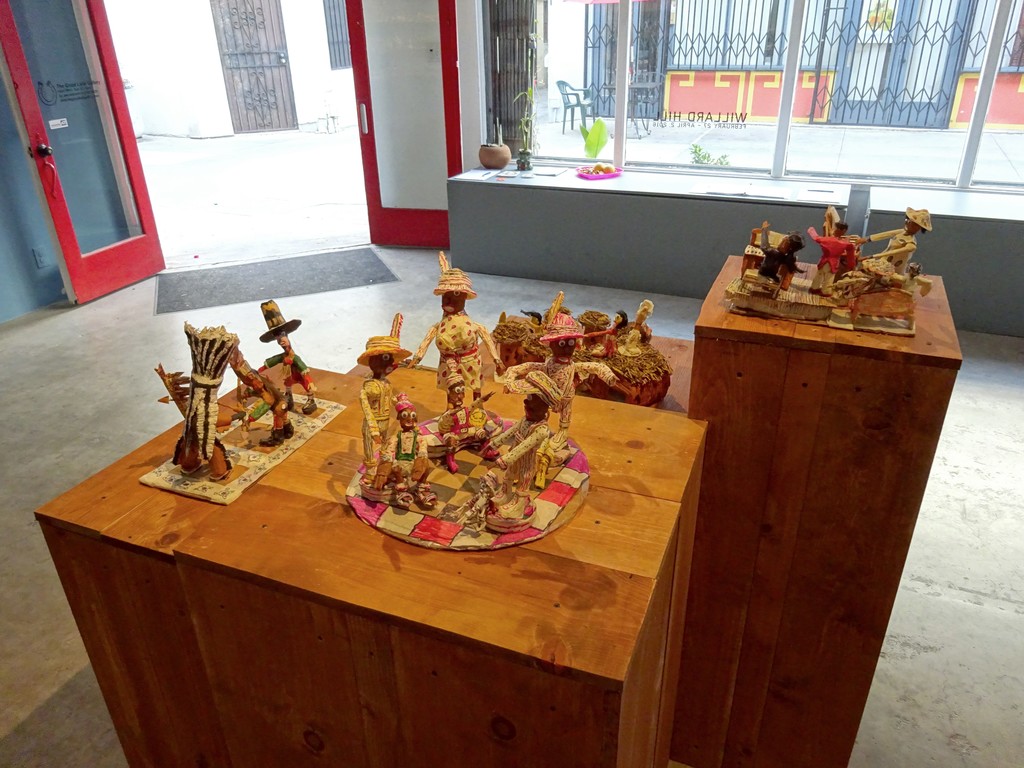 In the world of self-taught art there are some artists that start late in life and just keep going, fueled by an irrepressible need to create. Such is the case with Willard Hill, of Manchester, Tennessee. Twenty years ago, after being hospitalized with a hernia, Willard – giving full credit to God – started making small sculptures from toothpicks, masking tape, coat hangers, cotton balls and fragments of his wife’s wigs, among other things. “It’s amazing what you have down in you and don’t even know it until you start doing it,” says Willard, who for the previous 60 years worked as a cook in his hometown.

“There’s nothing that I can’t make something out of… whatever it looks like, that’s what I make it be,” he explains. These miniaturist treasures possess a singular charm and beauty in which Willard’s personality and unique skill clearly come across: both innocent and shrewd, with a rough-hewn elegance, his delicately carved figures resemble animated characters from a Bill Traylor drawing. Very much a part of his community, depictions of rural and small town life feature prominently in his oeuvre, including intricately-wrought renderings of his local church.

Until recently, Willard only sold his work to locals and never expected it to be seen beyond his porch. As he says, “I make art just to make.” Abundant evidence of his astonishing output can be found in his house: a dusty phantasmagoria of constant productivity with every surface covered by his sculptures, leaving so little space for regular domestic activity that his wife has pleaded with him to slow down. “I ain’t going to stop,”Willard insists. Although the house will be somewhat lighter owing to growing sales and the more than 100 pieces that will be on display at The Good Luck Gallery from February 27 to April 2, 2016 at what will be the first solo show of Willard Hill’s extraordinary work.