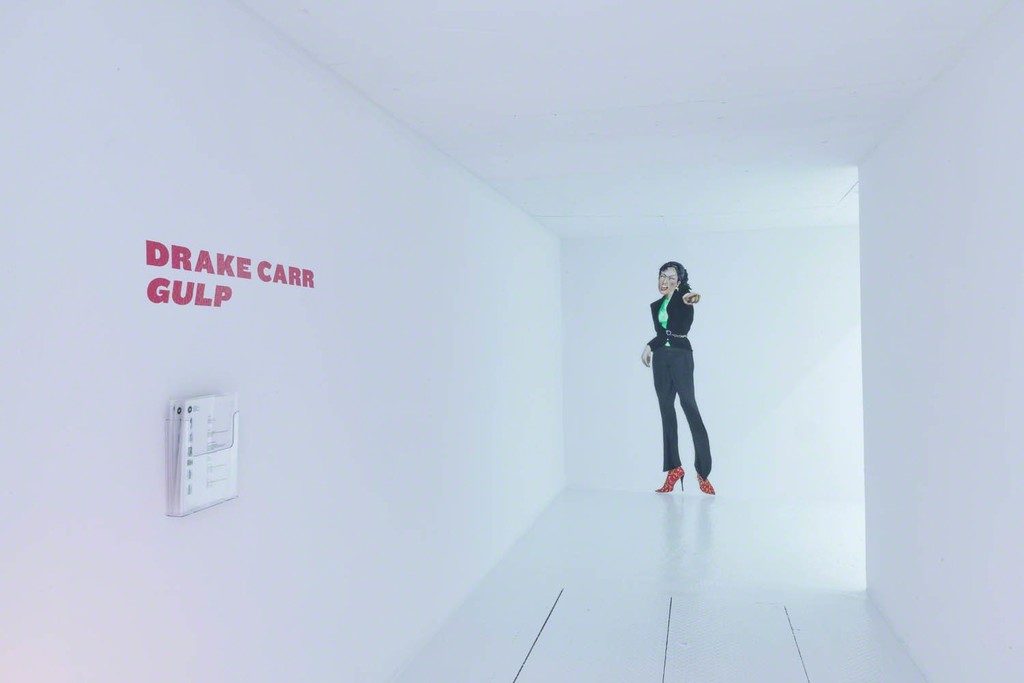 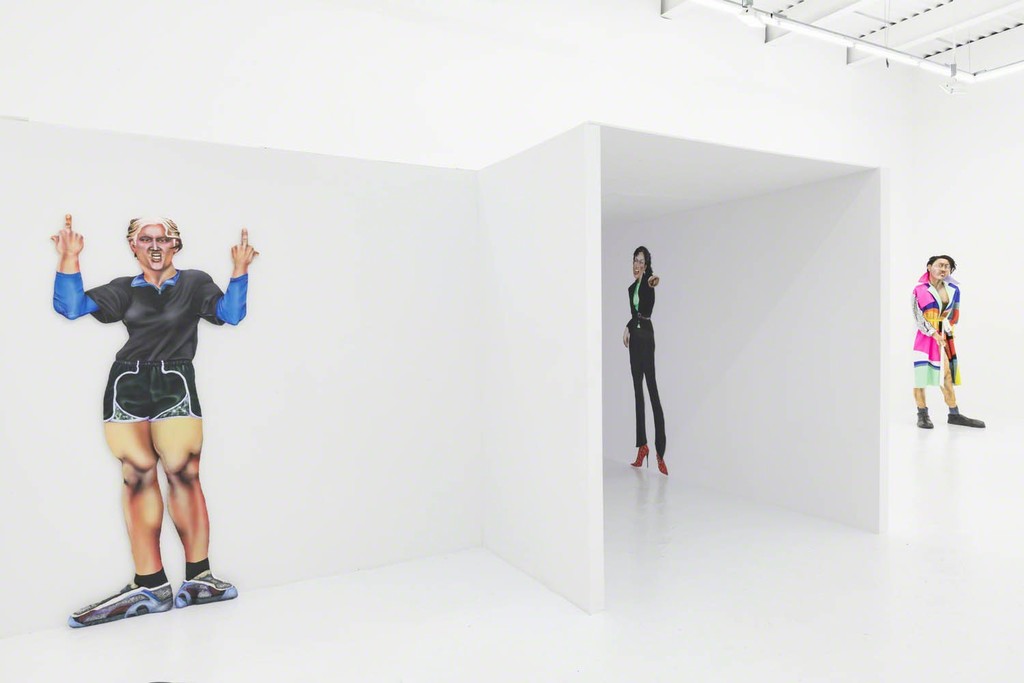 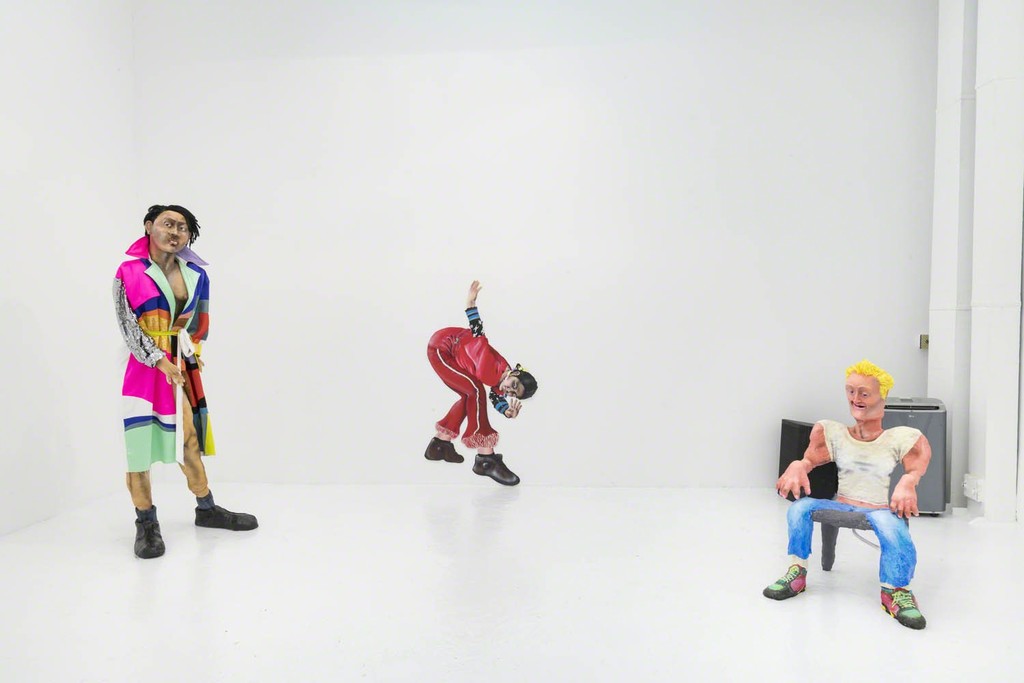 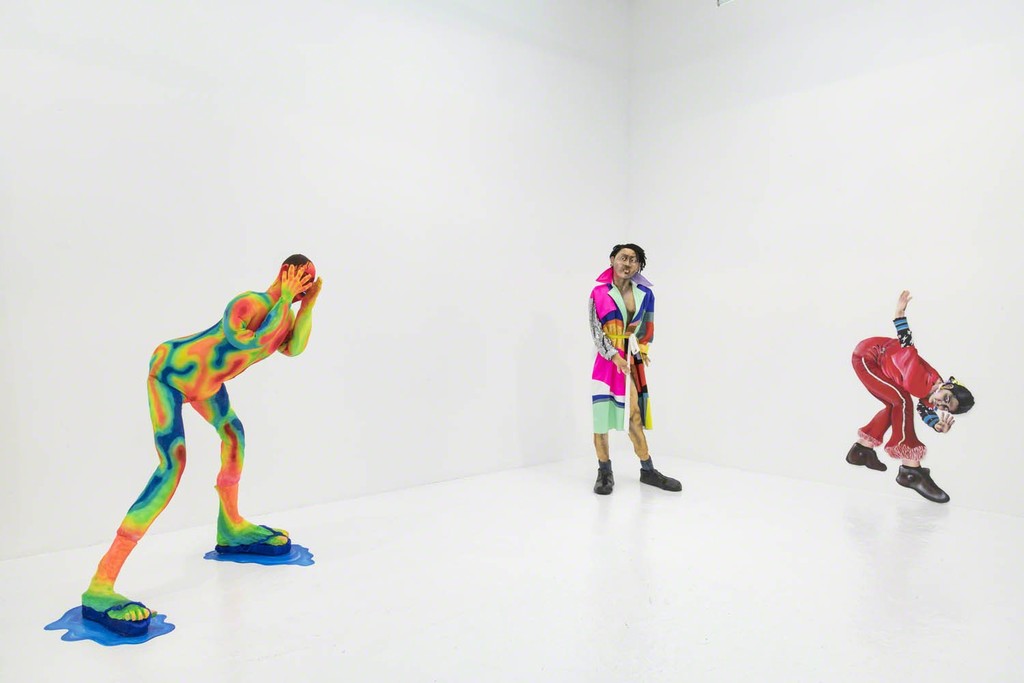 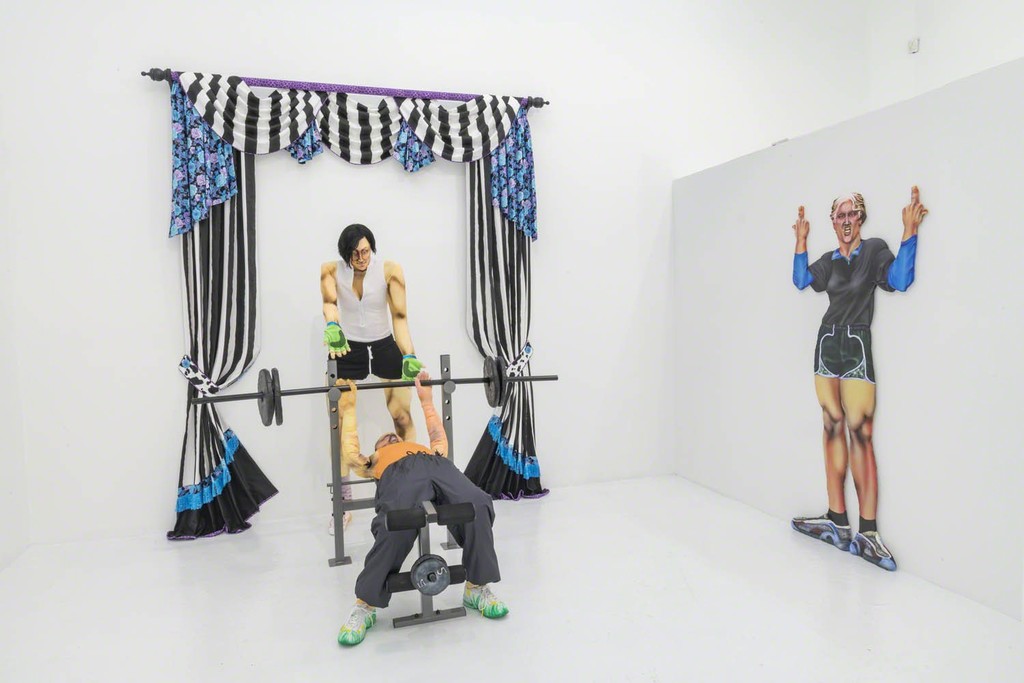 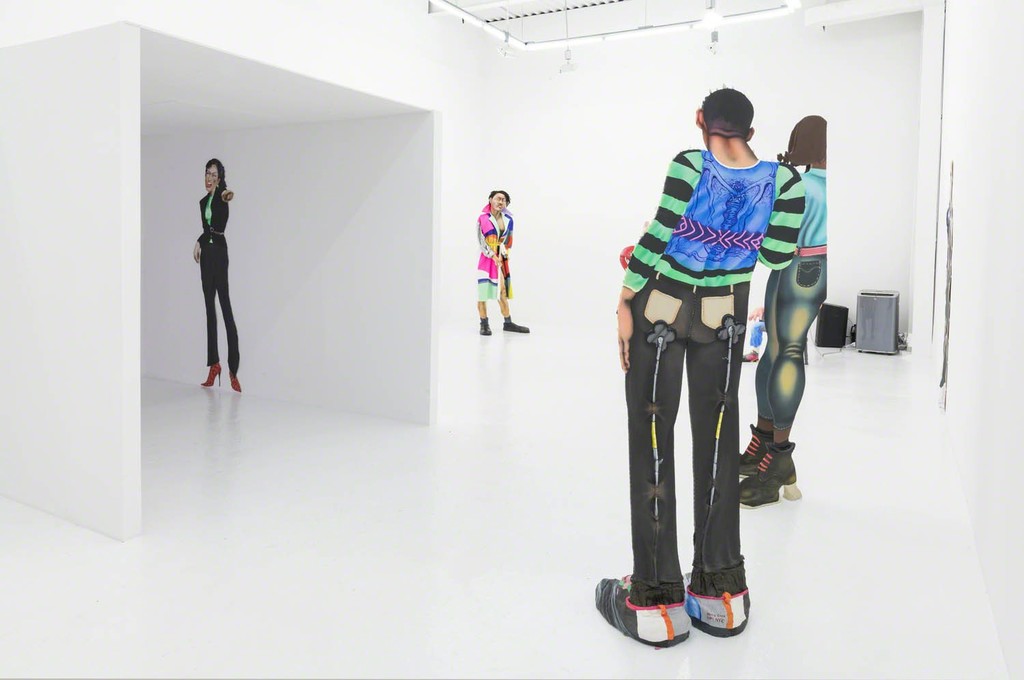 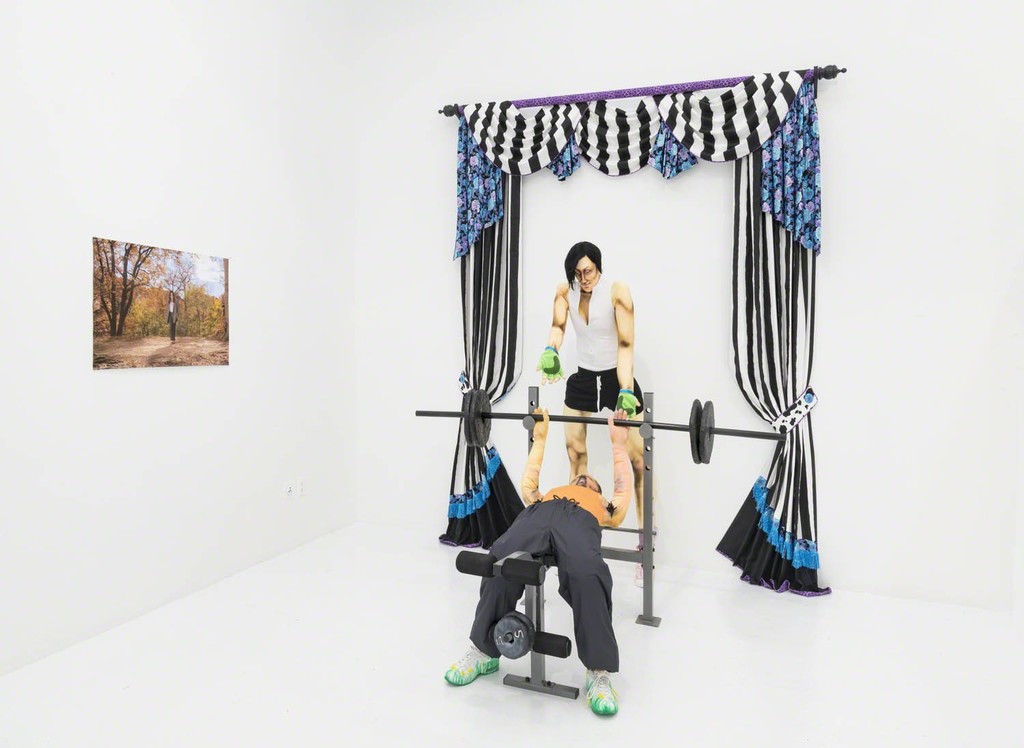 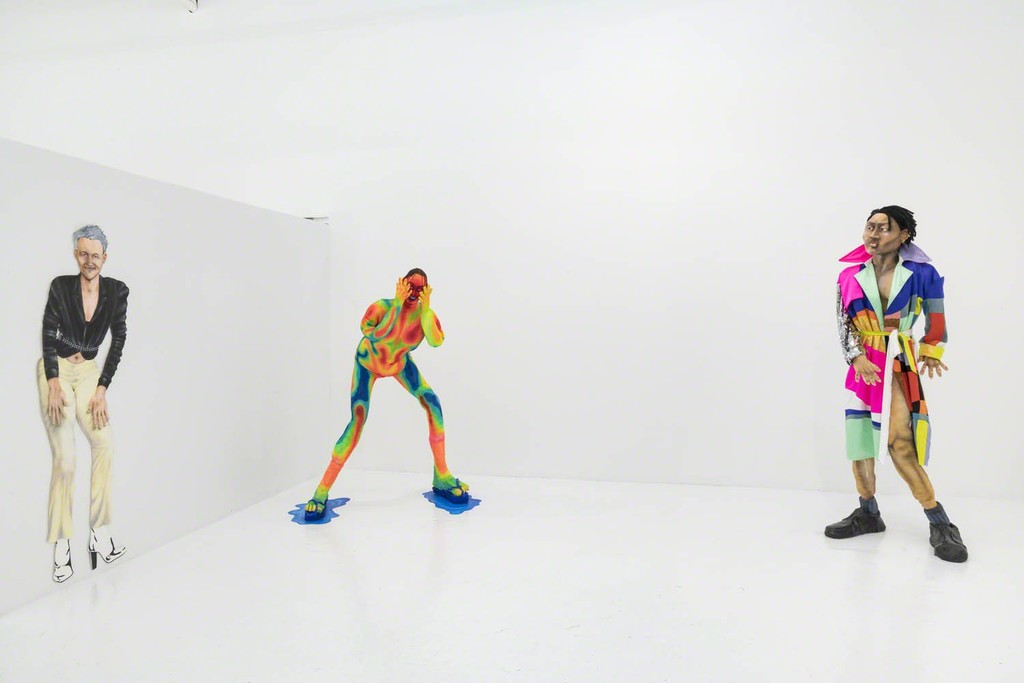 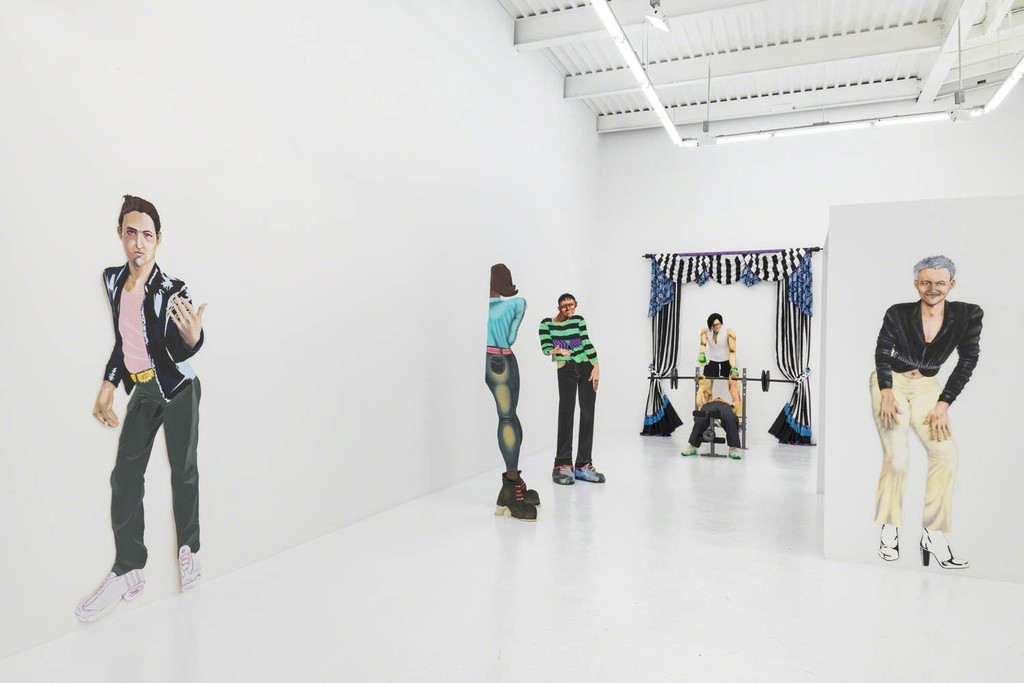 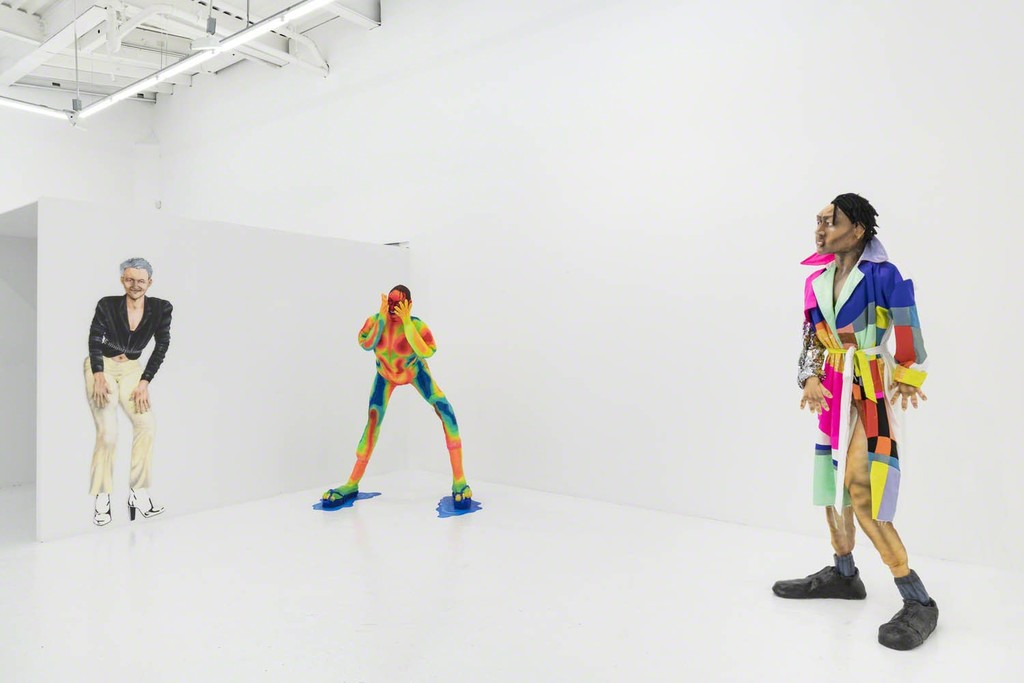 Drake Carre presents Gulp, a new series of figurative sculptures composed in two parts. Like the composition of an album, Carr's sculpture ensemble segues between genres, time signatures, and themes to populate a scene built of multiple tracks. Irregularities in scaler and texture animate and describe the boundaries between each of the figures, casting kaleidoscopic patterning as the crux of the soiree's representational and interpersonal logic. Stuffed and dressed, bodysuits and armatures shuffle and skip (like a scratched CD) in a warp of orientations.

Gulps, bong rips, drips, spits, and sweats echo through the exhibition, combining autobiographical details with social and political matters. The first tableau, a scene in which one figure encounters another whilst bench pressing, Carr saturates with the emotional memory of his parents' first meeting. Referencing his mother's window dressing business, Carr frames the tableau with a window treatment co-authored by his mother. In the second room, Carr draws, again, from his upbringing in mid-Michigan, to draw attention to Flint's ongoing water crisis. Posed in fits of sarcasm and frustration, the figures of the second room recall and perform their inability to change the weather. The host of details underpinning the exhibition are not lost in the activity of the works; instead, these details cohere amidst the atmosphere generated by Carr's time-warped score - a social soundtrack spinning and shuffling signs from the past into patterns of the present.