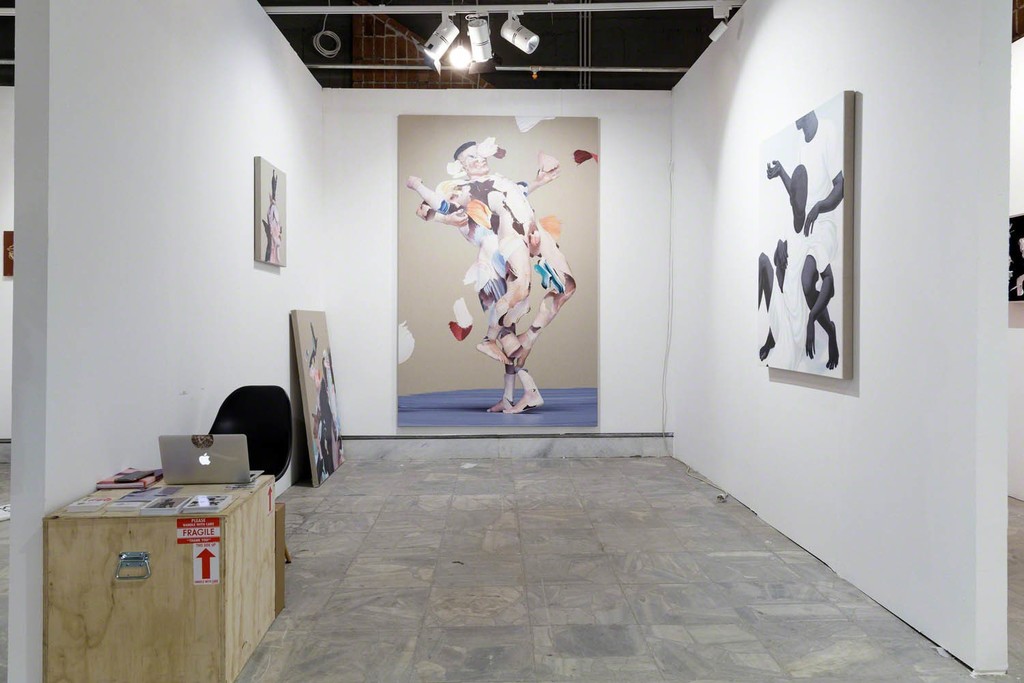 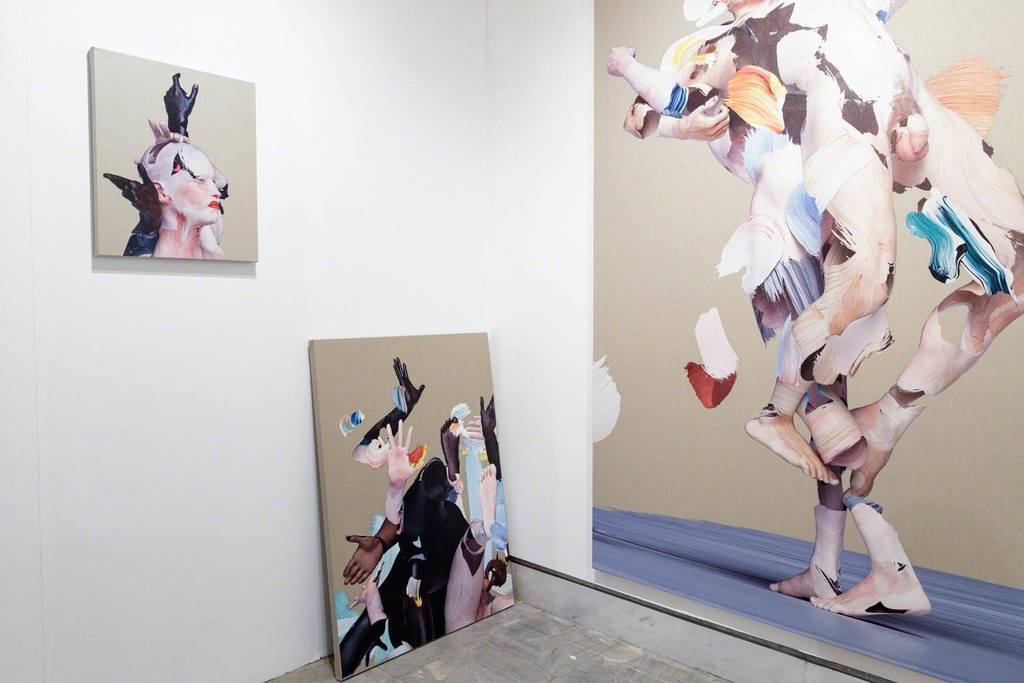 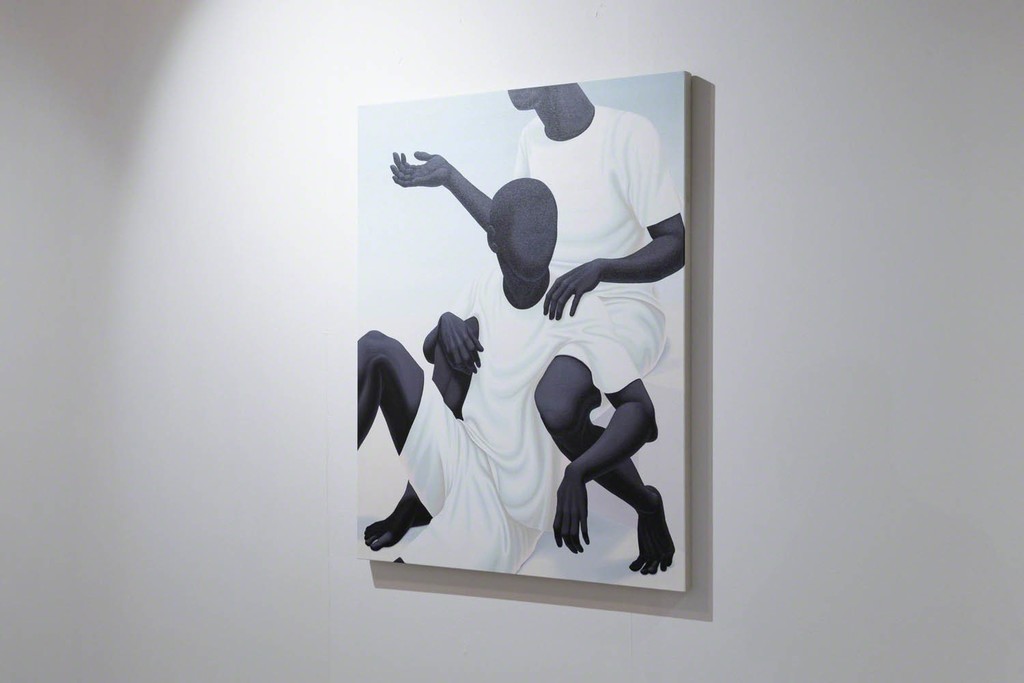 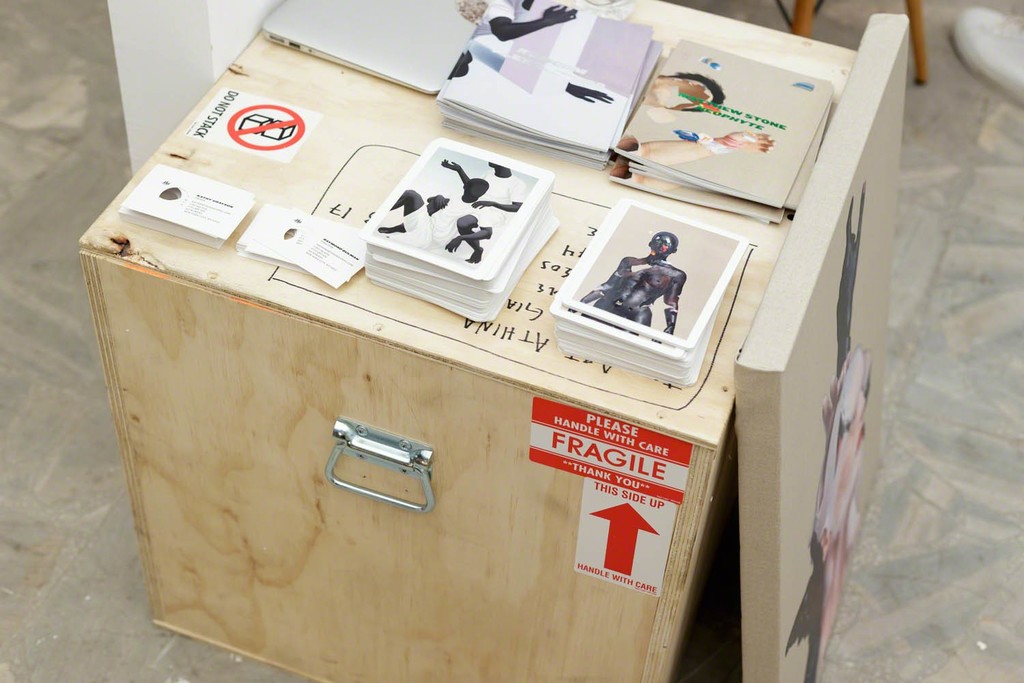 Alex Gardner is a figure painter working in acrylic on linen to make intense and memorable scenes. His entangled ink-black bodies are draped with dramatic folding white cotton separates and posed in pastel environments where the reflections of color produce subtle gradients and thoughtful tonal shifts. As in Mannerist paintings, they capture drama with their bodies through the distortion of torsion. Expression is only through body language. Gender is hinted at, but as with the skin, the clothes, and the environments, all cultural signifiers are smoothed over to de-individuate and universalize. In these paintings, the artist paints bodies that all genders and races could see themselves in. Mimicking snippets of classical painting, he is not just inserting his contemporary identity into art history, but also opening up these art historical perspectives for all viewers to connect with. Gardner graduated with a BFA from California State University, Long Beach, and lives and works in Long Beach, California. His first solo show with The Hole was in 2017.
Matthew Stone offers a new digital approach to traditional painting: by photographing paint strokes made on glass and working in various 3D software, the artist is able to sculpt bodies in three dimensions using layers of these painted marks. These 3D compositions are then printed onto linen canvas. The resulting imagery intersects photography, painting, and sculpture; analog and digital, hyper-real, disrupting the tradition of painting in art history. Besides exploring the interaction of two and three dimensionality, where painted strokes become sculpture that then becomes a stretched painting on linen, one key territory these works explore is the technological. Stone has always believed there to be a spiritual component to art making and the entry point to these new springtime works would be plant-consciousness, technology, and the body. Instead of the works trying to teach the viewer, these works are approached by artist, gallerist, and viewer from the position of a creative strategy “newly planted.” Stone graduated with a BA from the Camberwell College of Arts at the University of the Arts of London. His current show, NEOPHYTE, is his fourth solo show with The Hole and runs through June 24.