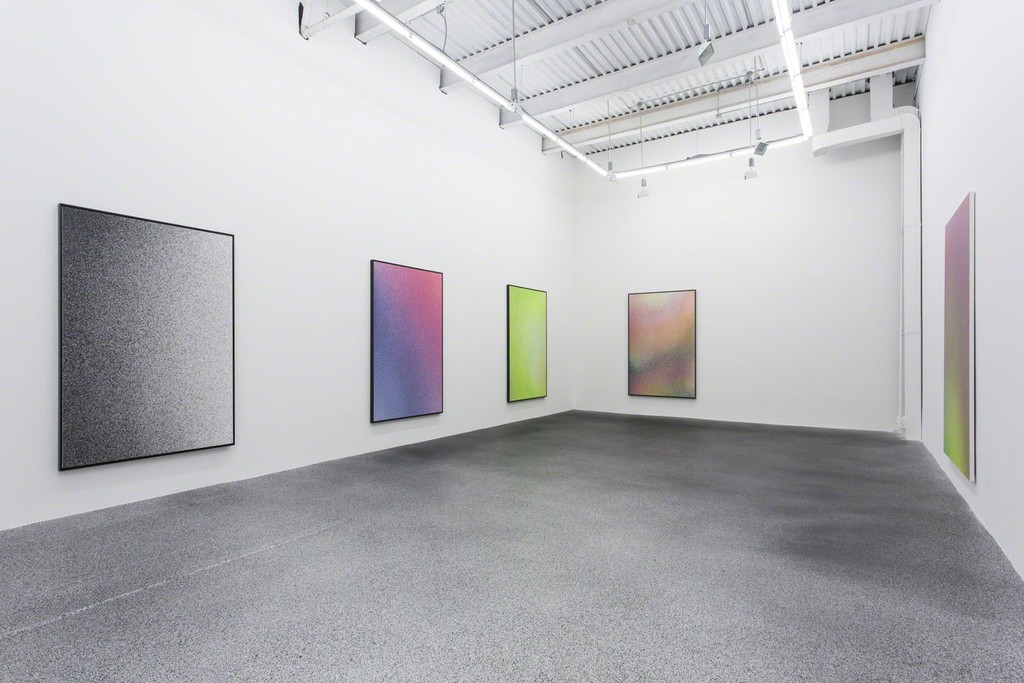 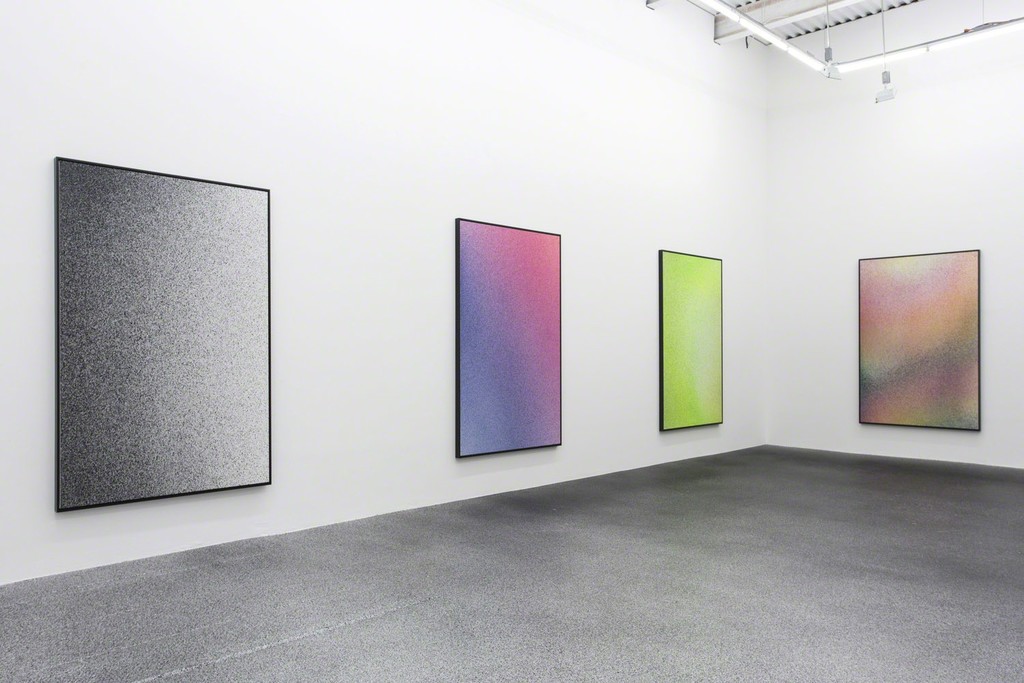 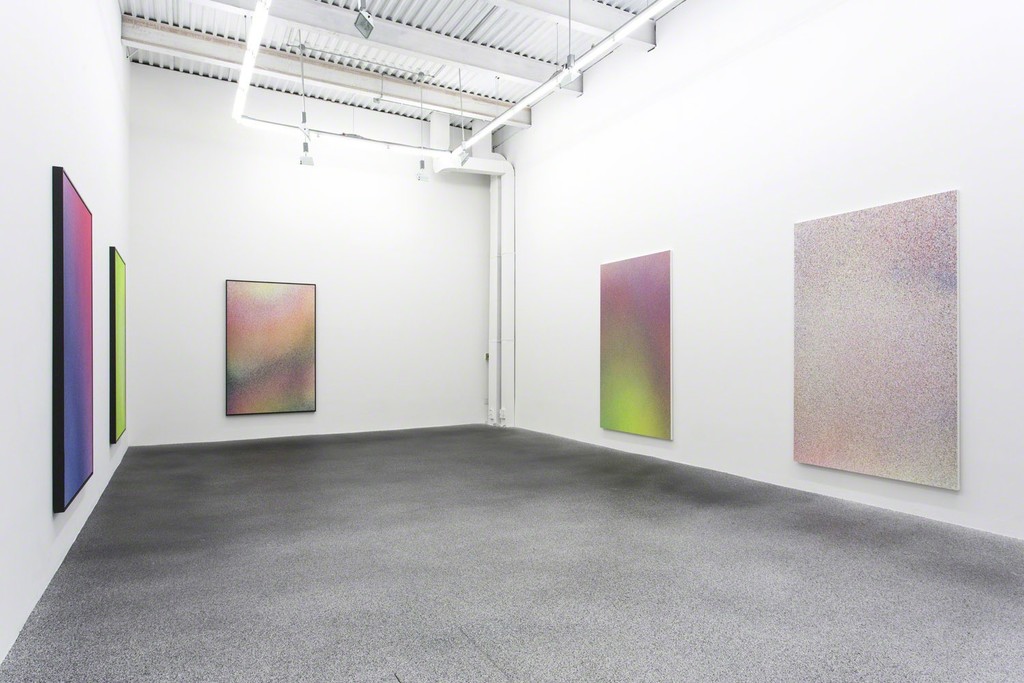 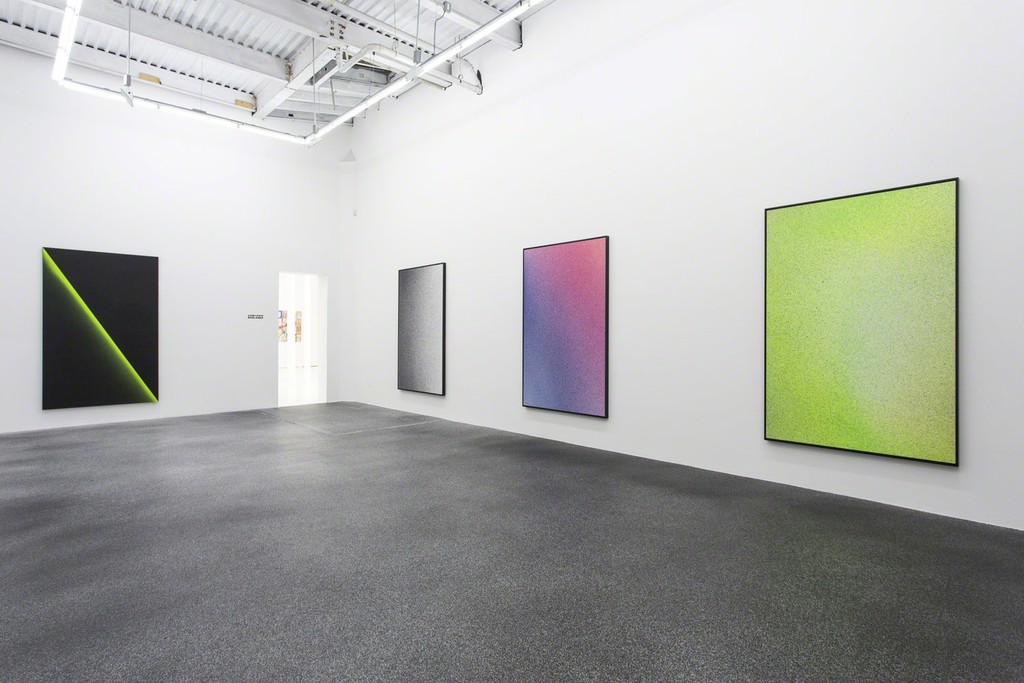 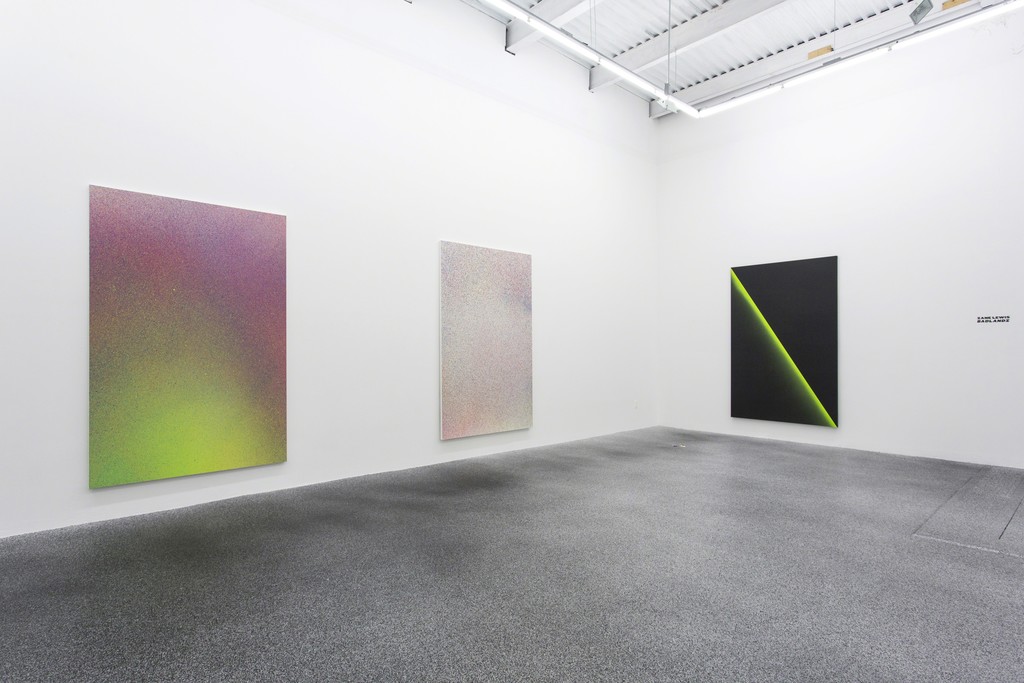 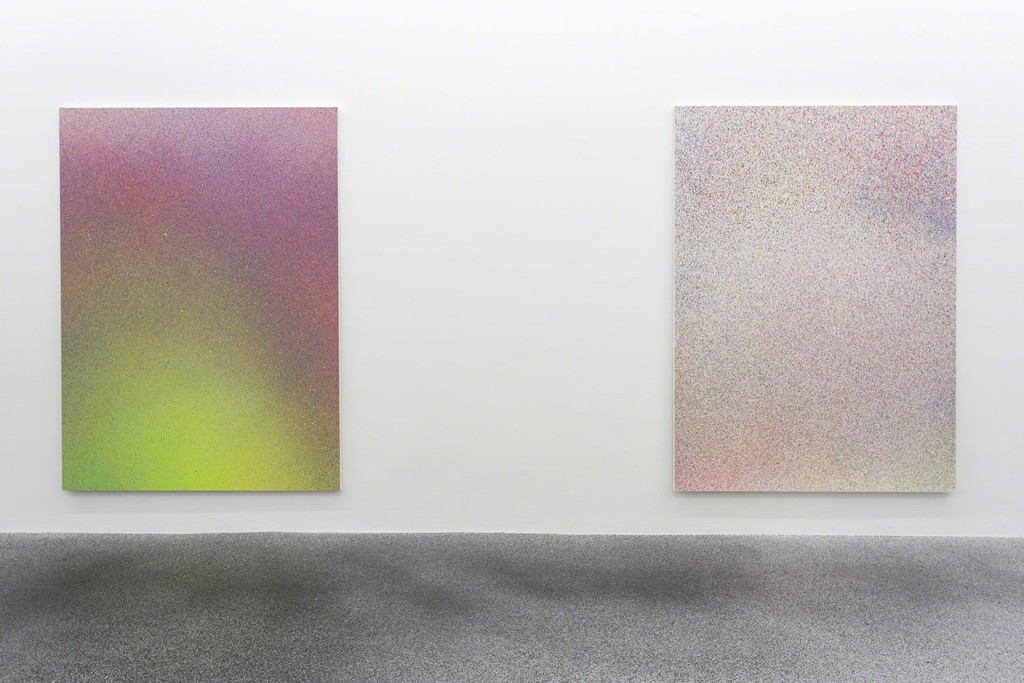 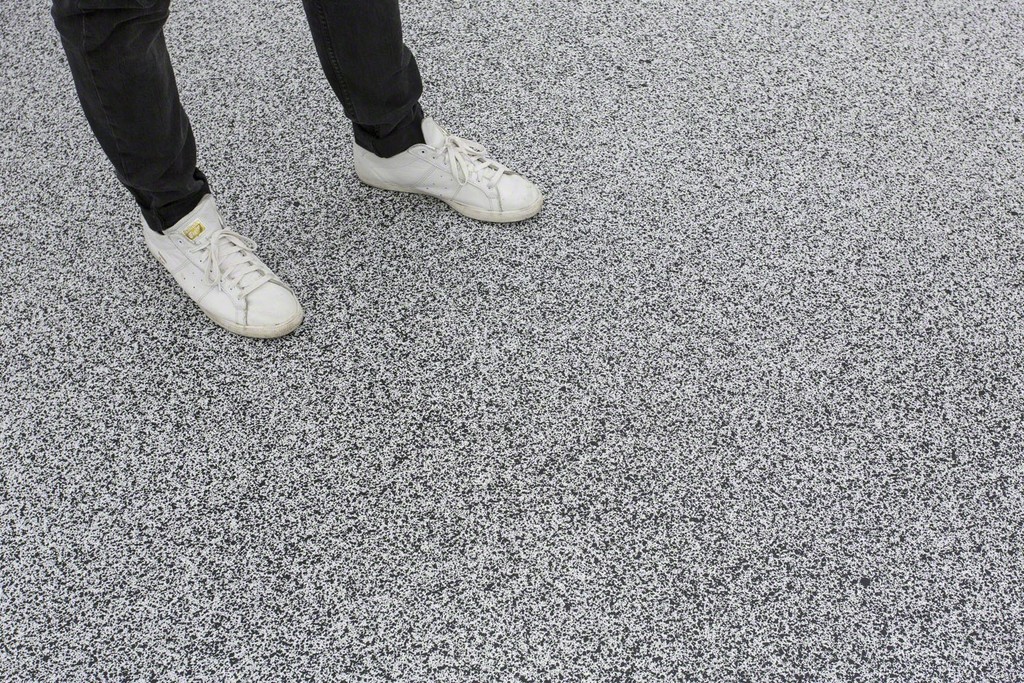 The Hole is proud to present the first major US solo show by Zane Lewis called "BADLANDZ.” There are seven new paintings included in the exhibition, and one forty-foot painting on the floor of the gallery; the largest the artist has made to date.
Zane’s paintings are transformative; they transform both their materials and transform the viewer’s senses. Even if the physical transformation is just a wash of color across the cornea, it is the more visceral intensity of the paintings that leads viewers to describe them as “immersive” or “magical.” People want to know how they are done because they look so unique and feel so otherworldly; they don’t look like graffiti or various spray abstractions artists have made in the past few decades, they have that something extra that separates them and makes them distinctly their own; fresh and contemporary.

Looking to describe that “extra,” we see one aspect of Zane’s work is that the size and spacing of the paint application is marvelously controlled. For anyone who has sprayed paint, you will know how difficult this is. Small dots start to pile up and make a tiny topography of marks across the surface. Some of the colors are more transparent than others and create a third color in the overlap. Some colors are hidden in areas that from afar look like an entirely opposite color. The works transform completely from being 1 inch away, to 1 foot away, to 10 feet away, and the colors seemingly shift as you walk from left to right. Color theory allows for some wildly special effects in our eyeballs: opposite colors can hover, vibrate, appear to be other colors-- in this spectrum there is a lot of tingling and swapping, a phenomenon the artist calls a “kinetic” power. Zane very carefully manipulates these effects in his paintings to create the exact kind of mirages you might find in "the badlands."

This presentation of works uses a broad spectrum of paint colors, but maintain a consistency of fluorescents throughout each painting's unique palette. Zane says he is drawn to them as they are most often used as cautionary colors, to mark warnings of something potentially dangerous. He wants the works to feel like you have gone into uncharted territory, a desert perhaps where nothing grows, an ocean of color, or a “space” separate from reality. It is here where the works convey a sense of power and danger; there is nothing to hold on to as you can't but succumb to their mesmerizing presence. The parenthetical titles may give you a nudge in some direction but really the hovering color and the illusion of glowing light and composed space is the subject. The artist is interested in philosophies of color-field painting, hard-edge abstraction and minimalism but develops the paintings intuitively, they push him as he pushes back. Some he says come together with eloquence like “orchestras” while others more like the energy of a boxing match.

Zane Lewis was born in San Antonio Texas in 1981. He studied Fine Arts at SVA in New York City and had his first major solo exhibition in Europe earlier this year, "Altered States" at Eric Hussenot in Paris. In the past year his works have been seen at Art Brussels, NADA NYC and will be at (OFF)icielle in Paris this week.

The Wall Street Journal included Lewis in an article along with Ryan Trecartin, Jordan Wolfson & Rosson Crow in a selection of ten-top-emerging American artists. The Whitney Museum exhibited his work at their ArtParty Auction as a "Groundbreaker" artist in the Whitney Museum groundbreaking ceremony for the new location. His works will be featured in the Aishti Foundation collection, a new museum in Beirut opening later this month.