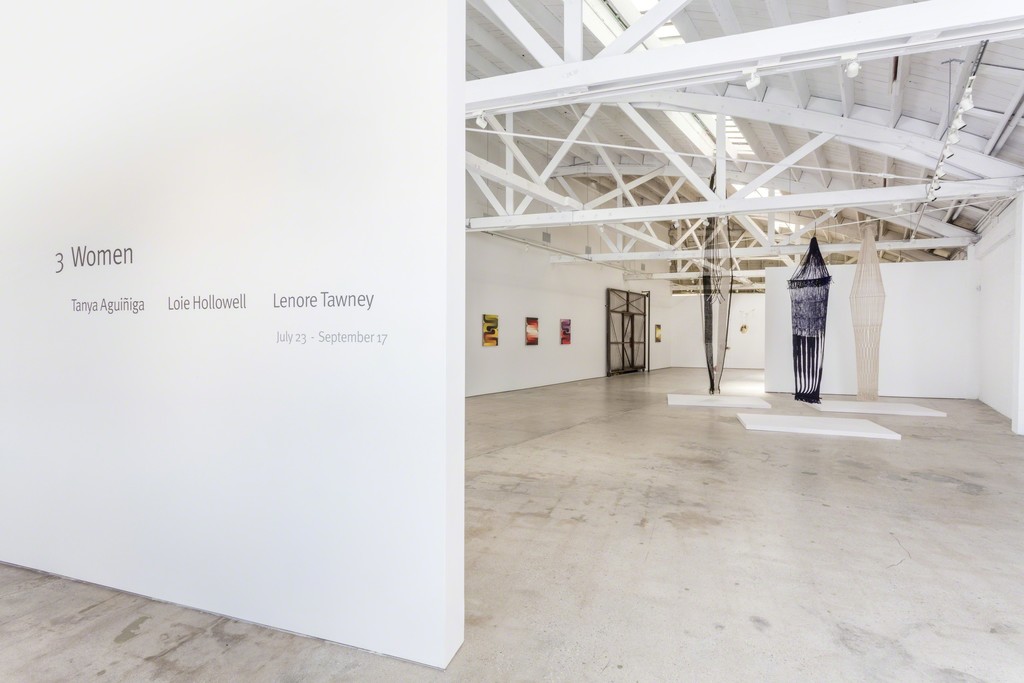 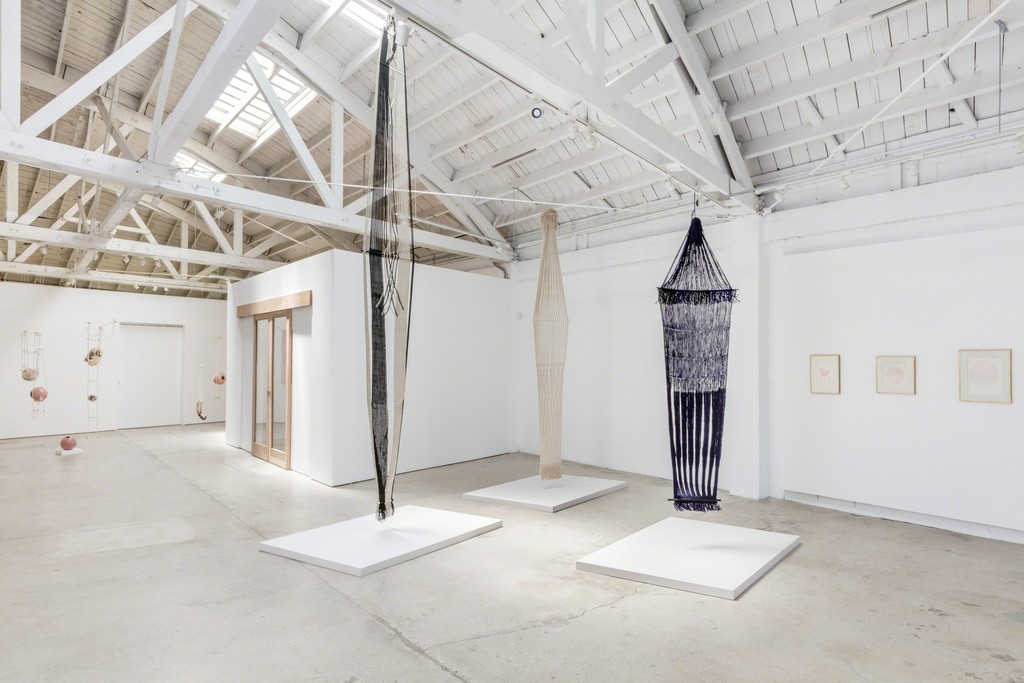 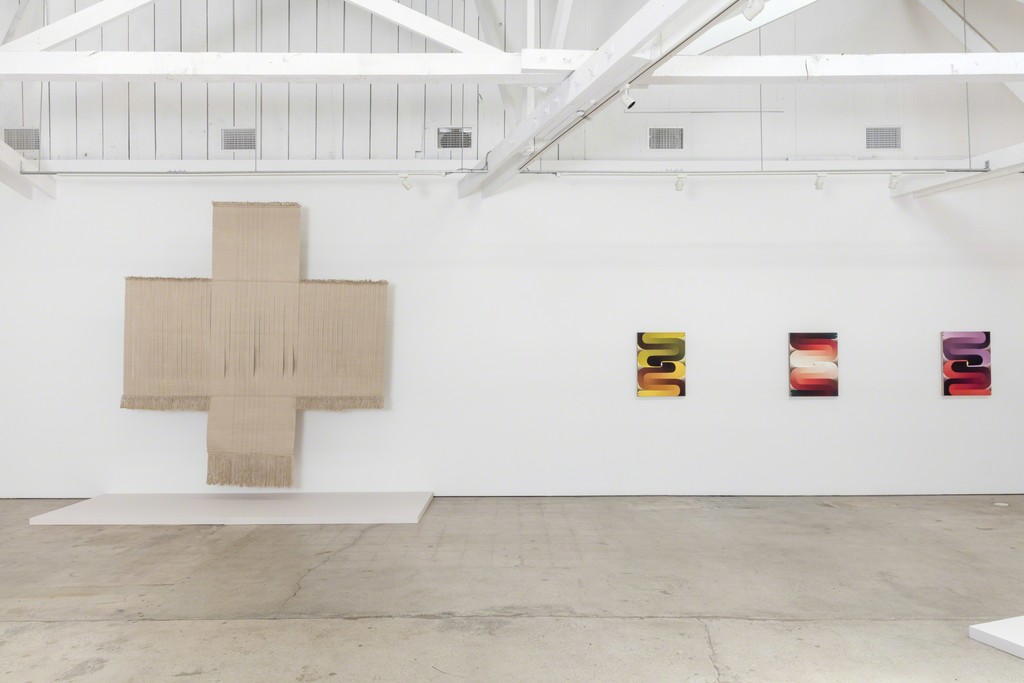 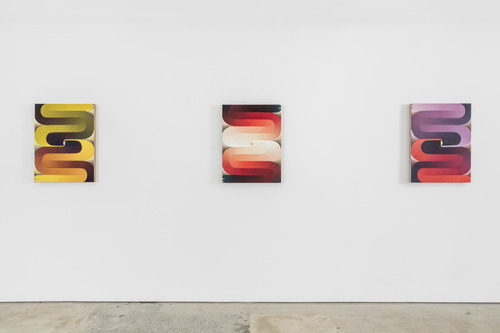 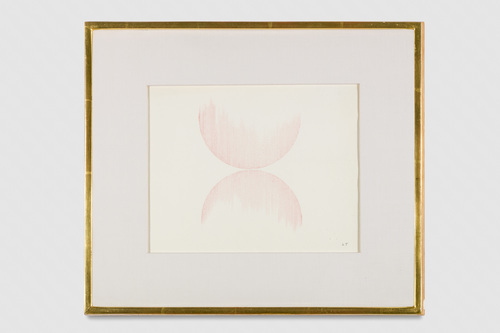 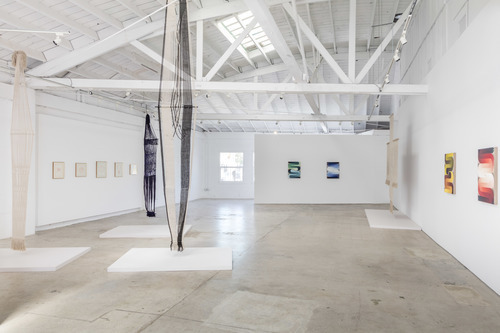 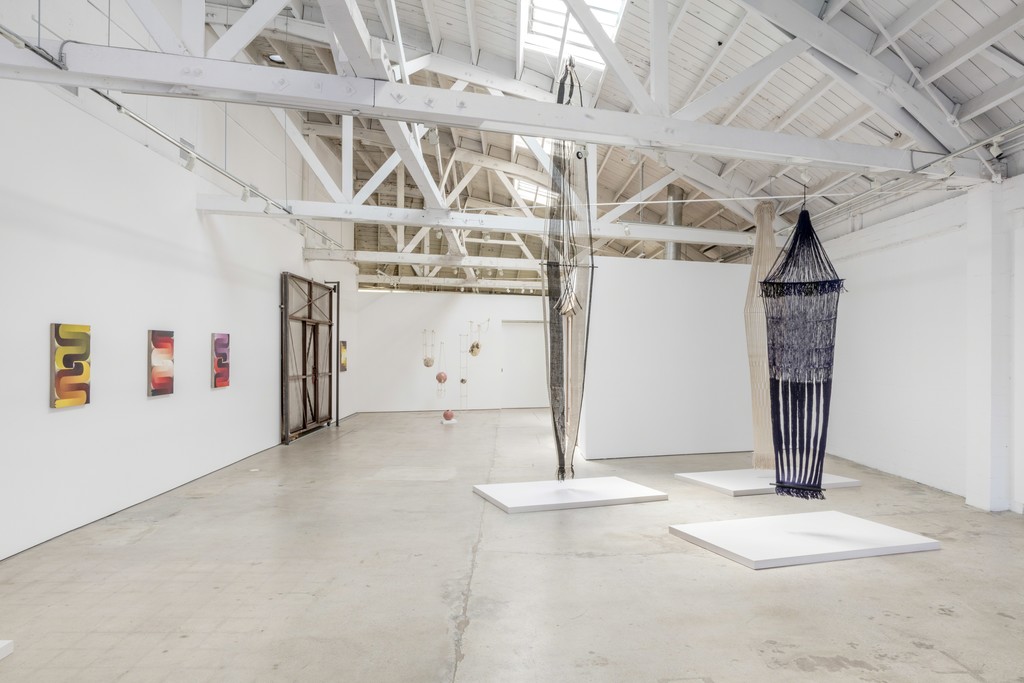 The film 3 Women began as a dream that Robert Altman had, which the director soon adapted into a treatment for a movie that he planned to shoot without a script. The story revolves around three characters—Millie Lammoreaux, Pinky Rose, and Willie Hart—who take turns being infatuated, infuriated, and heavily influenced by one another. By the end of the film, these three merge into a singular identity that serves to reflect three stages of womanhood: mother, daughter, and granddaughter. They live as one, in a world of their own making.

Lenore Tawney began weaving in the late 1940s, following the death of her husband. In the 1950s she began to experiment with open-warp weavings, hanging her pieces away from the wall to emphasize their sculptural presence. Upon receipt of her first commission in 1957, she told the magazine Craft Horizons, “[I need] to free myself to do what I want with the work… and plan to keep it if the customer doesn’t like it.” [1] With this independent spirit, she moved to New York and set up a studio on Coenties Slip, in a building managed by Jack Youngerman. Ellsworth Kelly, Robert Indiana, and Agnes Martin occupied other studios. Tawney soon developed a close friendship with Agnes Martin; some even indebt the wavering pencil line in Martin’s paintings to the sinuous threads of Tawney’s weavings. Perhaps the biggest likeness, however, between Martin and Tawney is that each had an aesthetic that was steadfastly against the grain of what their contemporaries were making. Tawney found her fiercely unique voice at the age of fifty, experimenting with an unconventional approach to a traditional technique, in a field that was less than receptive to a craft-based practice.

Tanya Aguiñiga grew up in Tijuana, Mexico, crossing the U.S./Mexico border every day for fourteen years to attend school. Her work explores community-oriented activism through the experience of site-specific installations. She is increasingly interested in how fiber art’s connotation as craft is transcended through the use of unconventional materials and techniques. After receiving her MFA in furniture design from the Rhode Island School of Design, Aguiñiga created a unique line of functional art furniture using felting and other wool-based techniques. Aguiñiga has since shifted her focus towards large-scale installations and dimensional wall hangings that allow audiences to experience the woven form as a meditative sculptural practice. As did Lenore Tawney, Aguiñiga uses both traditional and modern weaving techniques in her practice, blurring the line between craft and fine art, and inspiring a conversation about why a distinction between the two forms continues to exist. For 3 Women, Aguiñiga has realized an encompassing environment composed of suspended rope structures cradling biomorphic forms that echo the embryonic womb.

Loie Hollowell paints elements of the female form as mandala-like abstractions that pulsate with a spellbinding inner energy. Hollowell’s work evokes the neon-hued paintings by Judy Chicago from the 1970s, as well as a state of mind influenced by the geomagnetic vortices of the Southwest. In her work there is often a balanced tension between boldly abstracted geometric forms and a soft, dreamy rendering of human flesh. A new group of paintings presented here, introduces dimensional surfaces formed with modeling paste to her canvas. Titled Stacked Linghams, these works channel both male and female sexual organs, as well as stacked intestinal track, precisely rendered in gradient hues.

Each of these artists draws upon processes or forms traditionally associated with the realm of craft to forge works of fine art that revel in and celebrate the power of the feminine.