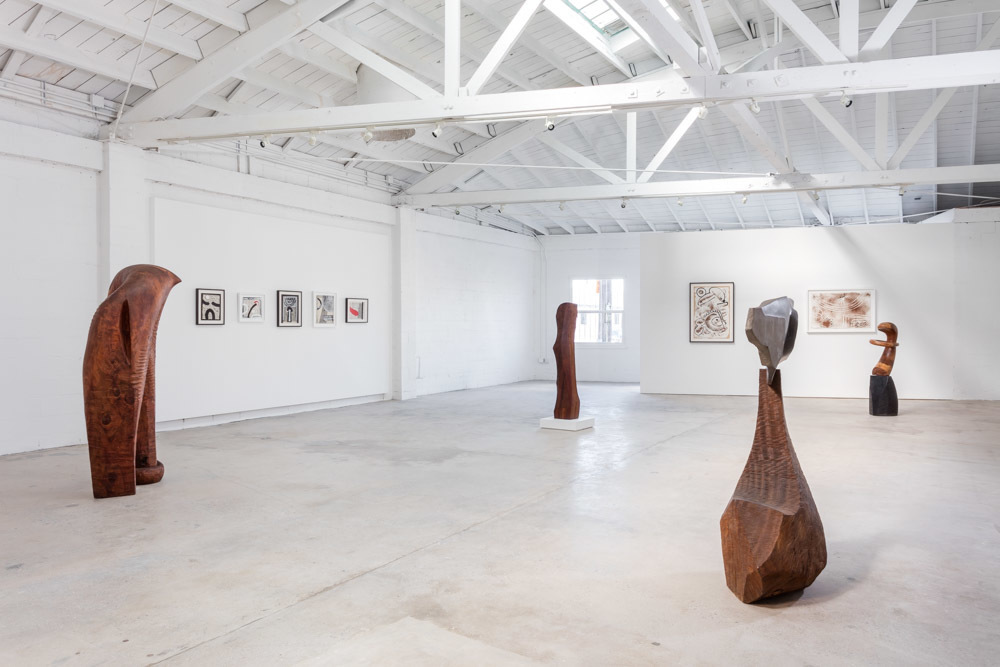 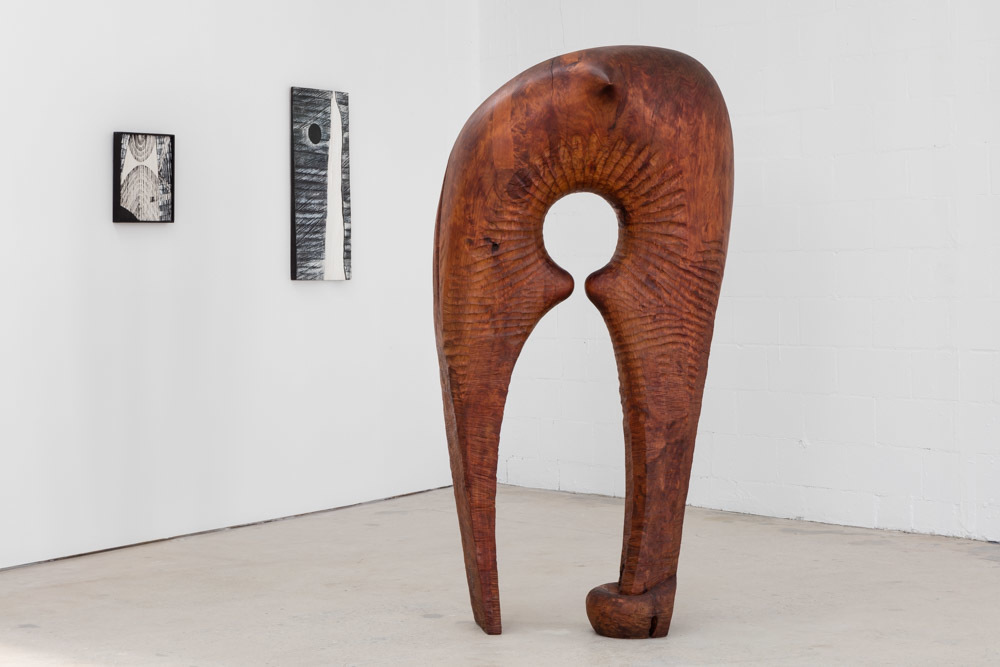 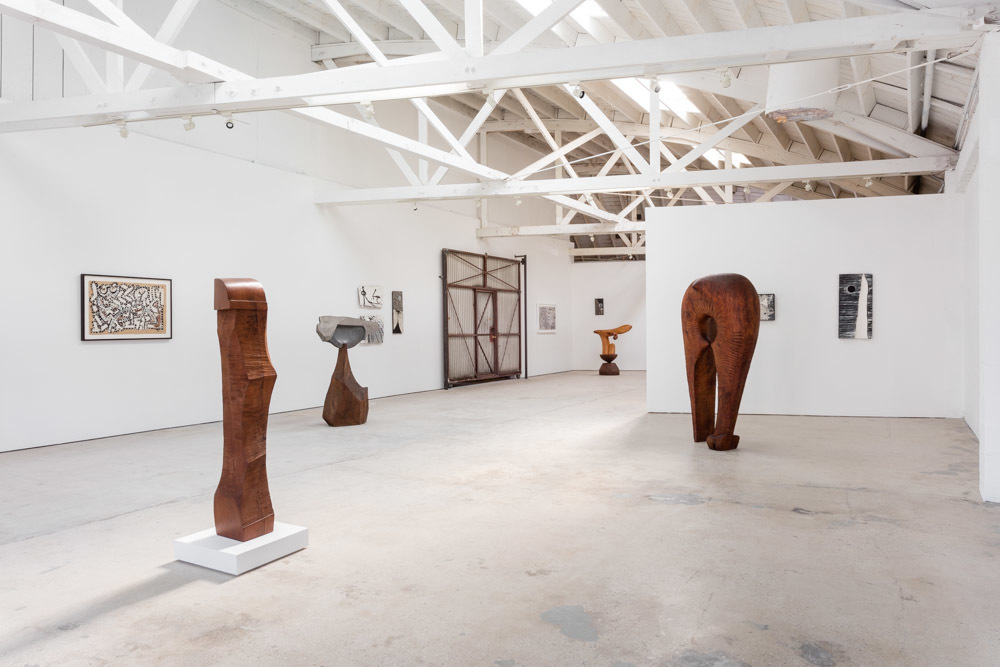 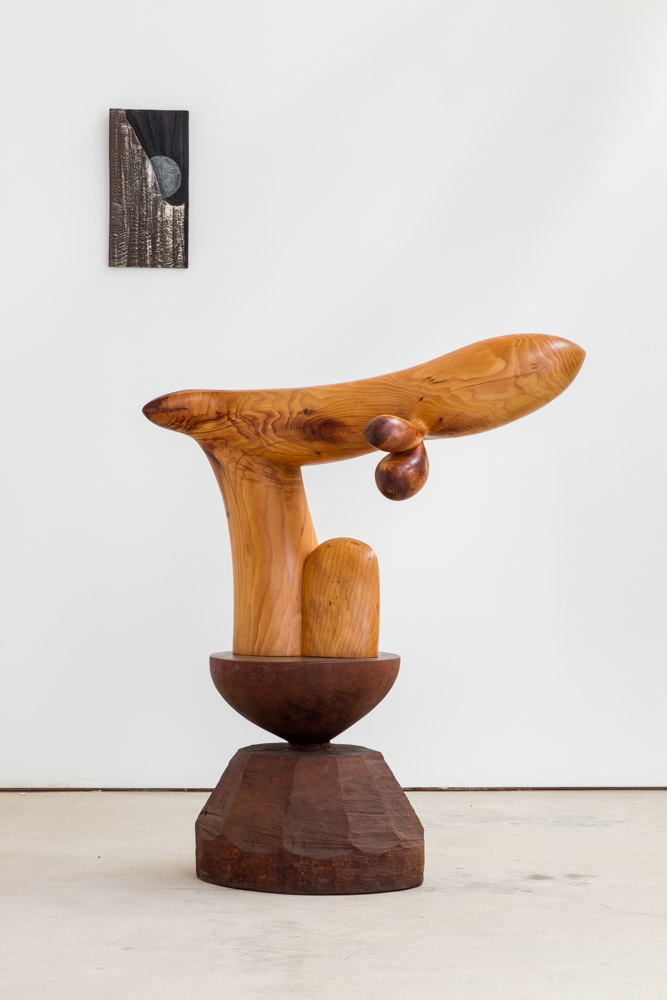 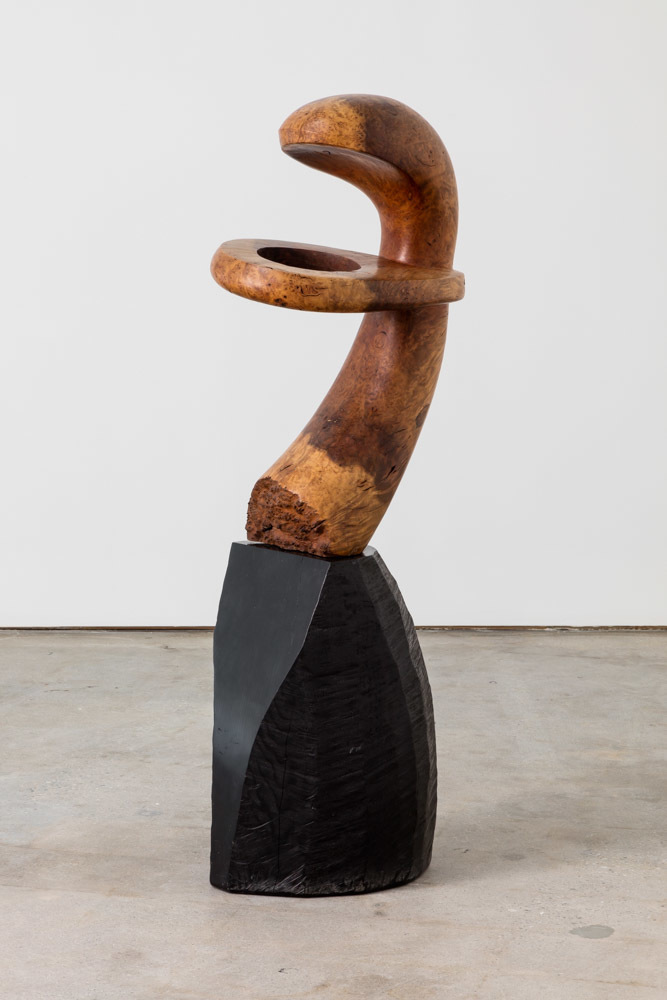 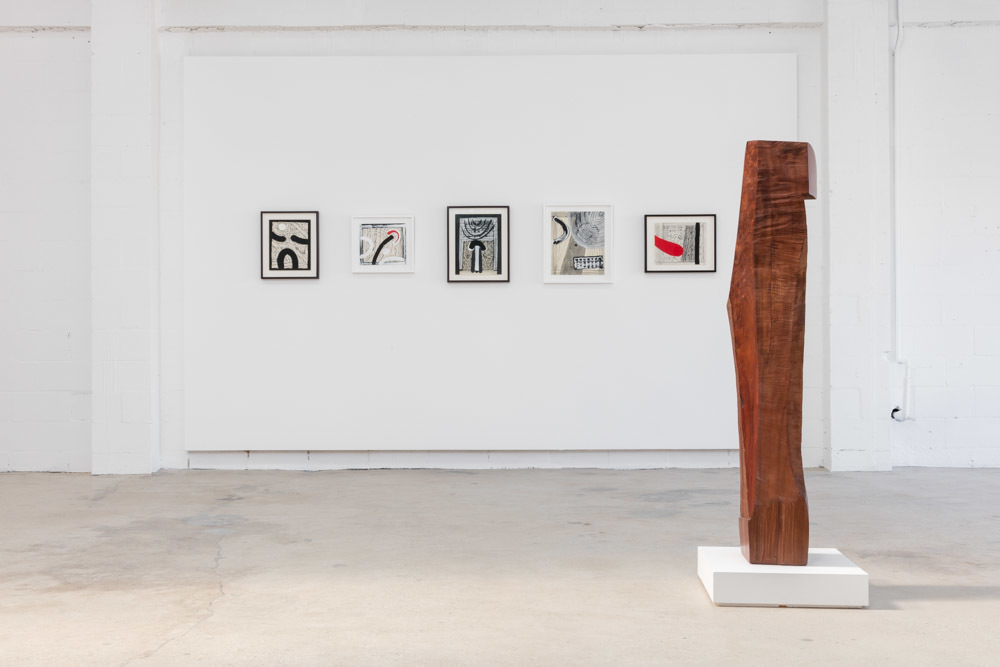 "I began making wood sculpture in 1962. I knew how to use a chainsaw and it was one of those things.
One day you just start." — J.B. Blunk

Known for his large-scale sculpture, furniture, and installations carved out of cypress and redwood, J.B. Blunk remains a greatly underappreciated figure despite his presence in major public and private collections. This exhibition will pair his sculptural works with a selection of paintings and drawings that are being publicly exhibited for the first time.

Blunk graduated from UCLA in 1949, where he studied ceramics with Laura Andreson. After serving in the Korean War, he traveled to Japan in search of the pottery he had been so enamored with as a student. At a local mingei (craft) shop, he happened to meet the sculptor Isamu Noguchi; this chance encounter marked the beginning of Blunk’s artistic career. Noguchi curated the first exhibition of Blunk’s works and introduced him to the potters Rosanjin Kitaoji and Toyo Kaneshige, whom he would apprentice with for the next two years.

Blunk returned to California in 1954, where he met the surrealist painter Gordon Onslow Ford. While building a roof for Ford’s home, Blunk worked with wood for the first time. He soon began earning a living as a furniture maker, carving monumental slabs of redwood and cypress with a chainsaw, and texturing them with an angular grinder and chisel.

In 1965, the landscape architect Lawrence Halprin commissioned Blunk to create a room of furniture for his home. A slew of major public works soon followed. These pieces took on an increasingly abstract style and monumental scale. In the coming years, Blunk created massive seating sculptures for the Oakland Museum of Art, U.C. Santa Cruz, Stanford University, California Orientation Center for the Blind, and San Francisco’s landmark vegetarian restaurant Greens.

By the end of the 1970s, Blunk had grown less interested in functional design and more focused on formal sculptural pursuits, creating totemic monoliths and soaring arches that retain the shape and essence of the once-living trees they were carved from.

In Blunk’s paintings, the relationship to surface and structure recalls the influence of Japanese stoneware traditions, where glazing is used to celebrate the natural properties of the clay. Blunk used black and white acrylic paint to emphasize the chainsaw-textured surfaces of his scrap wood panels. In addition to wood, Blunk painted on rice paper, sometimes mixing his paint with sawdust to add an earthy texture. Using the knots in the wood as compositional devices, Blunk allowed his materials to speak freely, following their lead.

Blunk’s many solo exhibitions include shows at Blum & Poe, the Los Angeles Craft and Folk Art Museum, San Francisco Craft and Folk Art Museum and Oklahoma State University. His group shows include an exhibition at Gallery Paule Anglim, the seminal craft exhibition “Objects USA” curated by Lee Nordness and the 1976 California Design exhibition curated by Eudorah Moore. Blunk’s work is included in many public collections, including those of the SFMOMA, the Oakland Museum, LACMA, the Palms Springs Desert Museum, New York’s Museum of Art and Design and the Smithsonian.