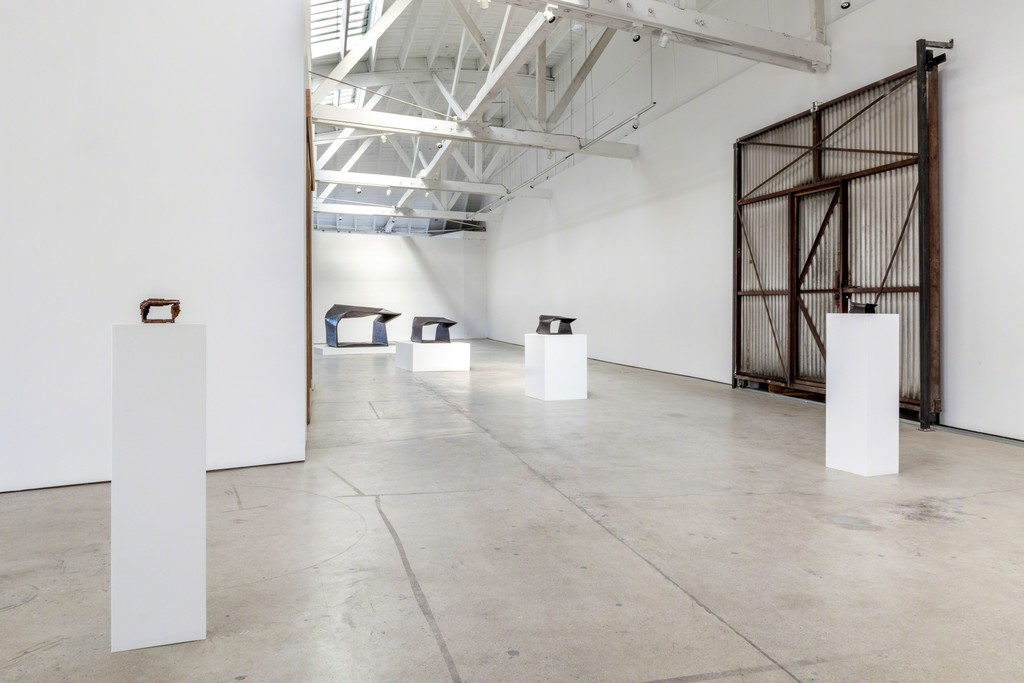 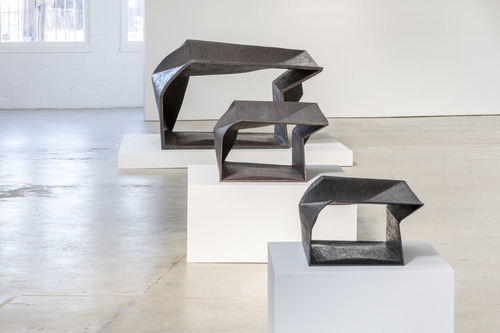 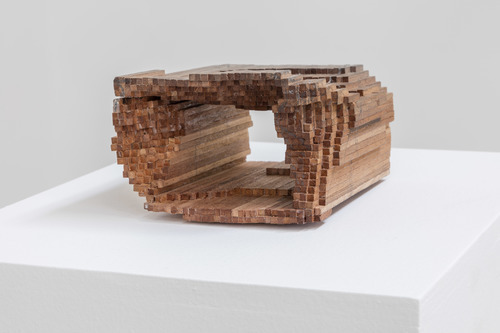 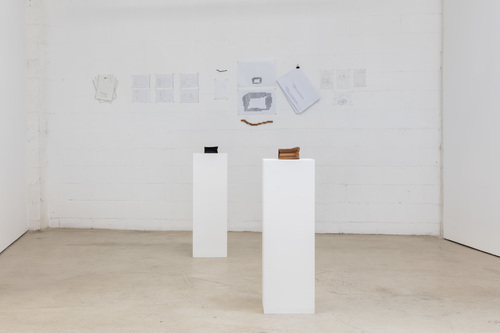 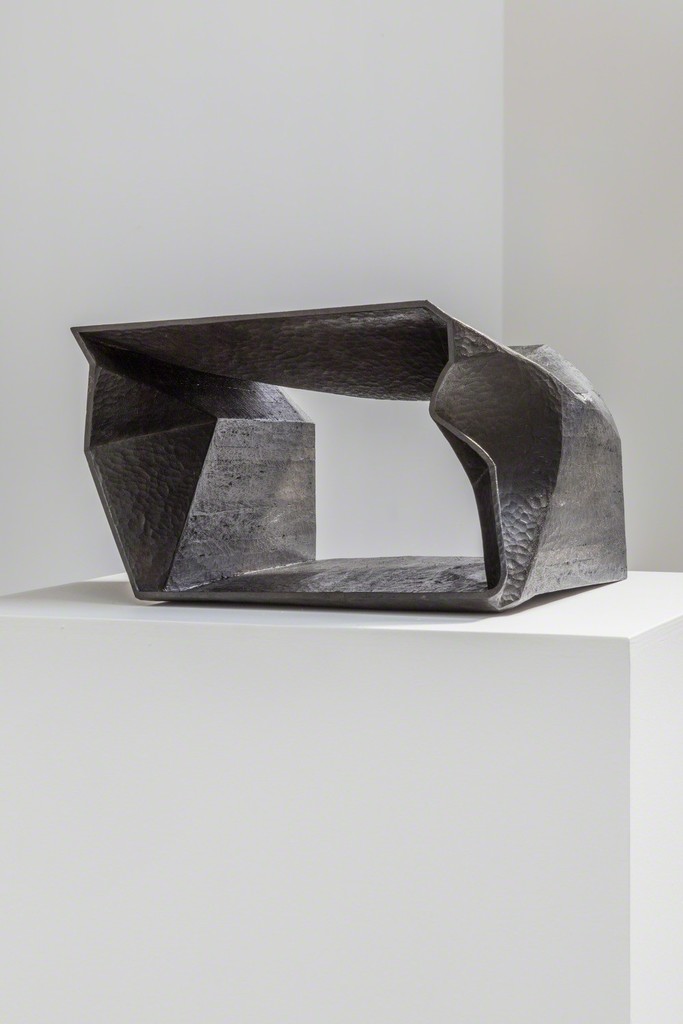 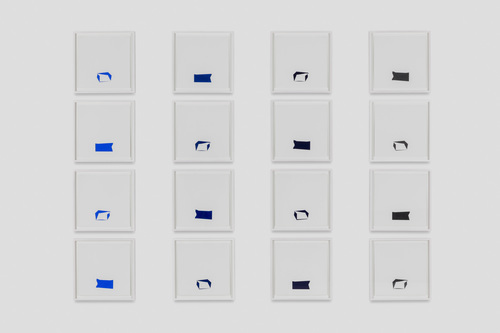 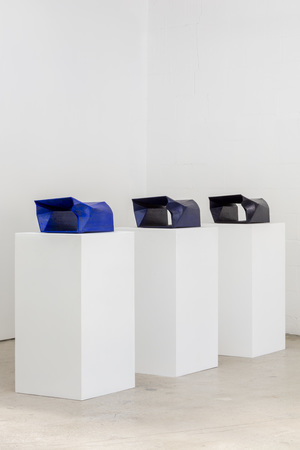 The Landing is pleased to announce our solo exhibition by Morgan MacLean, Massing the Void. This is the first time MacLean has shown the entirety of Massing the Void, a body of work he has been building for the last three years.

Morgan MacLean grew up in rural Massachusetts amongst a community of boat builders. At an early age he was taught traditional woodworking techniques that utilized age-old instruments, as well as lofting, a drafting technique for boat design. After graduating from Rhode Island School of Design, MacLean was a model maker for Frank Gehry Partners, where he sharpened the small-scale building skills that are the foundation of his artistic practice.

Massing the Void took as its starting point a found crushed cardboard box. MacLean measured every infinitesimal groove, fold, bend and dent to replicate the texture and shape of the box in fine wood. Using hundreds of mahogany strips glued together as in a stack laminate method, MacLean built the structure of the box. He then carved and chiseled away to recreate the original surface. For the Massing the Void series, the same cardboard box has been reproduced as seven separate sculptures at four different scales. The repetition in shape and shift in scale draws focus not only to the individual discrepancies in rendering texture—inherent to any handmade work—but also brings into view the hollow cavity of the box form itself. As the title of the work suggests, the void can be seen not only as negative space, but also as a mass in itself.

The seven sculptures in the series are constructed from thousands of mahogany strips ranging in size from 1/8” to 1 ¾” wide. When the basic structure of each form has been fused, MacLean begins a process of removing excess material to mimic the shapes and textures of the original form. This painstaking process requires a sleight of hand that would be impossible to recreate with the use of computerized carving machinery. MacLean works in a method that depends as much on the human hand as on meticulous mathematical calculations to achieve a trompe l’oeil effect—which is further enhanced by his use of dried pigments to mask the materiality of the wood. Some sculptures appear to be metal casts rather than hand-carved mahogany. This obsessive body of work, revolving around a singular discarded object, invites us to look more closely at the things we leave behind.

This is Morgan MacLean’s third solo exhibition with the Landing, and his first at the Landing’s Jefferson Blvd. location. MacLean has been included in group exhibitions at Fitzroy Gallery in New York City, Muriel Guepin in Brooklyn and Specific in Los Angeles.