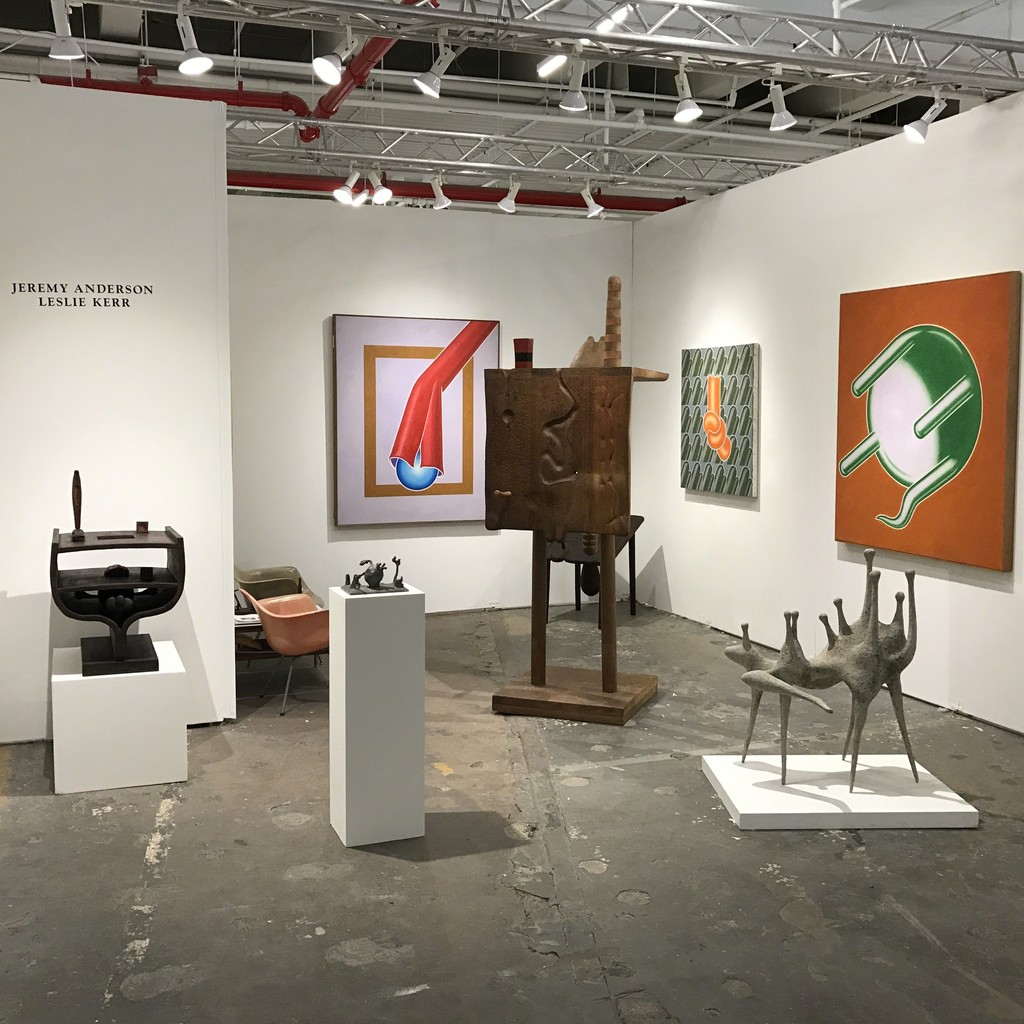 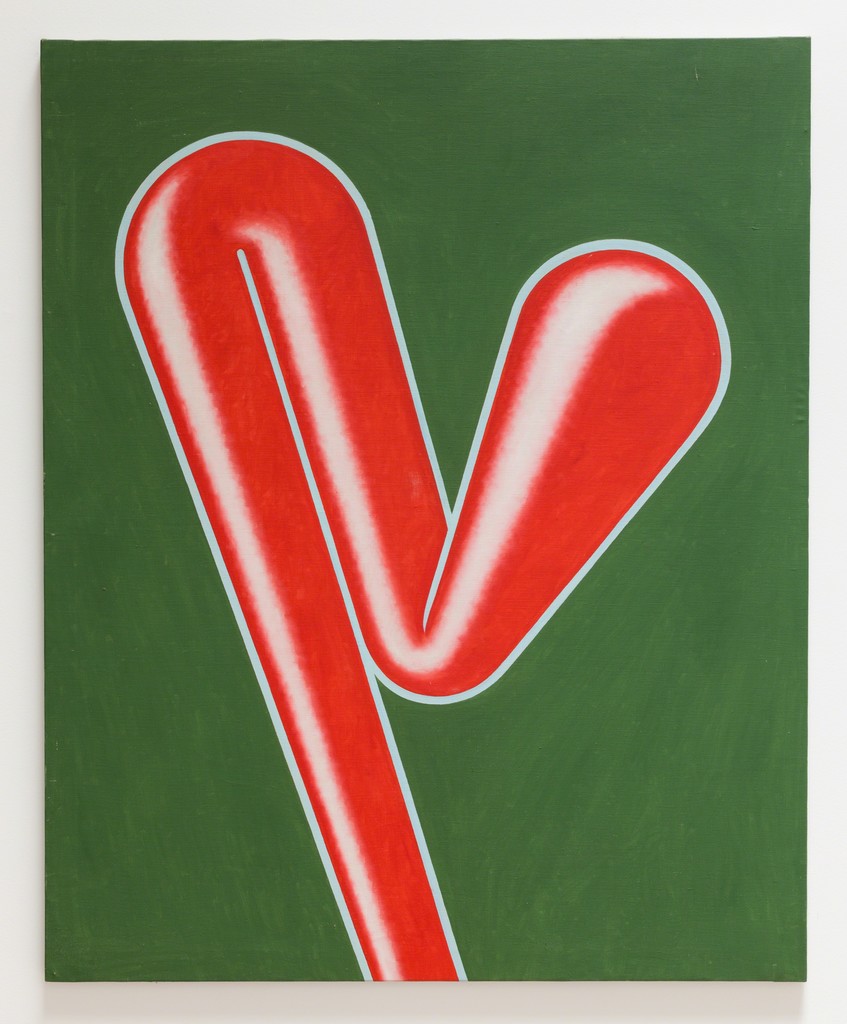 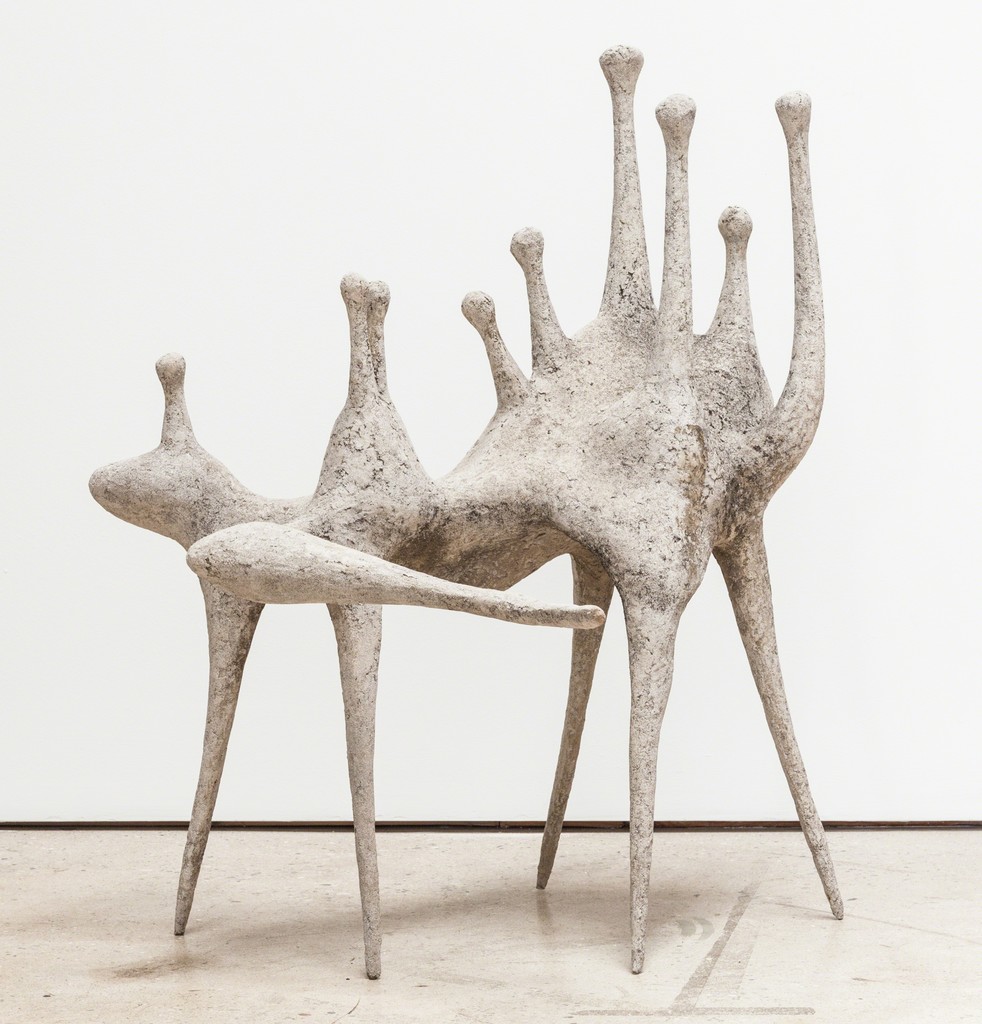 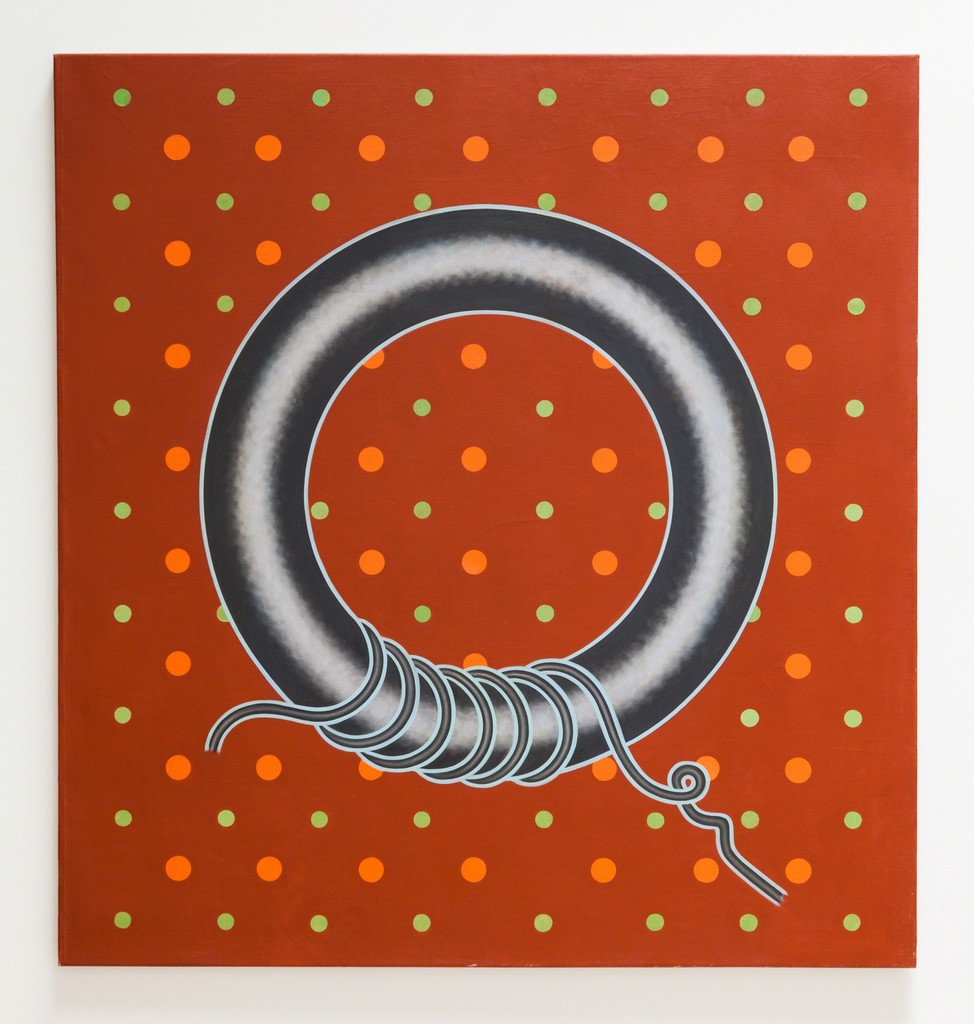 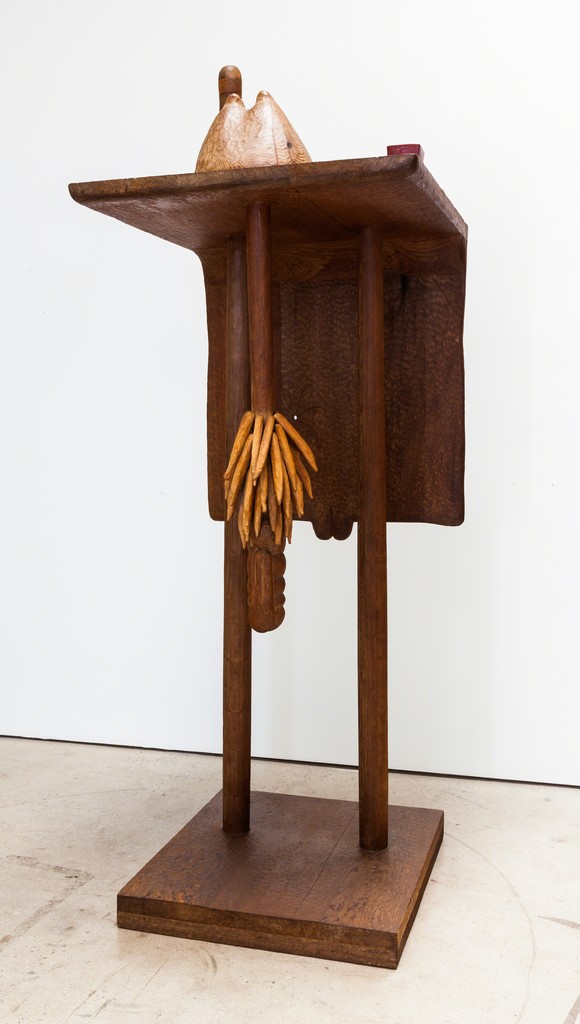 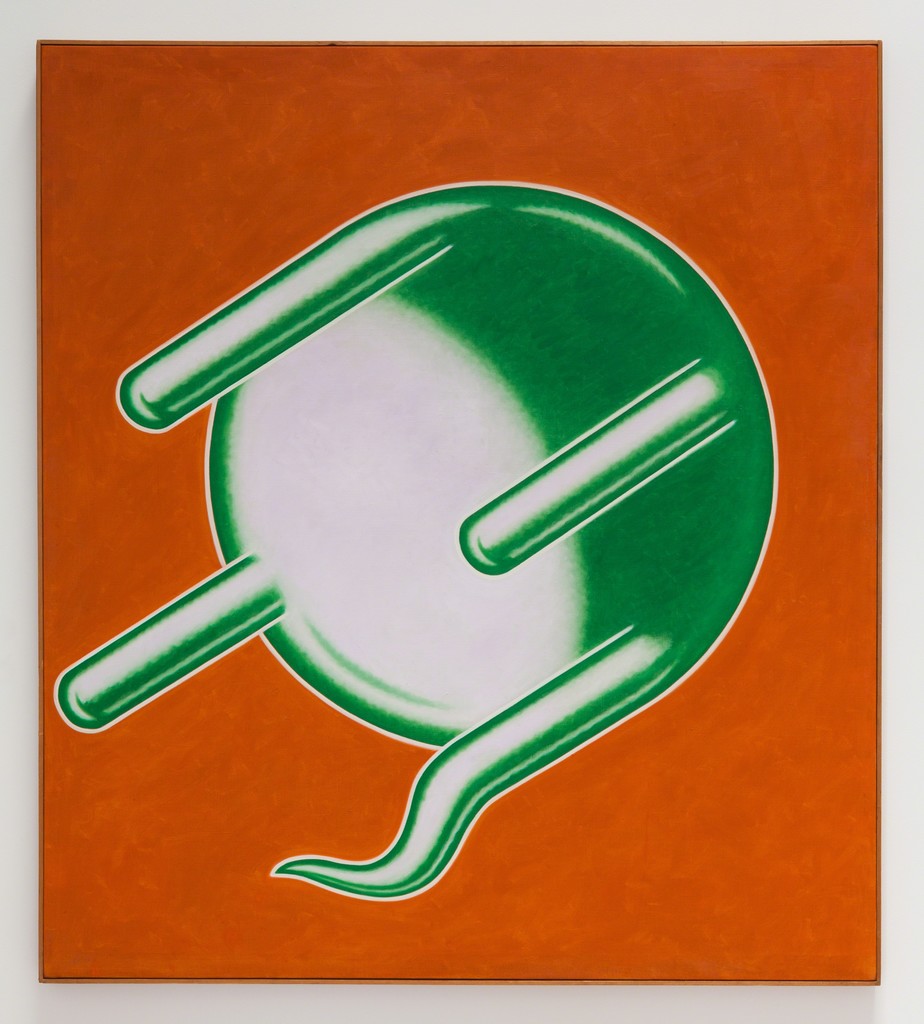 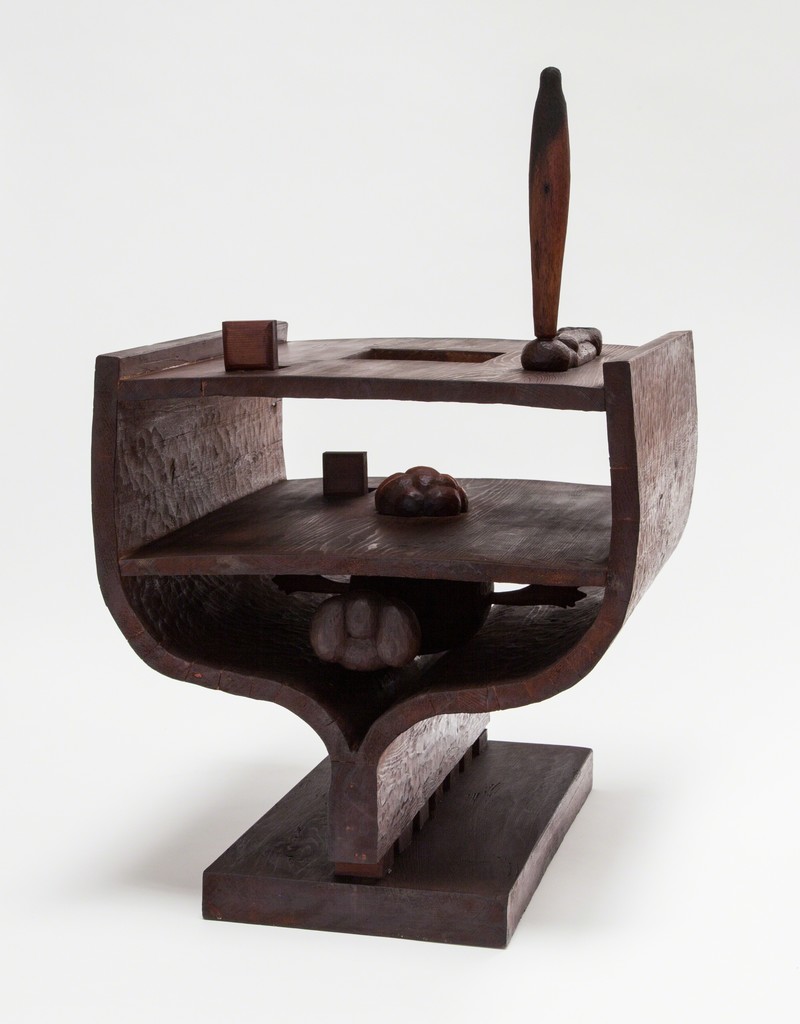 The Landing is proud to announce its participation in the NADA New York Art Fair. The Landing will present rare original works by two extraordinary and sorely under-recognized California artists: Leslie Kerr and Jeremy Anderson. Kerr developed a signature proto-Pop painting style in the early 1960's, that features surreal biomorphic forms that hover over alternately plain and patterned backgrounds. His paint handling gives the effect of airbrushing, though in fact each stroke is painstakingly hand-painted. Jeremy Anderson began making sculpture in the late 1940's and developed a highly unique language of hand-carved surrealist forms and figures, often arranged as a landscape tableau. Anderson incorporated visual puns into his work as a result of his affinity for the literature of James Joyce. The Landing will present paintings by Leslie Kerr made between 1962 and 1966 together with sculptures by Jeremy Anderson made between 1949 and 1970.