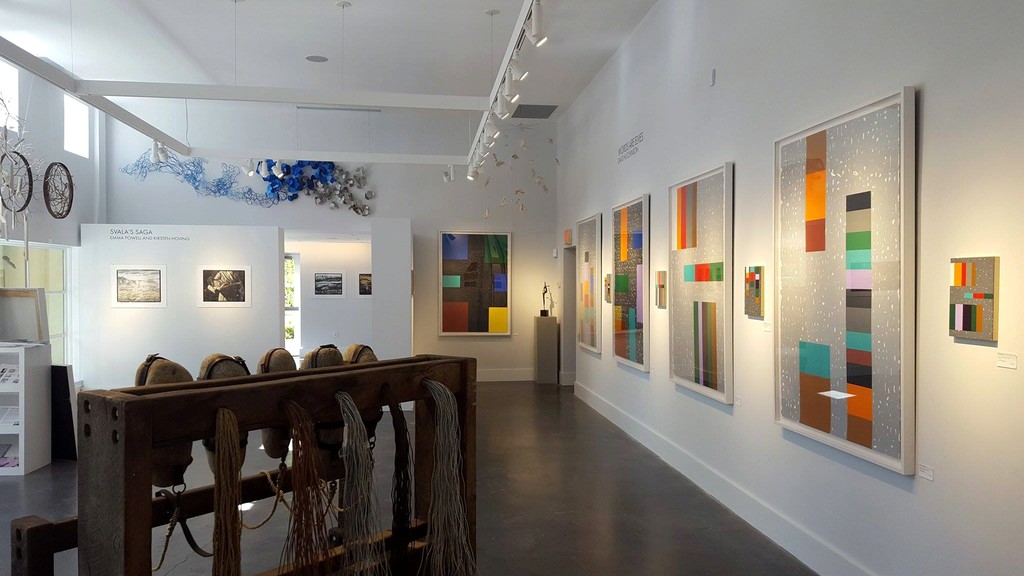 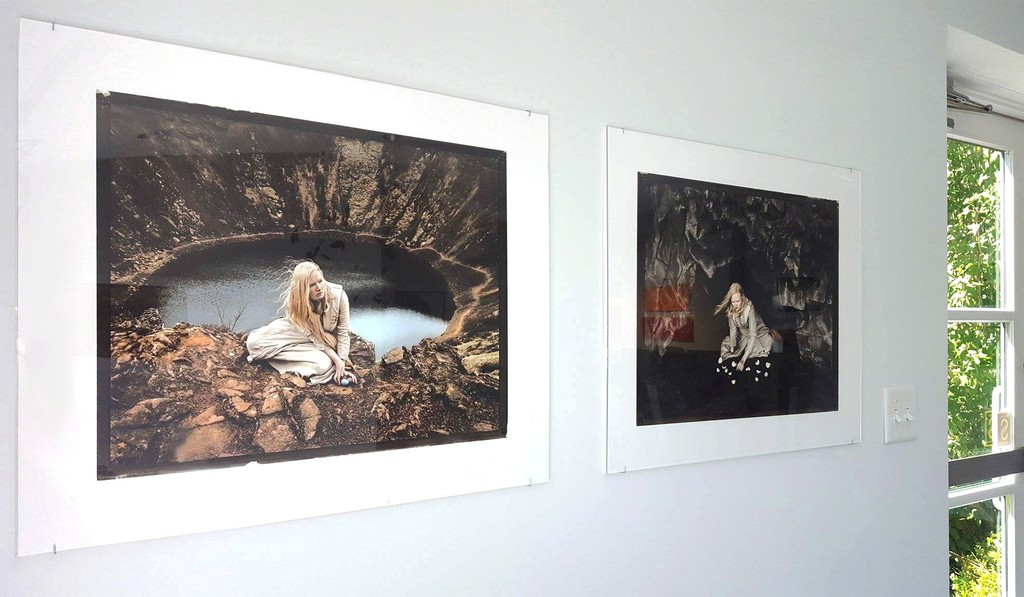 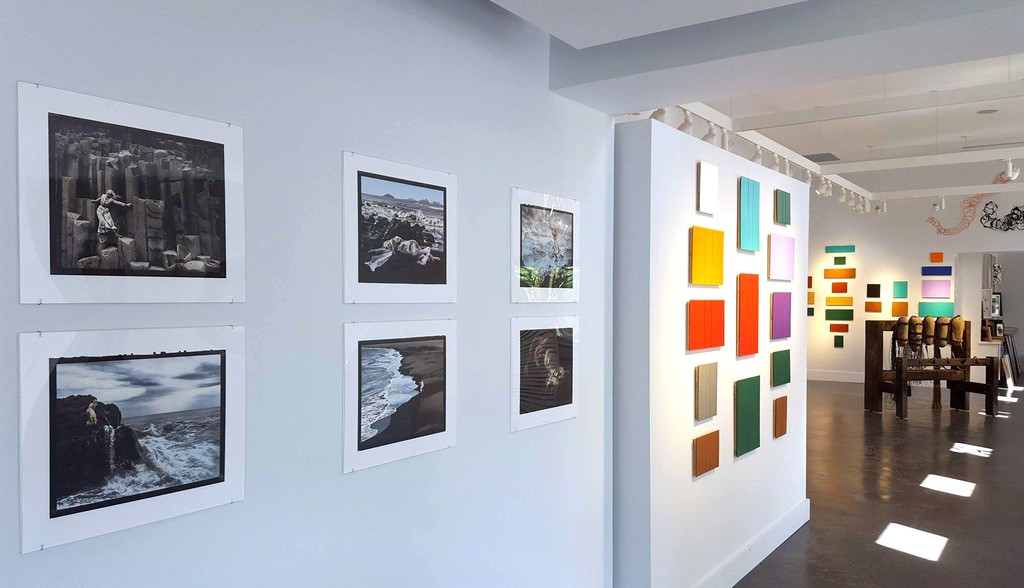 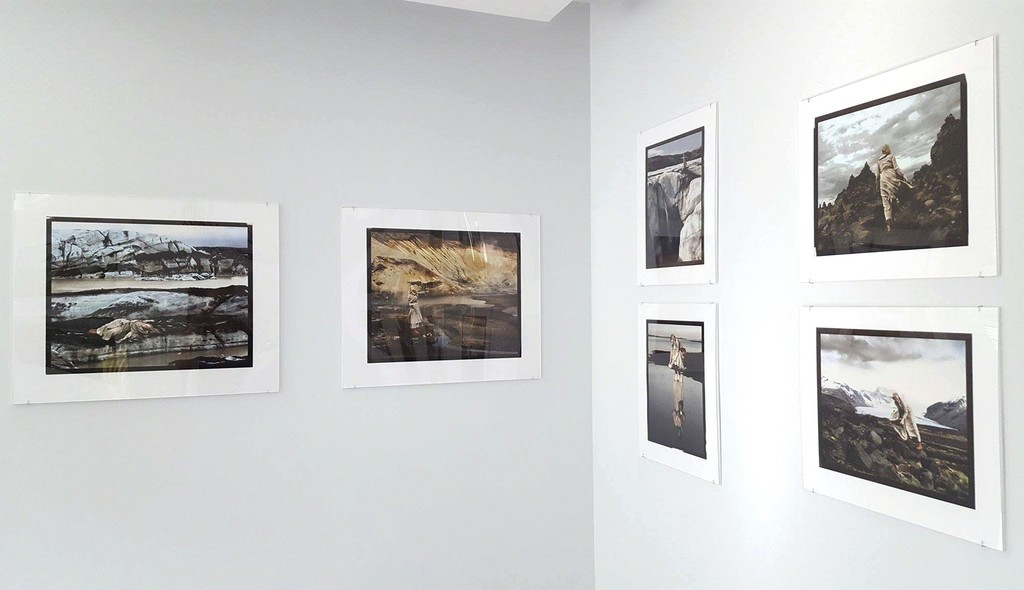 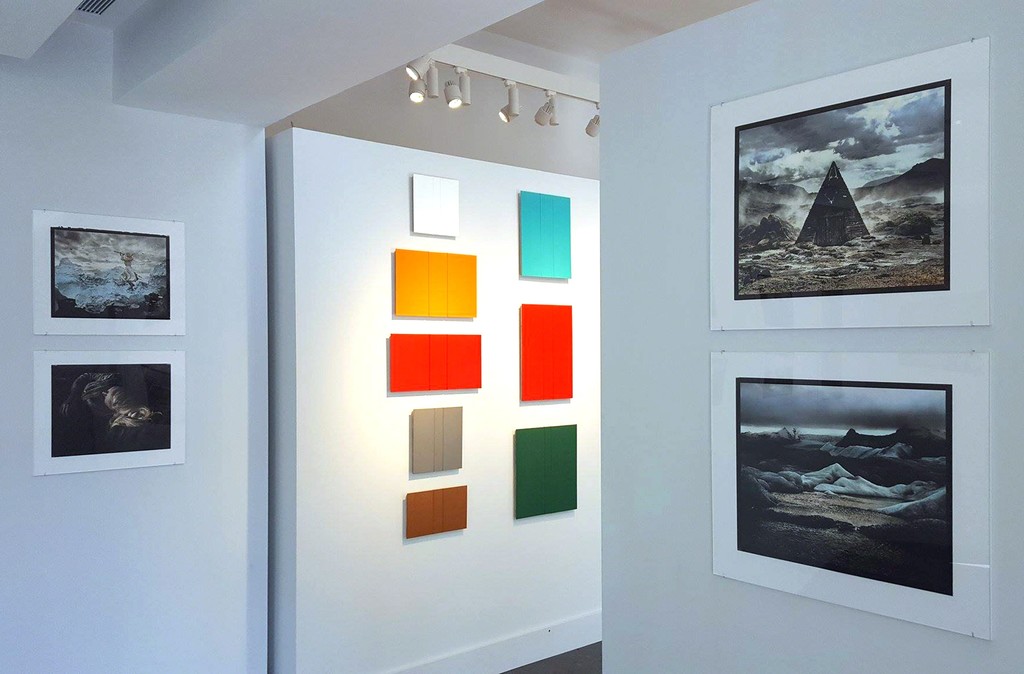 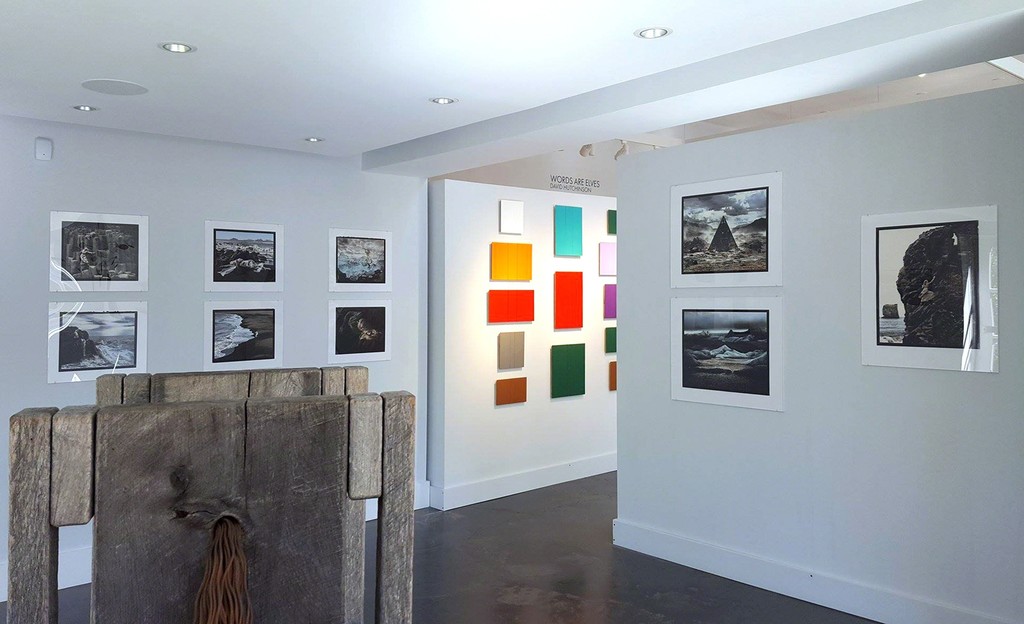 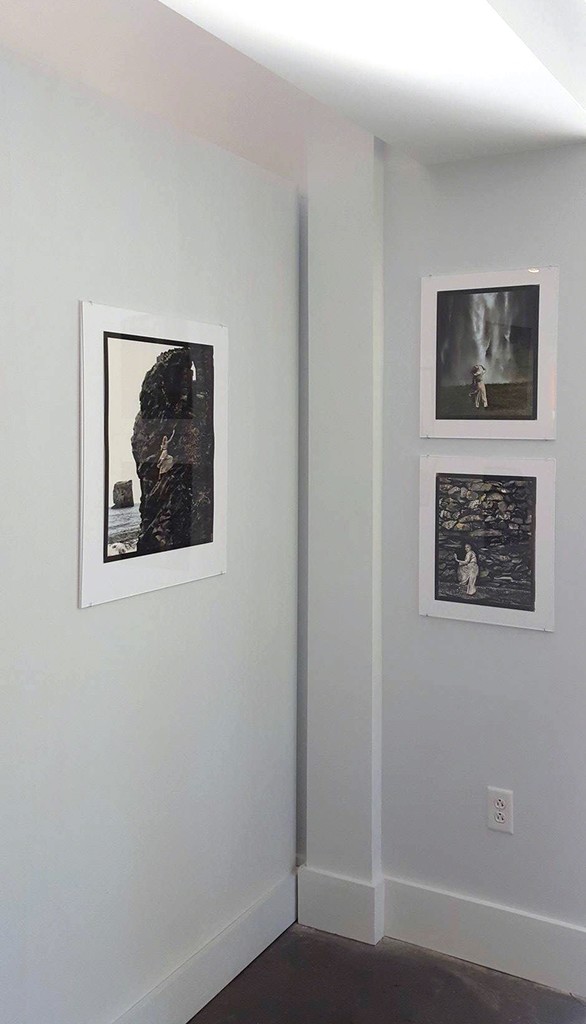 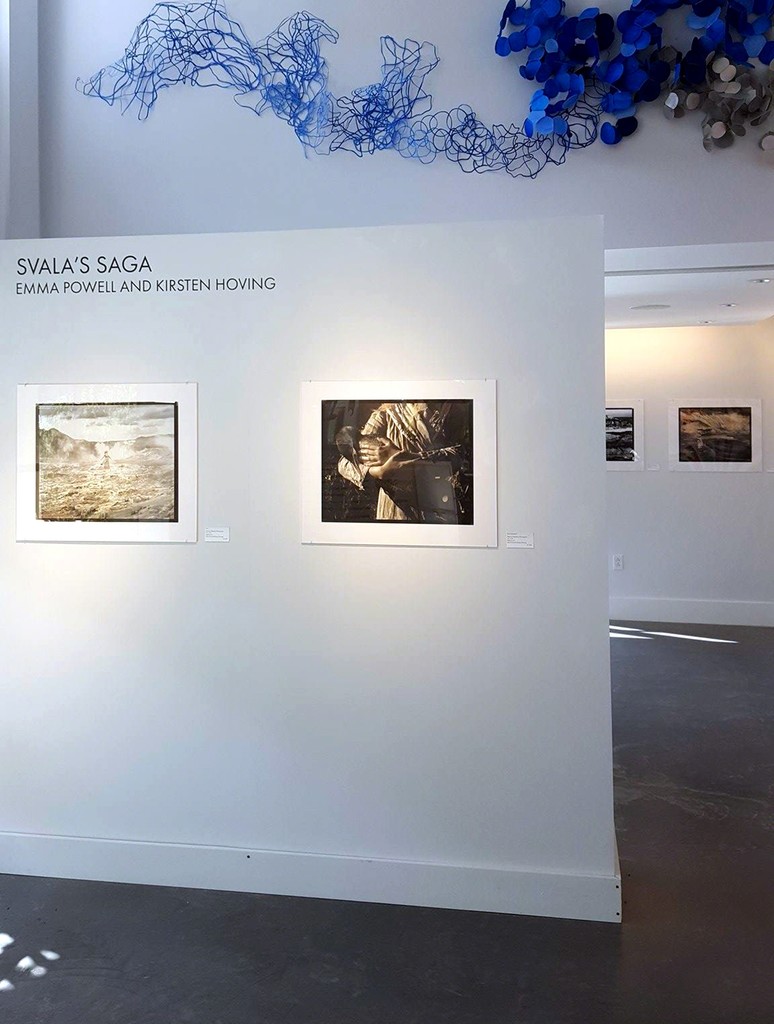 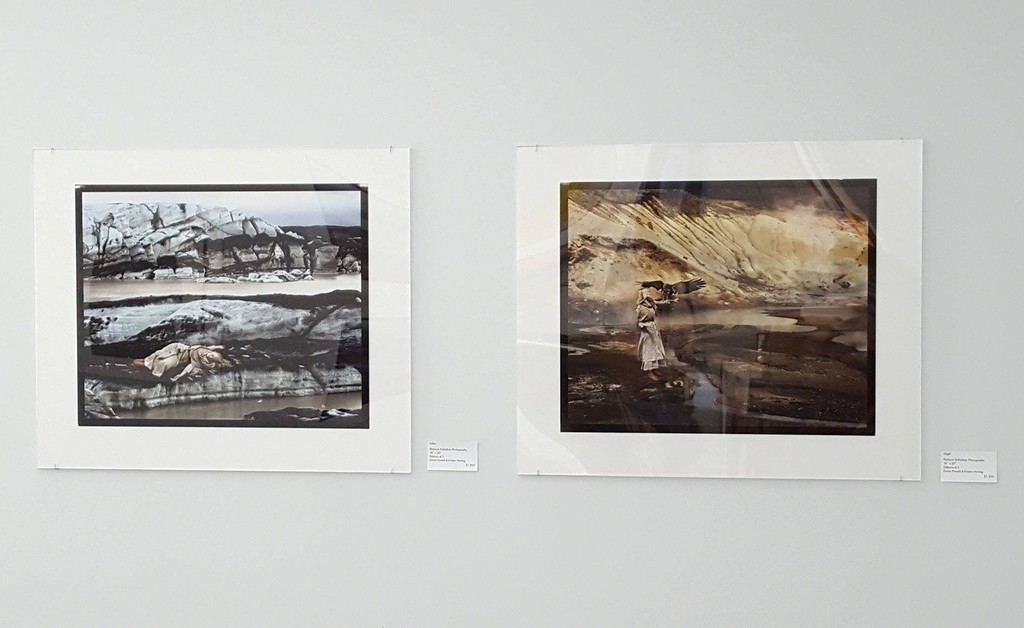 July 20, 2016, Pound Ridge, New York: The Lionheart Gallery is pleased to announce a new photography exhibition opening in September. Svala’s Saga is a collection of prints by Emma Powell and Kirsten Hoving, who like all Lionheart Gallery photographers employ alternative processes in their practice. Shot in Iceland, these timeless yet contemporary images approach climate change and extinction with a starkly elegant eye. Visitors are invited to see this show at the Lionheart Gallery at 27 Westchester Avenue in Pound Ridge, New York, from September 9–November 1, 2016. The exhibition’s opening reception will be on September 24 from 5-8 PM, which will include an artists talk.

An assistant professor of art at Colorado College, Emma Powell graduated from the College of Wooster and received her MFA in photography from Rochester Institute of Technology. Often serving as her own model, Powell examines photography’s history while incorporating historic processes and other devices within her work’s imagery. Her cyanotypes, ambrotypes, and platinum/palladium prints are widely collected and acclaimed.

For the new series Svala’s Saga, Powell collaborated with her mother and fellow artist Kirsten Hoving, Charles A. Dana Professor of Art History at Middlebury College and co-founder of PhotoPlace Gallery in Vermont. This joint project is inspired by the pressing environmental problem of species extinction, and was realized while mother and daughter were traveling within the minimalist landscapes of Iceland.

Composed of more than 40 pigment over palladium prints, many of which will be on view at the Lionheart Gallery, Svala’s Saga is a “photographic fairy tale” that follows a woman named Svala. In a poignant echo of our planet’s ecological threats, she has been confronted with a sudden loss of the world’s birds. As the Earth heats and cools, Svala journeys through the Nordic wilderness like Alice in a bleakly beautiful wonderland, searching for the last remaining eggs among icebergs and glaciers. By drawing on the archetypal motif of the quest, the artists “hope to suggest that a lone individual can make a difference through perseverance and determination.”

“Although we have seen a lot of photography dealing with the negative side of the current environmental crisis, we decided
instead to create visually compelling images that reel you in and then reveal the deeper narrative,” says Powell, noting that she and Hoving find inspiration in fantasy sources ranging from Game of Thrones to nineteenth-century book illustration to other
photographers like Nicholas Kahn and Richard Selesnick. “Though the story is a fantasy, we are dealing with very real concerns.”

Svala’s shifting psychological states are reflected in the nature by which she is surrounded: there is vulnerability as she faces waterfalls crashing over glowing green moss, tenderness as she cradles a new egg, and willful resolve as she scales steep mountain cliffs. The work is rich in archetypes and dream symbols: earth, smoke, flowing cloth, doors and ladders, and birds in flight.

These surreal images are printed on Arches Platine paper using the palladium process over digital color. This is similar to a watercolor wash in that it has little contrast and detail. A layer of palladium chemistry is coated over the under-print and exposed using a digital negative. The print is then developed and processed, and the detail comes from the photographic palladium: the palladium soaks into the fibers of the paper, while the pigment remains on the surface.

This process is quite unusual in its melding of vintage technique with digital innovation. In the words of Tristan Spinski in WIRED magazine, “In an ironic twist, Powell has shown that the very technology many feared would devalue the medium and undermine its place and relevance in the fine art world has, in an indirect way, done the very opposite.”

Viewers will find so much to appreciate in this work: a message of hope and individual purpose in the face of environmental threat, a cinematic quality of a captivating heroine in an unknown land, and an impressive level of technique from masters of fine alternative photography and all of its possibilities.

The Lionheart Gallery is open Wednesdays through Saturdays, from 11 AM to 5 PM, and Sundays from 12 noon to 4 PM. For more information and directions to the gallery at 27 Westchester Avenue in Pound Ridge, New York, visit www.thelionheartgallery.com or call 914.764.8689.