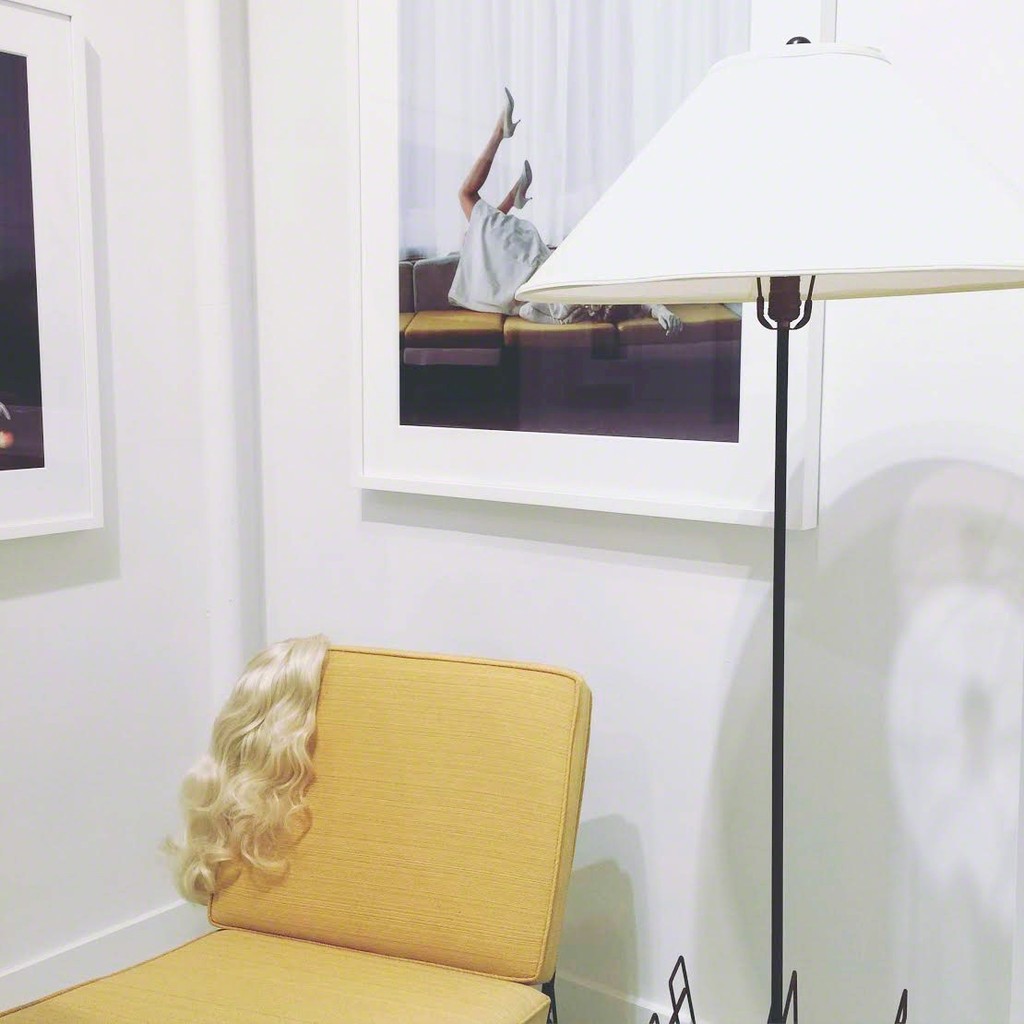 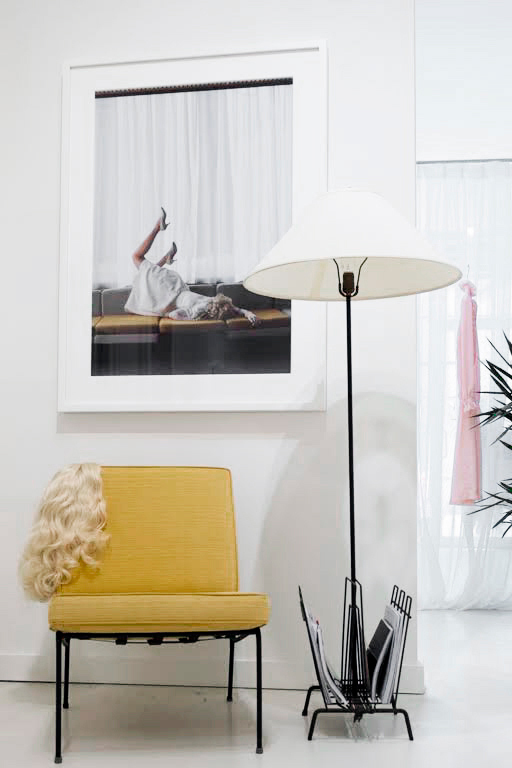 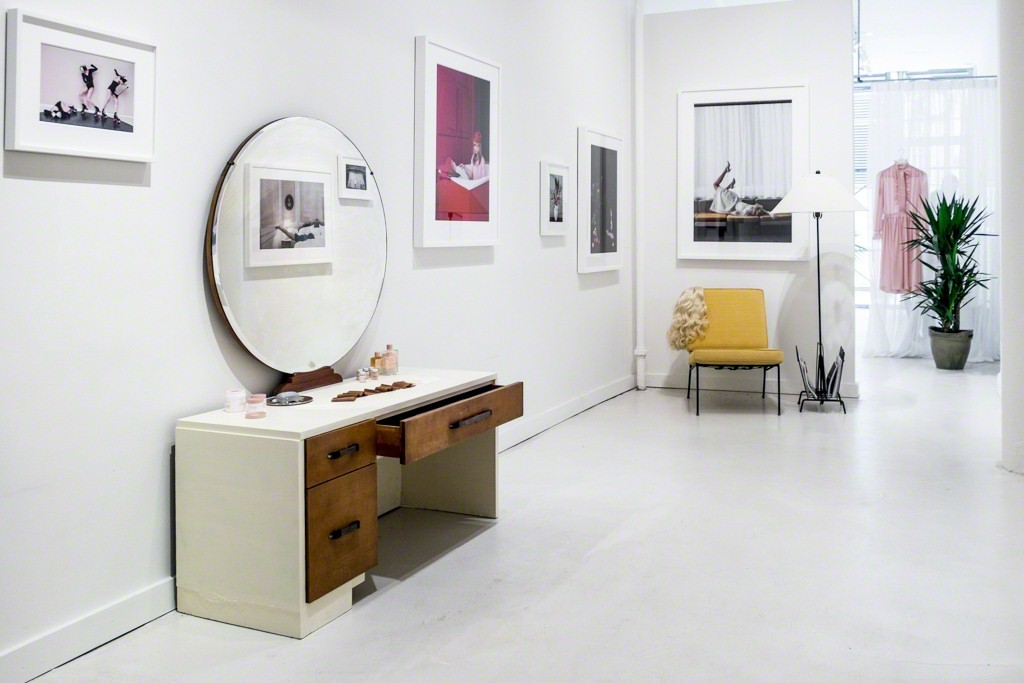 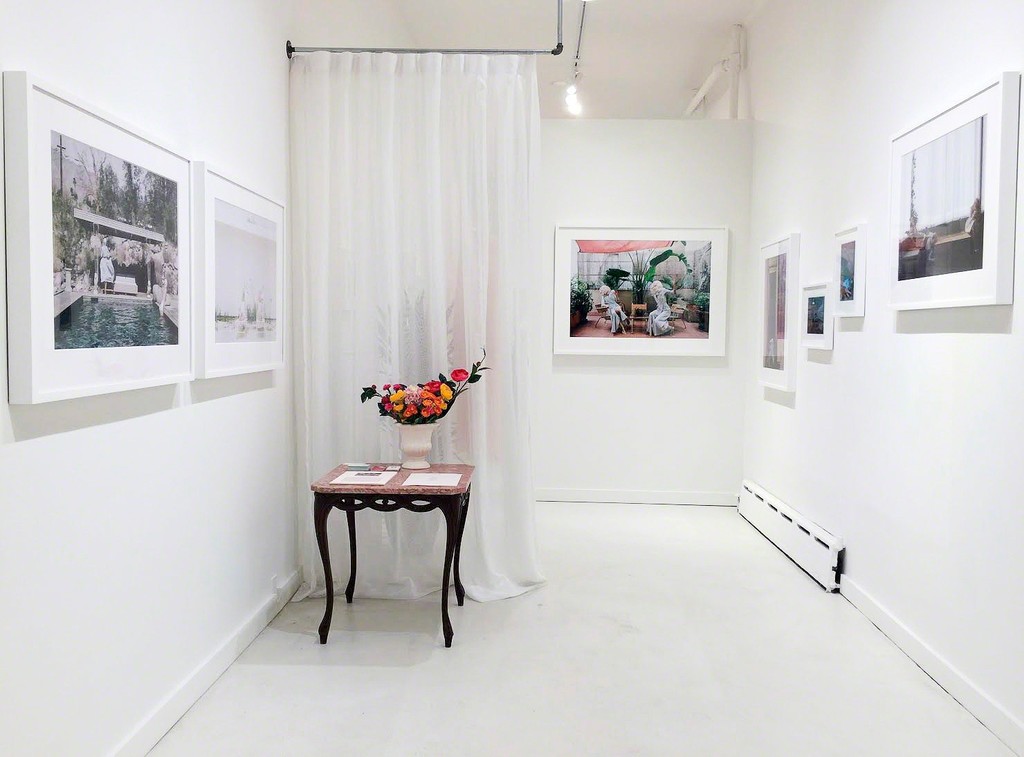 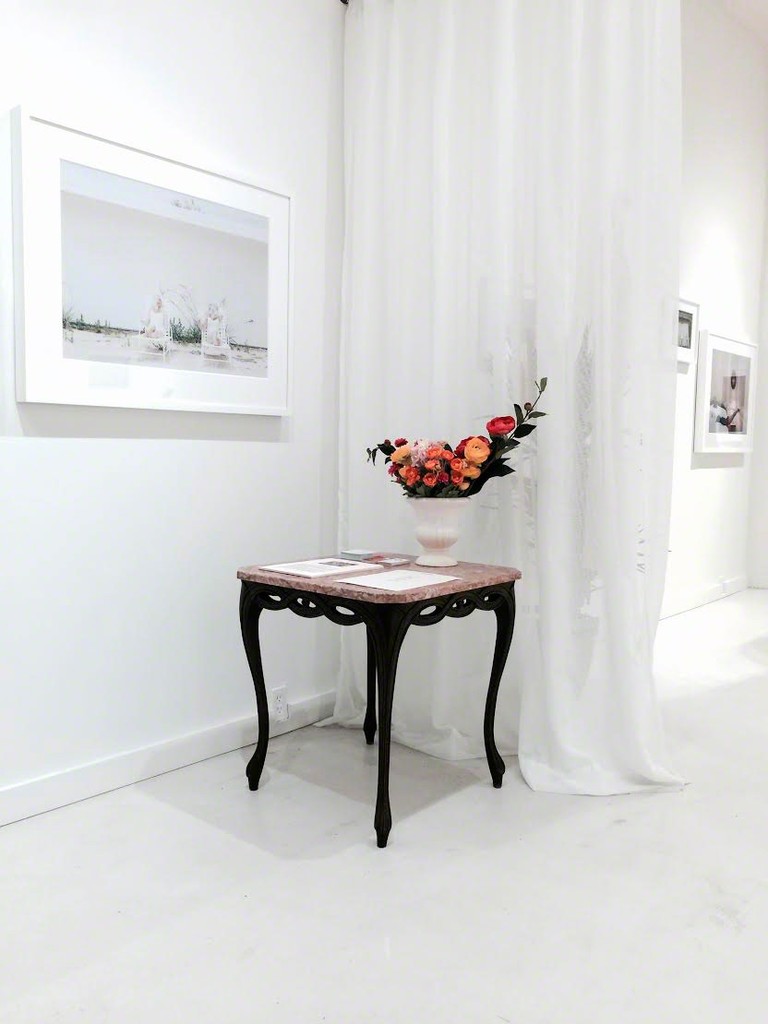 This is Anja Niemi's first solo show in USA, a collaboration between The Little Black Gallery London, Andi Potamkin and Bethanie Brady.  Niemi is considered ‘one of the most compelling modern artists working today‘ and ‘one of Europe’s most talked-about young artists’.

The exhibition Photographing In Costume features works from Niemi's last three critically acclaimed series: Darlene & Me, Starlets, and Do Not Disturb.   Niemi always works alone. She functions as photographer, director and stylist as well as appearing as the subject in all of her images.   With her purposeful mise-en-scenes, Niemi invites us to consider the construction of the female both in society and in its mirror image - film. The excessive femininity of her women, with their coiffed hair and pristine dresses, pose as many questions as statements. Is she vulnerable or powerful? Real or illusory?

In Do Not Disturb she uses the anonymous location of the hotel room. The rooms are pristine but its former inhabitants remain. We understand the illusion. Niemi´s multiple roles, comic and abject by turns play out to perfection in such a space.

The most recent series, Darlene and Me, continues the doubling theme, which featured in some of the earlier Starlet images. The relationships portrayed between the character and her other self in this Lynchian California desert are complex. A brief sequence of images with a covetable convertible suggest a body-in-the-boot murder, before it returns to familiar filmic freezeframe of two women heading towards certain freedom. But, wait, one of them is slumped back in her seat. Who could survive a confrontation with oneself?

Born in Norway in 1976, Anja Niemi studied at London College of Printing and Parsons School of Design in Paris and New York.

Andi Potamkin is an independent curator and founder of Le Mise, a private art and design advisory firm.