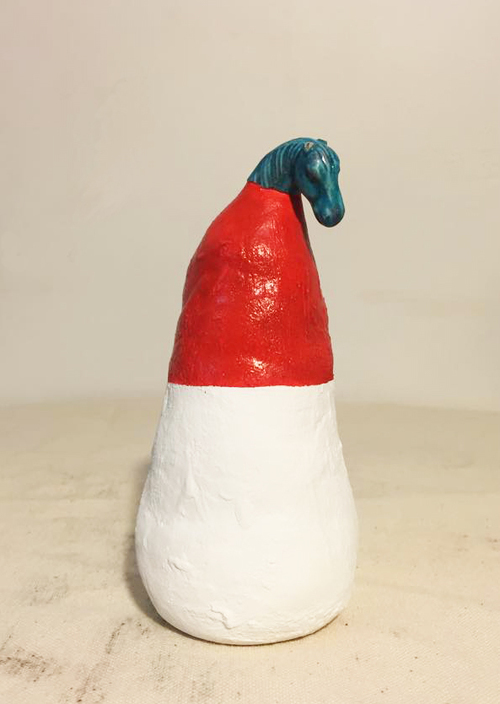 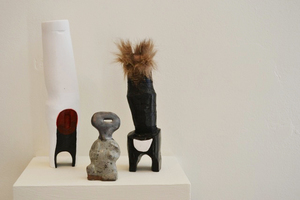 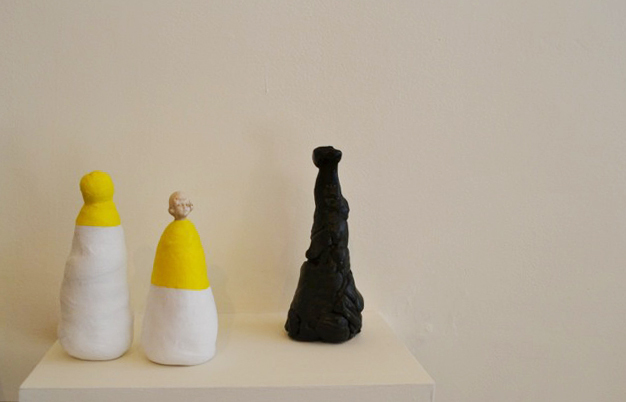 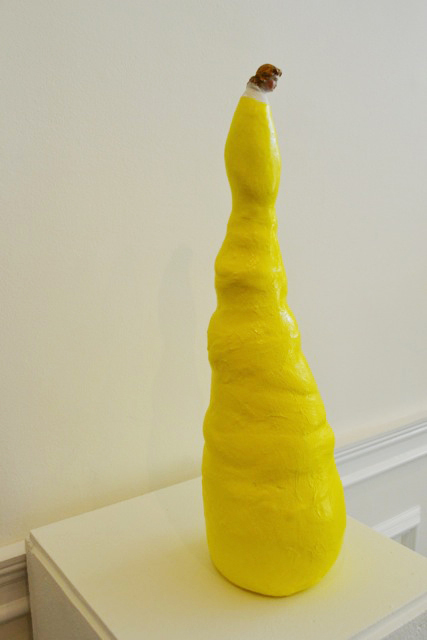 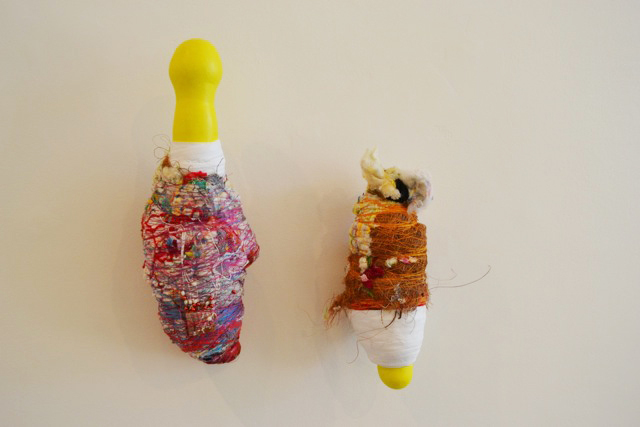 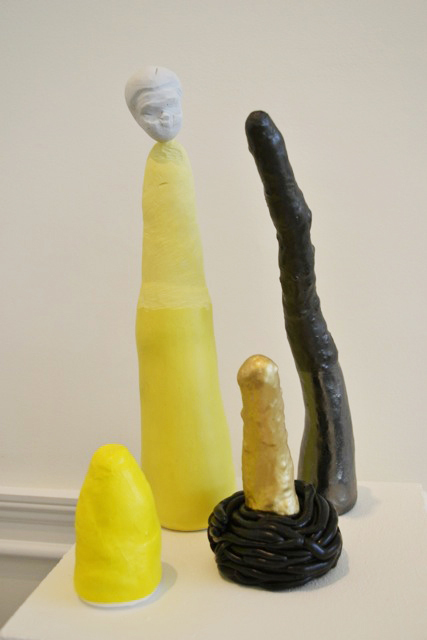 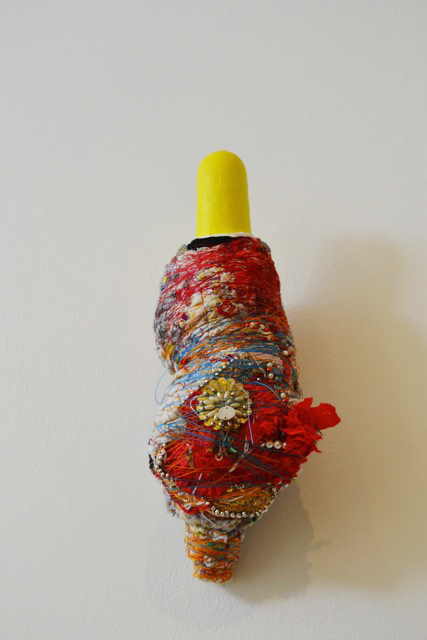 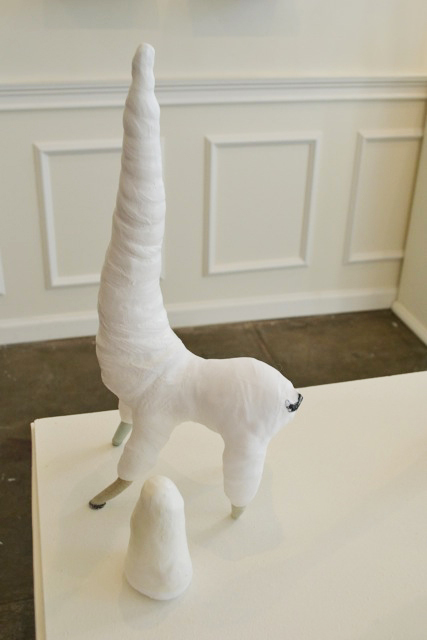 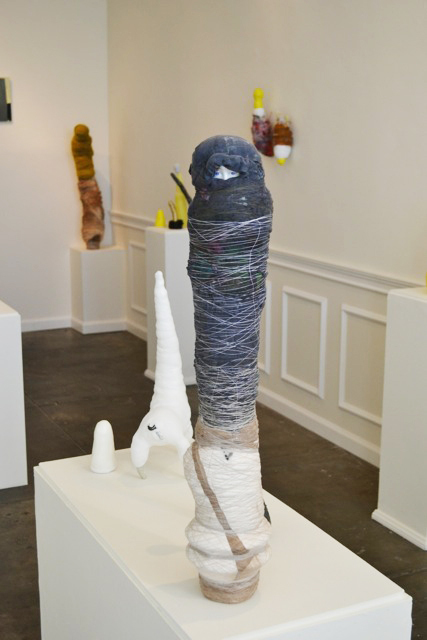 This anthology of evocative sculpture and painting probes the dichotomies of the puritanical and perverse as well as exploring the practice of bondage, entombment and resurrection. De la Vega employs a process of encasing figures, essentially mummifying them, and continues to refine and redefine them using new and found materials such as plaster, plastic paint, lead, kangaroo fur, fabric and ceramics. The figures are placed under the duress of heat and pressure until the entrapped becomes anew, emerging as whatever disassociated or abstracted form they take on. The sculptures are built laterally, relying on the cataclysmic and irrational nature of poetics and the instructive quality of materials. The artist’s thematic concern with both subjects results in a primal body of objects that oscillate around identification.

China de la Vega grew up in dairy farming country at the foot of Saddleback Mountain located in South Coast, New South Wales. Her mother was an obsessive art enthusiast who encouraged her four daughters, de la Vega being the youngest, to form an art practice at a very early age and in the converted milking shed, the girls spent their time working on art projects. Guided by a background in literary communications, poetics and an interest in outsider art and the primitive, the artist spent five years working and living with Aboriginal painters in remote Australian communities, influencing and informing her artistic practice. De la Vega’s work has been exhibited in Sydney, Melbourne, Northern Territory (Australia), Hong Kong and Beijing.

Her first exhibition was made for Damien Minton Gallery in Sydney using debris from bush camps. In 2011, a residency and exhibition in Beijing resulted in a transition to more industrial materials. As de la Vega worked from a studio near the Beijing airport for several months, this led her to Jingdezhen, the porcelain capital of China, where the artist excavated some of the ceramic heads and fragments used in her sculptures.

De la Vega currently lives and works in Sydney and maintains a studio in Jingdezhen, China.