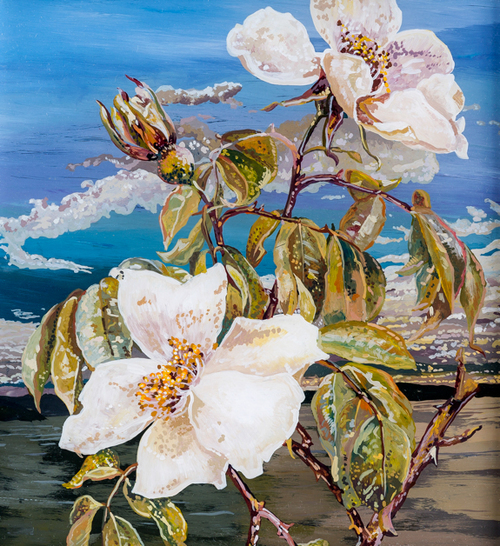 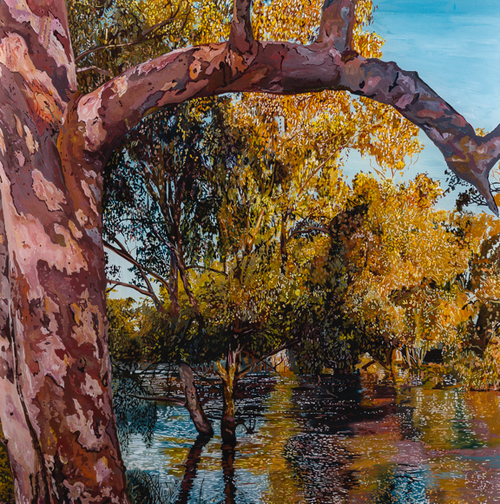 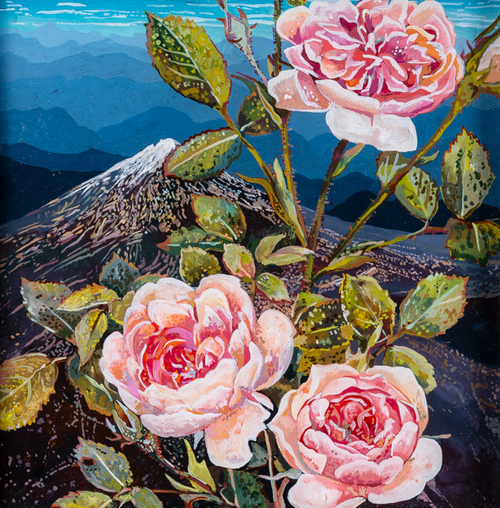 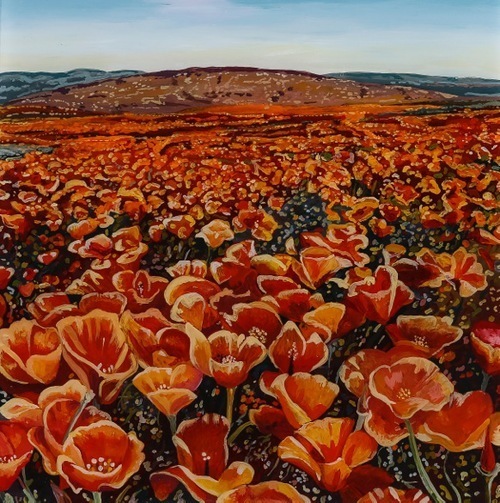 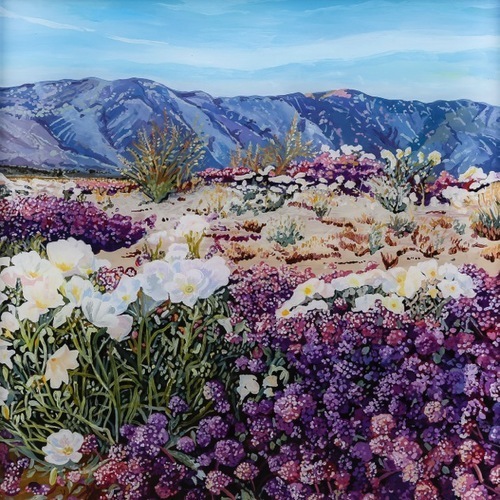 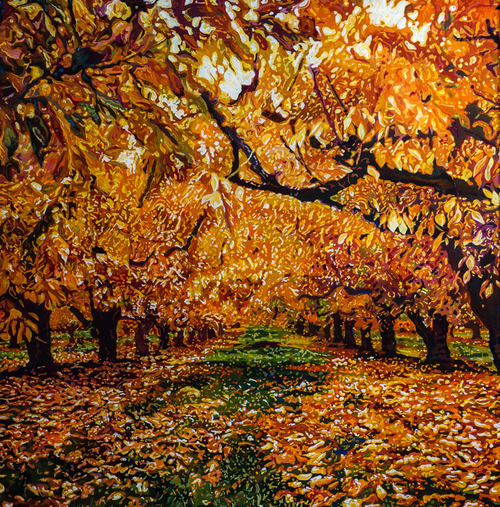 Inspired by the idea that so much of our lives is consumed through a screen, and what we see is behind a piece of glass, McKay’s works are a collection of vivid, colorful painted landscapes. They are rendered on clear plexiglass in an application of loose impressionistic brushstrokes that amplify the contrast to the perfection of the digitally transmitted image behind the screen.

The imagery pays homage to the landscapes of his adopted home in the northern hemisphere depicting autumnal orchards, rich blossom and vibrant Californian desert landscapes.

The technical challenge of painting these works in reverse, where the last brush stroke is painted first, along with McKay’s characteristic sense of bold color and imagery is reflected in the almost pointillistic, painterly stylisation.

Australian artist David McKay was born in Sydney and currently resides in the US.

From an early age, David has been attracted to bright and shiny imagery and possessed an urge to paint on any surface he could find.

From his first solo show at Hogarth Galleries, based on vintage postcards from Sydney, he has successfully combined a career as an exhibiting artist with that of a Production Designer and Director in both the Australian and international film industries.

David was also in the legendary surfwear label, Mambo’s original stable of artists.

His work has been influenced by his extensive travels particularly in Mexico, Africa, and Japan and been involved in many groups and solo exhibitions in Australia, Japan, USA, England and Europe. He has also conceived and had published an illustrated cookbook with his chef sister, Kirsten McKay and writer Anna Johnson, titled ‘The Cosmic Feast’, a lighthearted approach to cooking and seduction based on astrology. His paintings have been extensively collected privately and publicly, most notably his ‘Waratah’ is part of the NSW Parliament House permanent collection.

Stylistically David continues his love of color and vibrancy, depicting everyday objects, in a painterly ‘pop’ manner and on a diverse range of found objects ranging from surfboards to musical instruments.

Currently, he is working on a series of seasonal landscapes, painted in reverse on clear plexiglass panels. Most recently was both the Production and Costume Designer on the feature film ‘Manny Lewis’, a romantic comedy starring Australian stand up comic Carl Barron, to be released in early 2015.