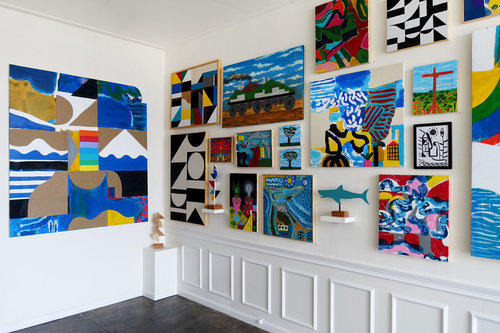 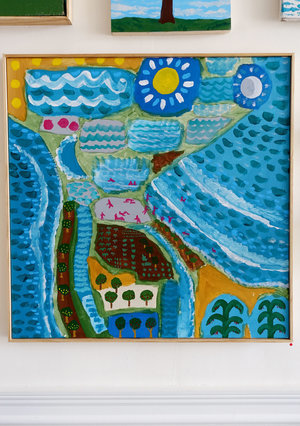 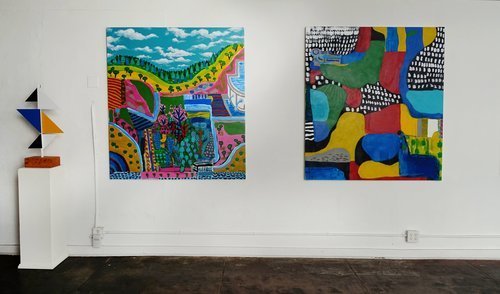 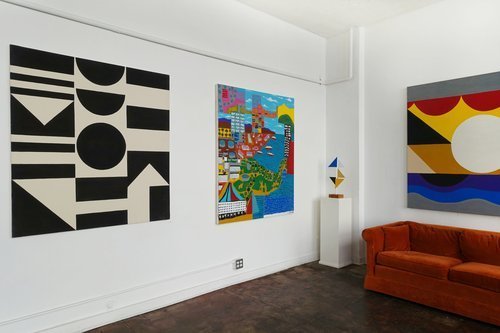 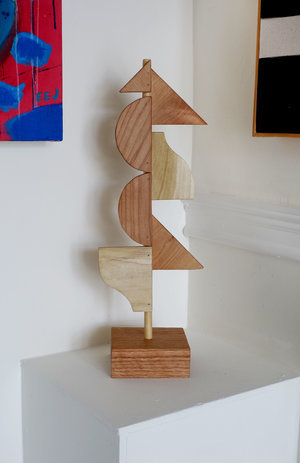 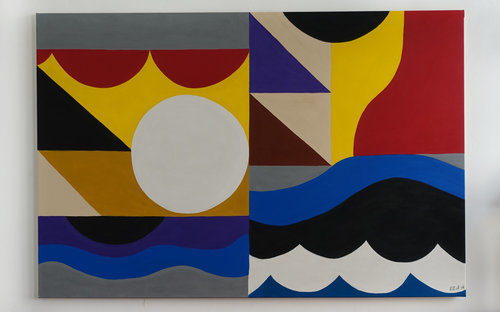 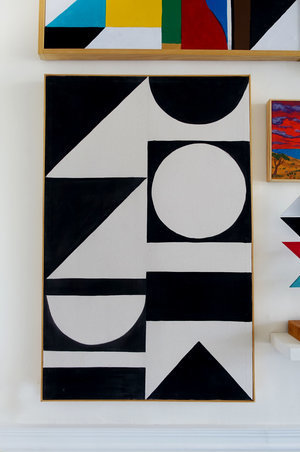 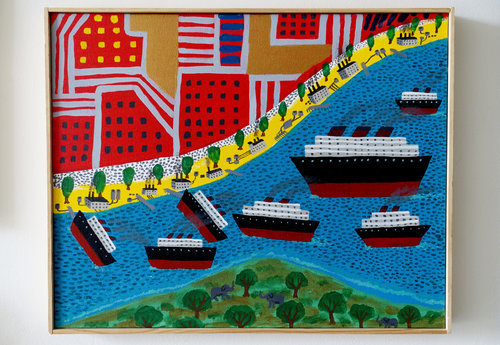 Mankind’s relationship to Earth and its natural resources is a theme that has existed throughout Johnson’s career. With Running Water, the native Angelino continues to explore civilization’s effect on nature and other living beings. Recalling tribal, primitive existence and the wonders of engineering and technology, his surreal maps and bird's eye views allow us to study his explorations from a perspective we rarely possess. Johnson’s work is as much an homage to his beloved home state of California, as it is the planet Earth. The show also features sculptures, totems and mobiles.

Johnson's work has been featured in Purple Magazine, Paris Vogue, Because, Vogue Homme, 25 Beautiful Homes, Riviera and The World of Interiors as well as books Johnson Hartig: Libertine, Dreaming Small, Flair by Joe Nye, American Fashion Designers at Home and Domino: The Book of Decorating. Johnson is a published poet, muralist, musician, and video director and has collaborated with fashion brands Libertine and NewbarK. This is his second show at The Lodge. Johnson has a BFA from San Francisco Art Institute and has shown in Los Angeles, New York, San Francisco, South Korea, Scotland, and Switzerland.