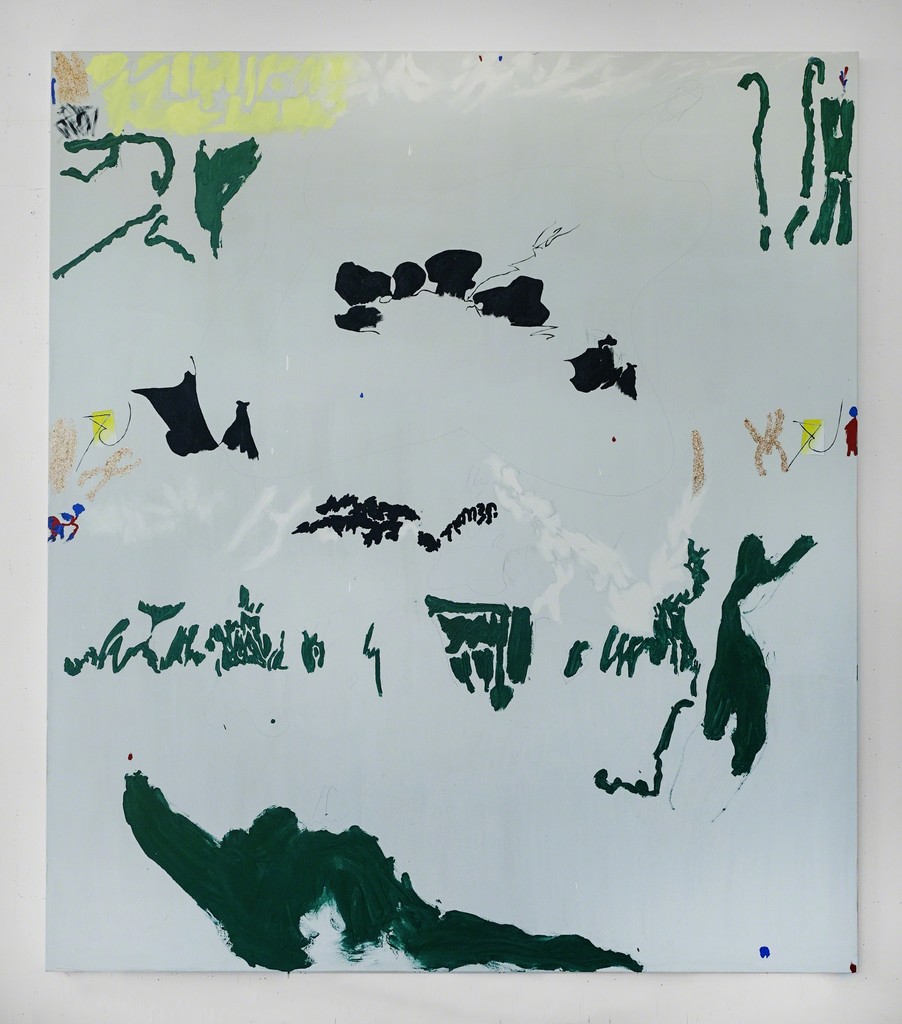 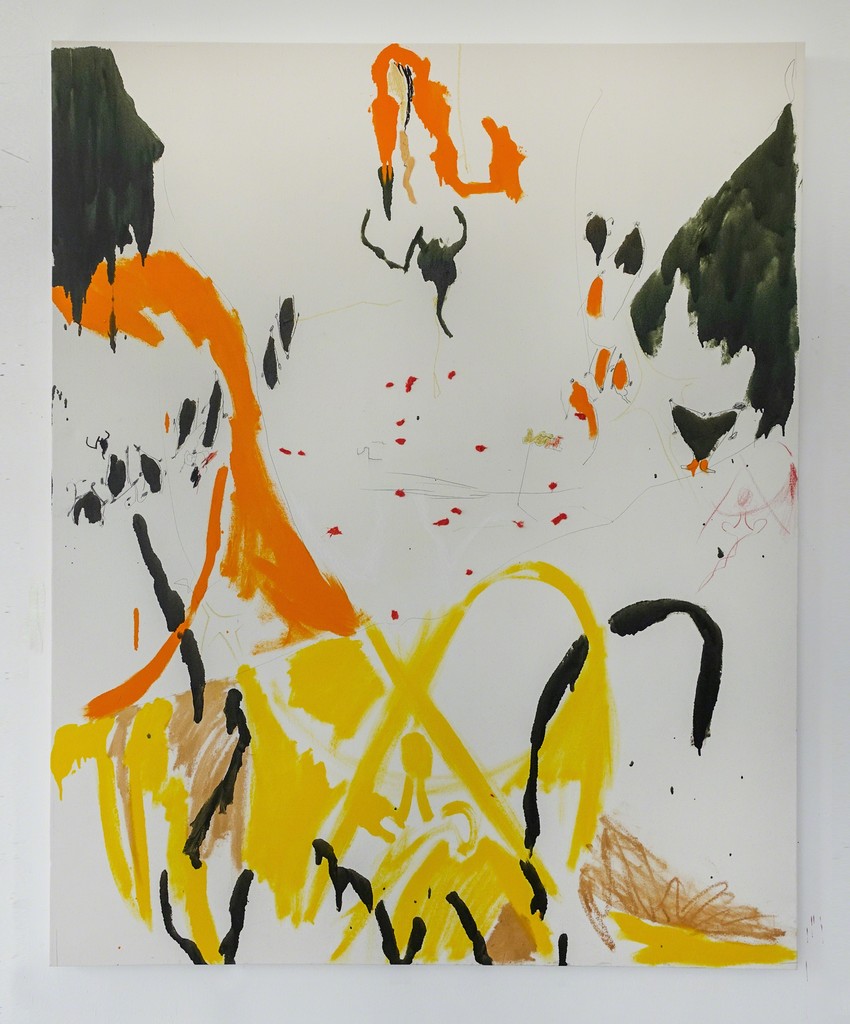 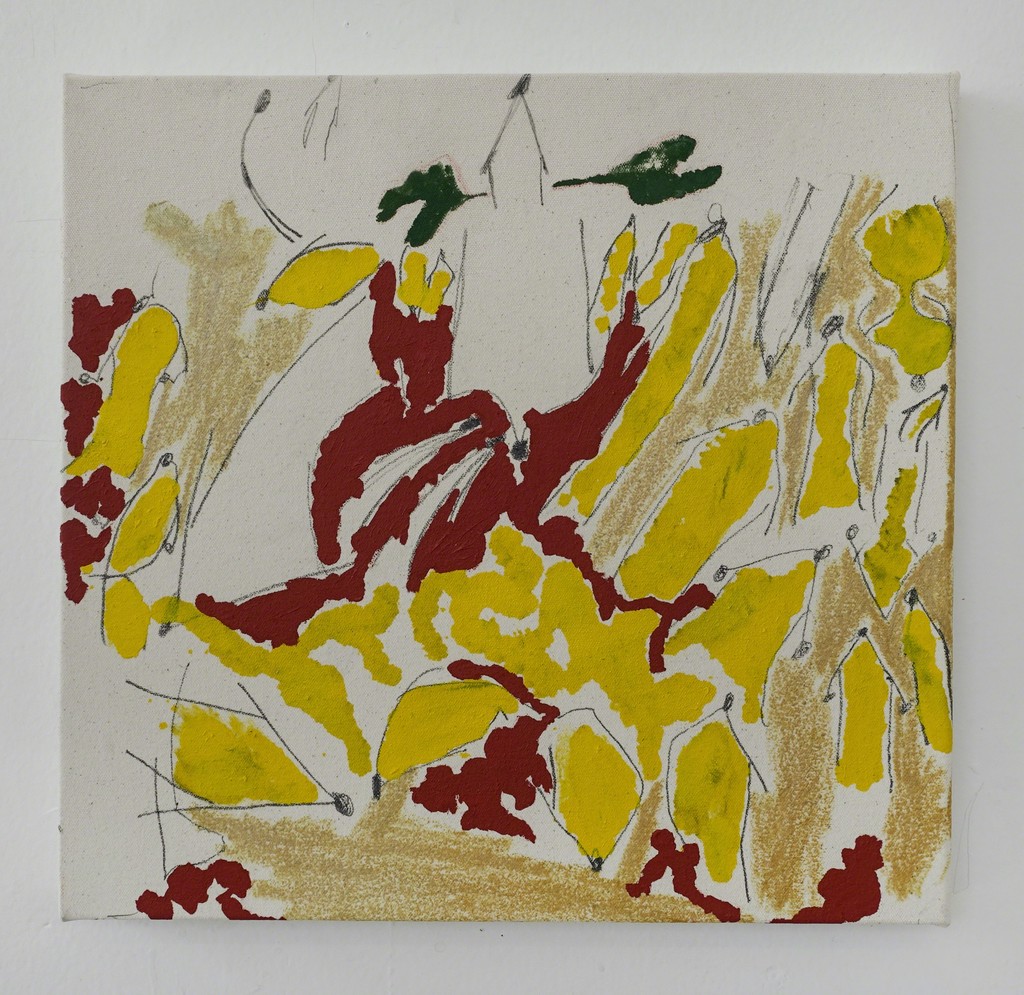 The Lodge is pleased to present "Oar Tatig", an exhibition of new paintings by Iranian-American artist Maysha Mohamedi. Oar Tatig is an acronym that stands for the phrase "Open and Receptive to All That is Good."

The exhibition features new work that evolves Mohamedi's idiosyncratic gestural language, formally drawing upon the calligraphic line of her ancestral language, Farsi - a language rich in metaphor and poetic suggestion, serving to symbolize the lens through which Mohamedi represents the internal world of her gender, her species, and her self.

Depicting her negotiation of two cultures, the works present motifs of figuration and abstraction. Using her trademark palette of primary colors and an unorthodox collection of mark-making, Mohamedi references fate, play, and dominance - ideologies central to the Iranian mind. Underscoring these works is Mohamedi's training in chemistry and the greater biological sciences, as she hand collects beach tar from the beaches of Santa Barbara and distills this blackest of black substances into paint -- humorously circumventing the painter's creed to never use black straight from the tube, the artist endeavors to tap her original source: Mother Earth.

Artist Bio:
Maysha Mohamedi is an Iranian-American painter who lives and works in Los Angeles. Her studio is located in the Fashion District in Downtown LA but she uses materials from all over: from beach tar that she collects with her sons on the beaches of Santa Barbara to tubes of Middle Eastern paint imported from her mother country of Iran. She has exhibited widely in New York and Los Angeles, including exhibitions at The Hole, The Pit and Steve Turner Contemporary. She is also a founding member of the Los Angeles art collective, Binder of Women. Maysha is the recipient of several award and residences, ranging from a National Science Foundation Fellowship in Tokyo, to an AICAD New York Studio Residency. Her work has been profiled in the LA Times, The Huffington Post, SF Arts Quarterly and The Conversation Art Podcast.