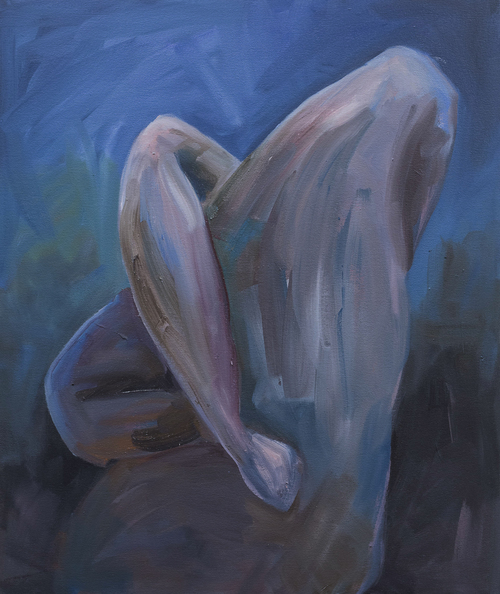 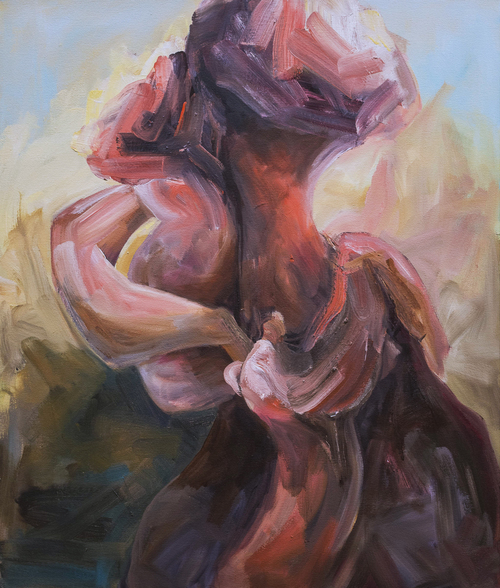 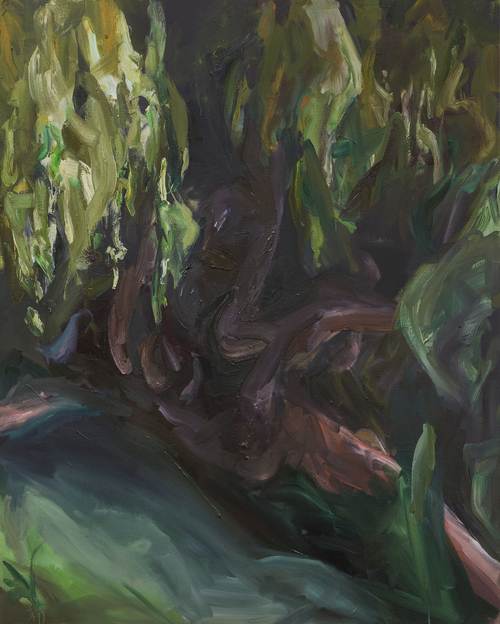 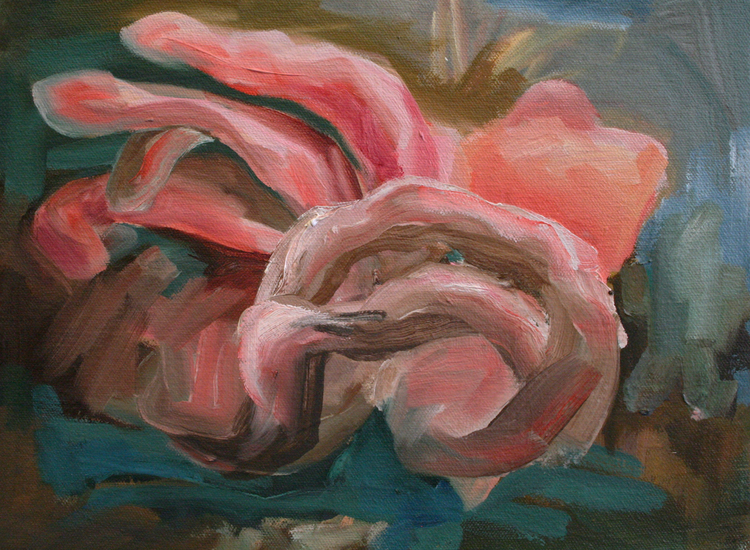 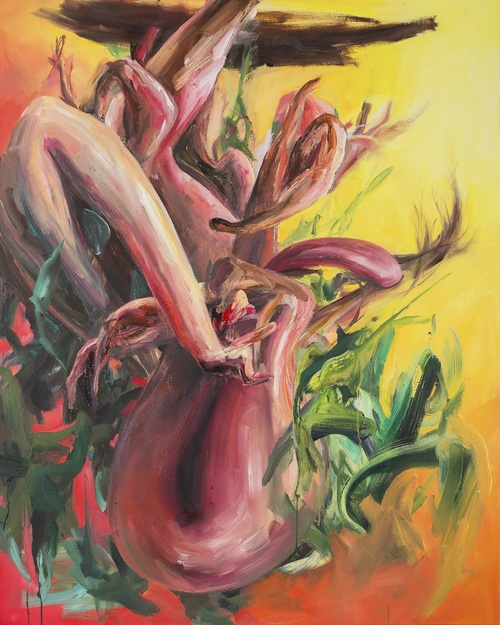 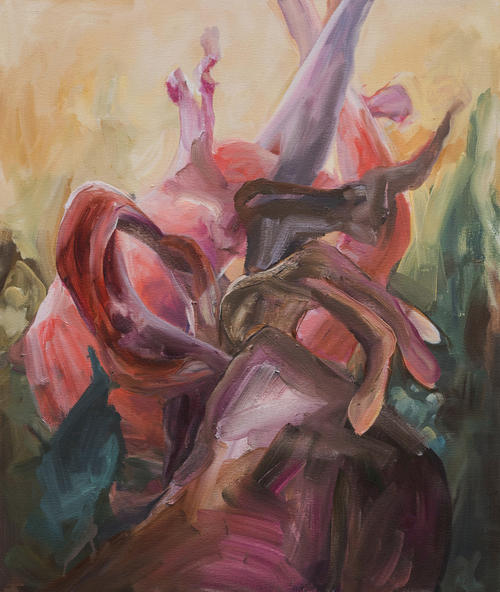 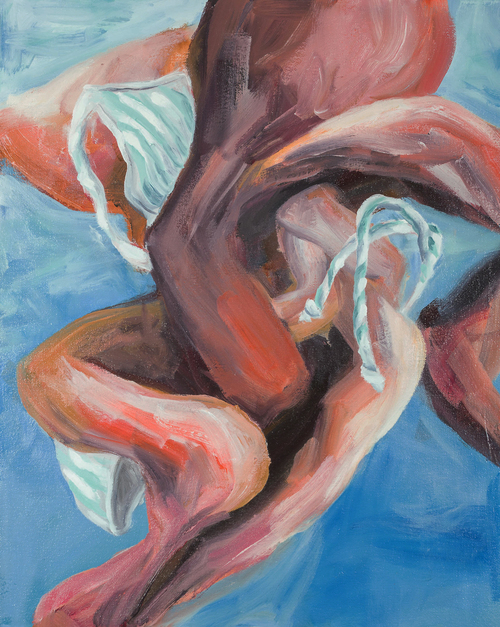 In this new series of work, Broersma mines her own personal history for the moments that shaped her perception of what was and wasn’t appropriate about the body. Fleshy forms twist and contort themselves into impossible arrangements, suggesting the lengths we go to in order to satisfy the expectations of others. In both literal and figurative terms, she considers the trophies she received and the aspects of herself they awarded. Then addressing the flipside, several works in the show imply figures hiding their actions in tangled landscapes by moonlight. Ideas of reward, shame, presentation and taboos meander throughout the paintings, delving into what is showcased and what is hidden.

The representation of the human form has been a focus in Broersma’s work for the past several years. Past projects have included portraits of women exercising and paintings that stem from familiar art historical precedents such as bathers and reclining nudes. In all her projects, Broersma uses the human form to disrupt the power structures of the gaze and convention when it comes to the presentation of the body. Deviation and invention in the way she paints the figure act as tools with which she removes the normal cues for beauty and normalcy, allowing her to regain agency in how she presents the body.

Virginia Broersma graduated from SCAD (Savannah College of Art and Design) with a BFA in 2004. She is now a Los Angeles based artist. Recent exhibitions include a solo show at Autonomie, an artist run space in Los Angeles, and at Fermilab, the nation’s premier particle physics laboratory in Illinois. Broersma’s works have been included in group exhibitions at the Oceanside Museum of Art, the Riverside Art Museum and the Museum of Art and History in Southern California, as well as in Tokyo, Berlin, New York and Chicago among other US and international cities. Broersma has been the recipient of several grants including funding from the California Institute of Contemporary Arts, the Puffin Foundation and was awarded a Community Arts Assistance Program grant from the City of Chicago, IL in both 2010 and 2011.