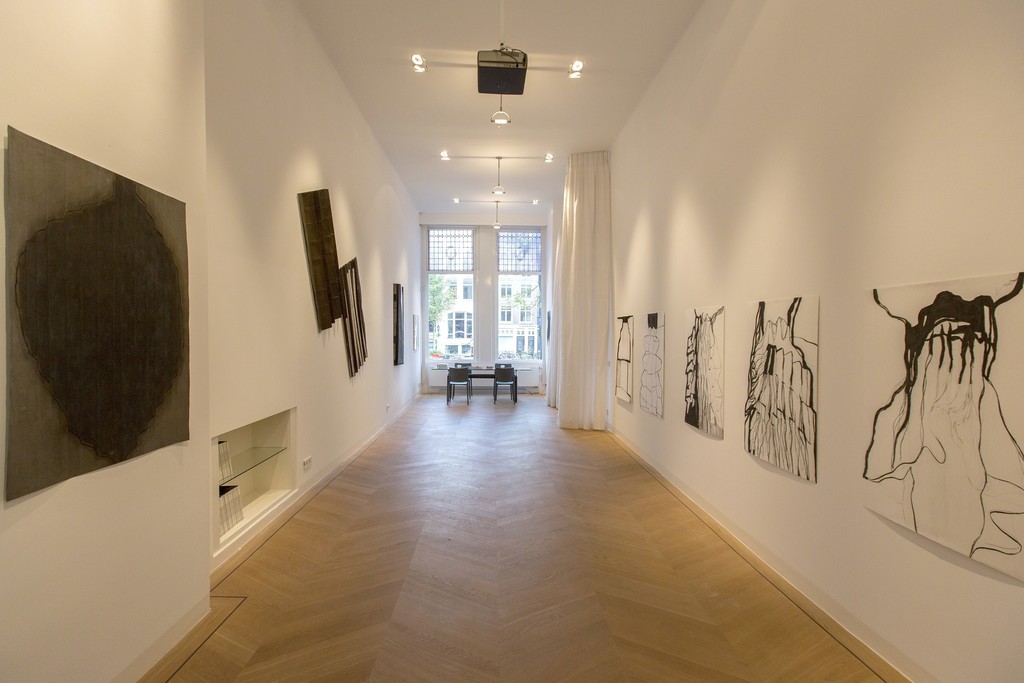 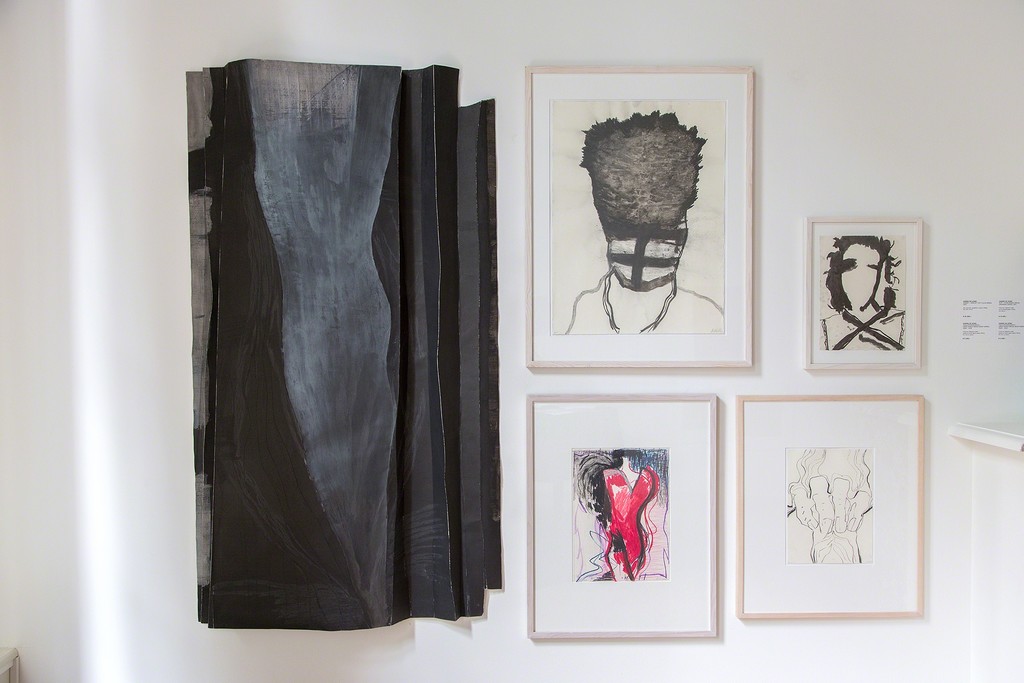 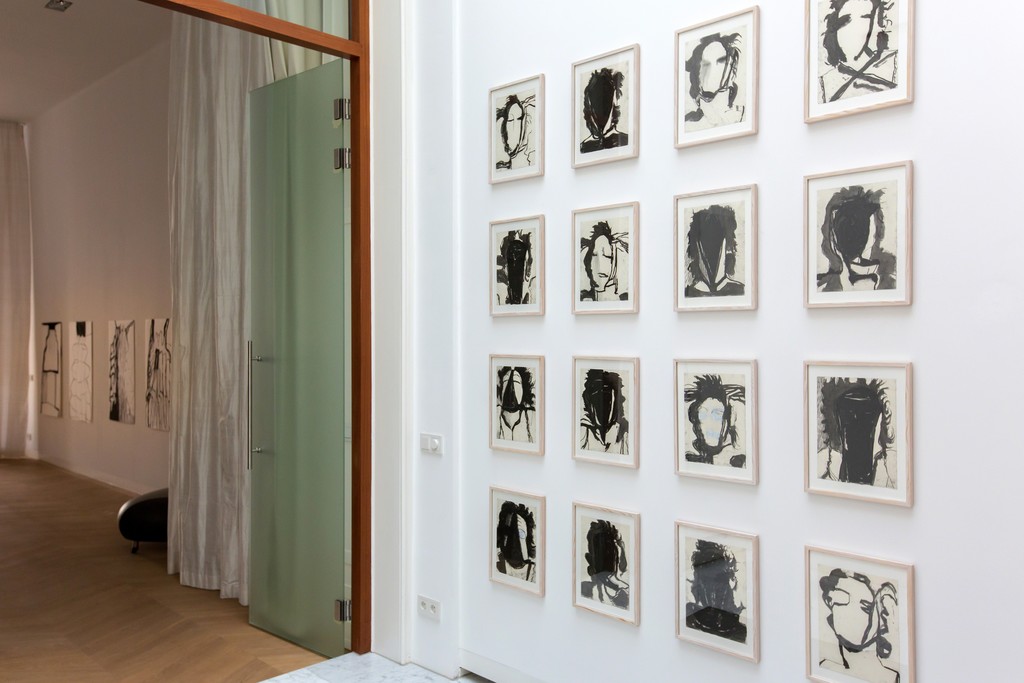 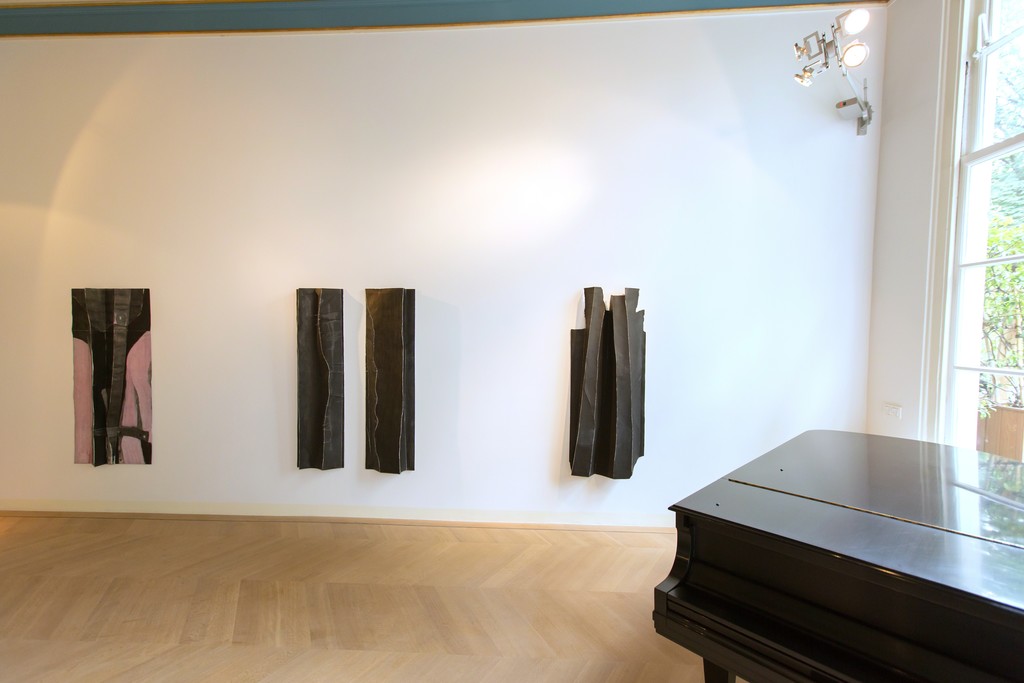 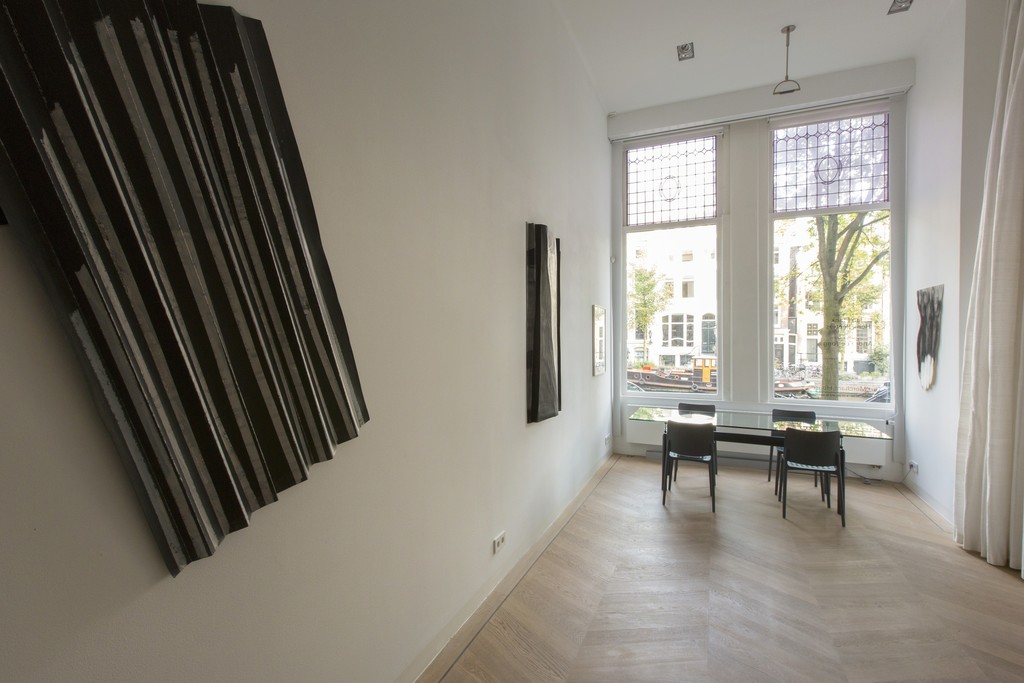 On October 17, 2014, The Merchant House opens its new season with a large-scale exhibition of the Dutch visionary artist André de Jong (b.1945), whose prolific career spans over four decades.Whether plunging into the “ultimate” formal depths postulated by Ad Reinhardt or Eva Hesse-like plays of artifact, the art of André de Jong de!es categorization.Recognizing the importance of de Jong’s query of man and nature, Han Steenbruggen,
Director of the Museum Belvédère in Heerenveen (The Netherlands), dedicated the museum’s central space to his solo show in 2010. From the !rst drawings and photographs in the exhibition catalogue, de Jong’s oeuvre unfolds with uncanny beauty and masterful draftsmanship, which leave little doubt of this modest man’s place in the top echelons of contemporary art, next to Pierre Soulages, Annette Messager, Giuseppe Penone, and Georg Baselitz, to name but a few.The focus of the exhibition is on the new mixed media reliefs Folds and a related series of works from de Jong’s vast oeuvre. Strikingly, his mostly black and white drawn images—he uses pencil, charcoal, ink, Siberian chalk, and oil stick or pigment on regular and heavily worked paper—capture the illuminated color !elds and vital forms of nature chanced upon or staged by the artist.

André de Jong's Biography:
Hailed by Amsterdam’s Het Parool: “His drawings and assemblages are both monumental and delicate. A discovery.”

André de Jong, a visionary Dutch artist born in 1947, has had a prolific career spanning over four decades.
De Jong is celebrated for his monumental black and white drawings and three-dimensional Folds. He was born in 1945 and studied at Art Academy in Maastricht. After finishing the Academy, De Jong moved north and continues to live in Friesland. De Jong’s long periods of working in relative isolation have been punctuated by regular exploratory trips abroad, particularly to Iceland and Norway, which provided an important inspiration for his work as painter and draftsman.
Publications:
--" Exhibition catalogue with an editorial by Marsha Plotnitsky, founding director of
The Merchant House, and an interview between the artist and the Director of the
--Museum Belvédère, Han Steenbruggen.
" André de Jong, Getekend, monograph,Museum Belvédère, Heerenveen, 2010.