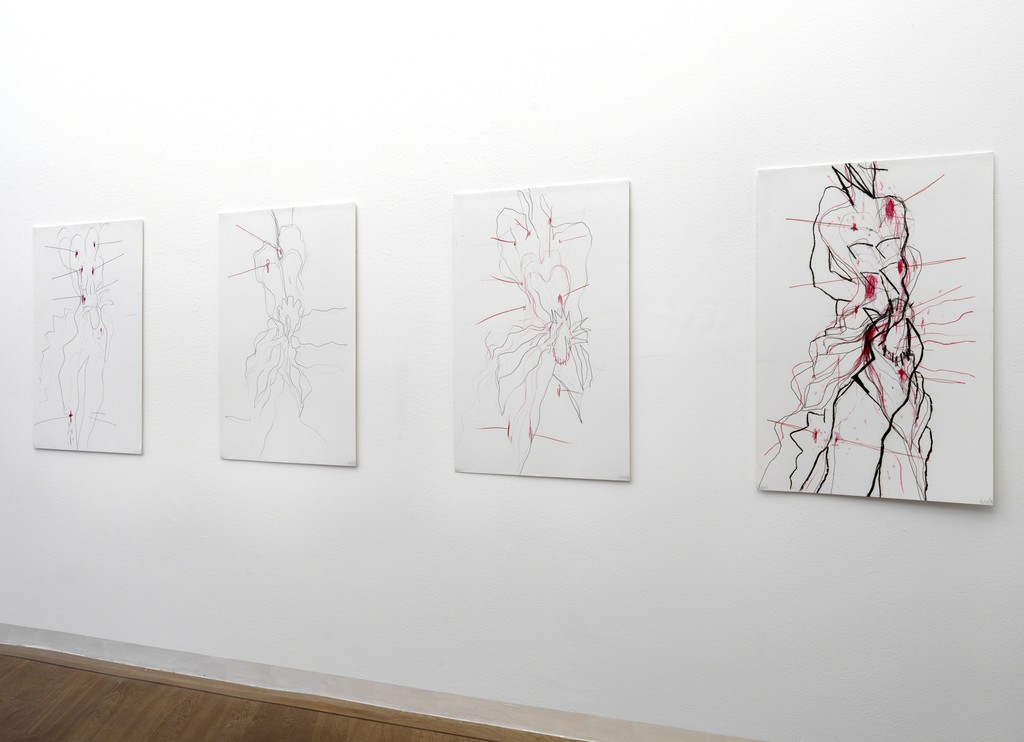 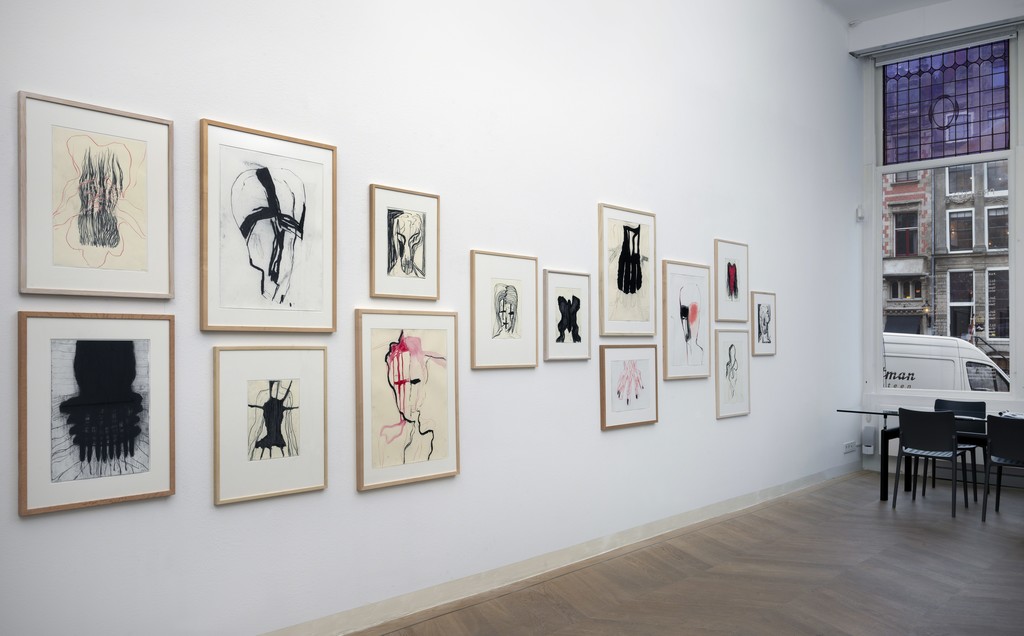 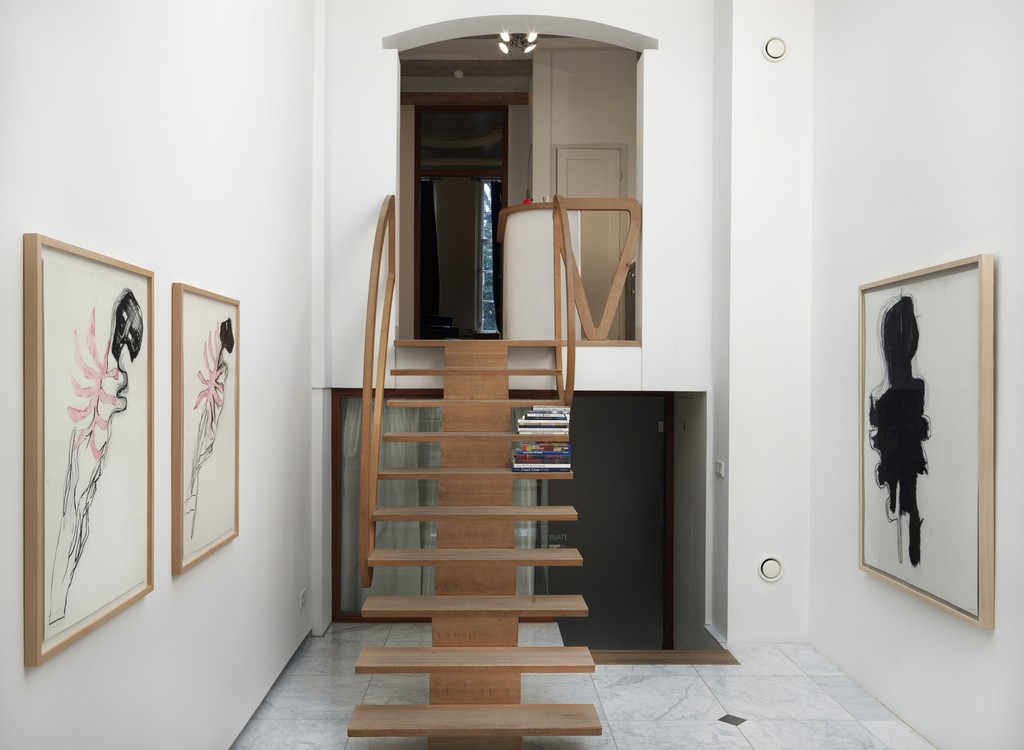 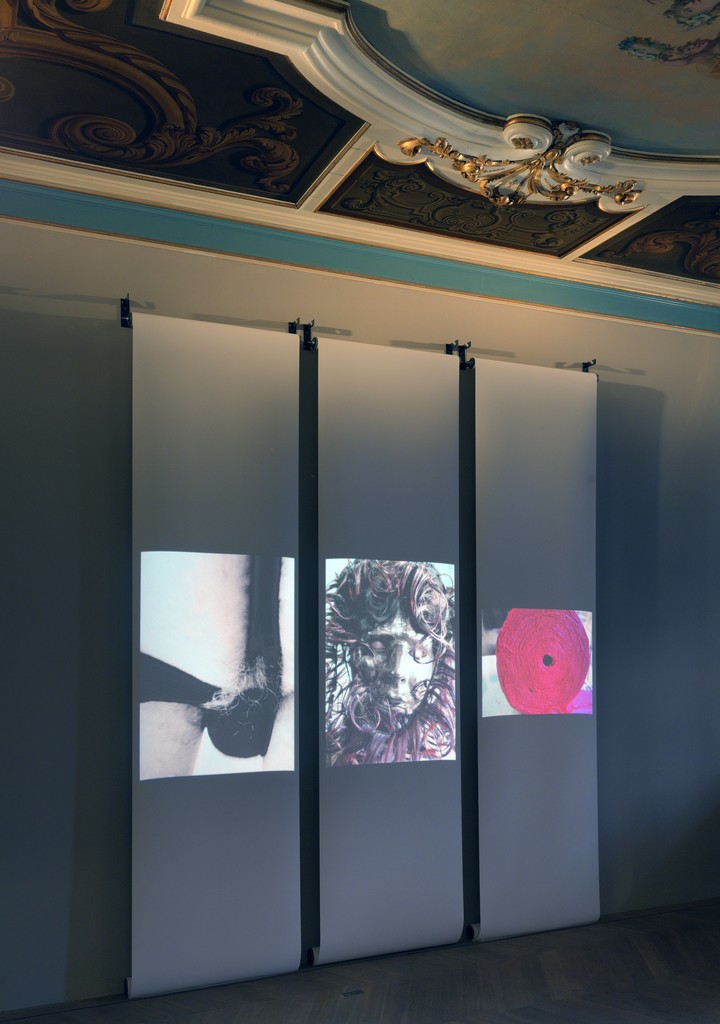 André de Jong returns to The Merchant House with new works placed alongside his performative photography in its first public display. Centered on the series St. Sebastian, 2017, the show brings to the forefront the artist’s complex themes and methods of working.

Writing for the influential Dutch literary magazine De Gids, the media theorist Arjen Mulder called André de Jong (1945, NL) the most important contemporary draftsman and pitted the “bodily power” of his “organic lines” against that of Piet Mondrian and Paul Klee.

De Jong has been pushing the limits of drawing in his magisterial oeuvre for over five decades. But he is also a performer, a photographer, a sculptor and a conceptual landscapist. And he continues to redefine the state of art by grounding creation in the essential need to draw a line to reveal a thought. Early on he chose to withdraw from the bustle of the art world and moved to the north of the Netherlands, to Friesland. In his studio and its grounds of his making, his life and art are naturally entwined: “I enact a performance, or place photographs on the table, or I go outside and collect some butterburs… The act of drawing itself is also part of the process.”

TMH’s two-part selection of De Jong’s new works expands on the artist’s retrospective at the gallery in 2014. Importantly, it lays bare his lifetime investigation of art’s fundamental notion of revelation, which is bound together with his revelatory (in the sense of discovery and recognition) methods of working. Starting with the obsessive search for sparks of visual narratives in spontaneously meandering lines, De Jong registers his finds in smaller drawings and photographs of staged performative actions. He further reimagines these in his anthropological series on paper and paper reliefs, the monumental Folds. For TMH, he has reconfigured and reframed for public exposure a number of earlier private images as well as unpacked a chanced crossing of lines from his sketchbook in the radical new St. Sebastian sequence.

De Jong’s pencil thin, faintly subsisting and charcoaled, domineering figures of the all-too-familiar—but stark bare—martyr saint are of-the-moment ambiguous and painfully disturbing. Yet their reincarnation in the broken linear contours and overlapping planes of other works also evoke the timeless thrills of the body in action sensually tied to nature. Brimming with possibilities for disclosure—epiphanies even—the works leave the viewer and the artist relationally conjoined in the continuous unfolding of meaning.