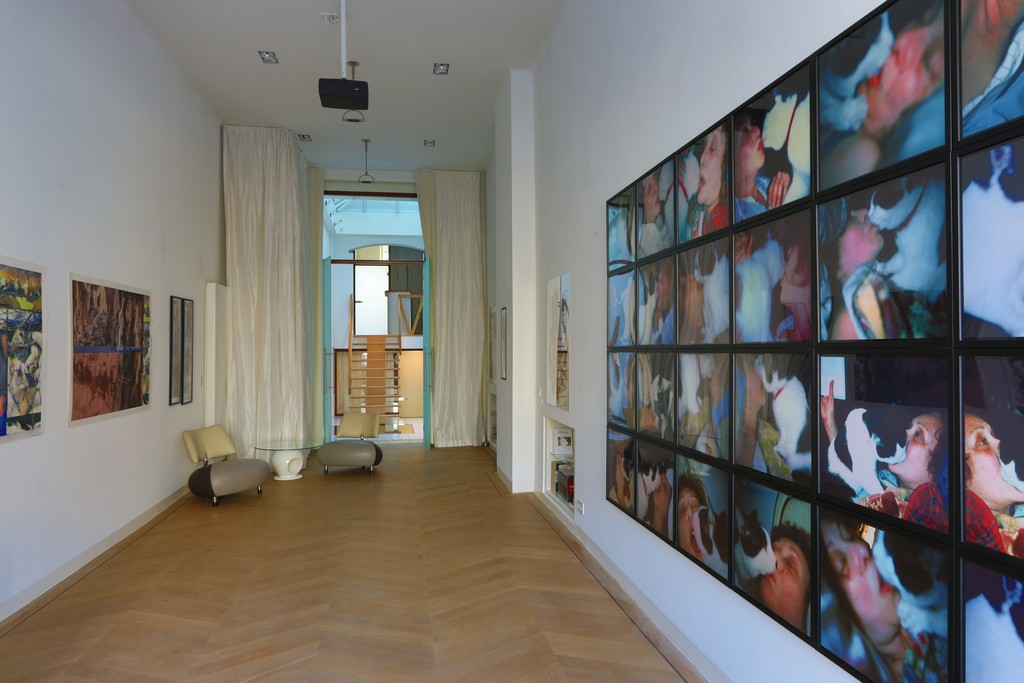 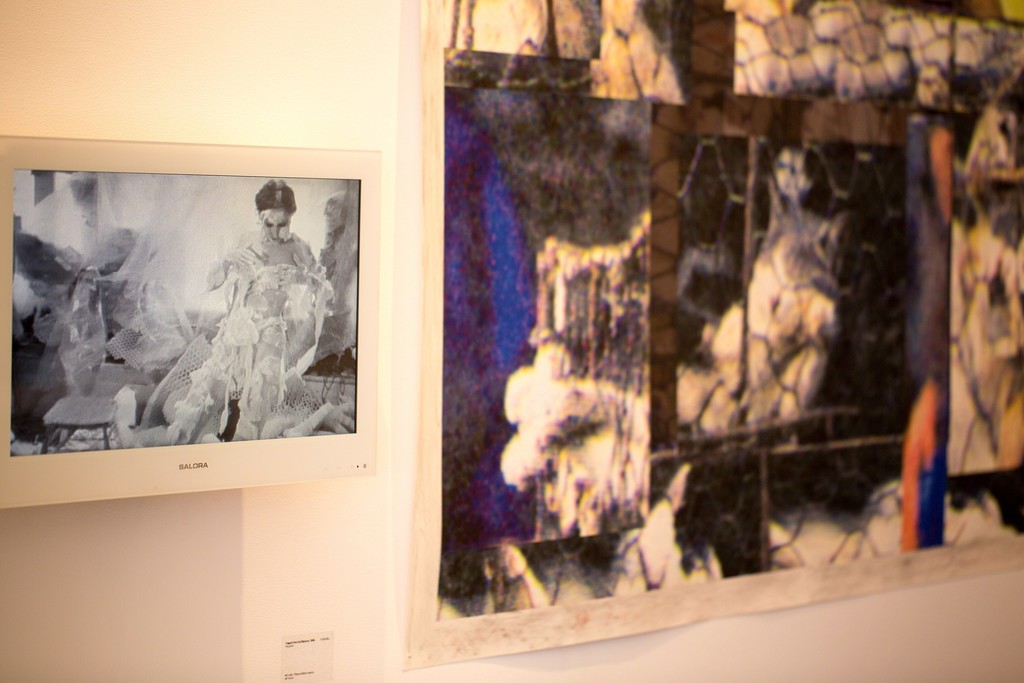 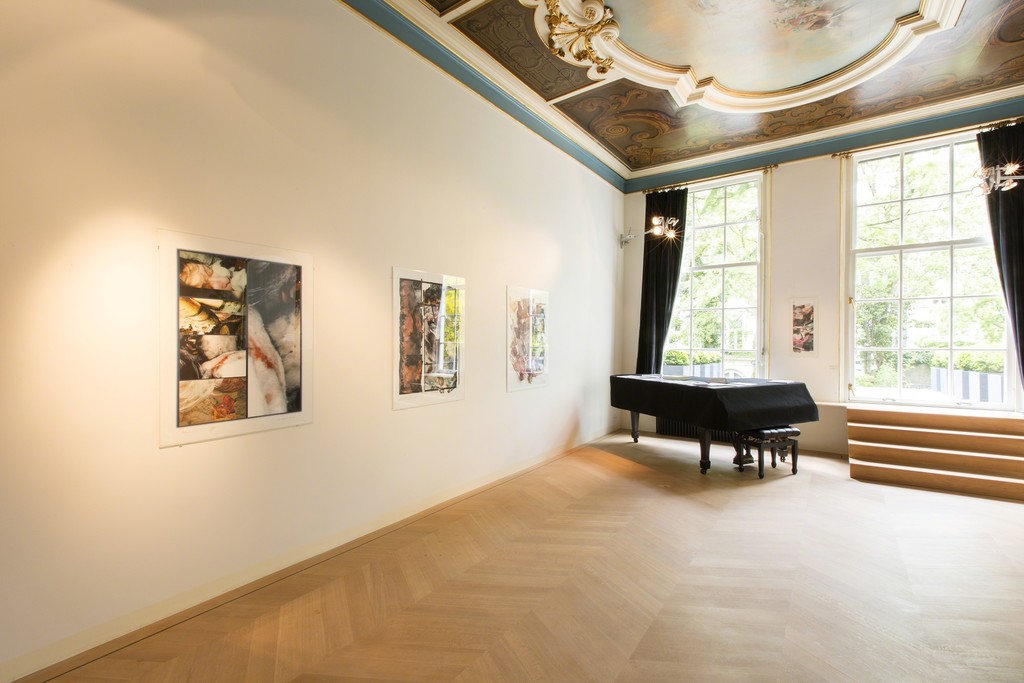 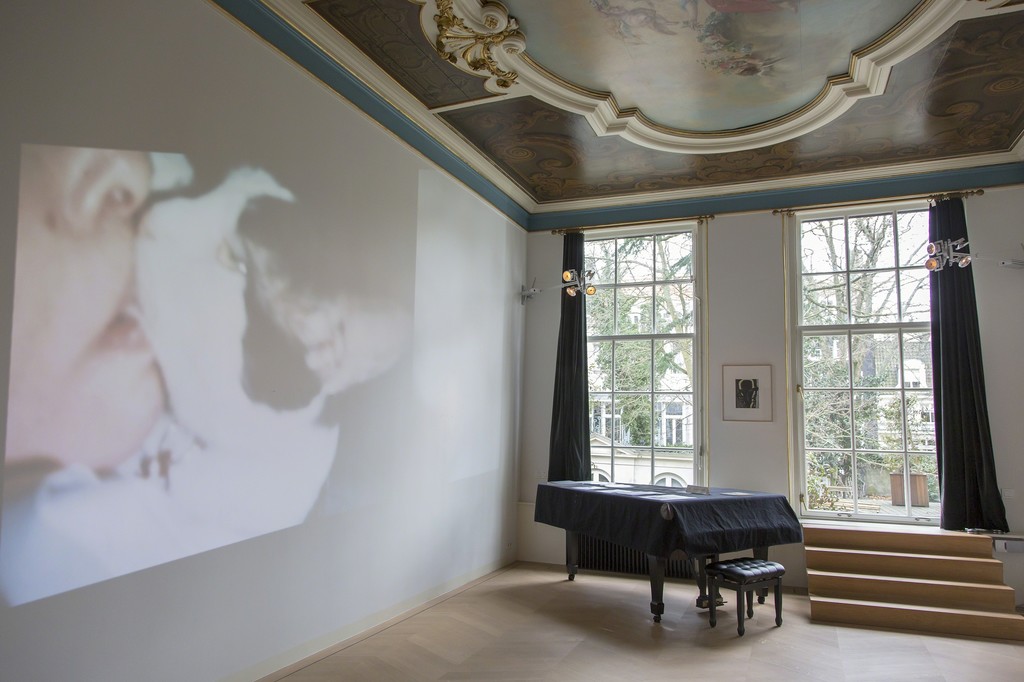 The Merchant House is pleased to present Carolee Schneemann: Infinity
Kisses, an exhibition of photographs, works on paper, and a video by the
renowned American multimedia artist.
A pioneer of body and performance art, feminist art, expanded cinema, and intermedia art, Schneemann (who lives and works in Springtown, New York) is one of the most significant artists to have emerged from the avant-garde circles of early 1960s New York. A painter who burst off the canvas to privilege space, motion, and the body, while radically transforming the media she explored, Schneemann has made an invaluable contribution to postwar art; she has paved the way for practices as diverse as those of Marina Abramovic and Matthew Barney.
The experiential body—not only her own—has been paramount in Schneemann’s revolutionary politics and idiosyncratic poetics. Focusing on the photographic series (2004) and video (2008) Infinity Kisses, which sensually portray the morning kisses Schneemann received from her cats, the exhibition shifts attention away from Schneemann’s own naked body. It illuminates the radical role that the nonhuman, feline body plays in her late erotics
by foregrounding the centrality of the cat in her life and art, as companion and as a symbol. The introduction of Schneemann’s interspecies “kisses” with a site-specific installation that evokes her home highlights the domestic themes of her poetics of intimacy.
In contrast to the ecstatic bodies of Infinity Kisses, several of the accompanying works feature gruesome images of violated cats along with news of global atrocities. Sampling the gestural painterliness and collage aesthetics that underlie her practice, these prints hint at the darker role the body plays in Schneemann’s sorrowful diagnosis of Western civilization’s malaises. An extraordinary example of Schneemann’s conceptual mastery, Unexpectedly Research (1992) illuminates the research and “double knowledge” that support her feminist critique of the suppression of the feminine and her radical retrieval of the sacred erotic.
Publications:
Exhibition catalogue with an editorial by
Marsha Plotnitsky, founding director of
The Merchant House and an essay by
Kalliopi Minioudaki, Ph.D., curatorial
consultant of the exhibition