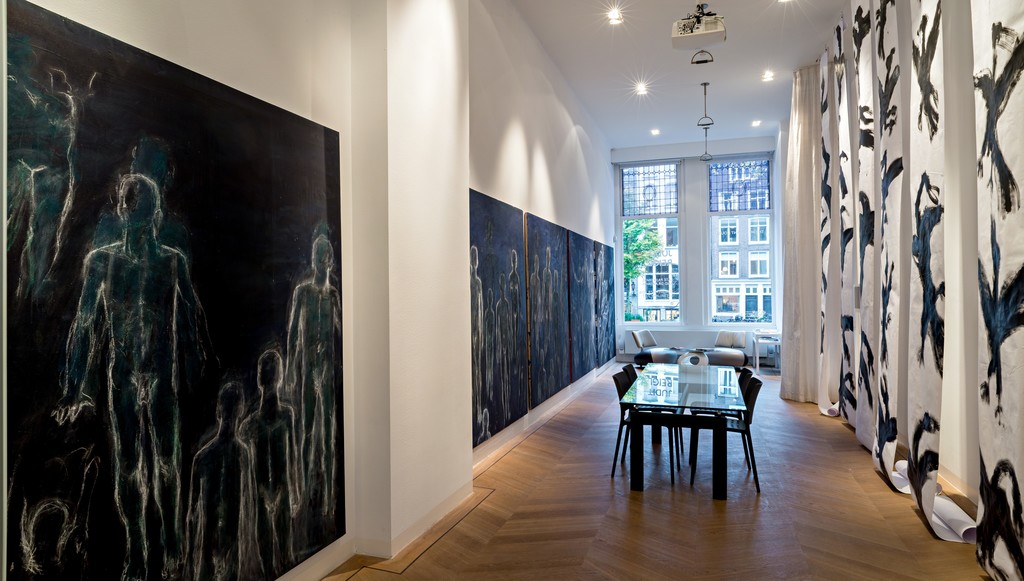 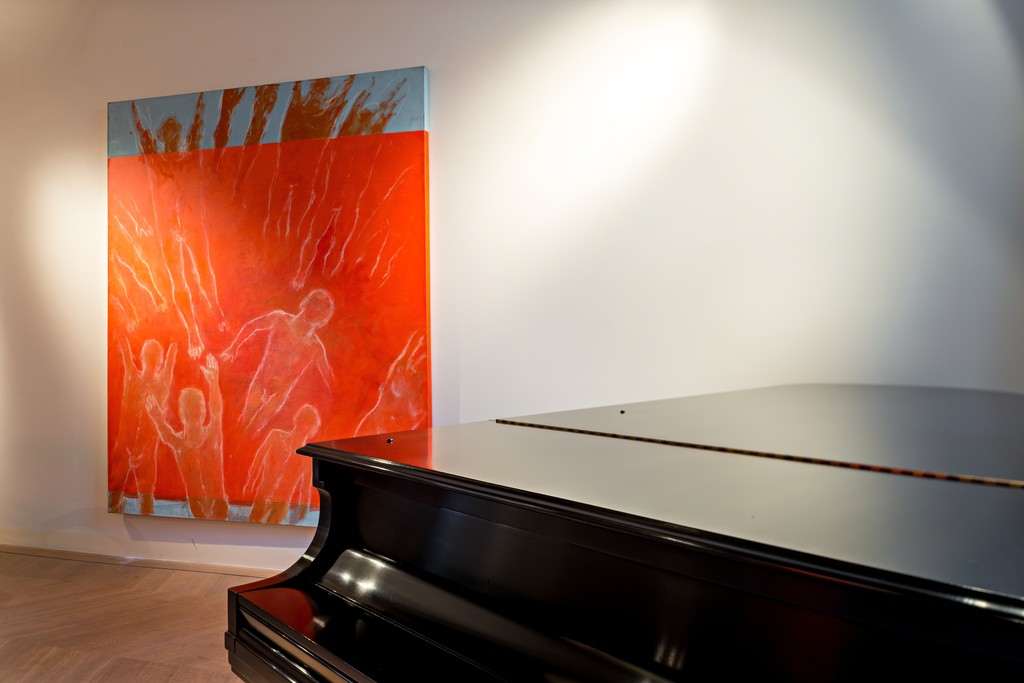 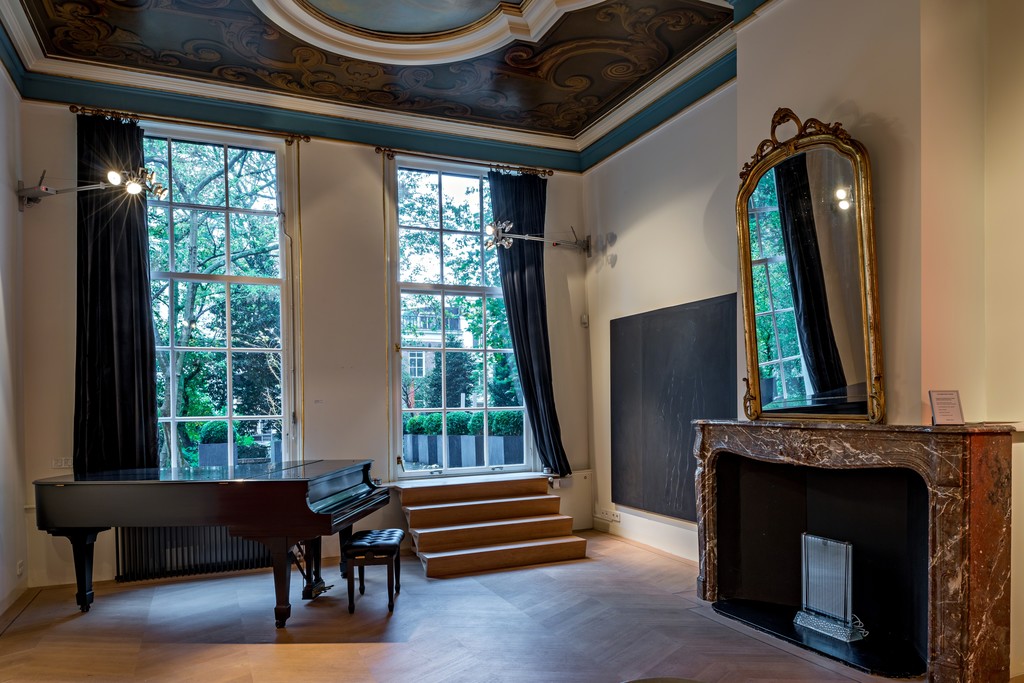 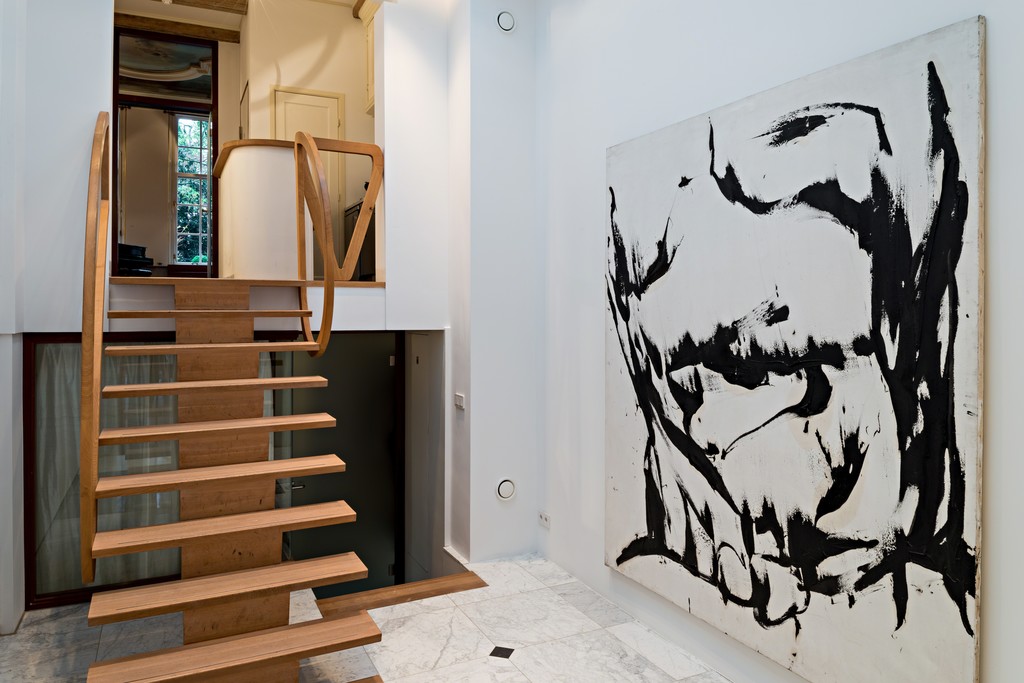 The Merchant House is proud to present Judit Reigl (1923, French, born in Hungary), a visionary figure of contemporary abstraction, a key contributor to its post-conceptual rebirth and unfolding. Installed in dialogue with Reigl, her first show in Amsterdam explores her late five-canvas monumental series Déroulement (phase IV–anthropomorphie) 2008 and the last of Oiseaux 2012, with 15 vertical scrolls of flying birds.

Reigl’s keen erudition and unorthodox outlook—from a non-Western (off-center) starting point—ground her concept of physical movement, from migration to inner mobility, to ward off stasis and conformism. Bravely parting with the Surrealist group in 1954, just as André Breton had invited her to show and had written about her work, she was forging her own style in her transformative Éclatement I Outburst series of the same year. As she continued to reign over l’écriture automatique and lyrical brushwork by a full-bodied action over a sixty-year career, fragments of canon, classical and new, have been rigorously deployed in the painterly space she opened.

Reigl’s deep connection to science and music is implicit in the unifying field of her critically acclaimed series: Guano, Centre de dominance, Écriture en masse, Homme, Écritures d'après musique, and Déroulement. These series were the focus of the five-gallery event in Paris last spring punctuating the evolution of Reigl’s explosive gestural act in relation to the expressive tension she kept discovering in the earthly matter—la matière même—of the canvas.

In the works at The Merchant House, Reigl reconnects to her ravishing bodies in flight from Face à...1988-1990. She defined this life-long project in 1985: “The body: the most perfect instrument and the most tragic obstacle.” Yet, felicity of flight and mastery in these remarkable works break the tragic as the ballet of forms in motion soars through the rhapsodic greens and blues to articulate the inarticulate: vintage Reigl at her most seductive. As Georgia O’Keeffe would stake out her artistic position (and though Reigl has strived to make herself hard to place), this is not about the best woman painter; it is about one of the best painters who brings us to now.

Reigl has received important awards, including the 1964 Guggenheim prize, and her work is in the collections of such major museums worldwide as The Met, the MOMA, and the Guggenheim in New York, the Tate Modern in London, and Musée d'Art Moderne de la Ville de Paris and Centre Georges Pompidou in Paris. For over fifty years, Reigl (age 93) has lived in a village near Paris