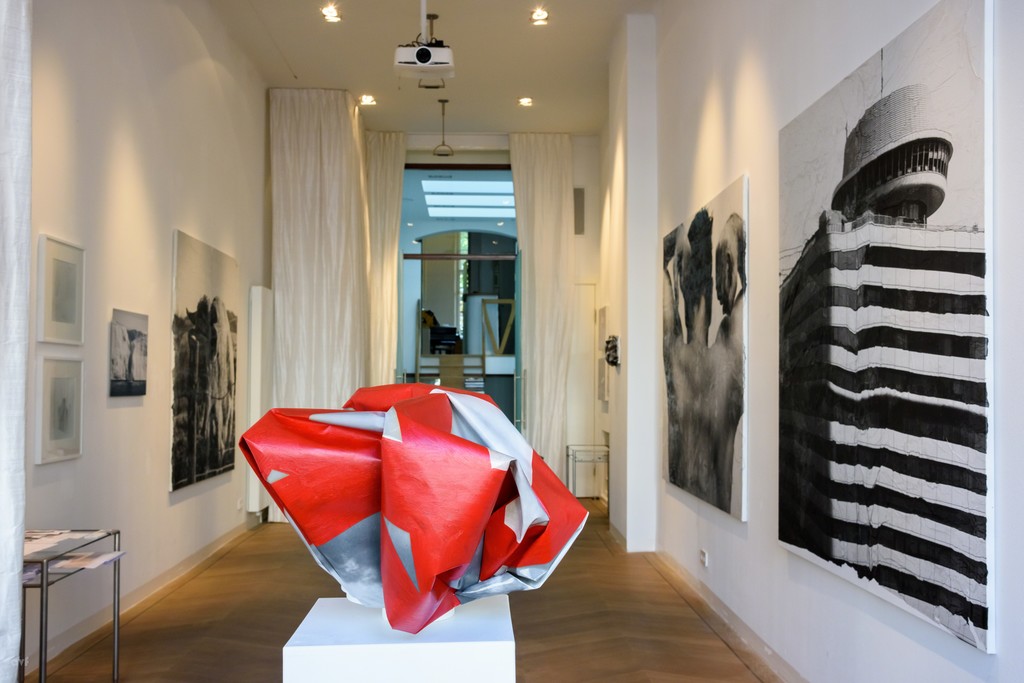 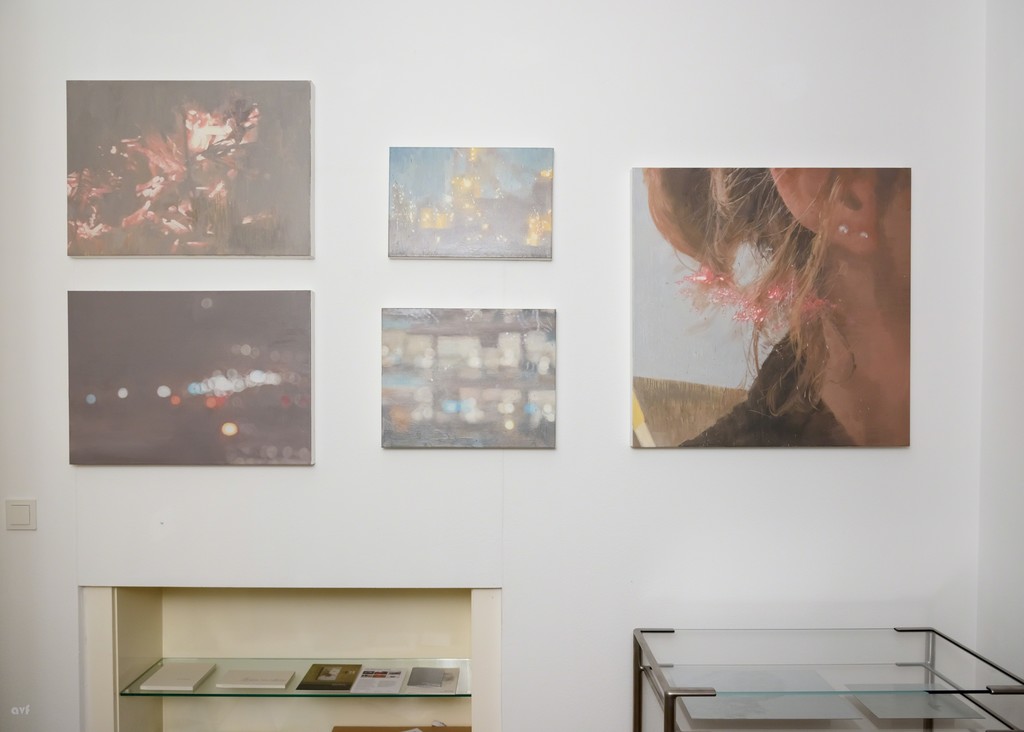 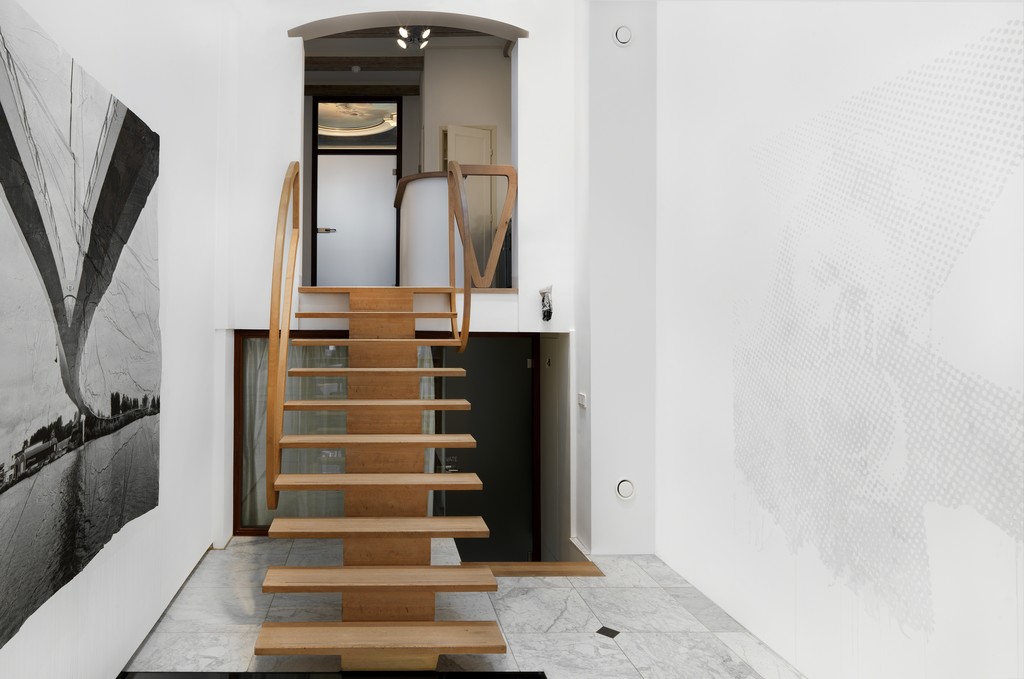 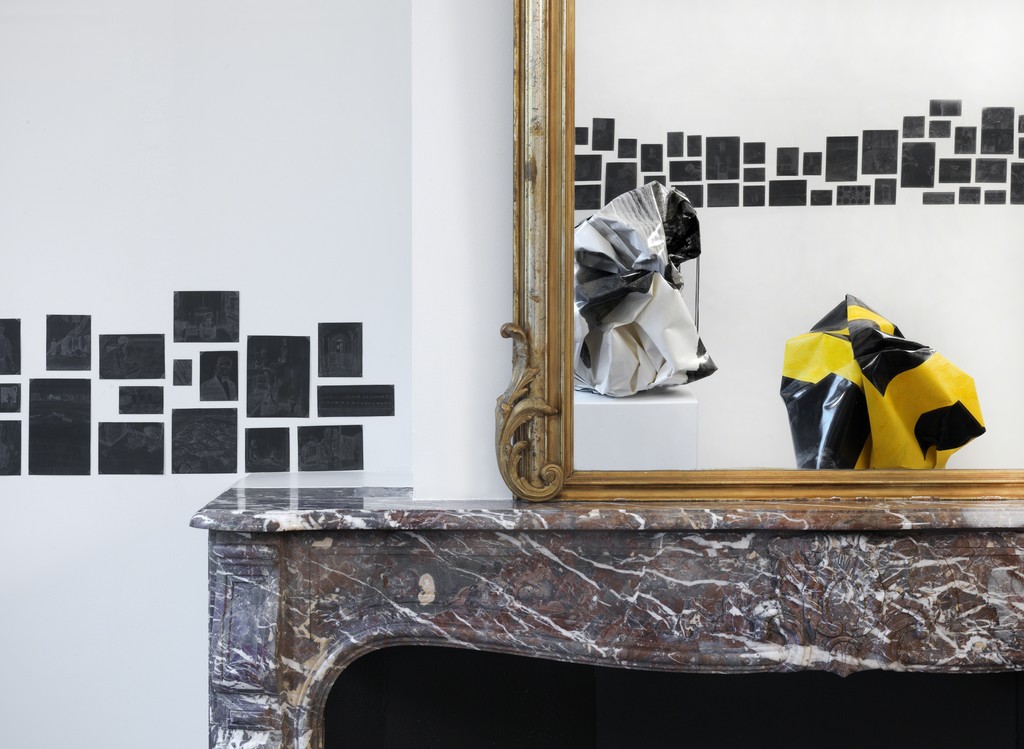 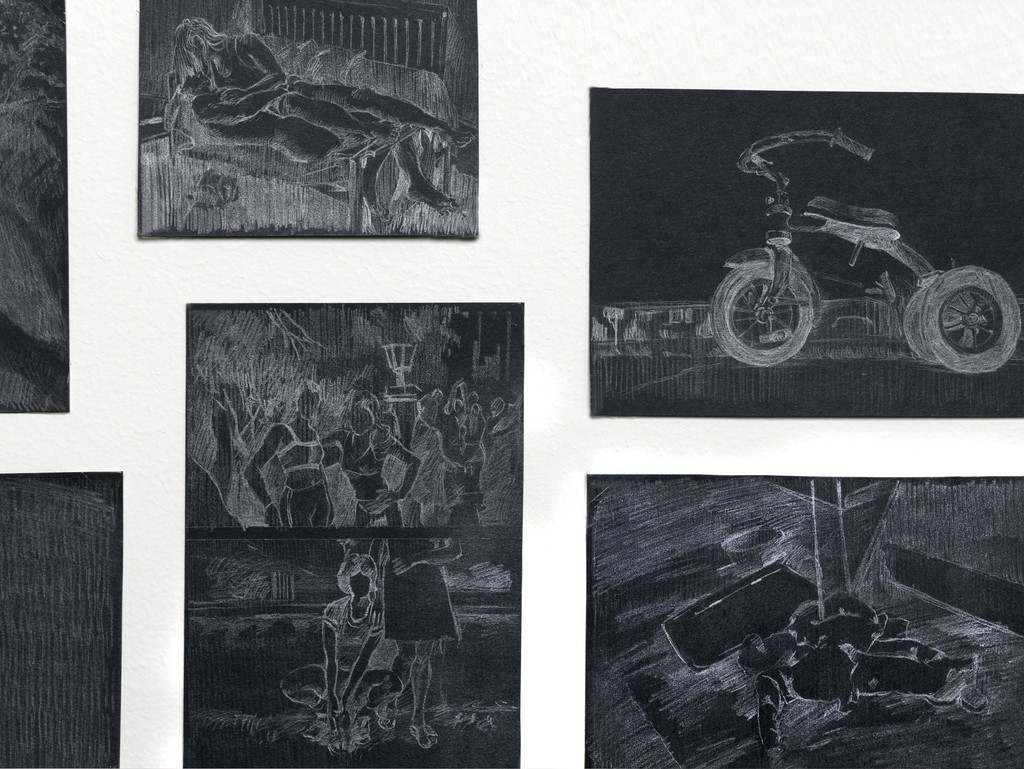 How does a young artist inscribe herself in the history of photography? The Merchant House (TMH) opens its cycle Making Things Happen: Young Artists in Dialogue with Zhu Hong (1975, FR, born CN) and Sylvie Bonnot (1982, FR), who use photography as a point of departure and idiosyncratic return. They chose to center the show on reciprocal wall art rooted in their approach to work as an itinerant practice, now extending to Amsterdam.

At the core of the dialogue are Amsterdam’s hallmark bridges, photographed by Bonnot. With the expediency of her honed “mue” technique, she is able to reposition the gelatin layer of one of the prints directly on a wall. Face-à-face, Zhu Hong reciprocates by applying her ultrathin painterly gesture in white on white to interpret the image of Bonnot at this actual photo shoot. A complex exhibition radiates from this audacious, ephemeral conception to drive deeply into the territories of photography and painting.

Over the ten-year period following their graduation from ENSA of Dijon (both with distinction), the artists have explored locations—physically on foot and in terms of the movement of the gaze—to ground an expert body of work:

As a student Sylvie Bonnot embarked on research trips with her camera. The natural and urban landscapes in Australia, Japan, Ireland, Norway, Russia and the high valleys of Savoie have informed her multi-faceted oeuvre. In Surimpressions at Quai des Arts, Cugnaux, she made her images jut out from the walls, rupture with lines as drawings, and coagulate as sculptures with a flourish of singular vision and technique. Allowing for the multiplicity of views beyond the planimetric surface of a straight shot, they capture perceptions in relation to her own body and physical movement.

Zhu Hong moved to France to study art in counterpoint to her classical painting training in Shanghai. TMH opens with her entire transcription of the 199 pages of La photographie dans l’art contemporain (French ed., Thames and Hudson, 2004), executed as a long row—to walk along—of 199 drawings in a pencil-on-black, negative/positive take. Also included are a number of paintings and drawings originating from her recent exhibition at Musée de la Roche-sur-Yon, which followed her work at the prehistory museum in Les Eyzies-de-Tayac-Sireuil. These images reflect on museum displays in their essential institutional settings, both precious and everyday.

According to Hubert Besacier, who has followed the careers of both artists from early on, their paths were meant to cross. Placed in dialogue at TMH, they draw attention to the materiality and conceptual possibilities of their mediums, with the work at once bound to the reality of its origins and creation, and defying simple interpretation.