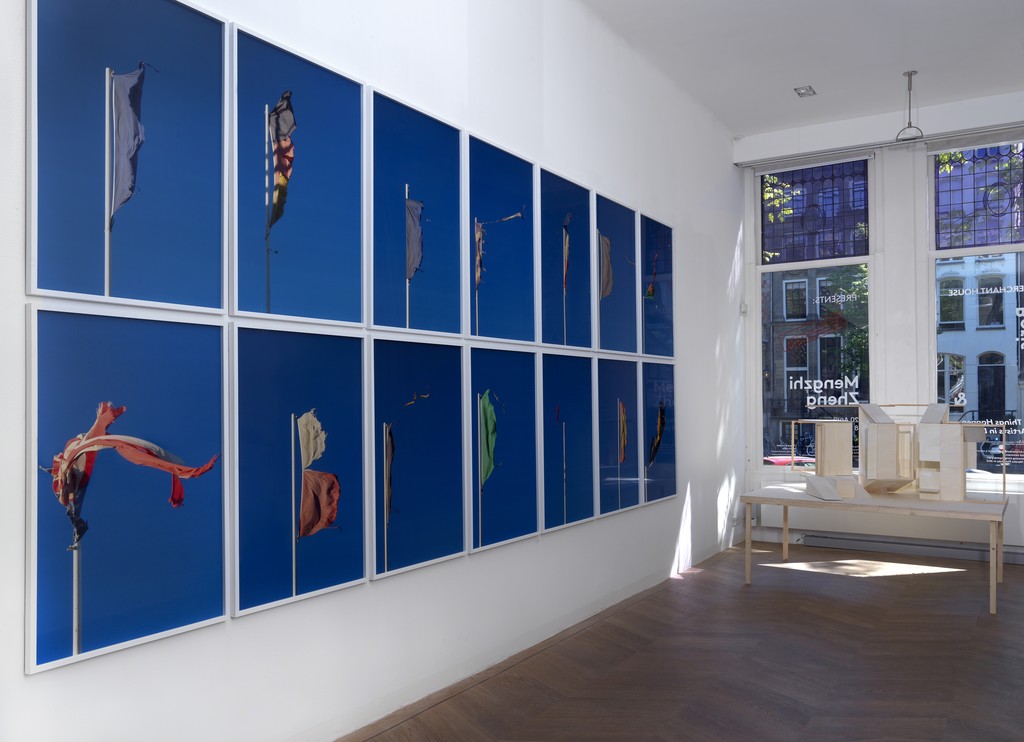 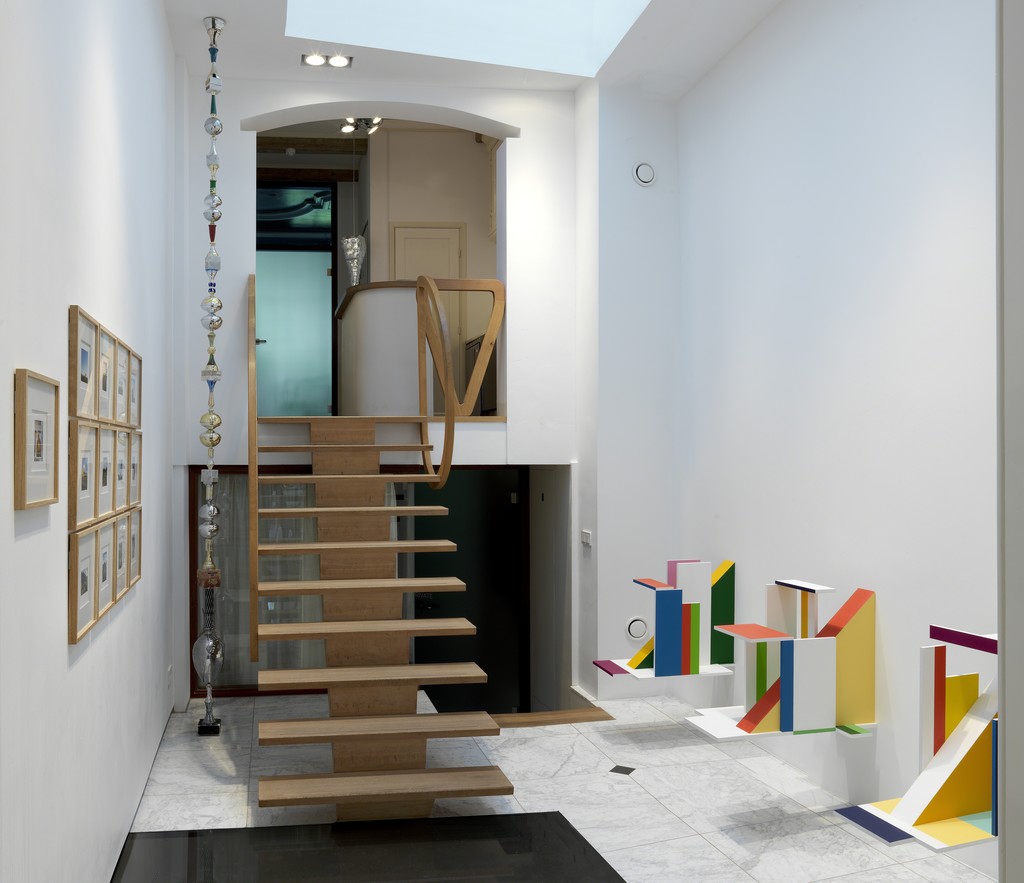 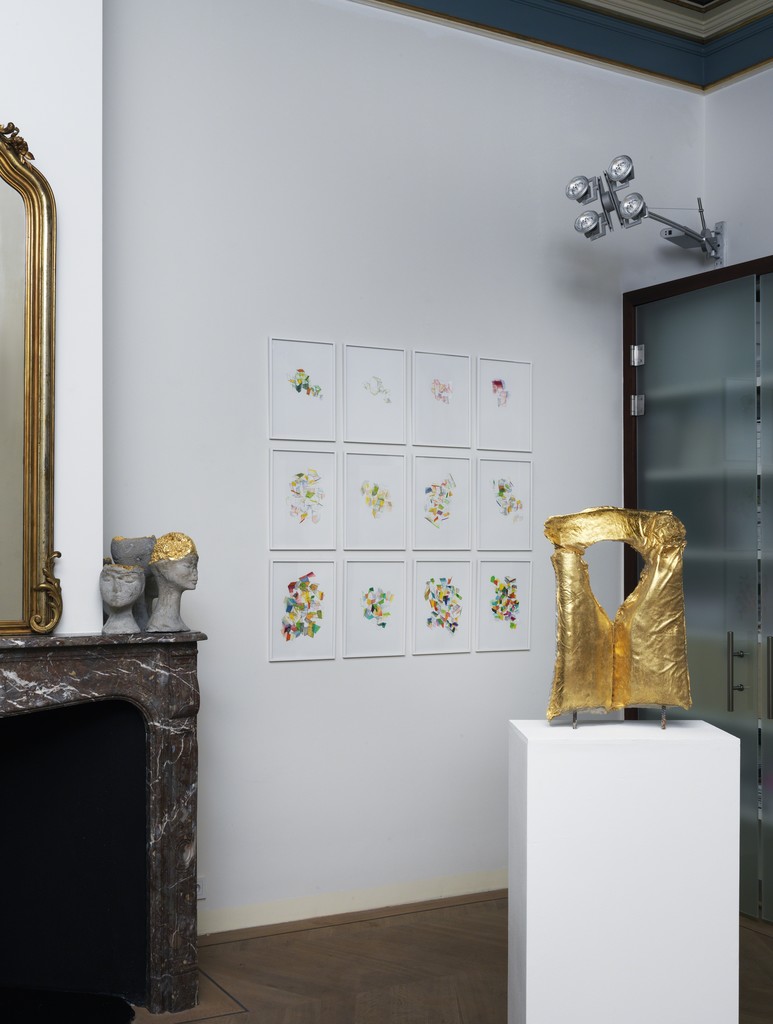 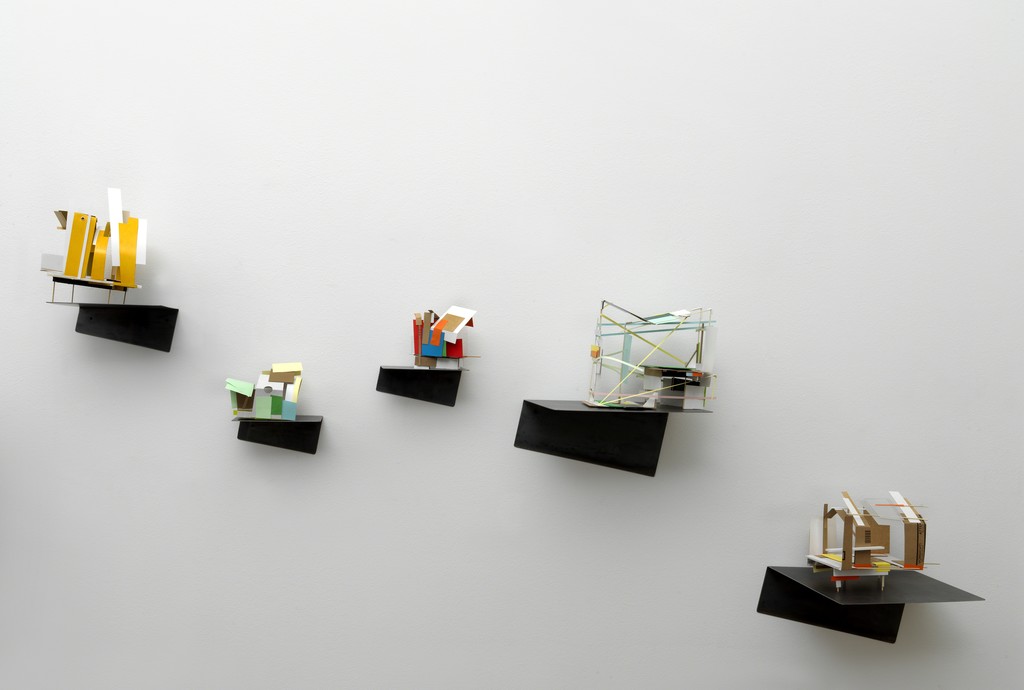 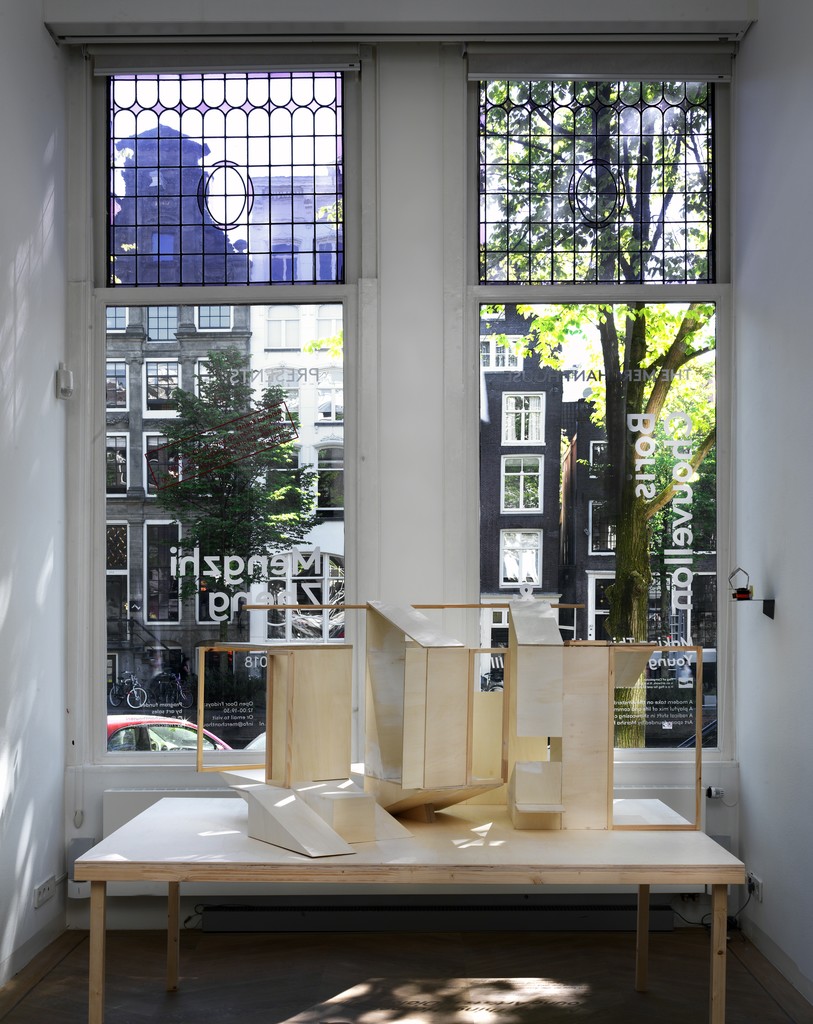 In this third dialogue of Making Things Happen, the artworks surprise as they stand forth in their literalness and as they deftly disrupt our sense of the privileged historical backdrop at TMH. In attesting to sculpture’s generative vocabulary, Boris Chouvellon and Mengzhi Zheng flesh out the theme of the TMH yearlong program: how do young artists inscribe themselves in the history of an art medium?

The work of both artists is unquestionably sculptural yet blurs the distinction between image and construct. Having chosen to install side-by-side along the entire length of the gallery, they draw attention to a play on objectivity, to the cognitive tension between a sculptor’s art and the socially engaged image making that we attribute to photography. Their individual sense of the precarious is affirmed and contrasted by the addition of actual photography by Chouvellon and bluntly technical drawings and etchings by Zheng. Equally free with respect to the sculptural aesthetic and subtle use of color, each artist intriguingly disarms any simple social and political meaning in the rigor of form.

Boris Chouvellon (1980, France) began to exhibit regularly as soon as he finished his art studies. In his cogent award-winning oeuvre—Chouvellon became laureate of the Friends of the Maison Rouge prize, Paris, in 2015 and has had important museum residencies—he takes his cue from all forms of entropy and decay, from remnants of work and leisure. In his objects or situations, sculpture blends with photography and video as vibrant shreds of flags billow in amusement parks (Sans titre [Magic World], 2007-2011), a jet ski turned sarcophagus of concrete enters a landscape (Infinita Riviera, 2011), a ramshackle water slide is made to delineate the sky (Last Splash, 2012), a merry-go-round gets burdened with baby carriages full of cement (A Funny Ride, 2014), and excavator buckets hang on a gigantic truncated Ferris wheel riding into an uncertain future in a crowded city square (The Missing Part, 2017).

Mengzhi Zheng (1983, France, born in China) received jury commendations already as a student and has since featured in solo and curated shows, including the biennales of Lyon, 2015, and Orléans, Architecture 2018. Zheng’s serial small forms, often wall mounted—Maquettes abandonnées—are dollhouse-like inventions, which give the feeling of spontaneous and weightless 3D sketches and baffle with their multiple visual entry points. Scaled up for a gallery (Pli/Dépli, 2011-2017) or for an urban or natural landscape (Un habitable, 2017), they assume human proportions and spaciousness and can capture, according to the art writer Hubert Besacier, “both the grace of artistic gesture and the emergency of shelter.” Zheng’s etchings of actual dilapidated buildings underscore the logic of the waste materials he uses (fragments of crates, bits of cardboard, discarded paper or wood) and highlight the contemporary urgency of his oeuvre confounding painting, sculpture, and architecture.

Both artists, working with urban references, register the deferential (historicized) and anti-deferential (lived-in) impulses that we all share as city dwellers. At TMH they allow themselves to invade the historical monument with the drama of the sculptor’s material force. And yet, their self-conscious negligence of formal parameters, delicate work of the hand, as well as striking visual punning on permanence, point to an essentially fragile rather than heroic mastery of representation and preservation.