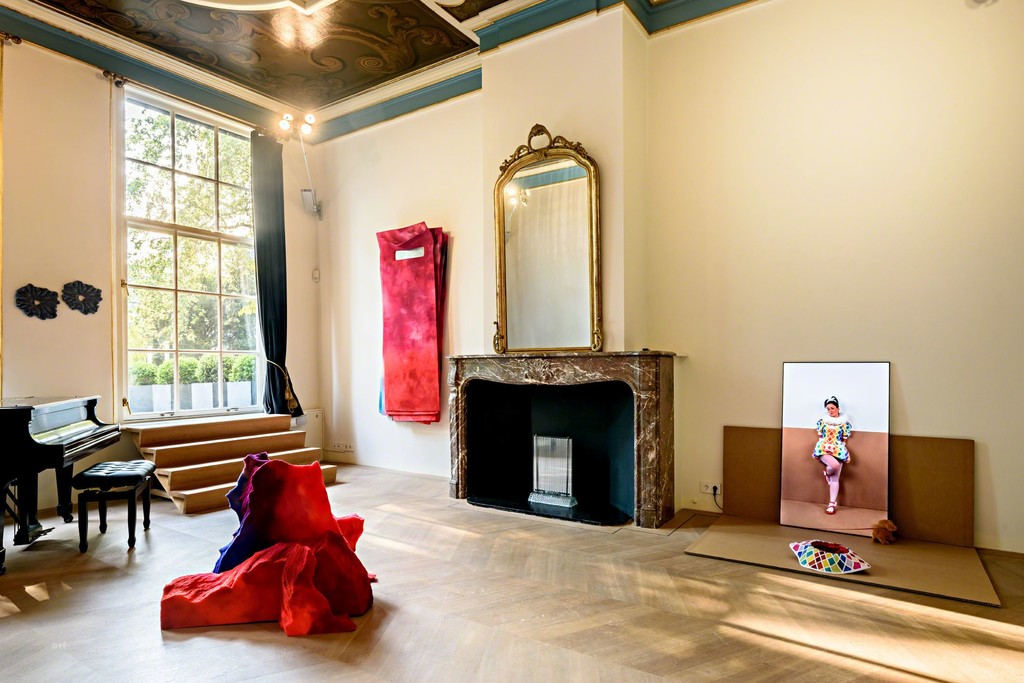 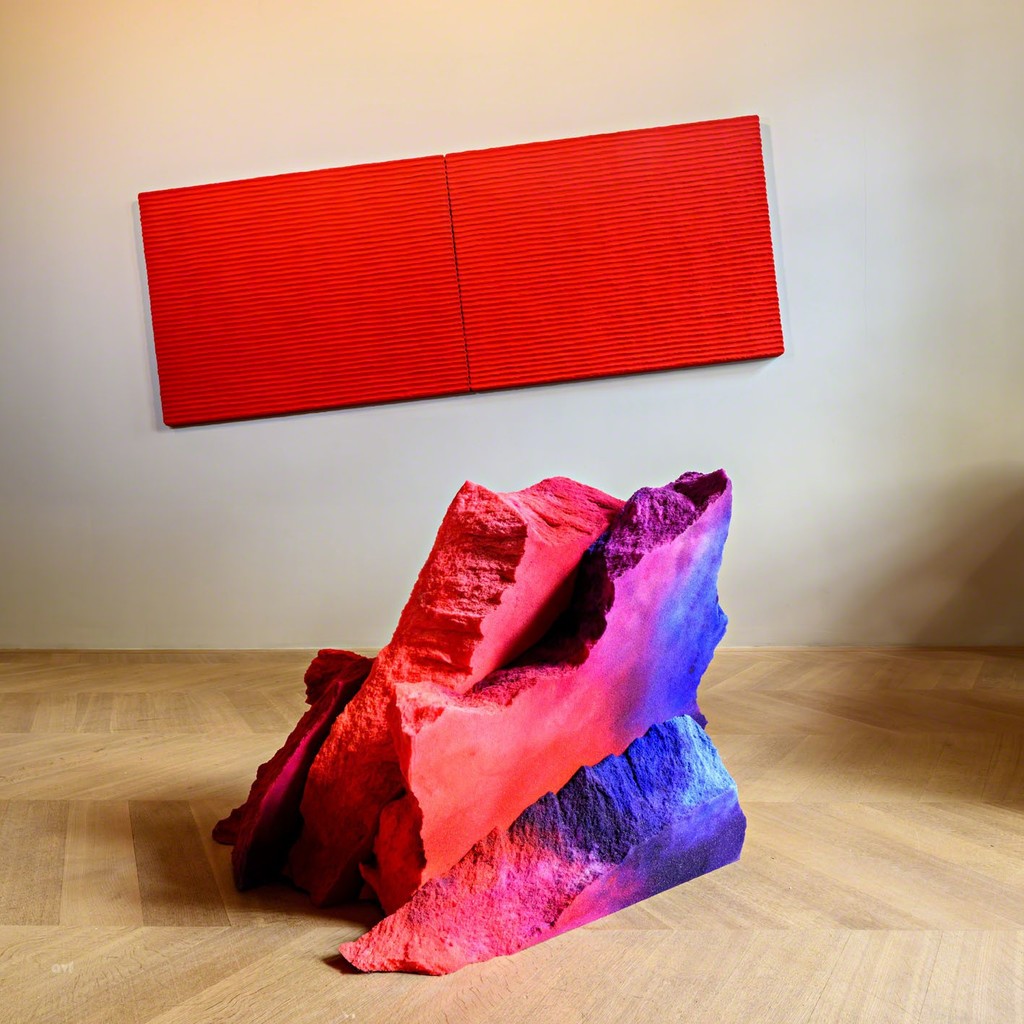 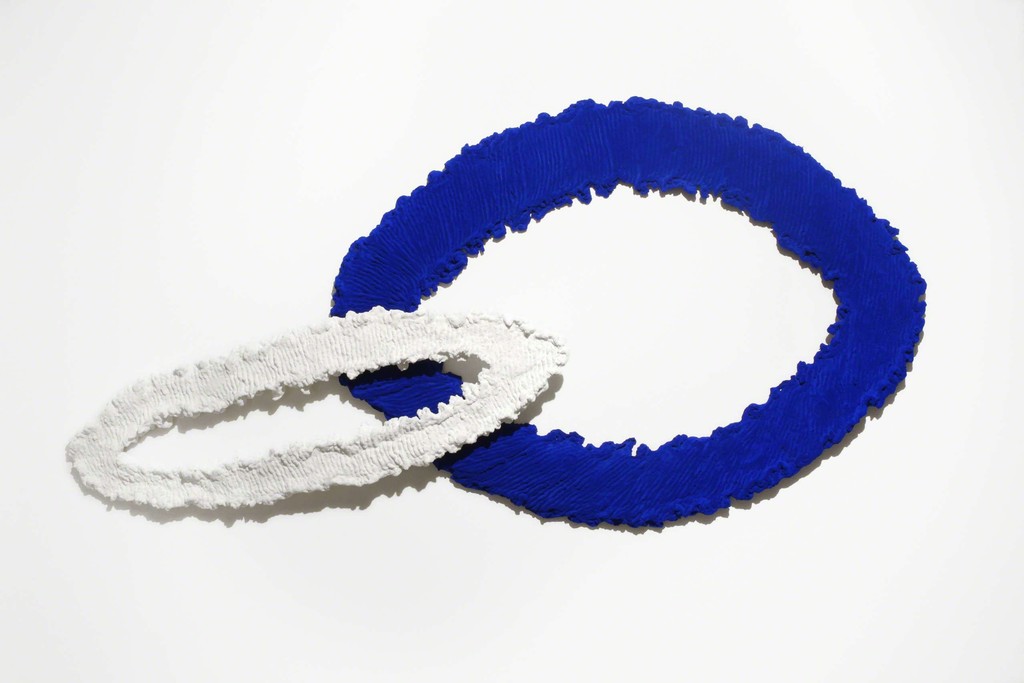 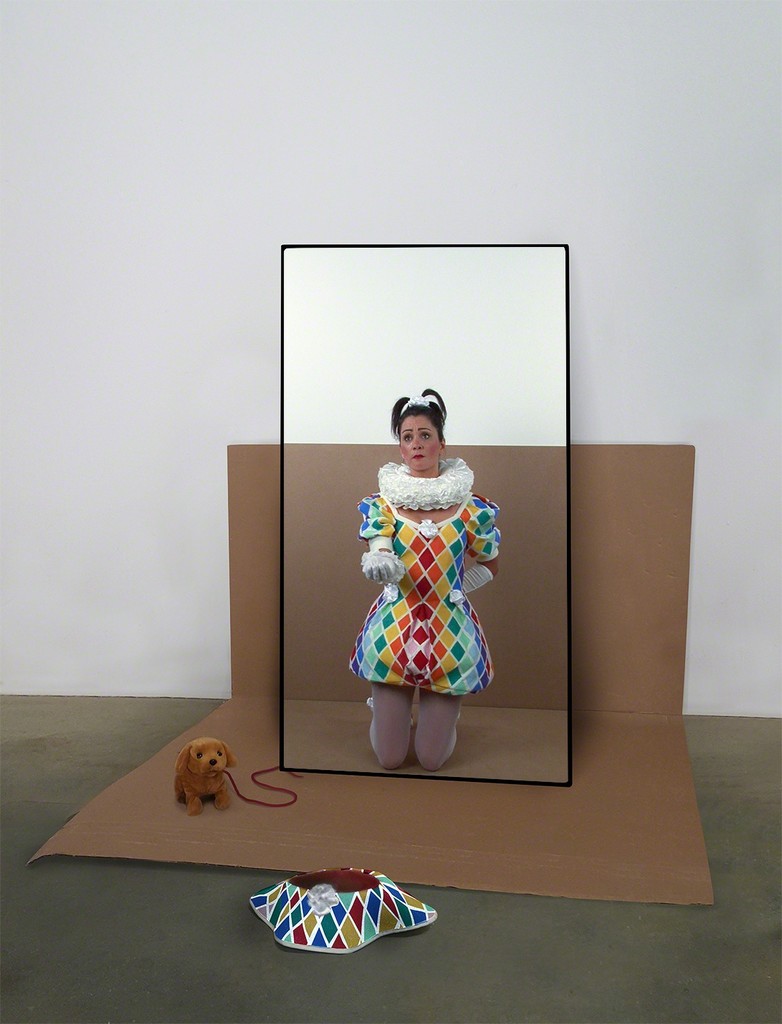 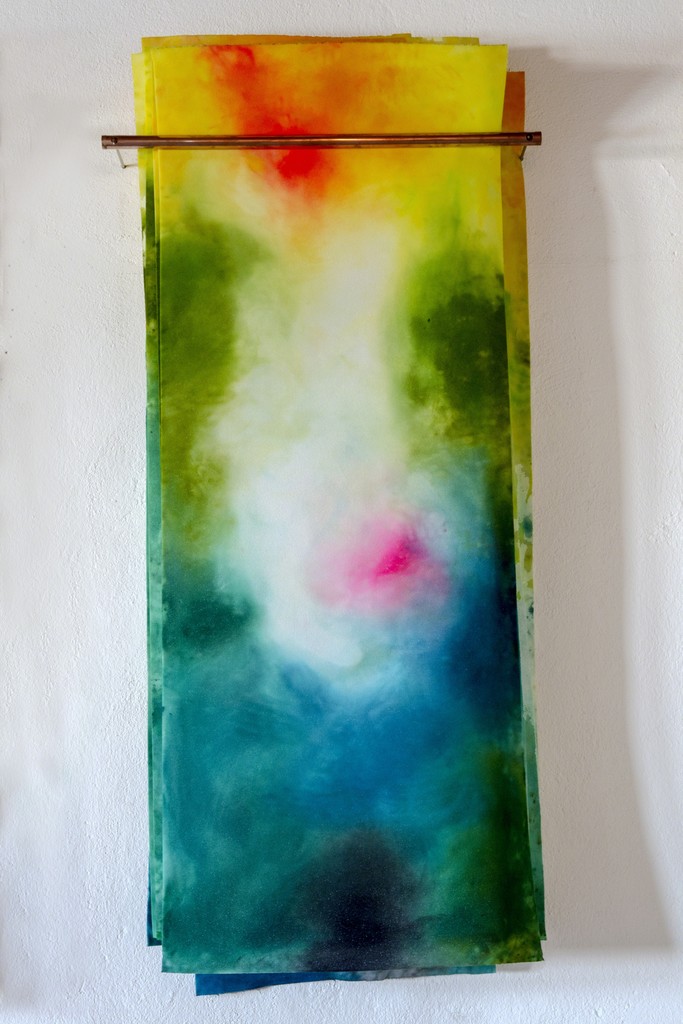 The Merchant House is pleased to present the leading Italian painter Pino Pinelli, who returns to the gallery in collaboration with two young French artists, Elsa Tomkowiak and Mary Sue. We are also celebrating Elsa Tomkowiak’s site-specific installation for the Amsterdam Sculpture Biennale, ArtZuid 2019, May 17 – September 15, 2019.

Works in the Exhibition

The show references Pinelli’s encyclopedic retrospective at Palazzo Reale, Milan, 2018, devoted to his 60-year career of innovation. TMH includes a number of the artist’s choice pairings from the retrospective along with related works from the late 1990s to now, marked by his striking color-motivated tactility. Tomkowiak and Mary Sue, representing the emerging generation, are proposing an undaunted artistic response to the master. Pinelli’s words with respect to his works of this period—“color spreads like a luminous emanation”—are equally applicable to the sprawling forms of Tomkowiak: voluminous sculptures and paintings of industrial foam hand-pounded with pigment. Under the guise of her recognizable feminist alter ego, Mary Sue adds her ironic reflection and interpretation in color-saturated video, photographs, and drawings.

The collaborative show continues TMH’s inquiry into contemporary painting. Its performative nature was first highlighted in a selection from this show at Independent Brussels 2018. The complete version expands the view on how paintings can be at once part of our joint emotional realm and objects on display. In their energetic embodiment of color to reconfigure space—real (in the case of Pinelli and Tomkowiak) and digital (in the case of Mary Sue), the artists strike against disenchantment, mechanistic thinking, and separateness.

Pino Pinelli (1938, IT) Pinelli is renowned for his “pittura con corpo”, or painting with an “invitation to touch”: rhythmic wall cadences of palpable plaster marked by his signature imprint and color. His work is included in major museum and private collections in Italy and worldwide. His most recent museum exhibition was Pino Pinelli: Painting Beyond the Limit at Palazzo Reale—Gallerie d’Italia, Milan, in 2018, which followed shows at Museo delle Arti, Catanzaro, 2017 and the Multimedia Art Museum, Moscow, 2016. The Palazzo Reale catalogue, edited by Francesco Tedeschi, addresses Pinelli’s unique contribution to contemporary art.

Elsa Tomkowiak (1981, FR) is a painter working with idiosyncratic colors in large-scale installations. Since her graduation from ENSA Dijon (2005), she has had ongoing public commissions: an opera house (Nantes), two bridges (Quebec, CA), a glasshouse (Pougues-les-Eaux), festival participations (Amiens, Varengeville-sur-Mer), as well as a permanent multi-painting installation for a hospital in Angers and a museum-wide intervention at the Château-Musee de Tournon-sur-Rhône in France. She has recently won the commission for a park sculpture in Lyon and has been invited to work in Sweden and the Netherlands.

Mary Sue (established between 1979 and now) uses color to a poignant effect in performances rendered as video, photographs, or sculpture. Under her sobriquet of Mary Sue adopted while at ENSA Dijon, she has had exhibitions in France, Belgium, and Italy and participated in the Art Basel, FIAC, and Art Brussels fairs. Mary Sue’s working method, deploying the most advanced digital means, involves a critical reading of real places and situations through the prism of her cartoonish alter ego. Her vast project on childhood and loss, La Flotte, gained attention at the Art, villes et paysage festival (2017) in Amiens, France.