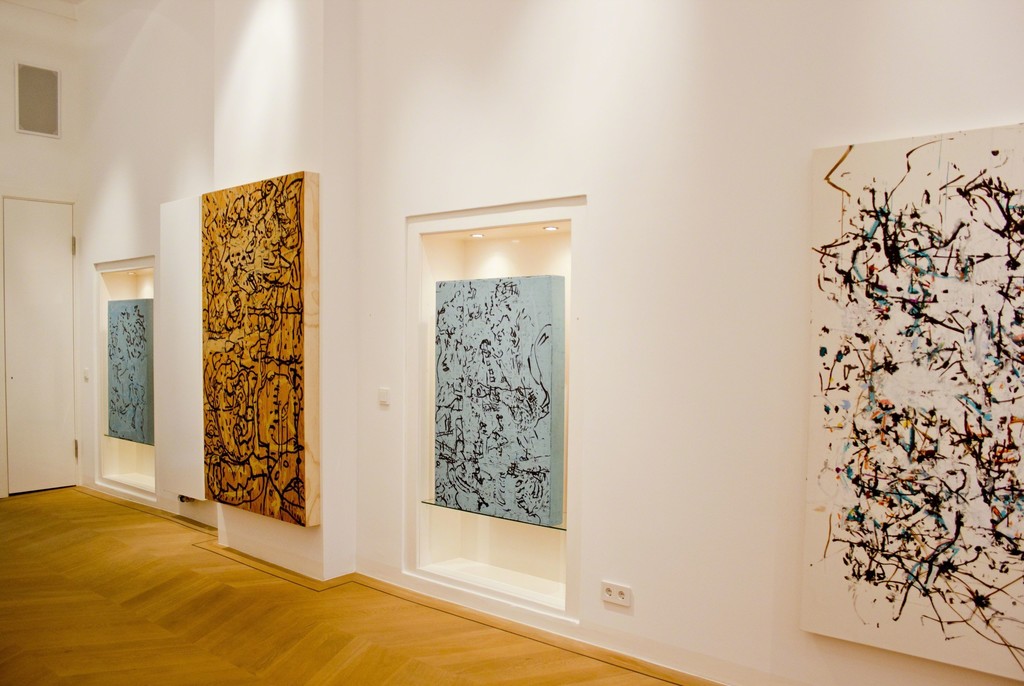 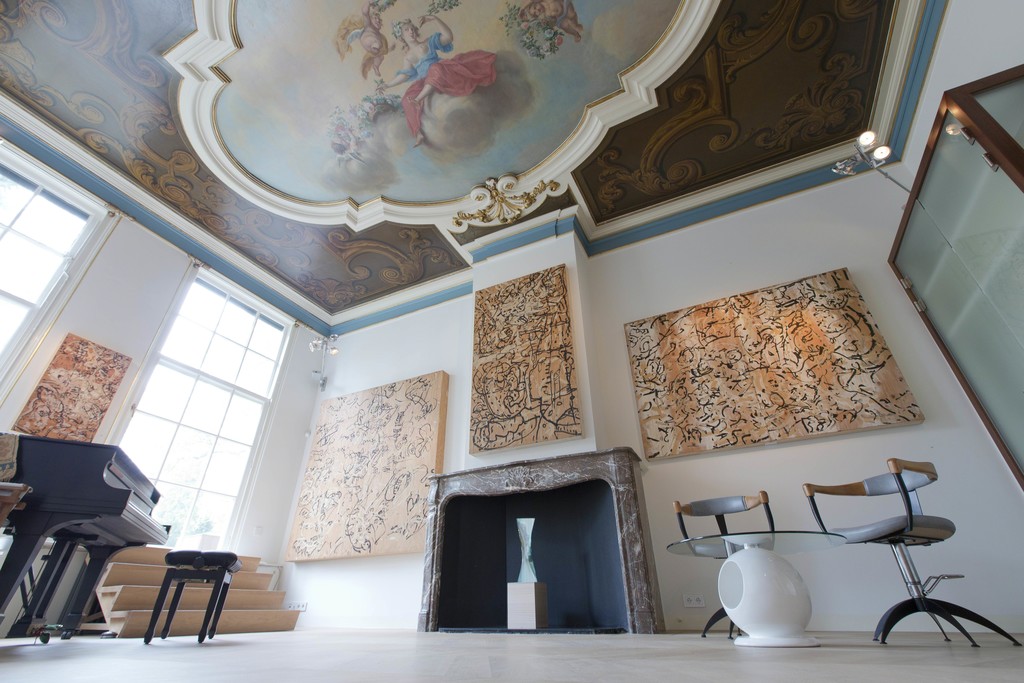 Inaugural Exhibition
Seeing is Reliving: Celebrating Jan Frank
10.10.2013 – 01.31.2014
The Merchant House dedicated its inaugural exhibition to the art
of Jan Frank, the artist’s first show in Amsterdam in over 20 years.
The exhibition was focused on the Plywood Paintings from 1993–
1998 but also presented important new work. Given Jan Frank’s
international stature, with numerous solo shows and curatorial
projects in New York City and internationally over three decades,
his presence in Amsterdam was long overdue.
The exhibition was accompanied by the publication “Jan Frank:
The Plywood Paintings 1993-1998”.
About Jan Frank
Jan Frank (b.1951) is an American painter of Dutch origin. He
was born in Amsterdam and first exhibited his work in New York
at The Kitchen in 1977 with a large-scale video installation.
Frank’s works are in major public and private collections, and he
has had numerous solo shows throughout the United States and
Europe. Frank’s last show at Paul Kasmin Gallery in New York
was listed (No. 3) in 2011’s Top Ten in Painting by Art In America
magazine. In nominating Frank, the famous art writer, Raphael
Rubenstein, referred to his work’s delicate entanglements,
abrasive lyricism, and sensuality. Contrasting and comparing the
work to the best since De Kooning, he wrote: “It’s hard to believe [Frank] achieves such density with only ink
and correction fluid, or that his apparently abstract work is generated by drawing from nude models.” Jan Frank
lives and works in New York City.
Jan Frank From The Rolling Series (7), 2001