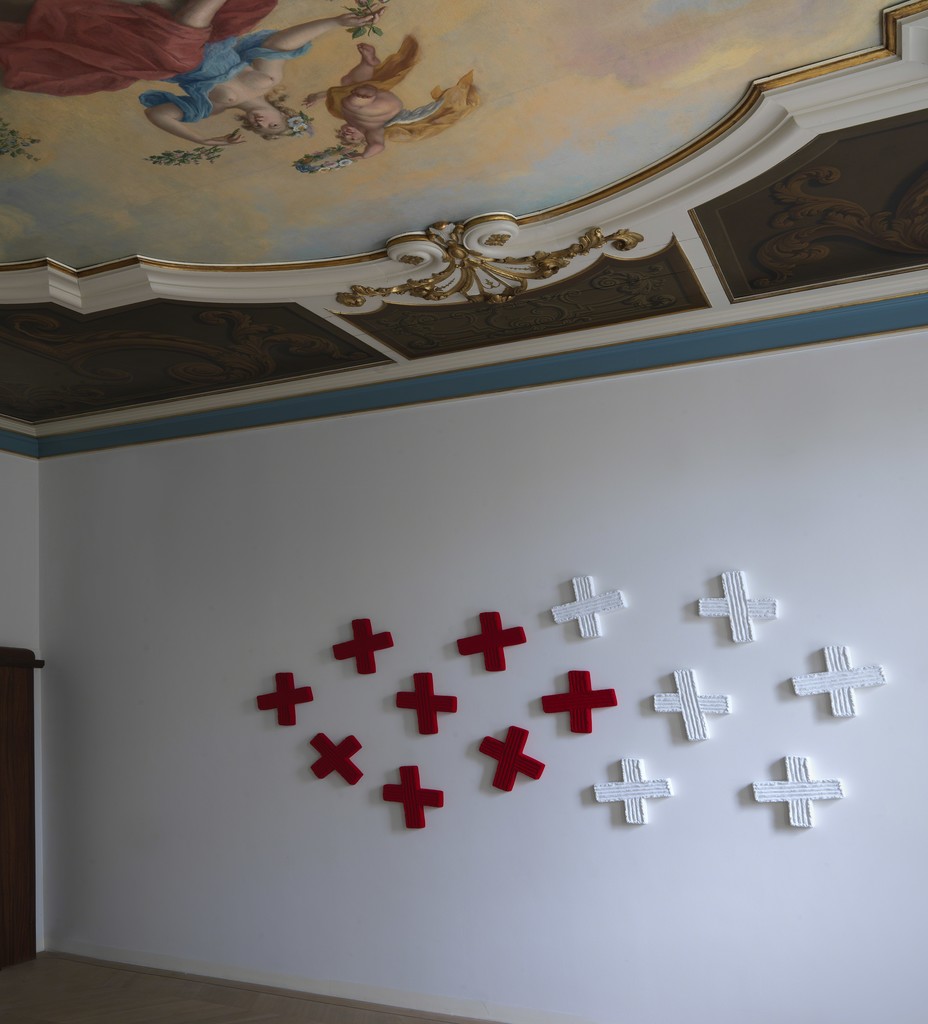 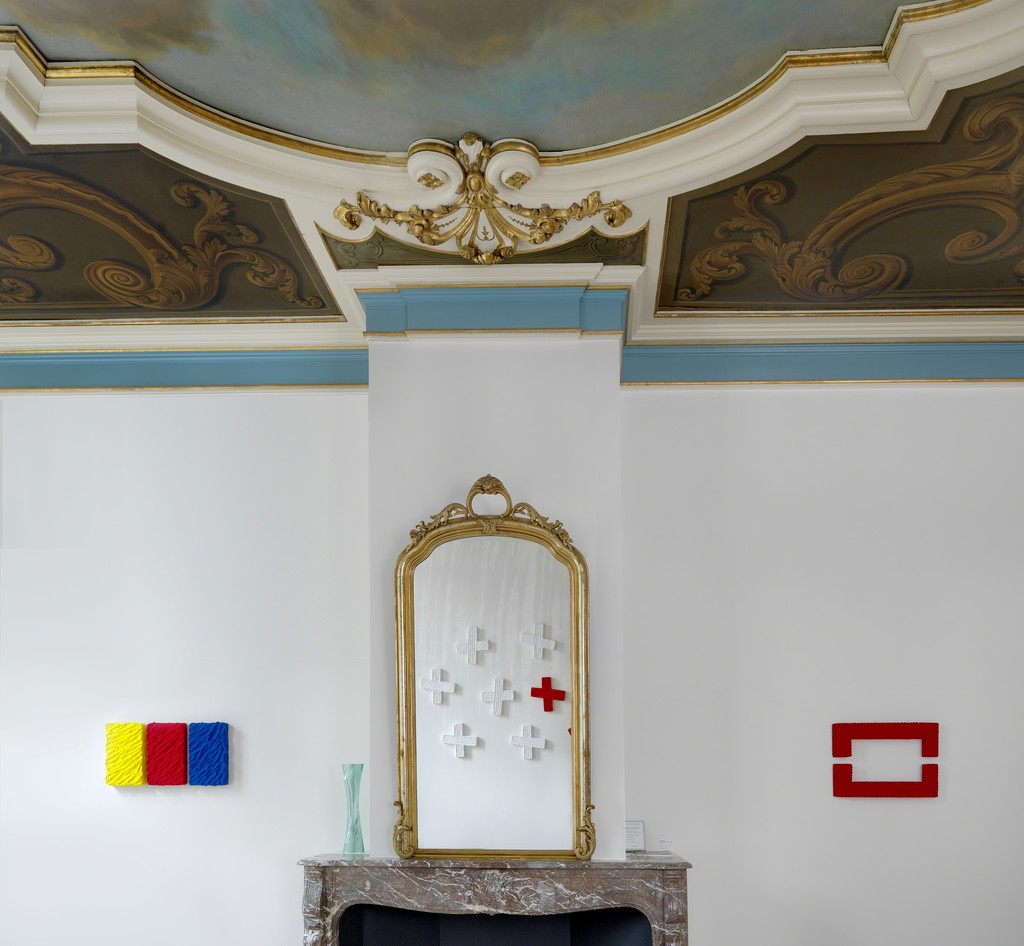 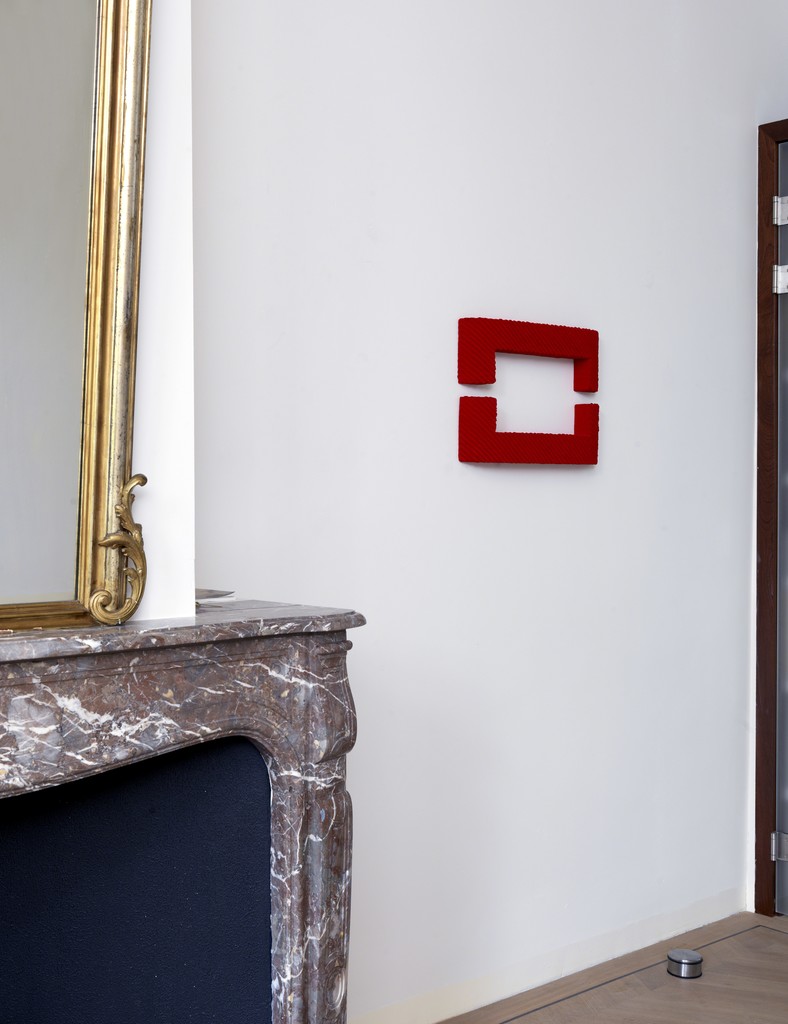 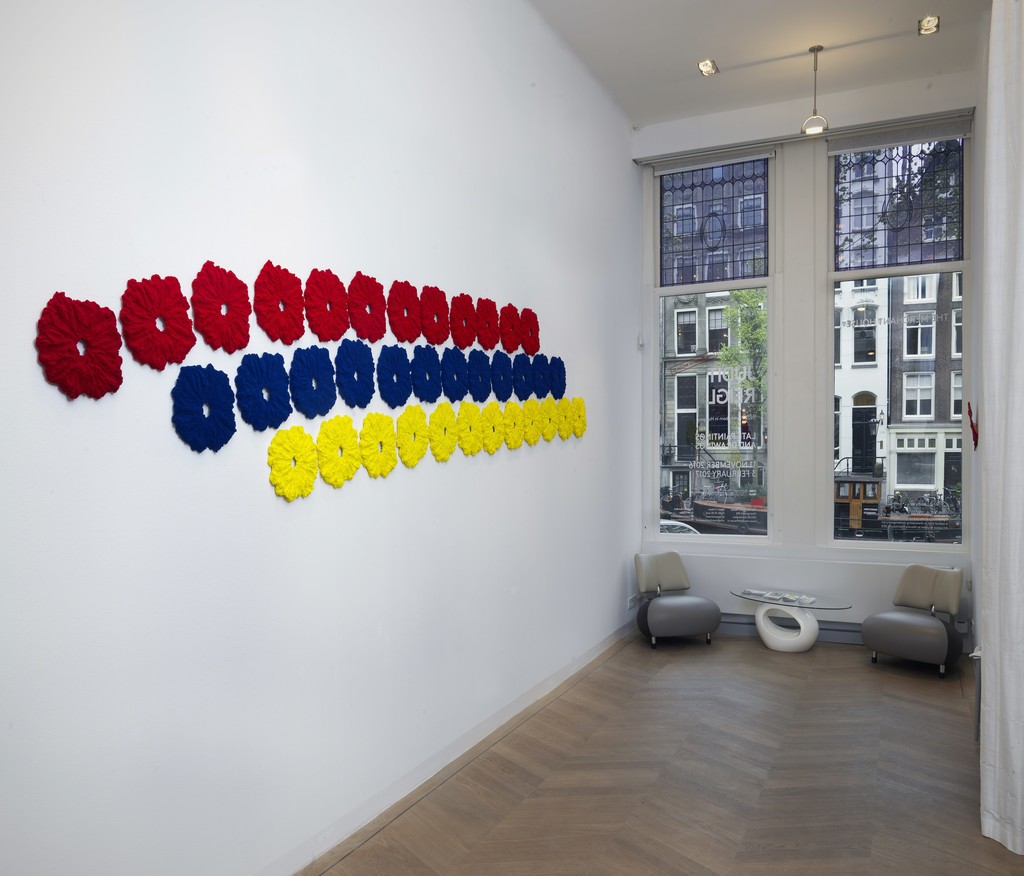 The Merchant House is pleased to announce a solo exhibition of the Italian artist Pino Pinelli (1938, Catania). As part of TMH Masterworks Series, the show focuses on Pinelli’s magisterial disseminations, which have lent an important phenomenal property to his oeuvre since the late seventies.

Each dissemination operates in the painterly space as an alignment of textured chromatic bodies across a wall surface, orchestrated, according to Pinelli, like drumbeats in a rhythmic cadence. These radical pictureless paintings, installed in dialogue with the artist throughout the galleries of The Merchant House, highlight Pinelli’s transformative contribution to the medium itself—through a cogent reinterpretation that severs paintings from its traditional pictorial form. Intentionally for the show in Amsterdam, the focus is on works combining the three primary colors—red, yellow, and blue—with an explicit connection to Mondrian. Thus, the exhibition is both a commentary on Mondrian’s geometrical translation of nature and on Pinelli’s own—no less physically bound—within the nonlinear, curved geometry of his signature color-texture elements.

Since his moving to Milan in 1963, Pinelli entered the vanguard debate initiated by Lucio Fontana, Piero Manzoni, and Enrico Castellani. His early series of Topologies and Monochromes made him one of the leaders of the Analytical Painting group soon after, and he has been included in numerous group and solo exhibitions. Over time the artist has become empathically acknowledged in academic writings and by the press as an innovator in post-minimal abstraction, who has been strategically and historically forging a most singular creative language.

Pinelli lives and works in Milan. His works are in major museums and private collections, and he continues to exhibit widely in Italy and abroad. His most recent exhibitions include Museo delle Arti, Catanzaro (2017), Spazio PAePA, Milano (2016), and Multimedia Art Museum, Moscow (2016). This is the second exhibition of Pinelli at The Merchant House. With its theme, we celebrate the centenary of De Stijl movement and begin TMH Masterworks Series of leading artists from our program to mark The Merchant House’s upcoming fifth anniversary in 2018.