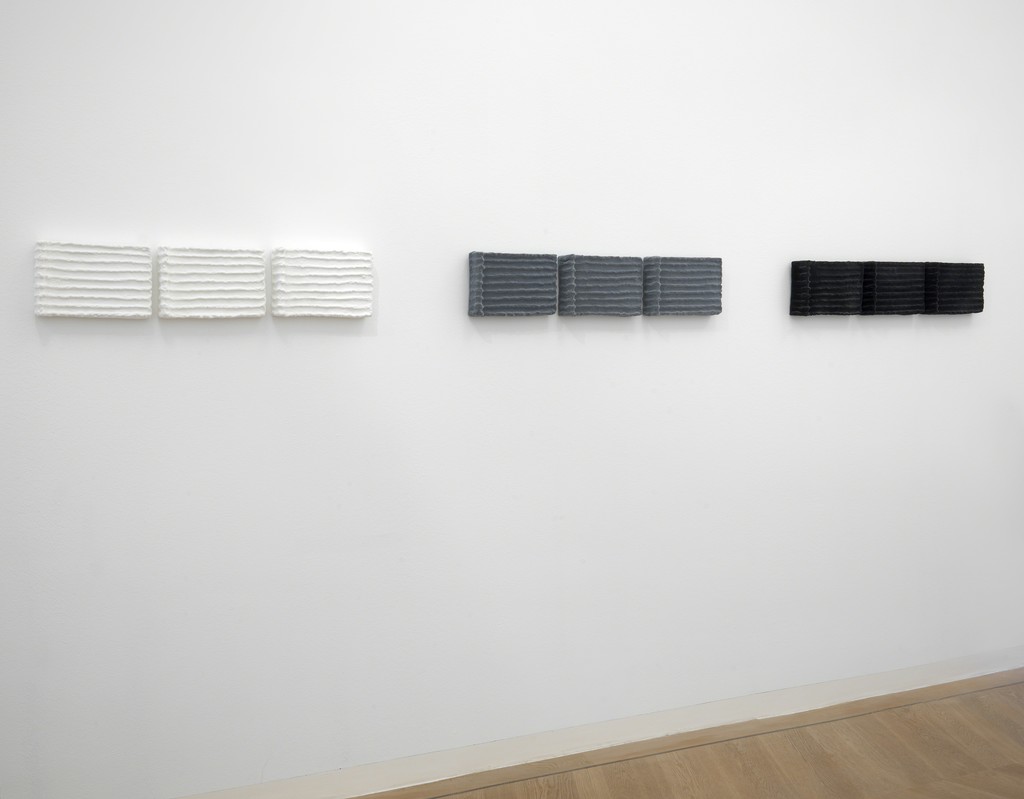 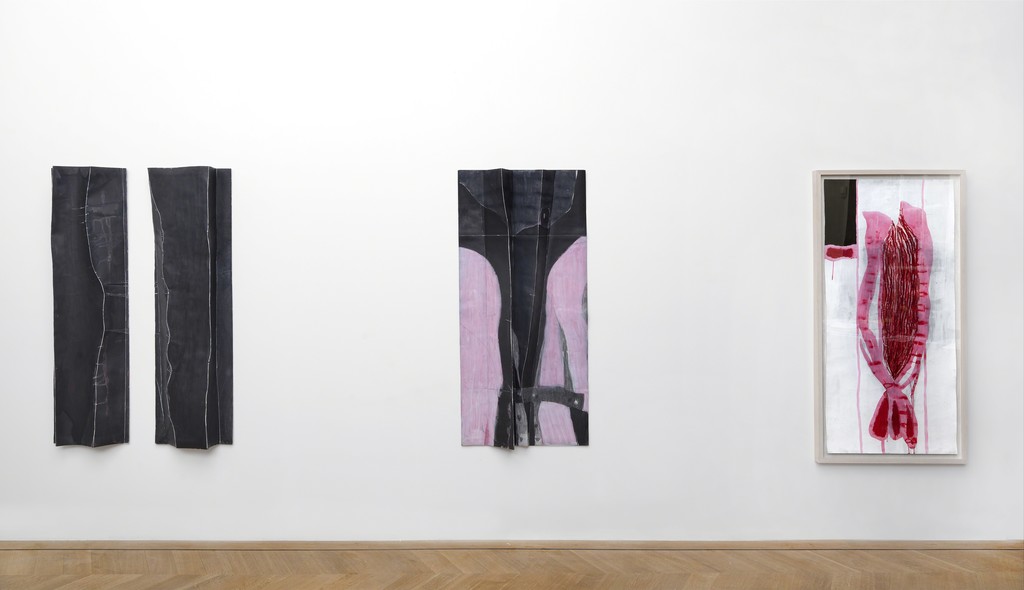 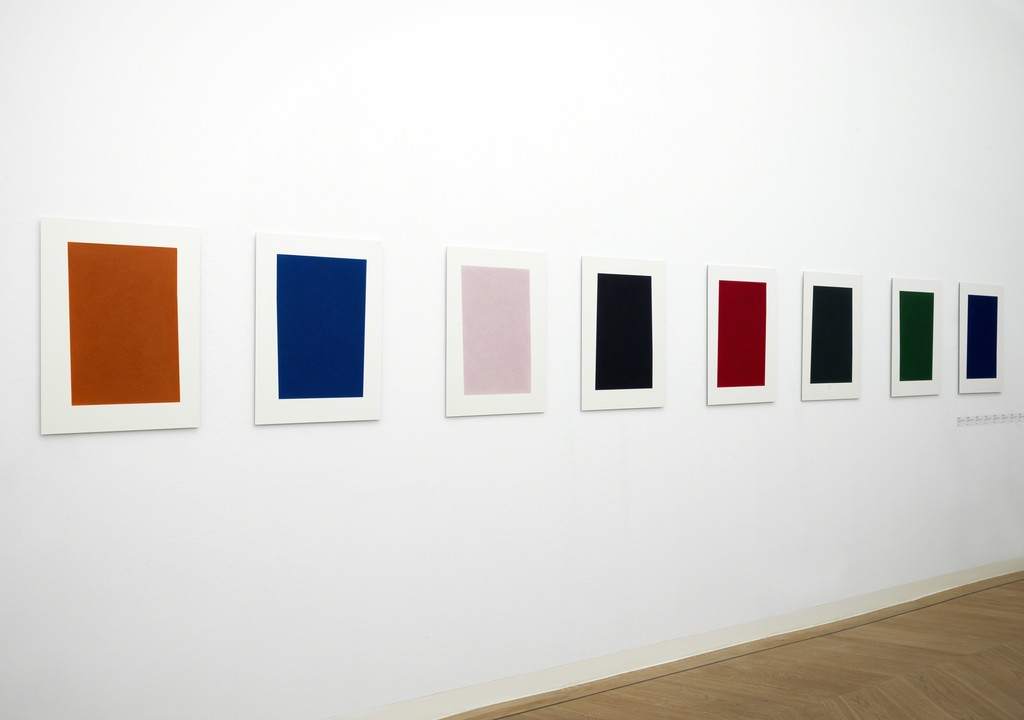 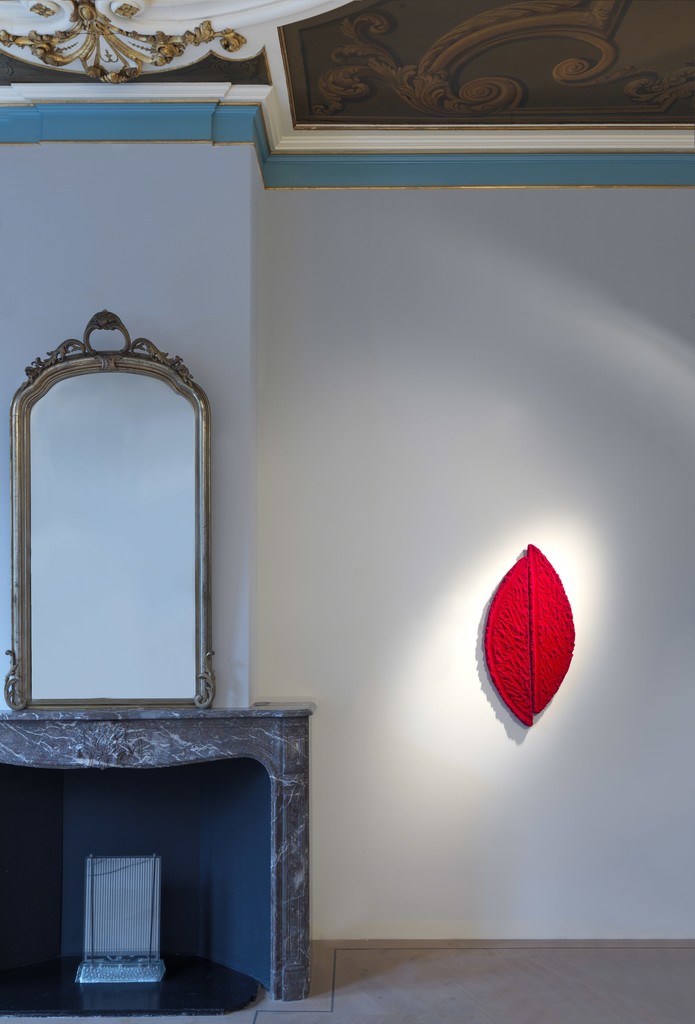 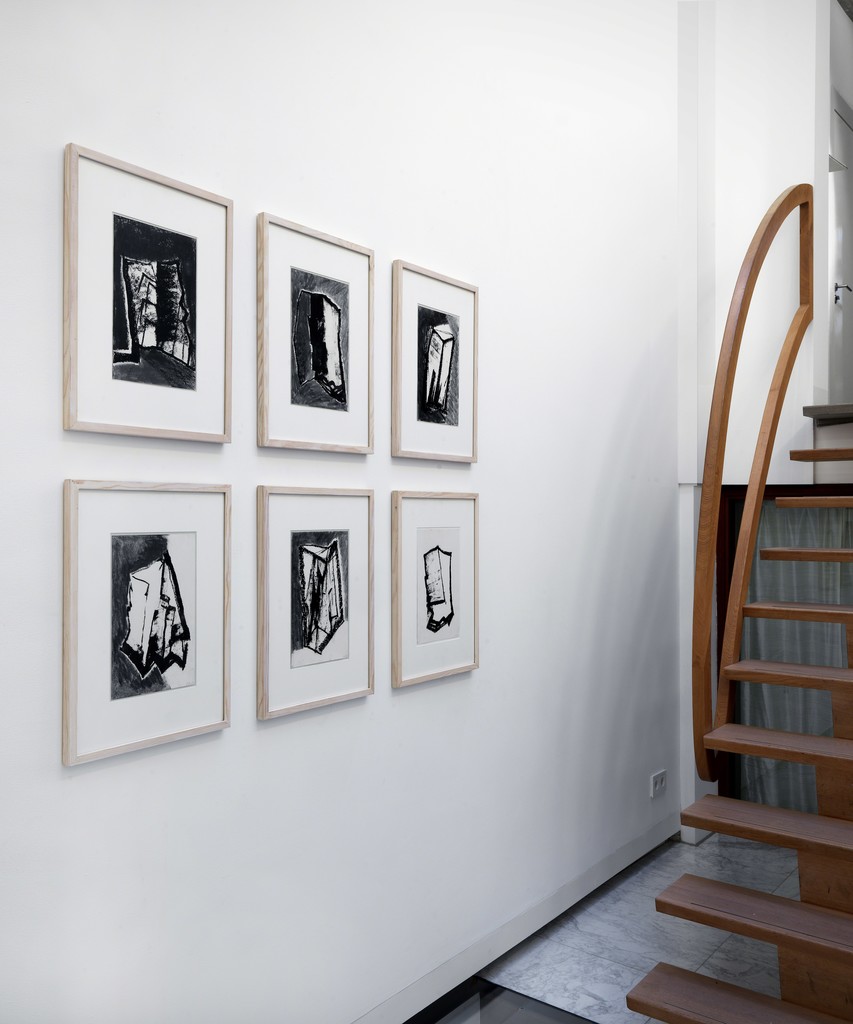 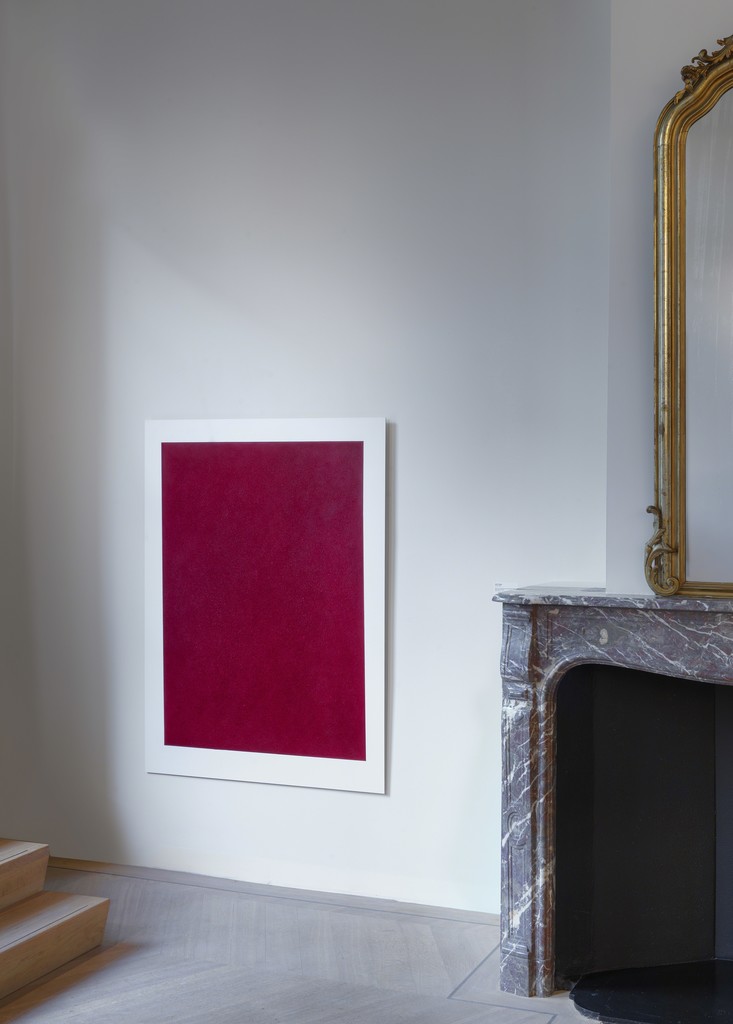 The Merchant House is pleased to announce our TMH Winter Group Show featuring Italian artist Pino Pinelli in dialogue with the two Dutch artists, Kees Visser and André de Jong, from the gallery program.The show highlights how, notwithstanding their powerful distinctive work, these artists share a number of artistic techniques and
concepts: palpable texture and nonlinear, or curved, geometry, which implicitly connect to the ideas of metaphor, allegory, and figure. And how their highly personal analysis of painted surface implicates a play between painting and sculpture: Pinelli—within the Mediterranean matrix exposed by the influential art critic Achille Bonito Oliva in reference to the Italian Minimalia, while Visser and De Jong—along a northerly artistic trajectory, as both found inspiration in Iceland and live and work in the Netherlands. The three artists, therefore, can be seen as exploring
post-minimal abstraction in their research of autonomous creative language.

About Pino Pinelli:
“As with my third eye, I would like to reach the atomic substance of form, as an element of strength
and constitution of a different kind of painting”—Pino Pinelli.
Pino Pinelli (b. 1939) lives and works in Milan, where he moved in 1963 and entered the vanguard debate initiated by Lucio Fontana, Piero Manzoni, and Enrico Castellani. Pirelli’s early series of Topologies and Monochromes made him one of the leaders of the Analytical Painting group in the early 1970’s. Since 1976, Pinelli has abandoned canvas and developed his magisterial disseminations—paintings “with body” but “unlimited by edge.” Each work is a signature alignment of softly textured chromatic bodies across a wall space—orchestrated, according to Pinelli, like drumbeats in a rhythmic cadence. Pirelli’s work has been included in numerous exhibitions at major institutions in Italy and abroad.

About André de Jong:
“My inspiration ultimately comes from my direct physical environment, in contact with nature around my studio and during trips”—André de Jong.
André de Jong (b. 1945) is a Dutch artist celebrated for his monumental three-dimensional Folds and black and white multimedia drawings. After graduating from the Art Academy in Maastricht, De Jong moved north and continues to live in Friesland. His long periods of working in relative isolation have been punctuated by regular exploratory trips to Iceland and Norway. Recognizing the importance of De Jong’s query of man and nature, the Museum Belvédère in Heerenveen, the Netherlands, dedicated the museum’s central space to his solo show in 2010. De Jong’s work has recently been a subject of increasing international attention.

About Kees Visser:
“I was looking to introduce parameters that would destabilize the comfort of perception by the notes of discord comparable to those of John Cage in his music”—Kees Visser.
The Dutch artist Kees Visser (b. 1948) is known for his serial paintings, which have preoccupied him in recent years. Monochrome and radically minimal at first glance, they astonish by their destabilized form, depth, and magic of “crystalized color” on closer inspection. Depending on their presentation, these works may either assert their two-dimensionality, or alternatively evoke an open book or a minimalist sculpture. Kisser has had numerous solo and group exhibitions in the Netherlands and abroad, including at museums in Iceland and France. He lives and works in Haarlem, with stretches of time in Paris and Reykjavík.