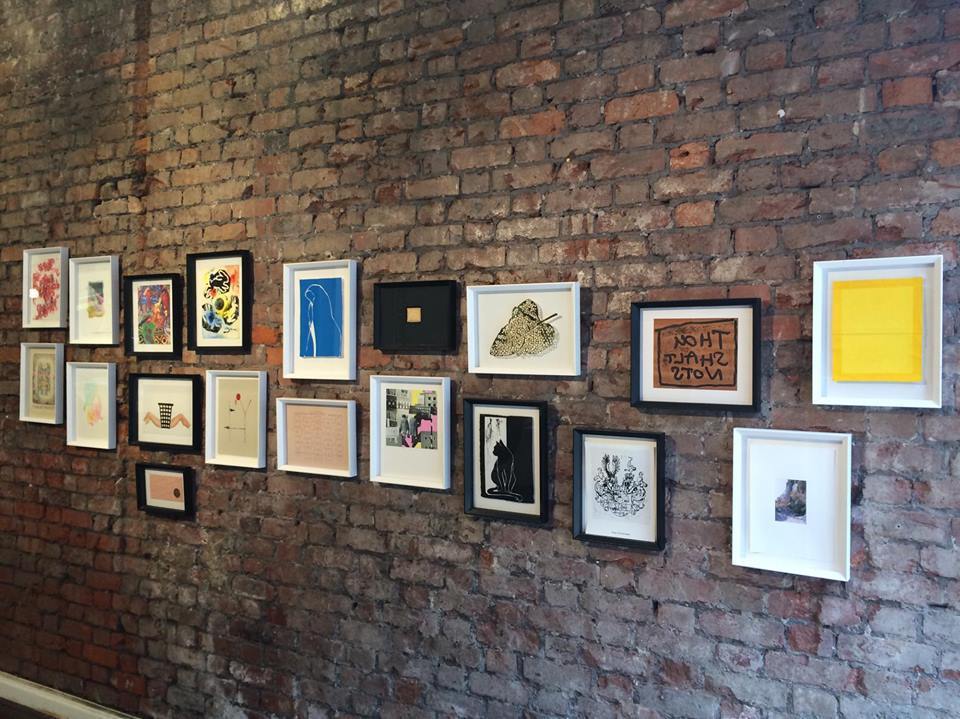 Simpson was born in Swansea in 1965 and graduated from the Chelsea School of Art in London in 1988 and earned an MFA from the Royal Academy of Art in London in 1993. In 1994 she was included in the seminal exhibition Some Went Mad, Some Ran Away, curated by Damien Hirst, at the Serpentine Gallery, London. As one of the Young British Artists from the Saatchi Collection, Simpson’s work was shown in the controversial Sensation exhibition at the Royal Academy of Art in 1997. Simpson’s CV has since become rich in the tapestry of museums and galleries worldwide where she has shown. Having also shown with Javier Lopez in Madrid, Gagosian Gallery in London, Sandra Gering in New York, at the New Art Centre in Wiltshire and the CAC Malaga amongst many others her work has developed a national and international following. The Arts Council, British Council and Saatchi Collection have all bought her work as well as the Damien Hirst Murderme collection and countless private collectors.

Simpson is best known for pushing the limits of artistic methods and materials in her sculptures made from rubber, ice and refrigeration units. However, Simpson has also worked as a publisher of blue chip editions by internationally renowned contemporary artists in parallel with her own artistic career. She has produced daring and desirable works with a quality and an attention to detail only achievable as a publisher with a formal fine art training. With over 15 years of publishing experience, Simpson has produced a truly remarkable array of limited editions. Whether working as the Production Manager for organisations such as The House of Fairy Tales and the Friends of Arnold Circus or producing editions for her independent publishing house Galerie Simpson, Simpson has continued to refine the art of publishing producing increasingly sophisticated and unique artworks. These limited edition artworks have attracted the attention of world class institutions and feature in the world class permanent collections of TATE, The New Art Gallery Walsall and Pallant House Gallery.

Highlights of this exhibition include the exceedingly rare ‘Geranium’ print by Gary Hume, one of just 18 signed and numbered silkscreen and linocut prints which was the cover image of the Royal Academy of Arts exhibition Gary Hume RA: Prints Pictures in 2017, and Hume’s ‘Morning’ print, one of 65 signed and numbered linocut prints. Gary Hume once described his paintings as “flora, fauna and portraiture” and these prints are just a couple of a parade of flowers that have cropped up in his work. Blossoms explode like fireworks behind his early silhouette figures of the 90’s. From the shamrock face of ‘Tony Blackburn’ to the slinky ‘Nicola as an Orchid’ or the petal features of ‘She Who Waits’ plants have been used to evoke individuals but also frequently take centre stage, seemingly portrayed as subjects in their own right. Hume’s gorgeous, oddly-hued blooms conjure up a complicated spectrum of moods, atmospheres and subjective states. Not for nothing did Jack Bankowsky title his catalogue essay for Hume’s Tate Britain show, ‘You Hit me With a Flower’. Hume says of the works in this show, “all my flowers are quite artificial, or trying to be real but they are not really real… but I want to keep nature in it; this very beautiful and, of course, apolitical and non-human part of our existence”.

Other significant works include Gavin Turk’s Door editions printed in an edition of 35 using archival digital methods with silkscreen glazes to enhance the vibrancy of the neon affect and saturate the depth of the darkness that surrounds the image. There is something stunning about these images - something about the way the form leaps and burns off the page. There is radiance to the image and radiance to the print. The image is a reference to Magritte's painting 'La Victoire' but rendered in neon. The door can be a surreal gateway; an invitation to go somewhere - the other side, the imagination and to the great art alchemists of the past - a salute to Duchamp whose '11 Rue Larrey' is a door that is never open or shut. Duchamp's door was built from wood and situated in his studio; Turks's glows electric in midnight black space. It is this amazing, spectral and spiritual contrast that is presented in the work.

The exhibition culminates in the presentation of the Galerie Simpson Selection Box Portfolio. In the spirit of the daring and DIY approaches that came to characterise her and her contemporaries, she devised the portfolio. The Selection Box is an instant art collection with some of the biggest names in the British Art World. Focusing on the handmade detail, production methods range from watercolours, lino cuts, wood block and silkscreen, to gold plated sculptures and cast resin. Uniquely, in this exhibition, the artworks are available individually as well as in a set of 18, housed in a bespoke wooden box. Ultimately a great investment, this also has the added bonus of benefiting the non-profit artspace GS Artists, with all the artworks having been created and donated by the contributing artists. GS Artists is an artist run gallery established by Simpson in her hometown of Swansea and shows both local and international artists.

We are grateful to Louisa Buck, art critic and contemporary art correspondent for The Art Newspaper, for producing the catalogue essay on the subject of Gary Hume's "Morning".