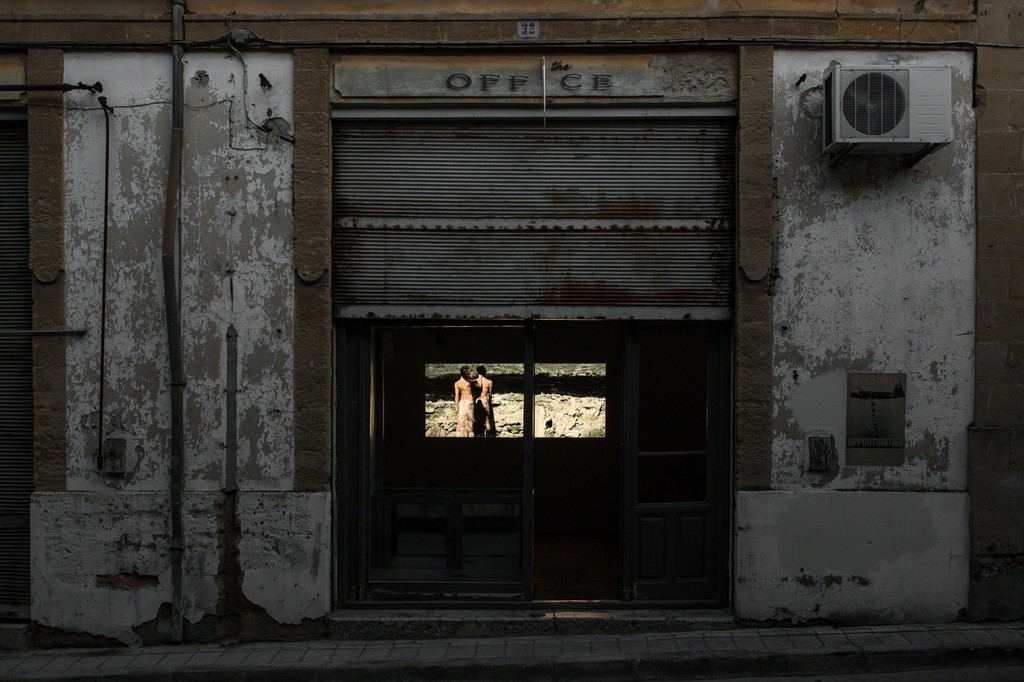 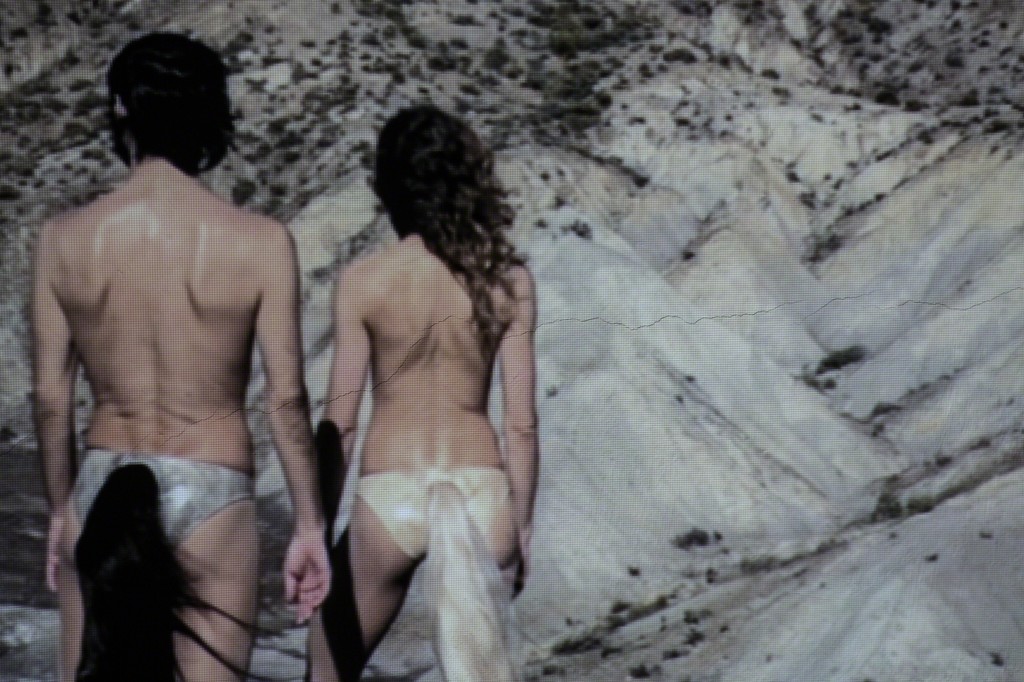 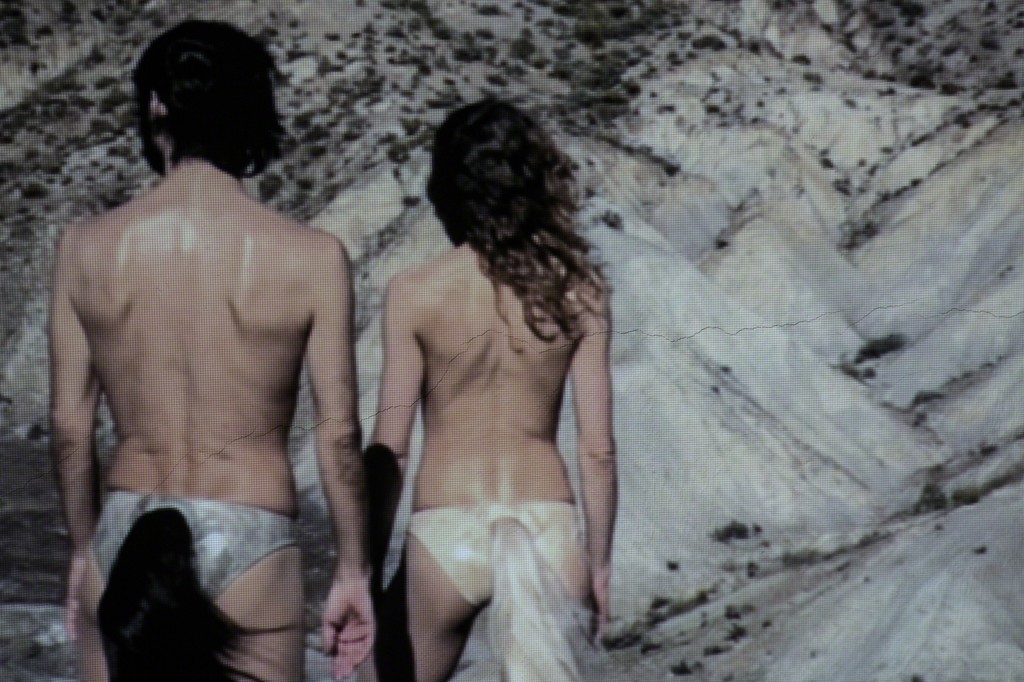 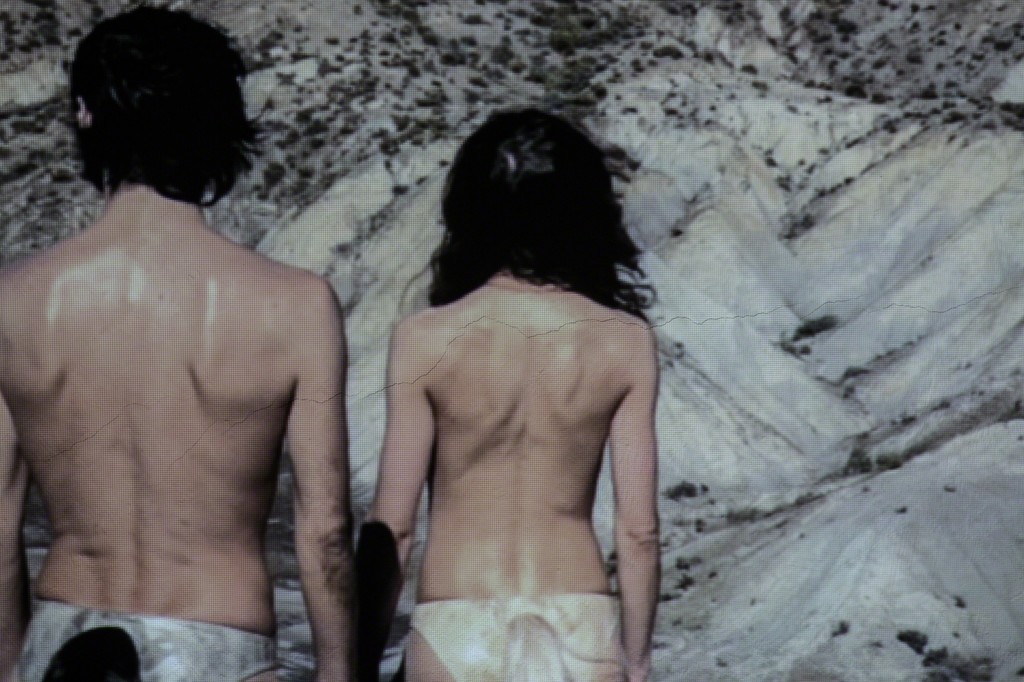 By their half human, half horse-like characteristics do they evoke archaic, almost mythological ancestors? Or might they be the slightly crazed anticipation of an extended form of our actual body? Crepuscular vision, evocation of a moment out of time or an age to come: the answer remains suspended. Delgado Fuchs prefers to explore with innocence the contrasts and the converging points between a sovereign, motionless earth and beings made of flesh and breath. Their almost primitive pack frolic and cavort freely on a planet earth that may be arid but that is devoid of the taboos and the weight of an Original Sin.

This ceremony, placid, seems to invite to serious meditation; but the absurd and the discrepancies immediately conquer new freedoms, as if, beneath the folds of the landscape, the earth chuckled, happy to free herself from expectations.

Borrowing from the codes of wildlife footage and from the coming-of-age stories to better distance itself from the first, the film merges genres with confidence. The diverse levels of the soundtrack add texture to this game of illusions. It reinforces the sensation of a waking dream, where the spectator is guided by an almost hypnotic voice. Thus, Horsetail Knickerbelt resonates like a fable, continually strengthening and dilating the connections between tangible world and representation.