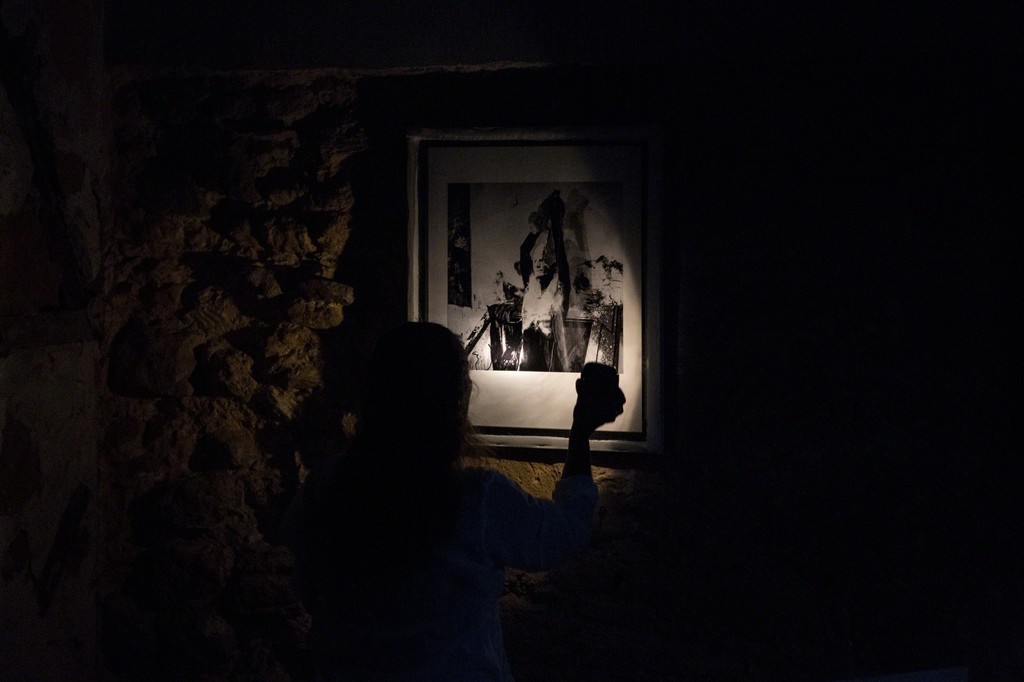 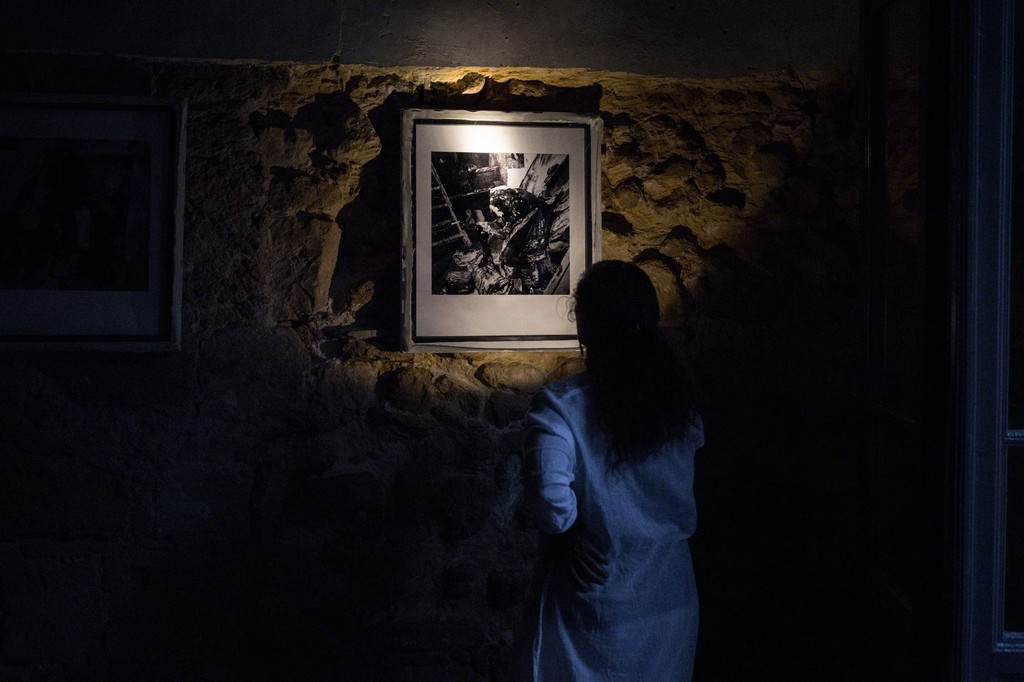 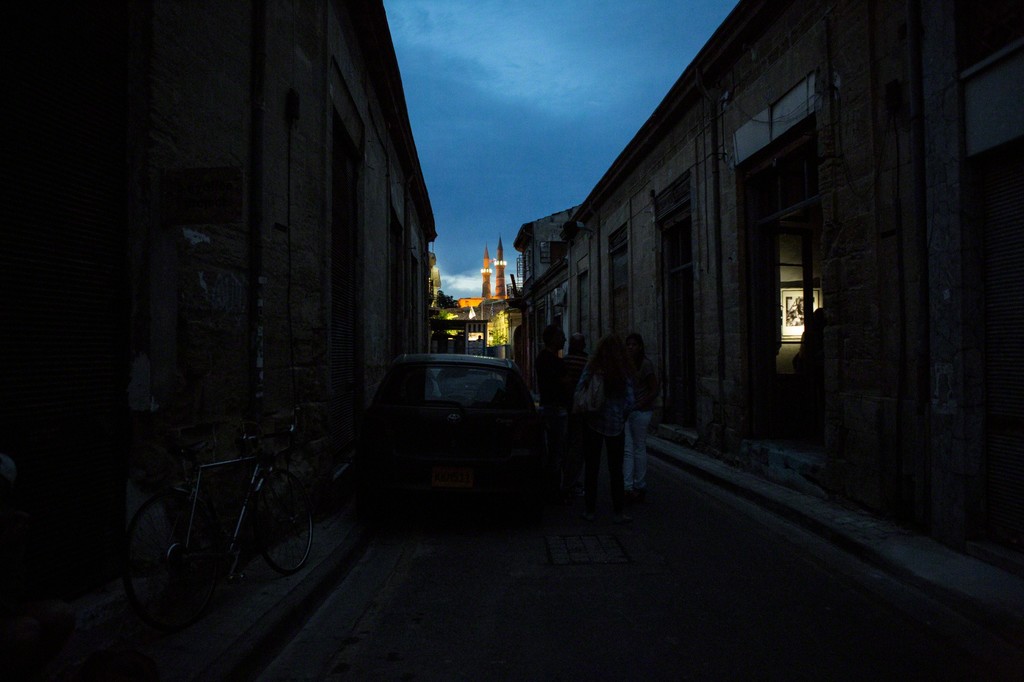 A view from the street, with the Nicosia buffer zone in the distance. Photography: Antonis Minas 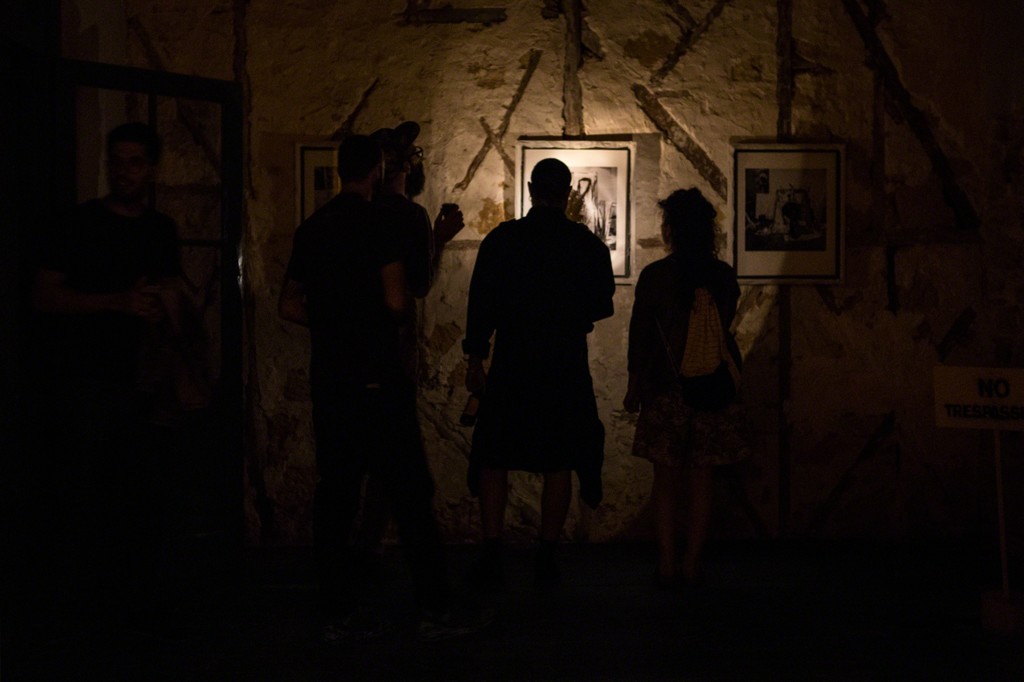 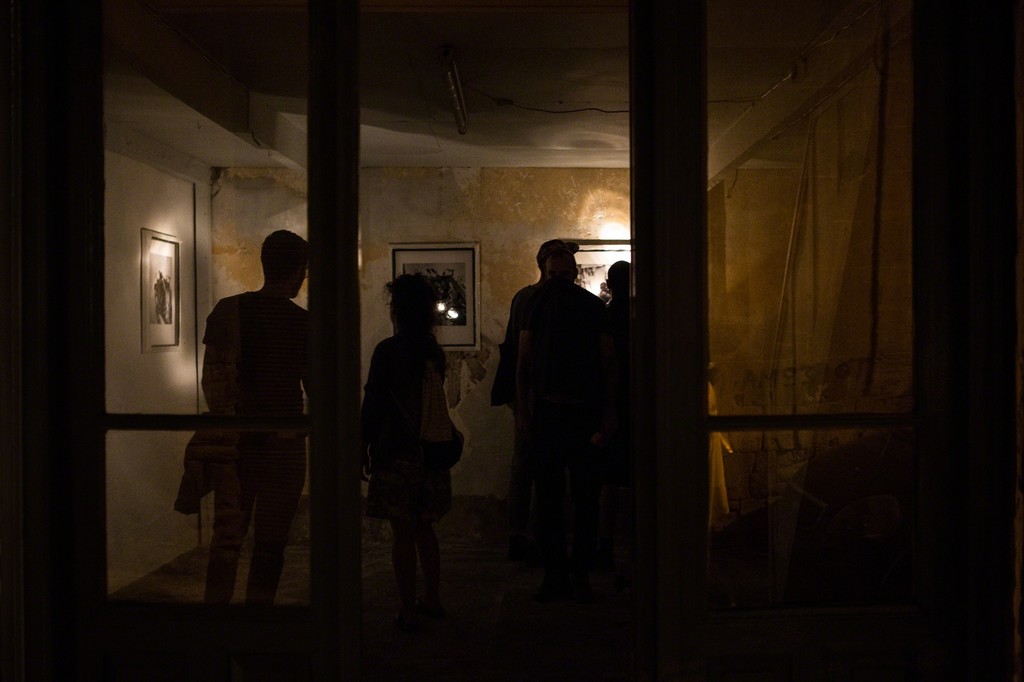 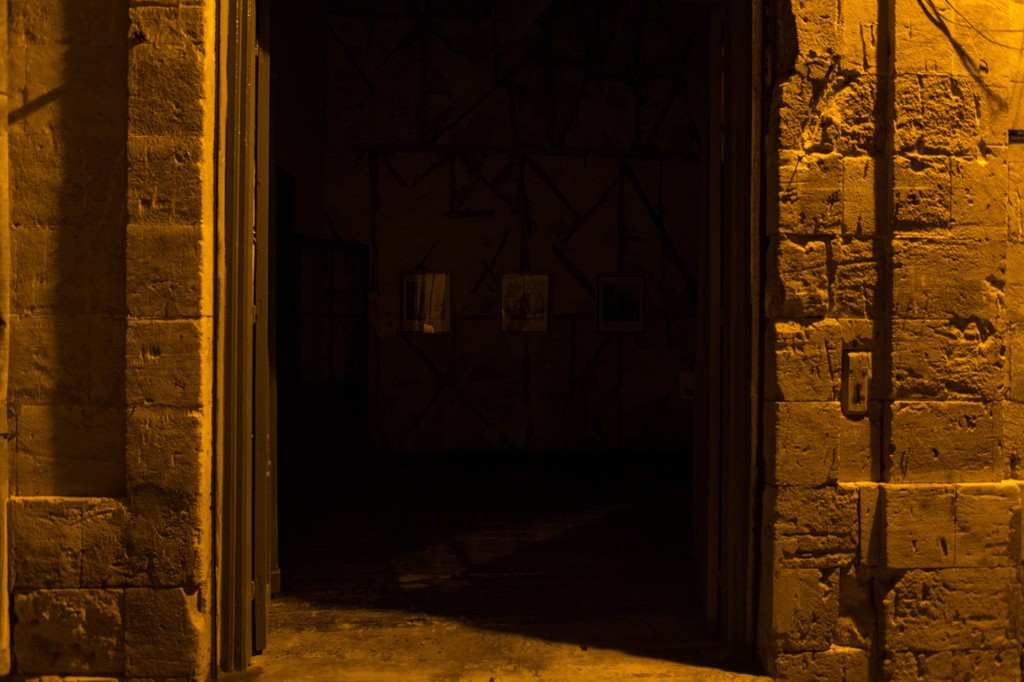 The unlit installation view of Günter Brus- SELBSTVERSTRICKUNG at the Office gallery as seen from the street. Photography: Antonis Minas

The Office gallery presents the Austrian actionist Günter Brus, to a Cyprus audience for the first time. His featured work, the action "SELBSTVERSTRICKUNG" (1965 - 2013), is presented through thirteen black-and-white photographs recorded by the lens of Ludwig Hoffenreich in the Perinet basement in Vienna in 1965. The project remained buried in the artist’s personal archive until October 2010.

Brus writes this about the action: "A two-metre-high picture frame was stored away in the legendary Perinetkeller. I stringed this frame with molina and slit it open. My purpose was to emerge as a living image. I crawled into the frame assuming a foetal position. During the Action I entered an ecstatic rage, as a result I shredded the canvas and got tangled up in it. The 'living image' was destroyed at the end of that exalted Action and I poured white and black paint over myself."

The Austrian performance artist and poet was born in Ardning, Styria in 1938. He was a founding member of the Viennese Actionism along with Otto Muehl, Hermann Nitsch and Rudolf Schwarzkogler. In 1966, Brus and Muehl founded the Institut für Kunst Direkte. During his actionist period, Günter Brus developed a controversial body- and self- analysis, which challenged traditional painting practices and the role of the artist in the society. Ιn Brus’ actions, his body was at the centre of a clearly defined space and by making use of it, he explored the limits of human tolerance and physical endurance.

Looking back at Günter Brus’ career, there is a clear transition from informal painting to painting as a happening, and the use of the body, not only as a medium or surface, but also as material for painting. In this way, his action "SELBSTVERSTRICKUNG" illustrates the crucial struggle of the artist with his canvas.

"SELBSTVERSTRICKUNG" opens at 20:00 on Monday, 2nd June 2014 at the Office gallery in Nicosia and will run until the end of June. Special thanks go to Gallerie Heike Curtze, Vienna.