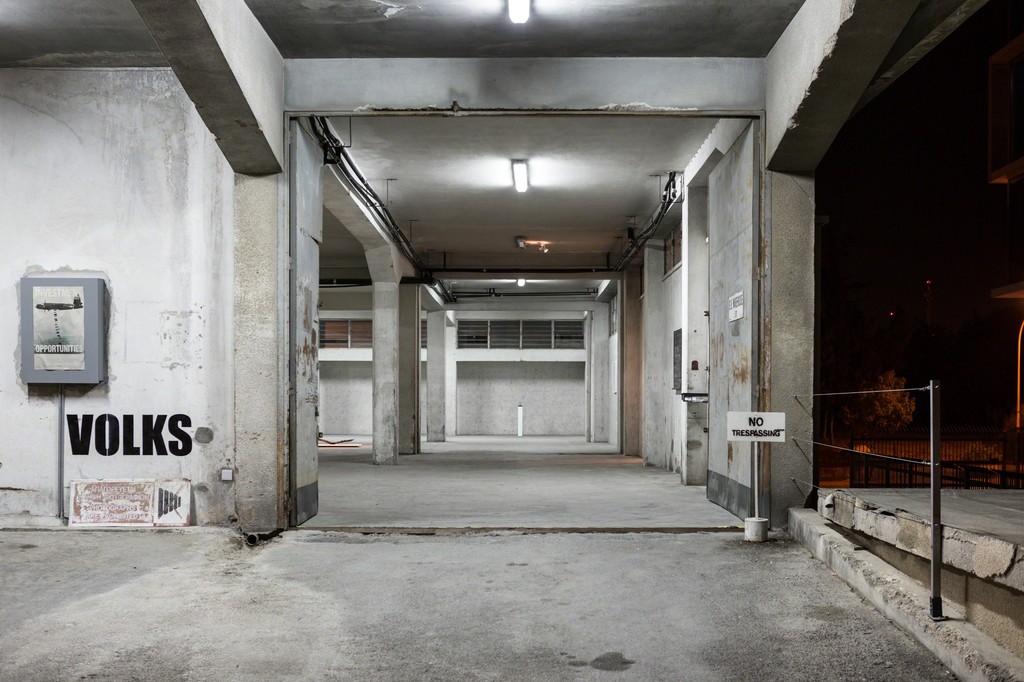 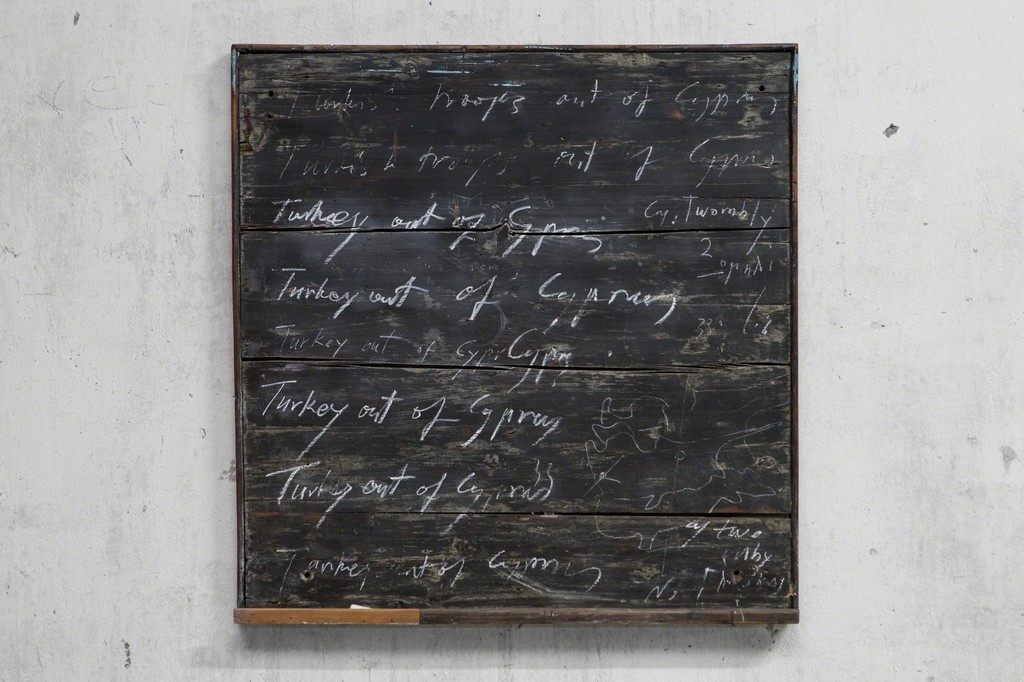 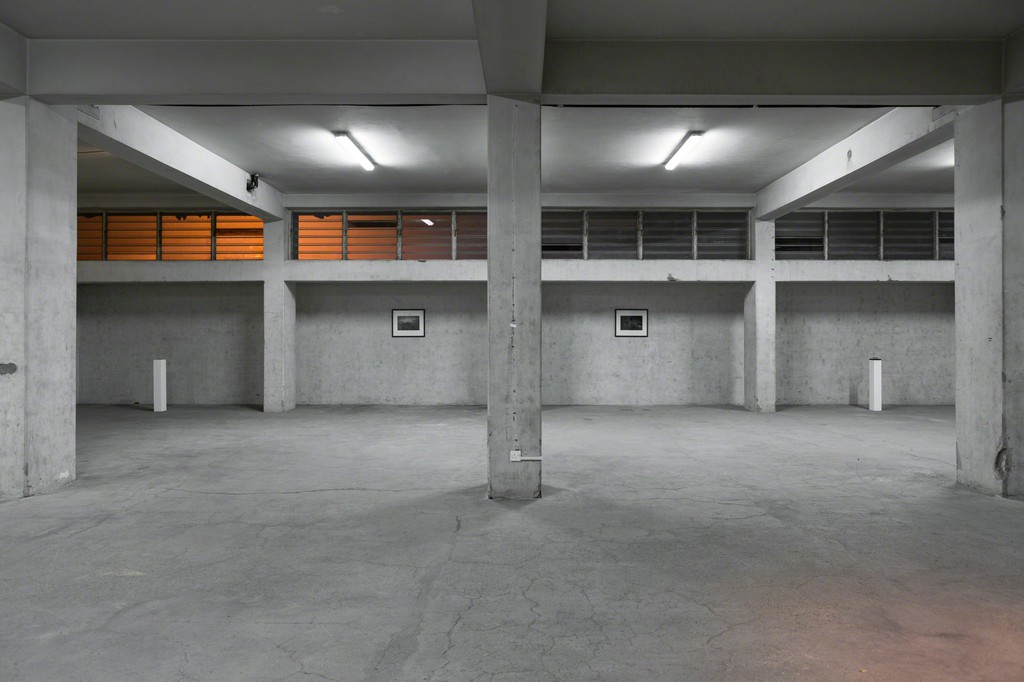 The collection expands to the whole of the VOLKS space. Photography: Antonis Minas 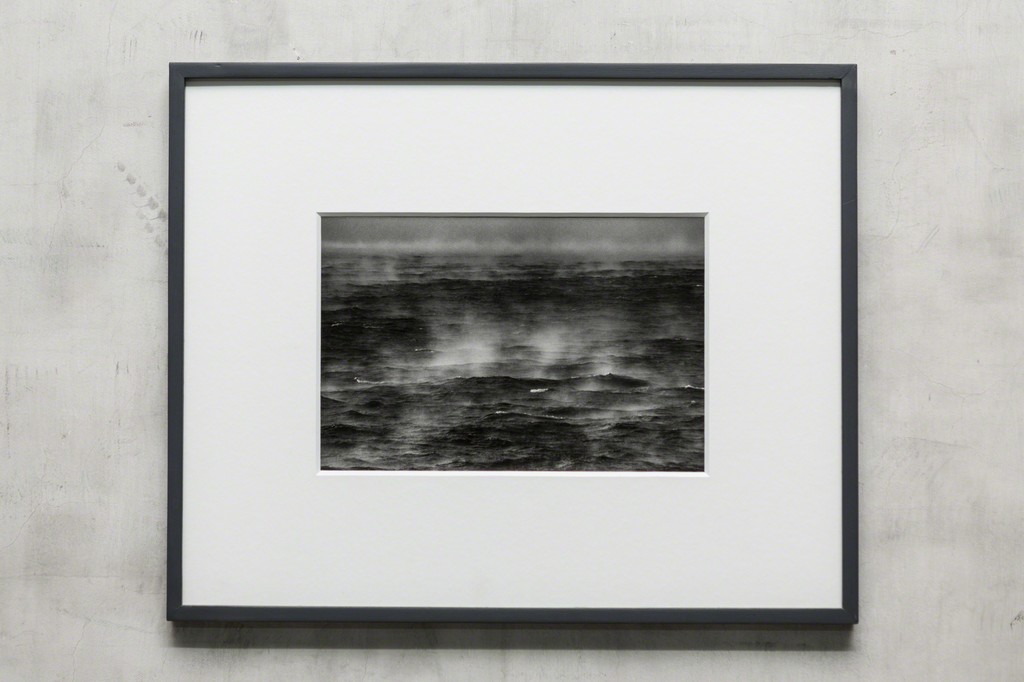 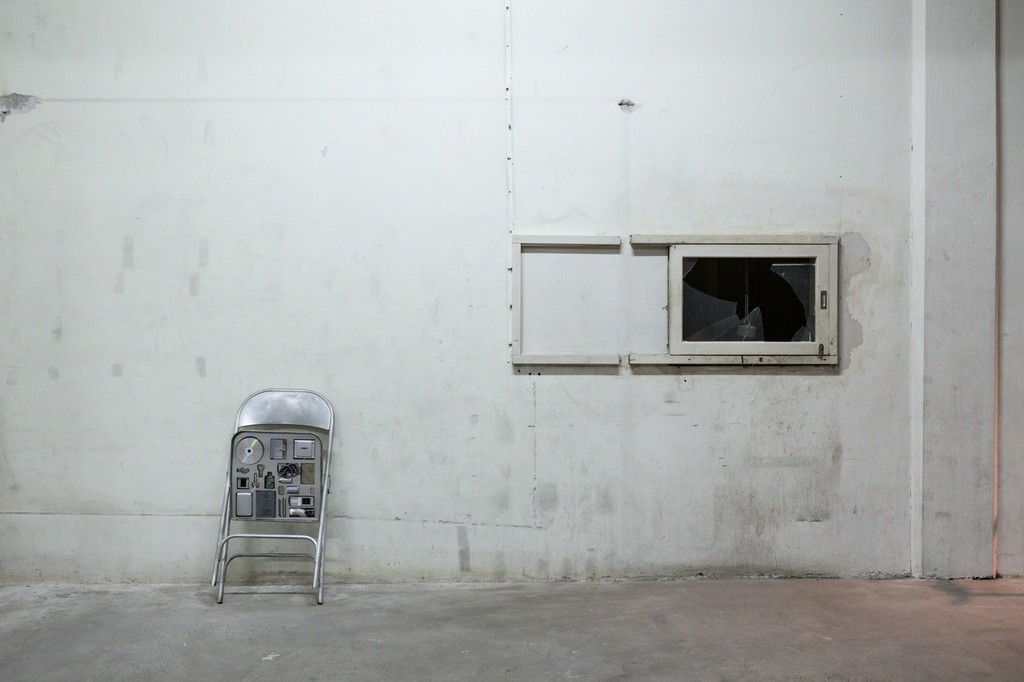 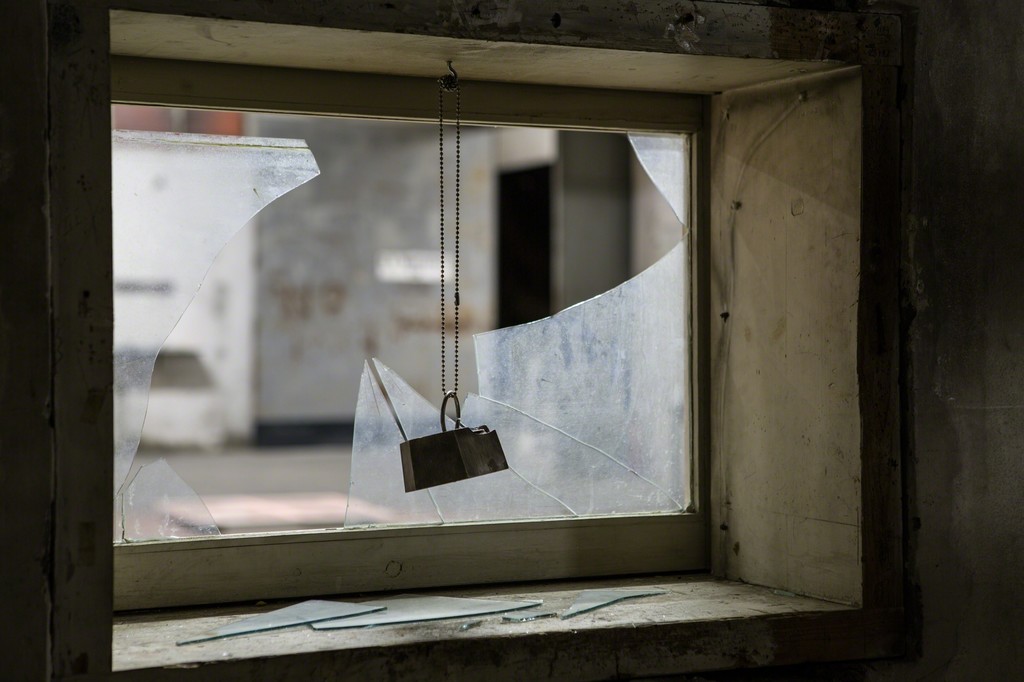 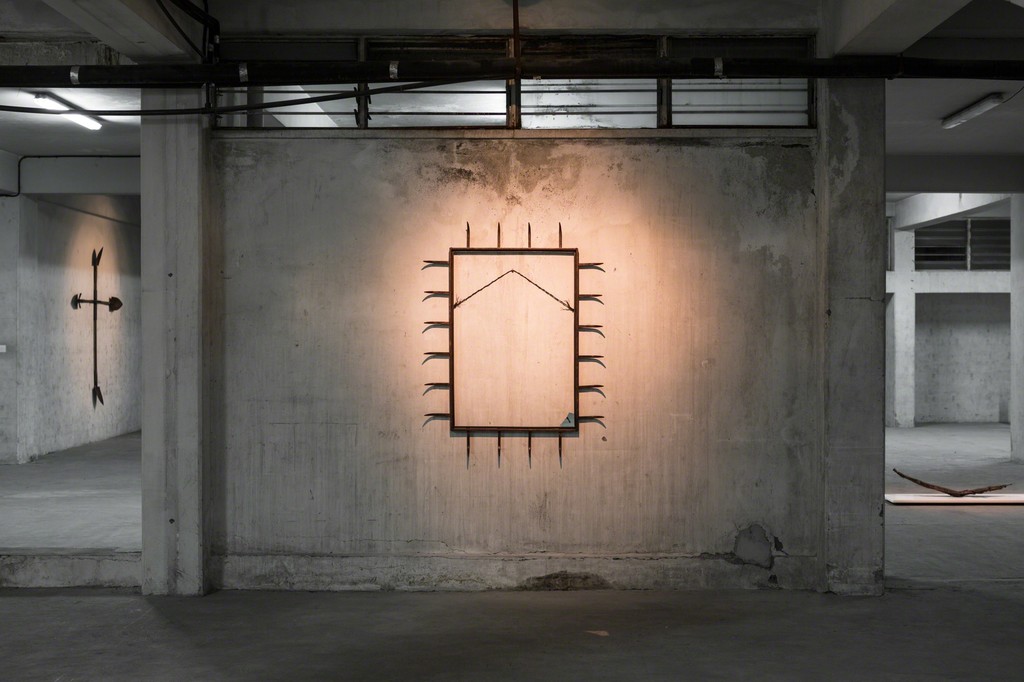 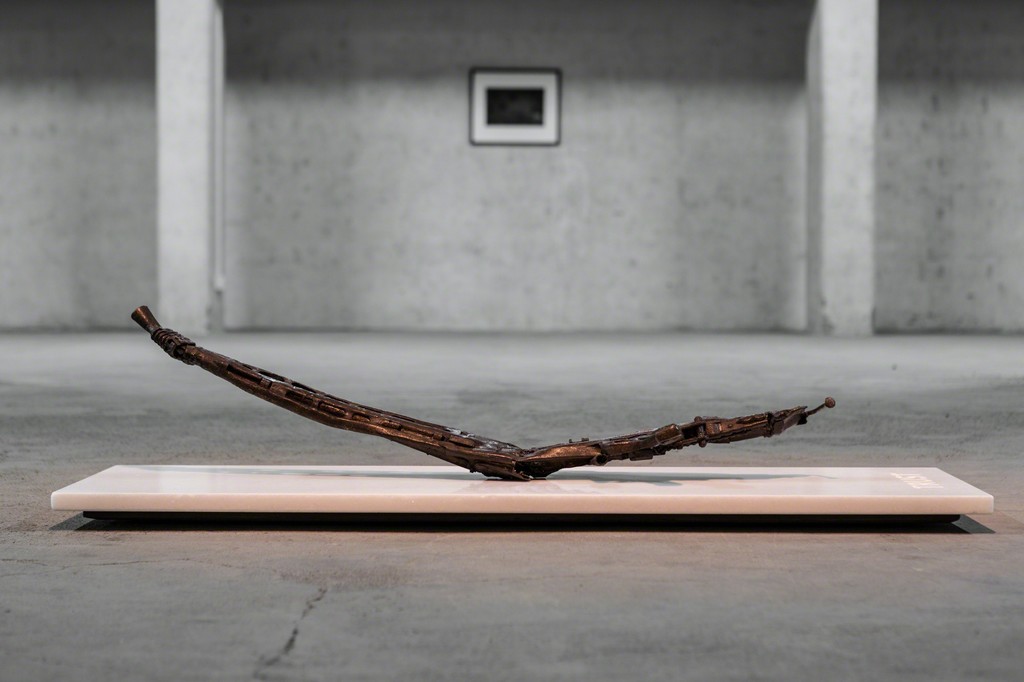 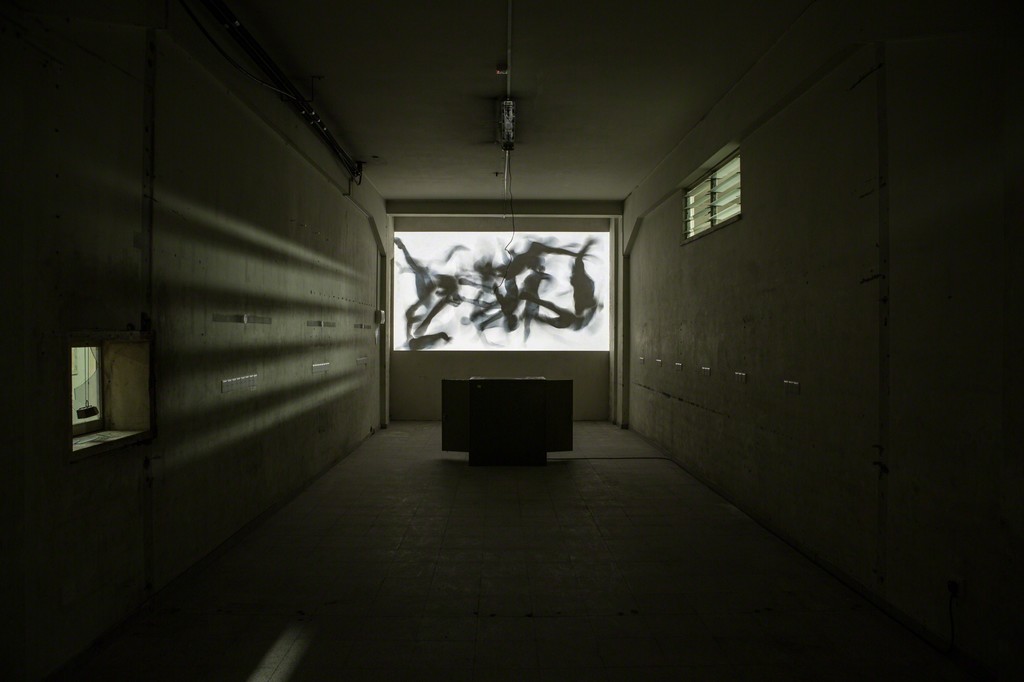 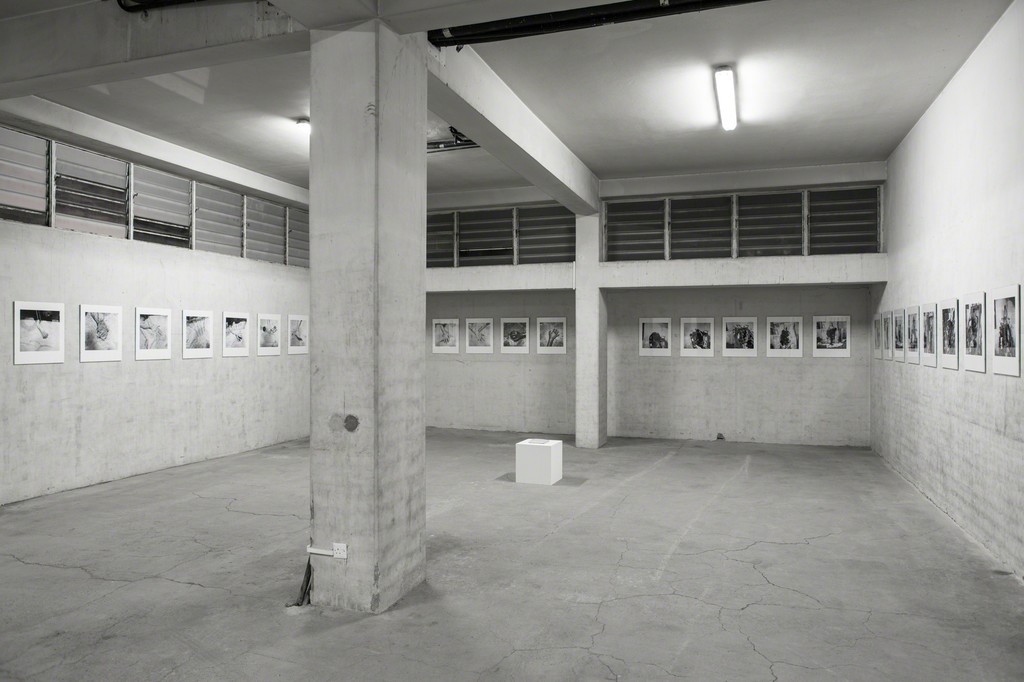 (Notes on the presentation of artworks)

Having not planned the formation of a collection, I have over the years gathered these pieces, without consciously following a predefined line, but one that my instinct and my capabilities allowed. Apart from some pieces that were given to me as a gift, the rest were gradually acquired, many times while secluded, away from the social environment, having built a special relationship with the work, which empowered me over time to “appropriate” myself with it. Without always converging or identifying with the reality that surrounds me, a reality that cultivates a feeling of alienation, I have gathered them - while returning to a feeling of safety through them - as if they hosted me instead of them being hosted by the space. An exception to this rule has been the advice given to me by A. Georgiou, P. Pavlides and H. Gkekas, with whom I had extensive discussions, but also the silent example of people that I happened to collaborate with remotely.

A key to a potential approach is possibly the innerness, the esoteric and sometimes confessional character of the works, but also the place they occupy in the collective work of the artists - as I am of the opinion that one can find more comprehensible examples within their work. It seems that as if from a recurring tic, I wanted to catch them red-handed, naked I would say, within their own work. To a lesser extend, it is perhaps a sort of innocence. I felt that art is first of all a way of life - they did not have the ambition to see themselves as successful artists, like for example Francesca Woodman who took her own life at the age of twenty two, or Masahisa Fukase who did not edition his photographs, he frequently did not even sign them, but was making a living from his anthologies. Some, like Robert Montgomery, loathe biographies, or from a point onwards were not at all productive, like Charlotte Ballesteros. Günter Brus had decided to present his work over forty years later. This way this collection of works is not one that came to be from me simply following the work of the artists, but in my opinion it is a collection of - as much as I could discern - some of their best moments. I tried never to follow artists blindly, for their signature alone. In conclusion, I fared, as much as I could, being in rupture with what is commonly called art market, and with artworks that are programmed to fulfil the needs of obvious public relations, a certain yearly quota - or to feed the vainness of the collector, the gallery or the artist.

Due to the private nature of this collection, I had no intention to display them. Nonetheless, I remain charmed by the bareness of the VOLKS space, and I considered it a challenge to co present them in a space that I find lends itself to their idiosyncrasy. I would like to note that a special presentation will take place, with works by the Athenian artist Dimitris Merantzas.

The Office gallery presents artworks from its collection at VOLKS.

The selection includes works from:

Special thank you to Polys Peslikas