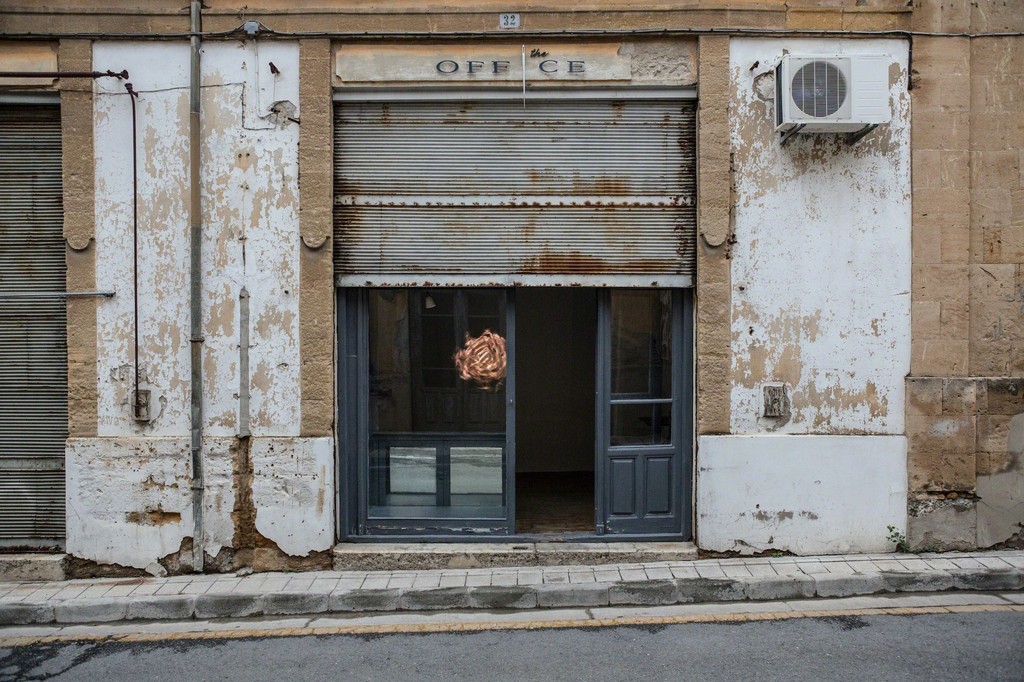 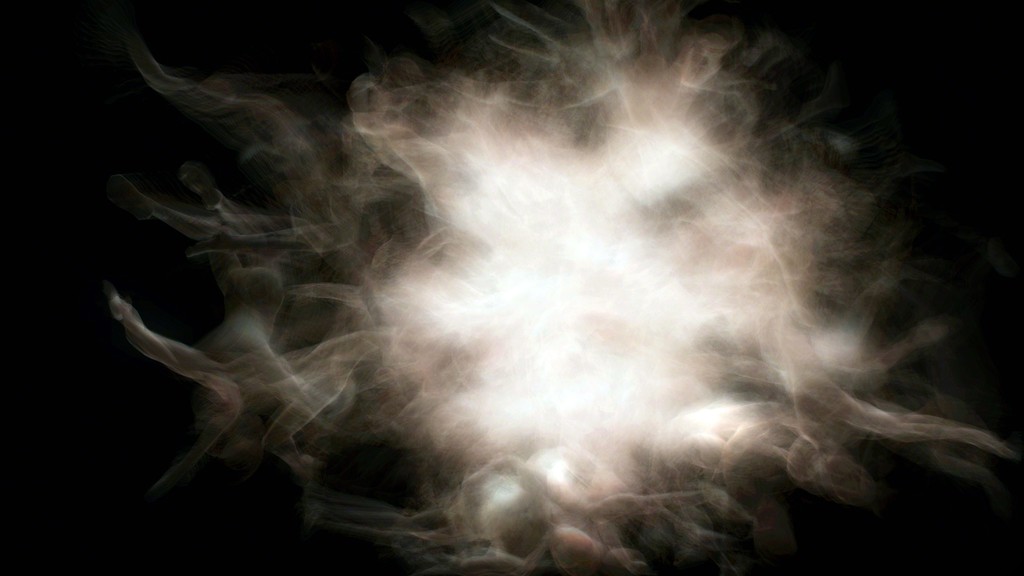 Still I from CLUSTER 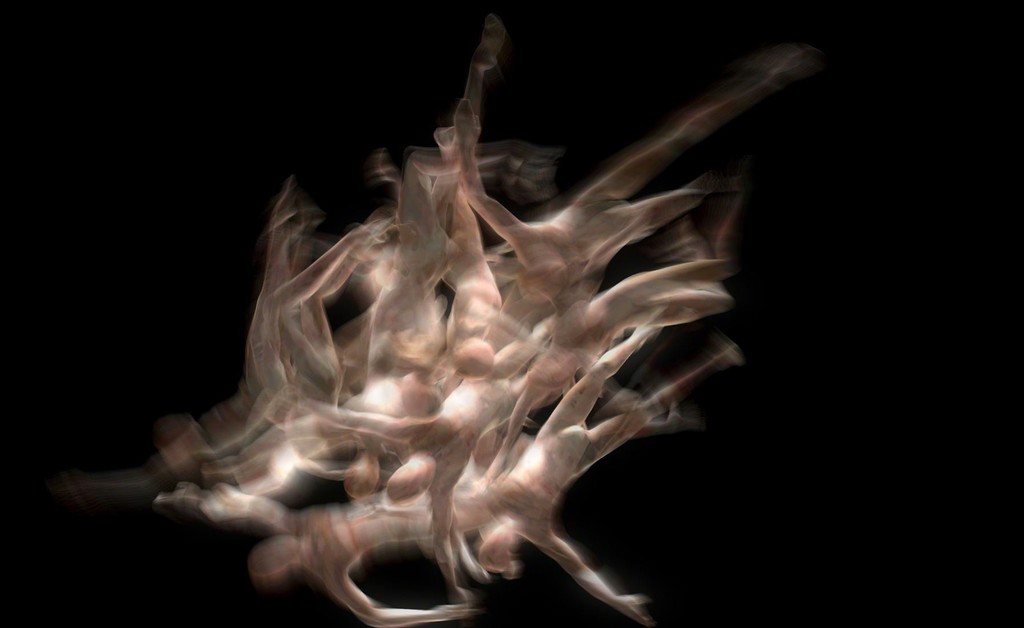 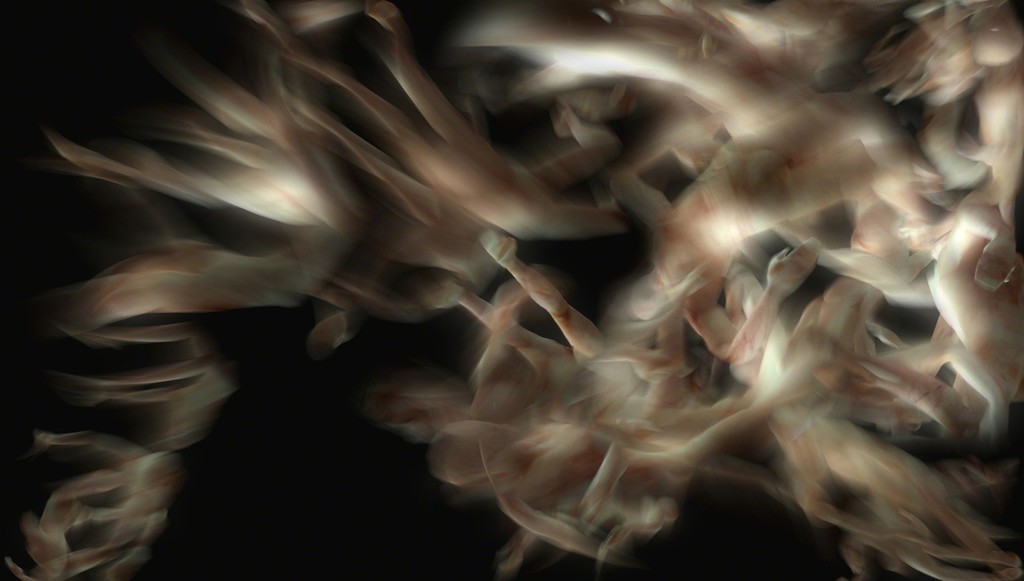 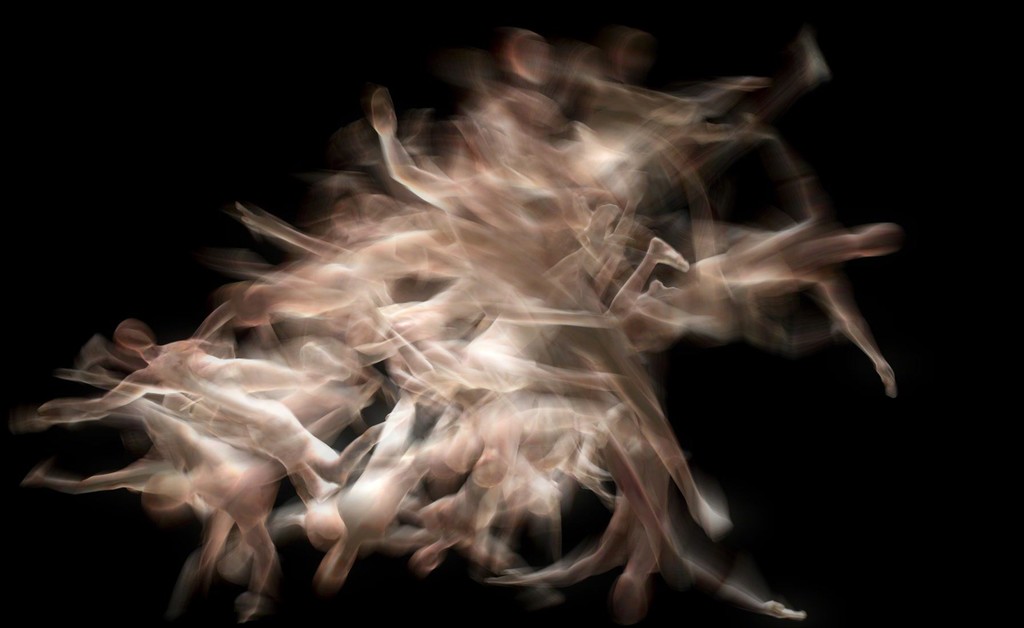 “CLUSTER”, the next generation of Kurt Hentschlägerʼs generative 3D and audio work, is moving the focus onto group behavior and -interaction, particularly looking at swarm phenomena. A simple yet absurd setting is proposed - 3D human characters turn into a school of fish under impossible physical conditions. In the weightless choreography of “ClUSTER” human figures appear mostly as anonymous particles, as a pulsing, amorphous mass, a cloud of blurry matter from body parts and light. The work is visually fluctuating between realistic and abstract forms.

By its generative nature never fully predictable, ‘‘CLUSTER’’ describes a meta-organism with decidedly anti-individualistic character. While the 3D characters are of human form, their behavior is not.
The work draws some of its ambiguity from both repetitive, rhythmical elements, as well as from “natural” improvised structures. The bulk of sounds in ‘‘CLUSTER’’ is rendered by the events driving the work - swarm motion and behavior as well as changes in light and color. A rhythmical grid bonds the individual parts together. Sub bass- and high frequency drones frame the otherwise generatively rendered event driven sound.

“CLUSTER’’ goes through several stages, starting out from an abstract primordial “soup”, building into a cloud of blurry semi realistic matter - body parts and light, to eventually arrive at a clearly humanoid cluster, packed tightly, spinning and tumbling through space, bodies glued together by gravity and kinetic forces. Individual efforts to escape the “cloud” are attempted but futile.