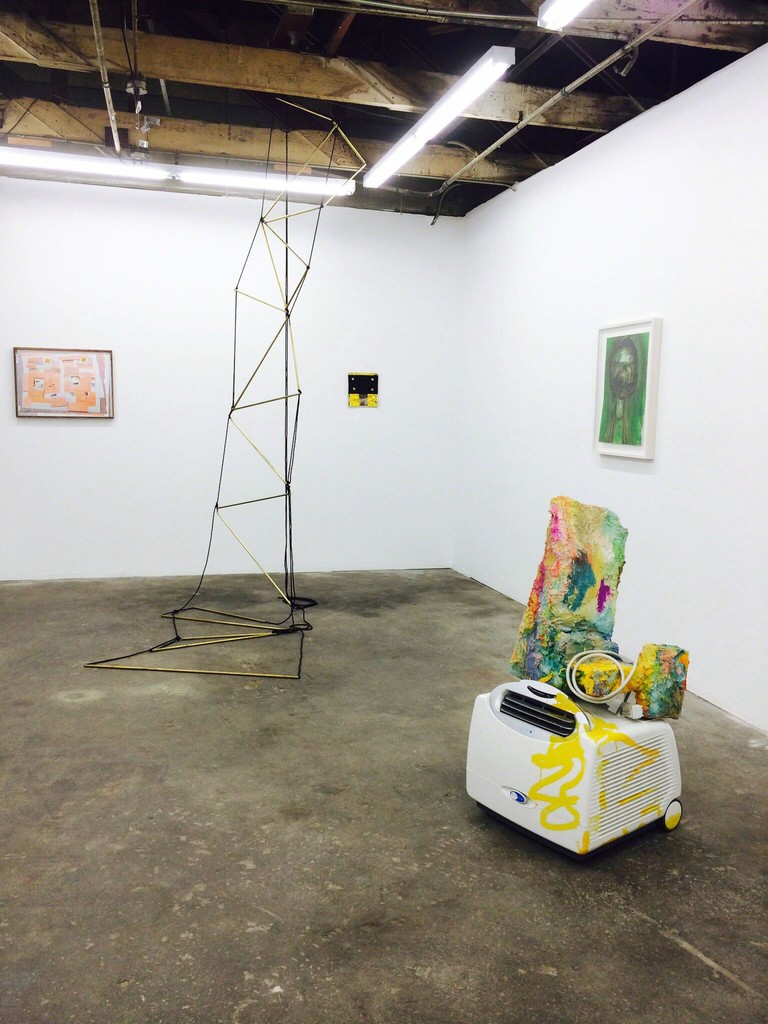 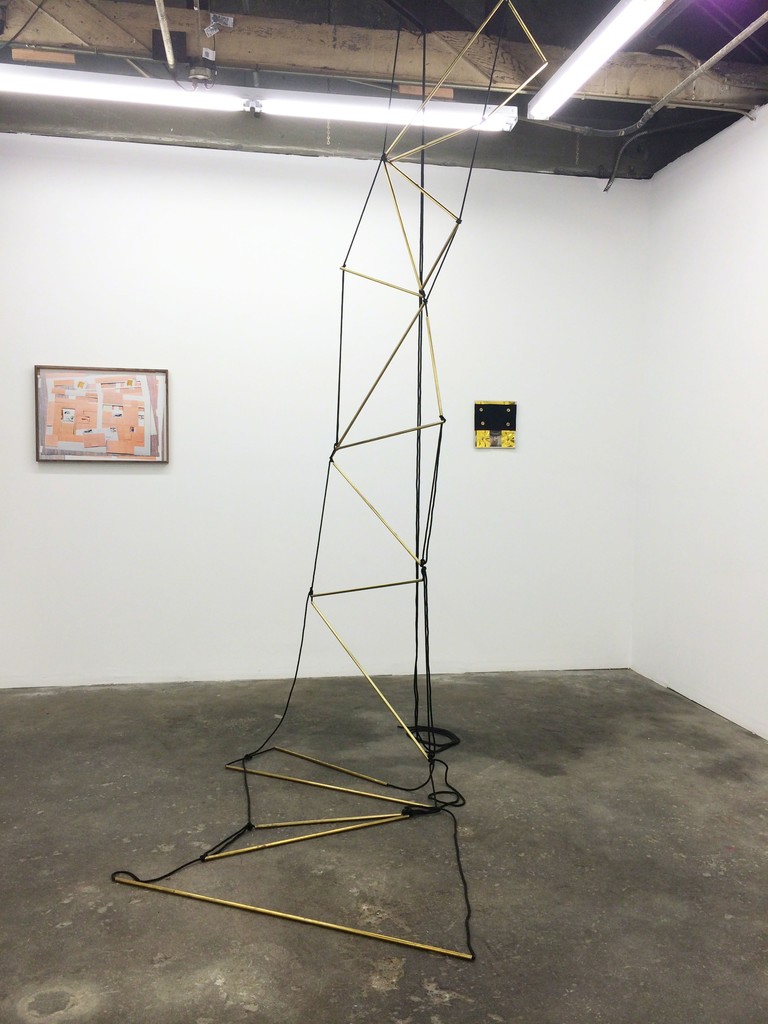 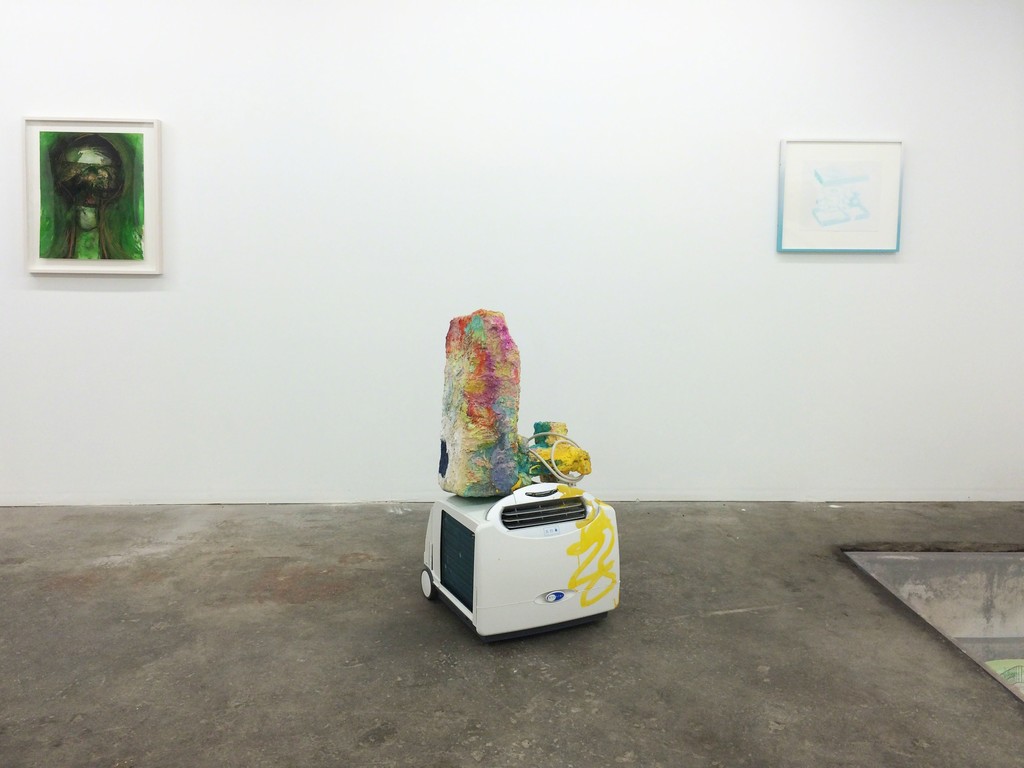 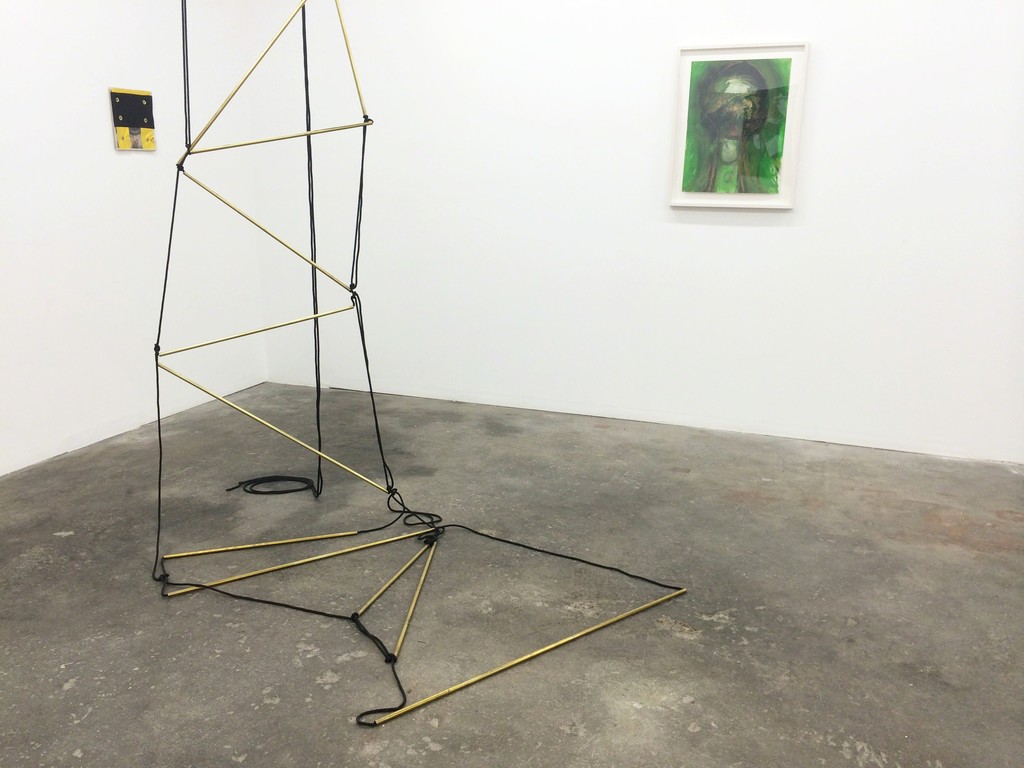 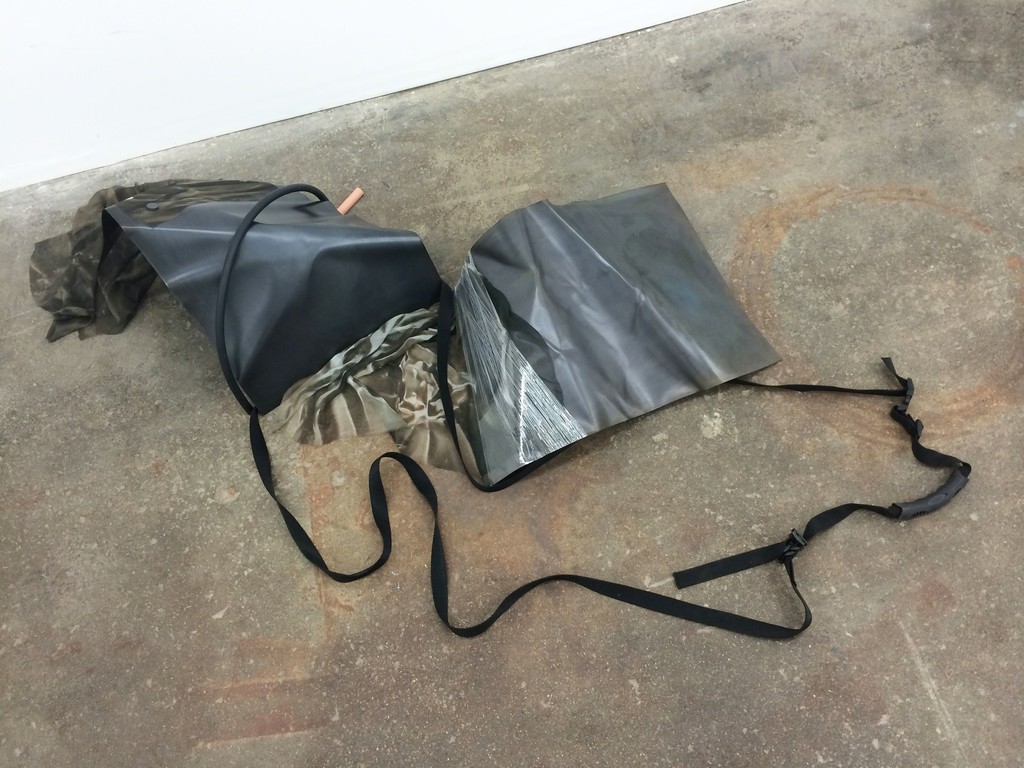 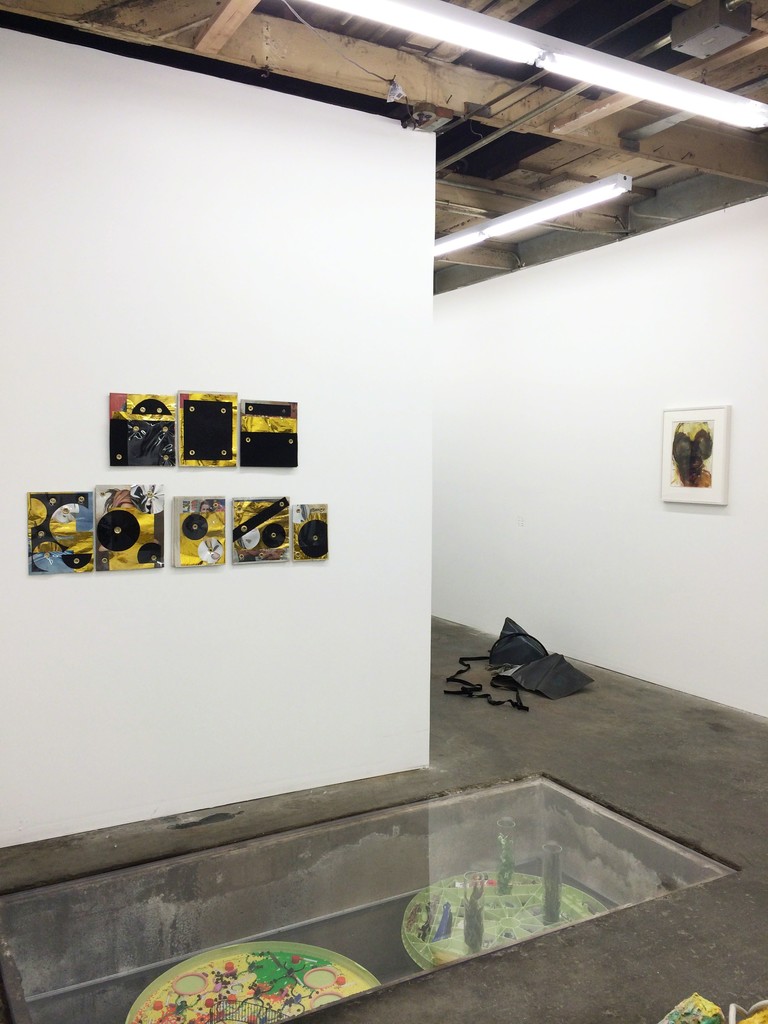 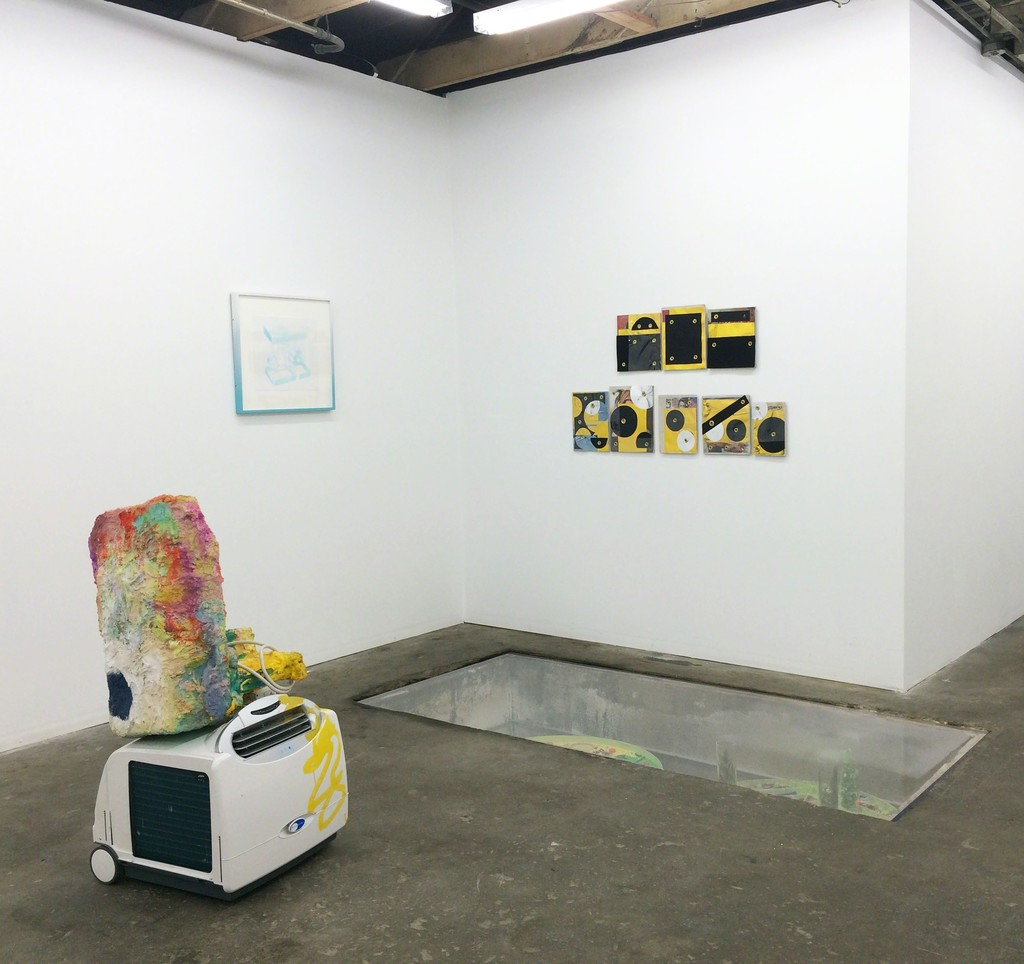 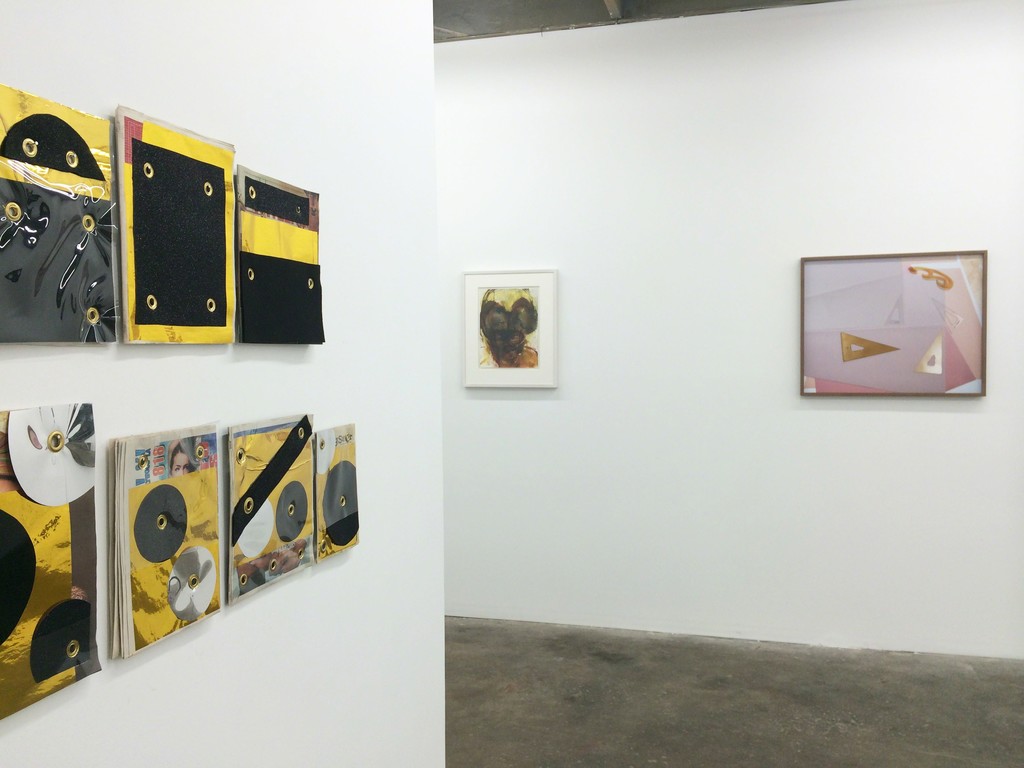 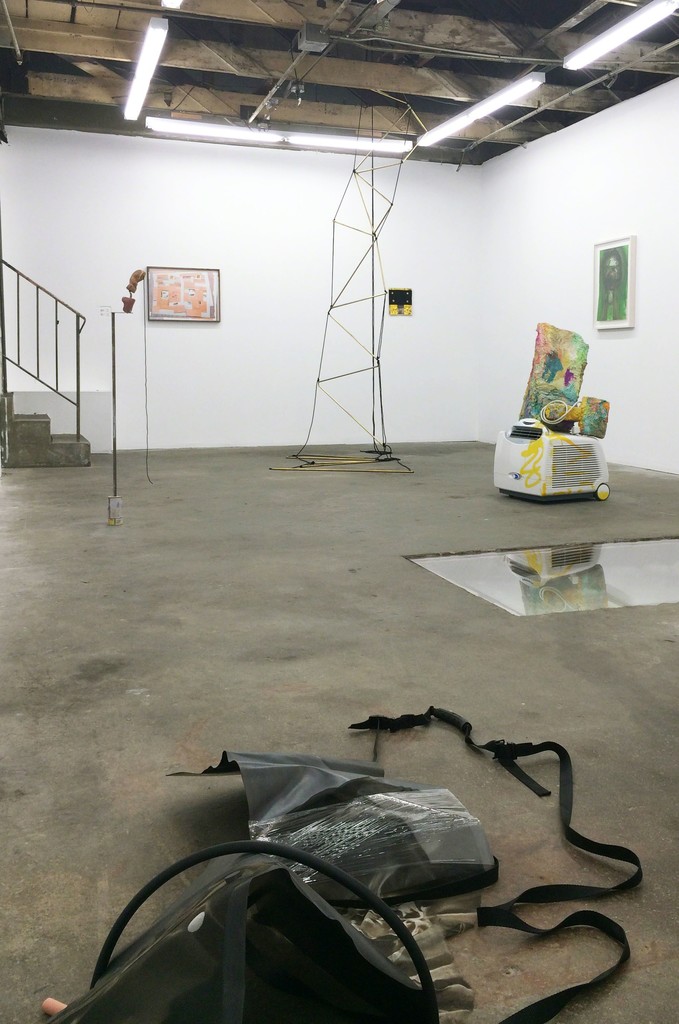 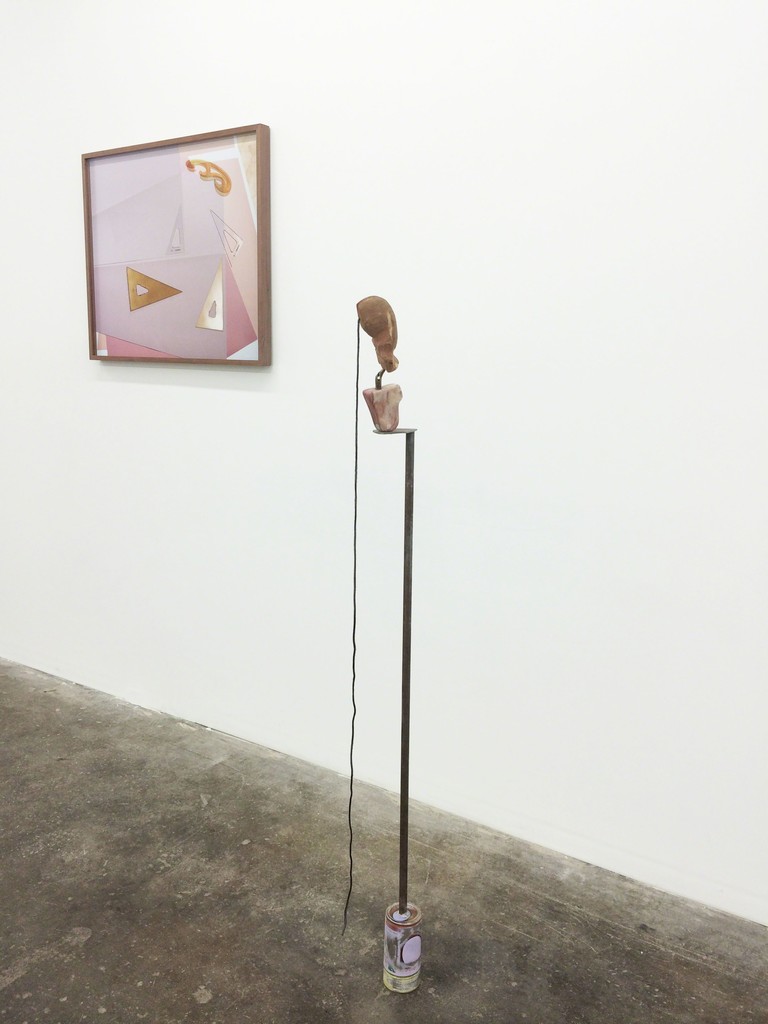 Spring is the mischief in me, and I wonder

If I could put a notion in his head:

'Why do they make good neighbors? Isn’t it

Before I built a wall I’d ask to know

What I was walling in or walling out,

And to whom I was like to give offense.

Mending Wall is the title of the latest exhibition at The Pit curated by Alexis Rose. This is the second exhibition in an on-going series put together by outside curators and artists at The Pit. Rose has selected a group of artists ranging from emerging to established from Los Angeles to New York. The exhibition takes its name and thematic inspiration from the poem by Robert Frost.

Frost’s Mending Wall (1914), is the story of the yearly meeting of two neighbors to restore the stone wall dividing their properties. The two characters have polarizing views on the wall – one questions its necessity, while the other is dedicated to the tradition. The poem deals with two central themes – barrier building / segregation (why do we put up walls, and what does a barrier really represent?) and the persistence of action amidst a flawed practice (the wall continues to fall apart each year, and yet they continue their annual meeting and mending of the wall). Like the poem, the exhibition explores concepts of construction, examination, oppositions, purpose, relationships, and repetition.

The artworks in the exhibition investigate borders and divisions in construction, often in a playful and humorous tone. The works echo the poem, as they all dissect and analyze the mechanics of construction. Many of the works see construction as a necessary, pervasive action, however flawed, and explore themes of persistence. Other works were created to specifically interact with the gallery space, inherently challenging the borders or “walls” of the object. Rose has incorporated the gallery space’s history and the concept of the “machine shop” as one of the major curatorial themes for the show.

The building the gallery is housed in was originally an auto mechanic’s shop in the 1930's. Later the building was split up into small spaces occupied by various businesses. The small bay that has been converted into The Pit was the first shop for the American Drill Bushings Company (now an international corporation) before becoming a working shop for a machinist (our landlord) for nearly 30 years until it was converted it into an exhibition space.

The artists chosen to participate in Mending Wall, Leonor Antunes, Alisa Baremboym, Huma Bhabha, Kate Bonner, Rachel Harrison, John Houck, Jake Kean Mayman, Ann Greene Kelly, Sean Kennedy, David Shull, all have artistic practices that revolve around dissecting, and analyzing the mechanics and functions of objects and some make very specific references to construction. The works resonate with the ad hoc, tinkerer mentality of the mechanic. These non-uniform works’ unity depend on clearly divisible parts. The artists presented are keenly aware of the hyper-mediated history of contemporary practice. However, they break past exhaustion or simple ironic awareness to a mode of production that embraces division as a method of working through essentialist anxieties.