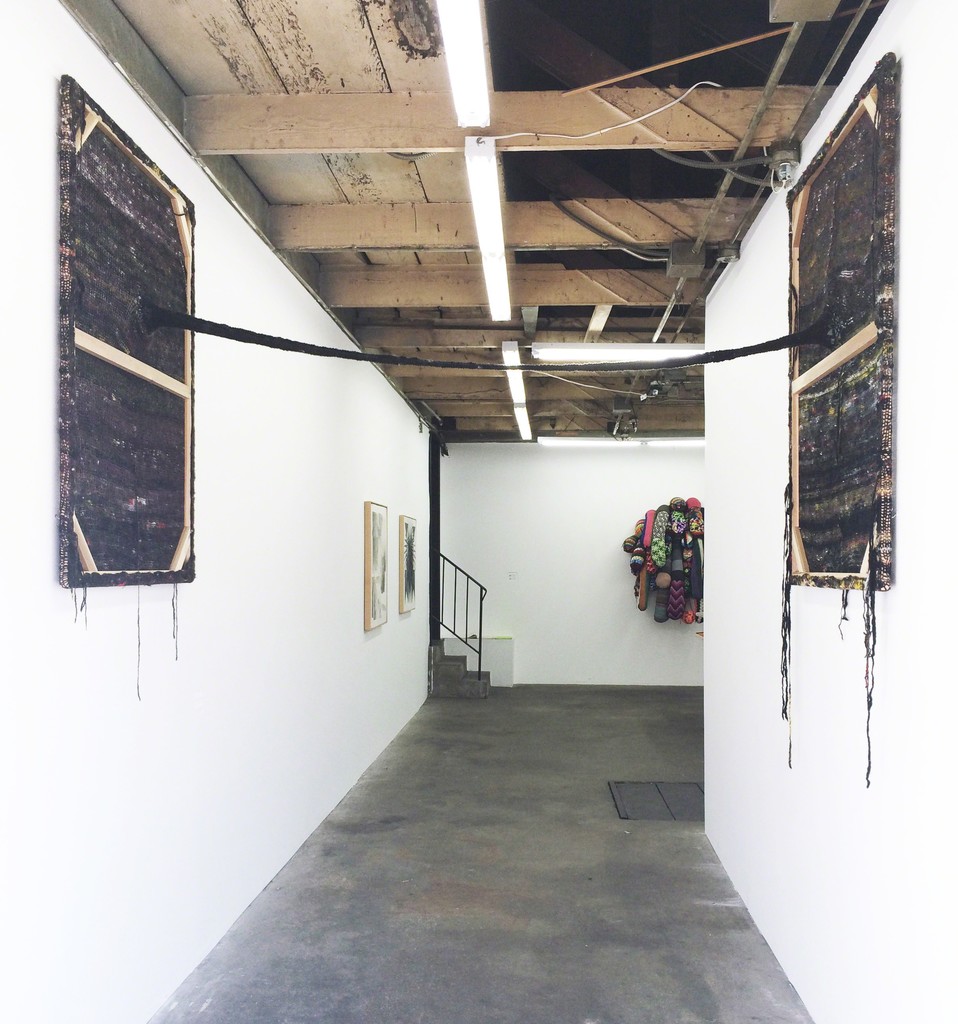 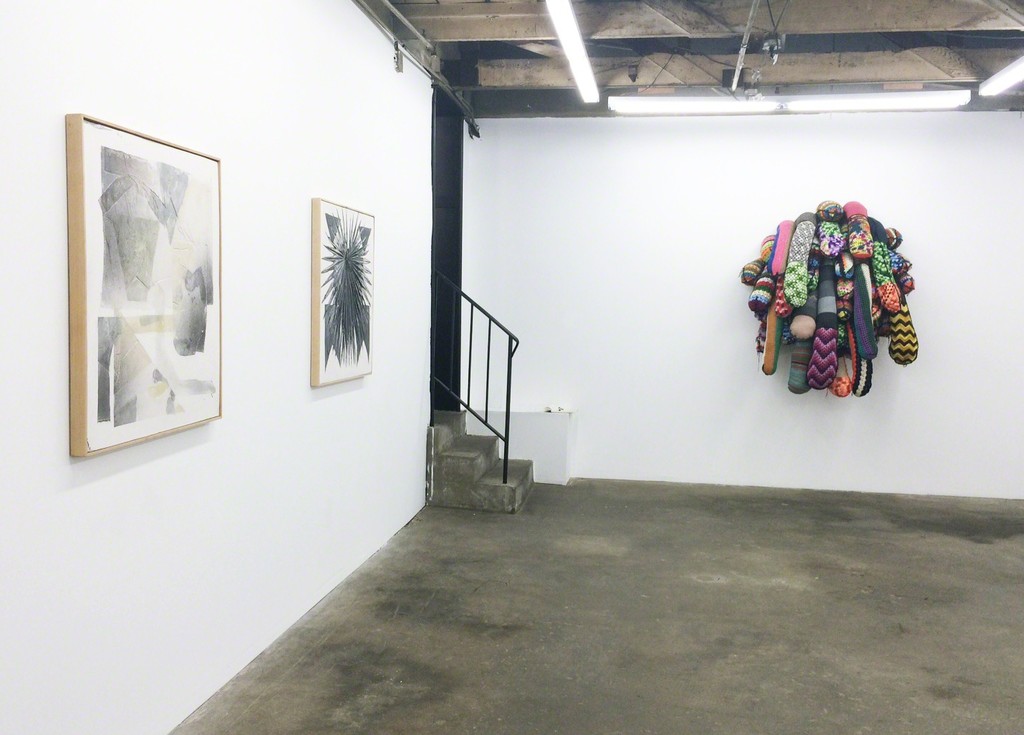 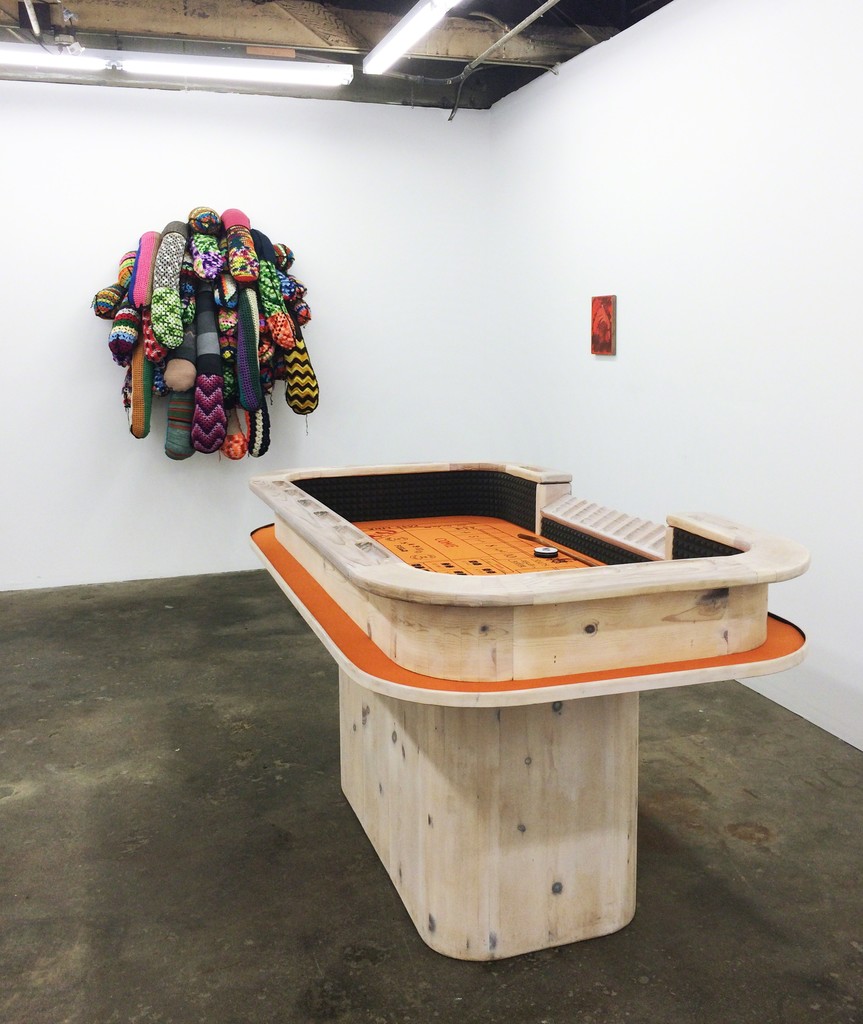 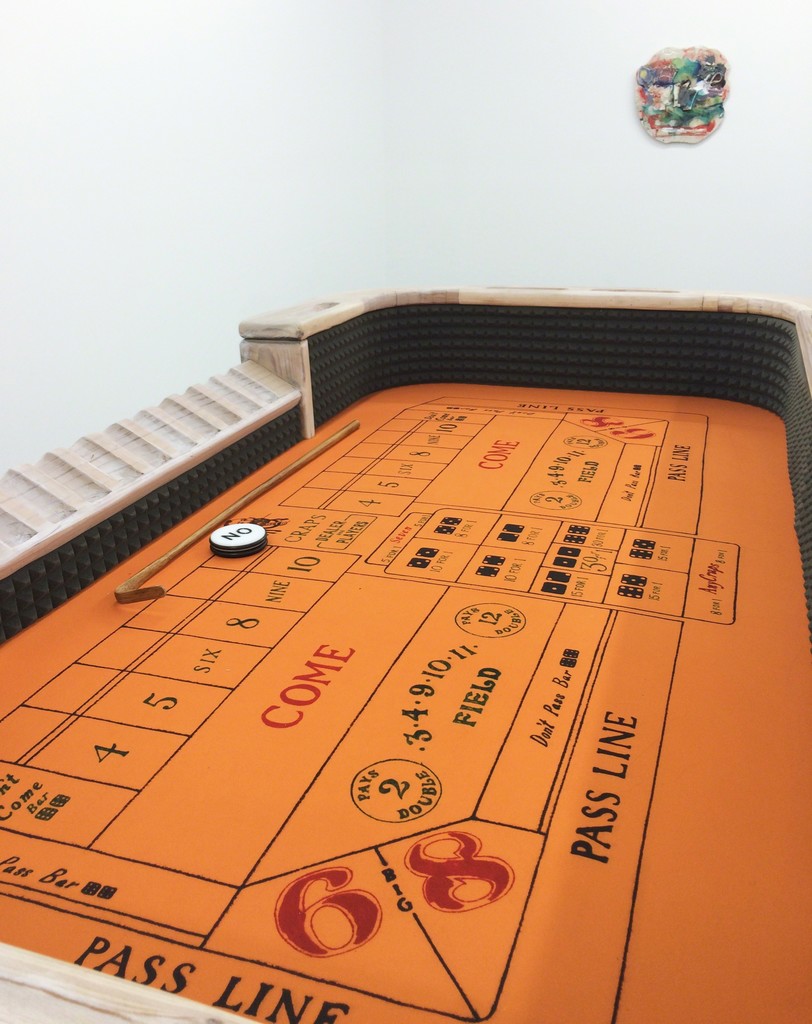 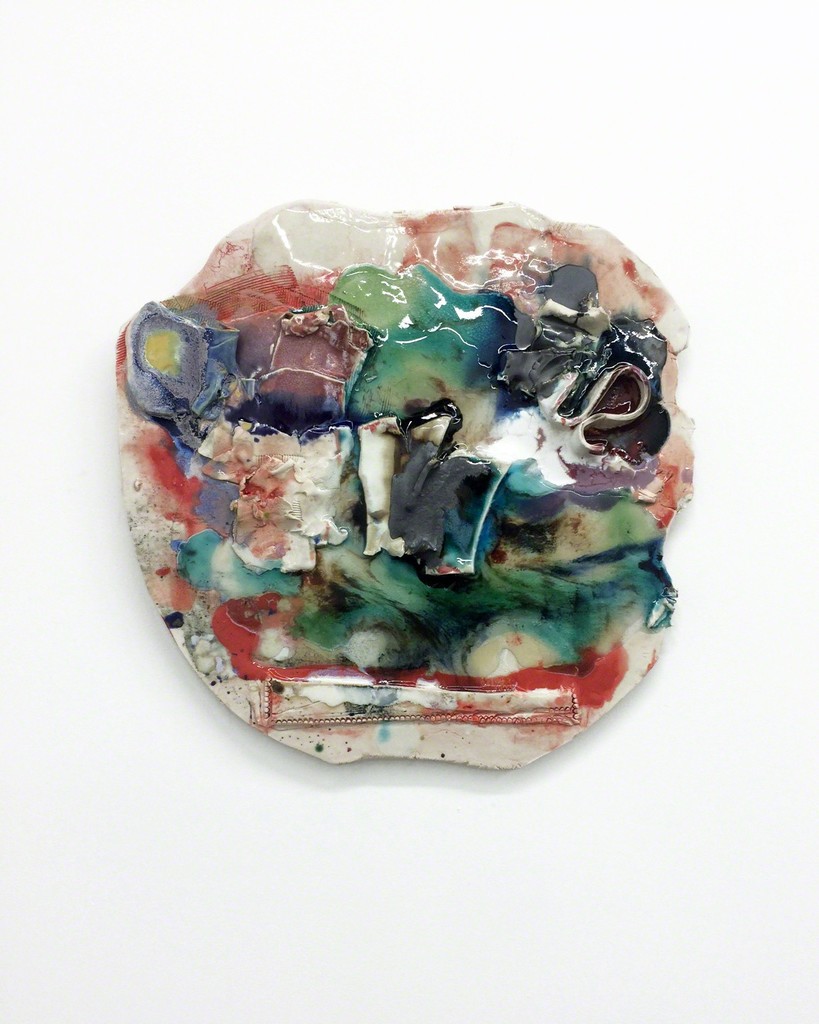 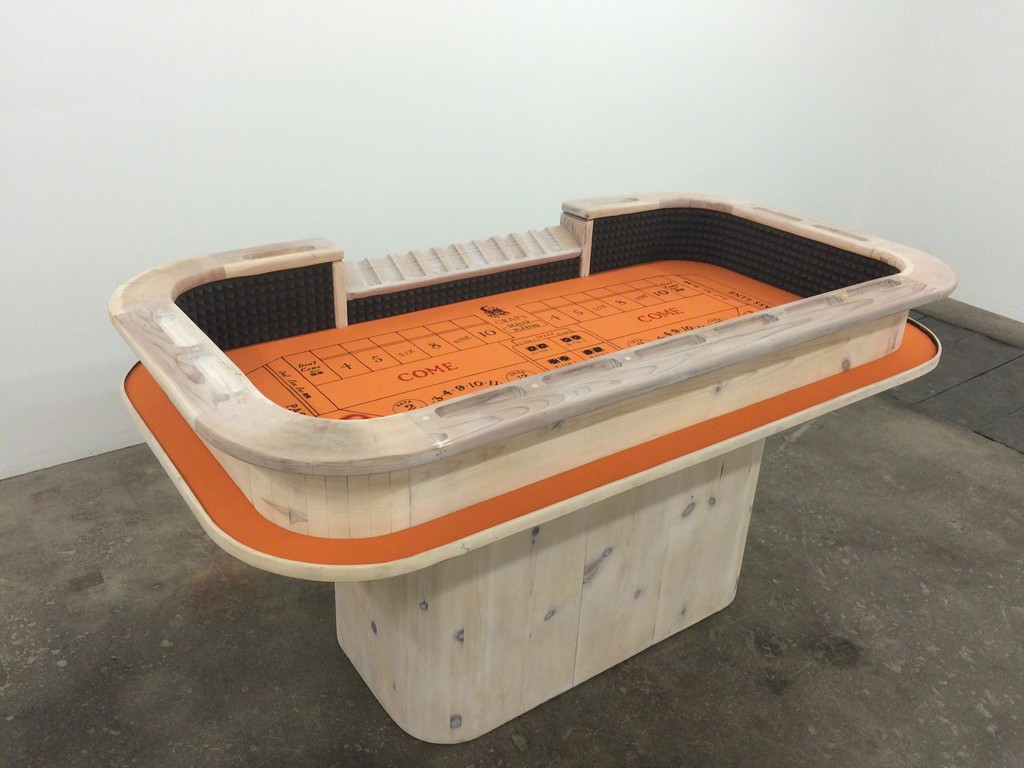 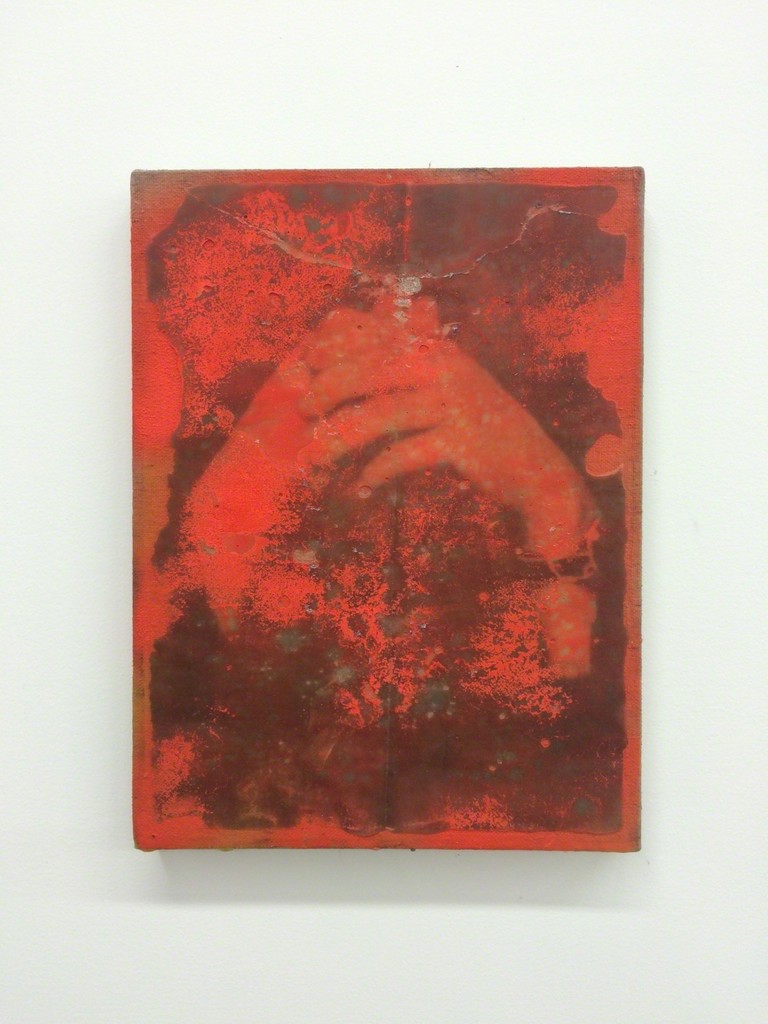 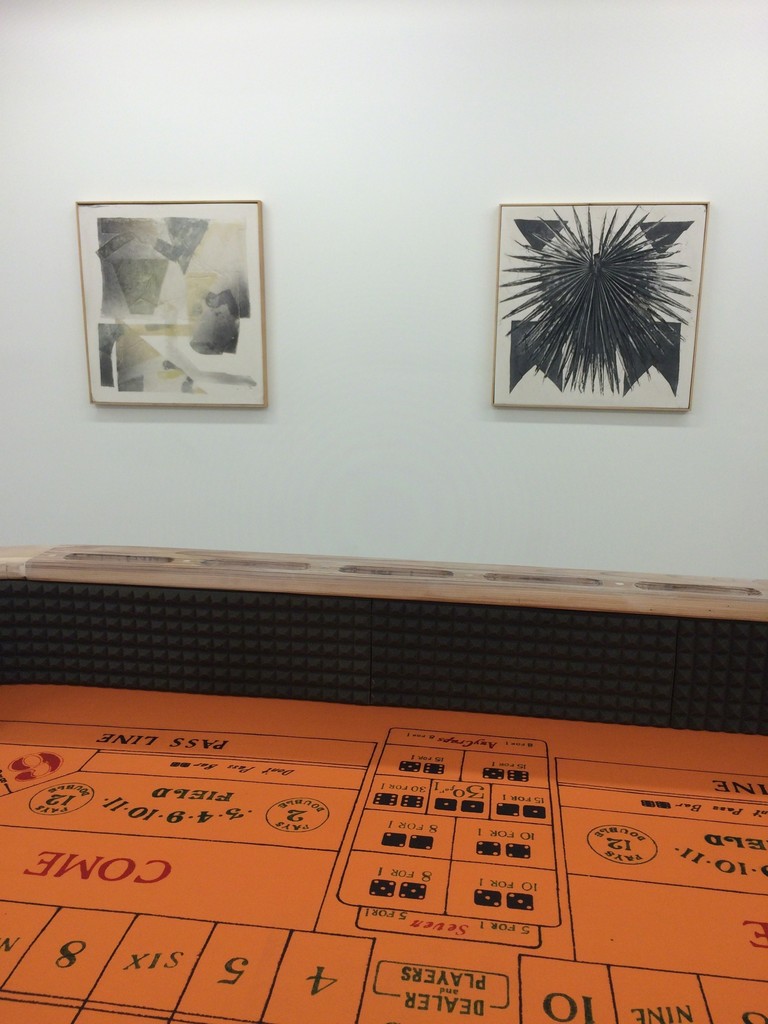 Excerpt from Figeater by Kate Wolf:

The Pit is pleased to announce When the Sun Hits an exhibition featuring 5 artists with works that blur the lines of sculpture, painting, collage, and performance. The shows features Miyoshi Barosh, Channing Hansen, JPW3, Jennie Jieun Lee, and Erin Morrison.

When the Sun Hits deals with themes of transition, mutation, and subversion with a playful and lighthearted tone. Several of the works explore ideas of personal freedom via outsider mentalities and desert culture. Miyoshi Barosh’s wall mounted sculpture comprised of thrift store sweaters have references to desert craft-art ala Joshua Tree’s “world famous crochet museum” which brings to minds ex-pats/hippies/bikers leaving the cities for a more isolated life in the desert. However, it also brings to mind a darker psychology reminiscent of Mike Kelly’s artwork in which soft and comfortable materials which are generally associated with familial comfort have been contorted into sinuous, bulbous fleshy forms similar to human phalluses or mother’s breasts.

The exhibition features artworks with slippery and transitory material groundings. Erin Morrison’s wall hanging pieces composed of Ultra Cal, a form of plaster, begin by arranging three dimensional objects on the floor to create a composition, after which the plaster is poured via a mold making process, then the found objects are removed creating a relief which serves as the ground for making a painting. Similarly, JPW3’s refurbished craps table began as a found object, then a wood working project, which morphed into an opportunity to make a custom printed felt taking on aspects of drawing/print making/painting, and finally will have a performative aspect as participants are invited to gamble on the table at the exhibition’s opening.

When the Sun Hits will be on view at The Pit from August 8th – September 20th. Opening reception on August 8th from 6-10pm. A limited edition Risograph zine has been created to accompany the exhibition with a short story by Kate Wolf. Copies are available at the gallery, and our online shop (www.the-pit.la/shop).