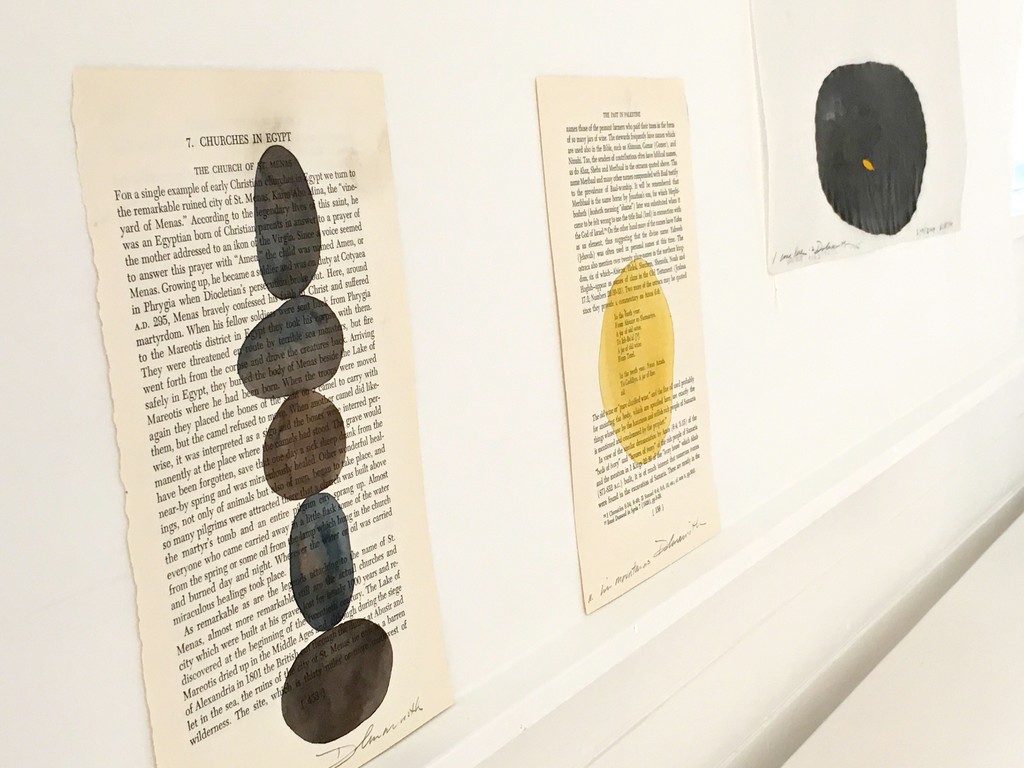 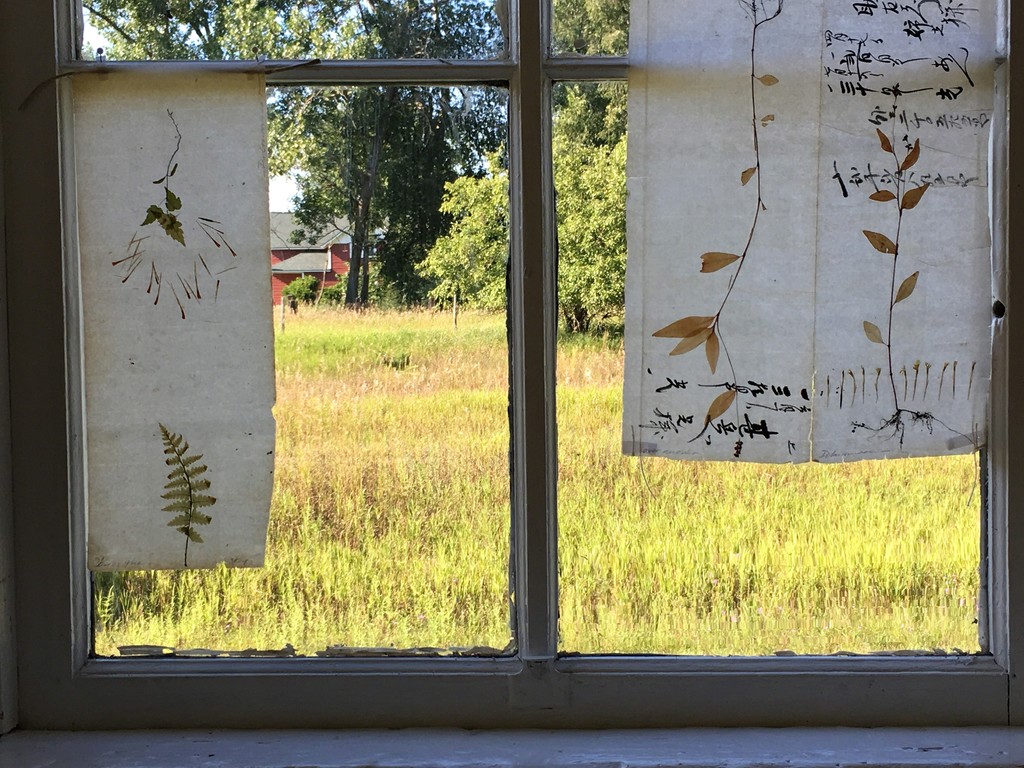 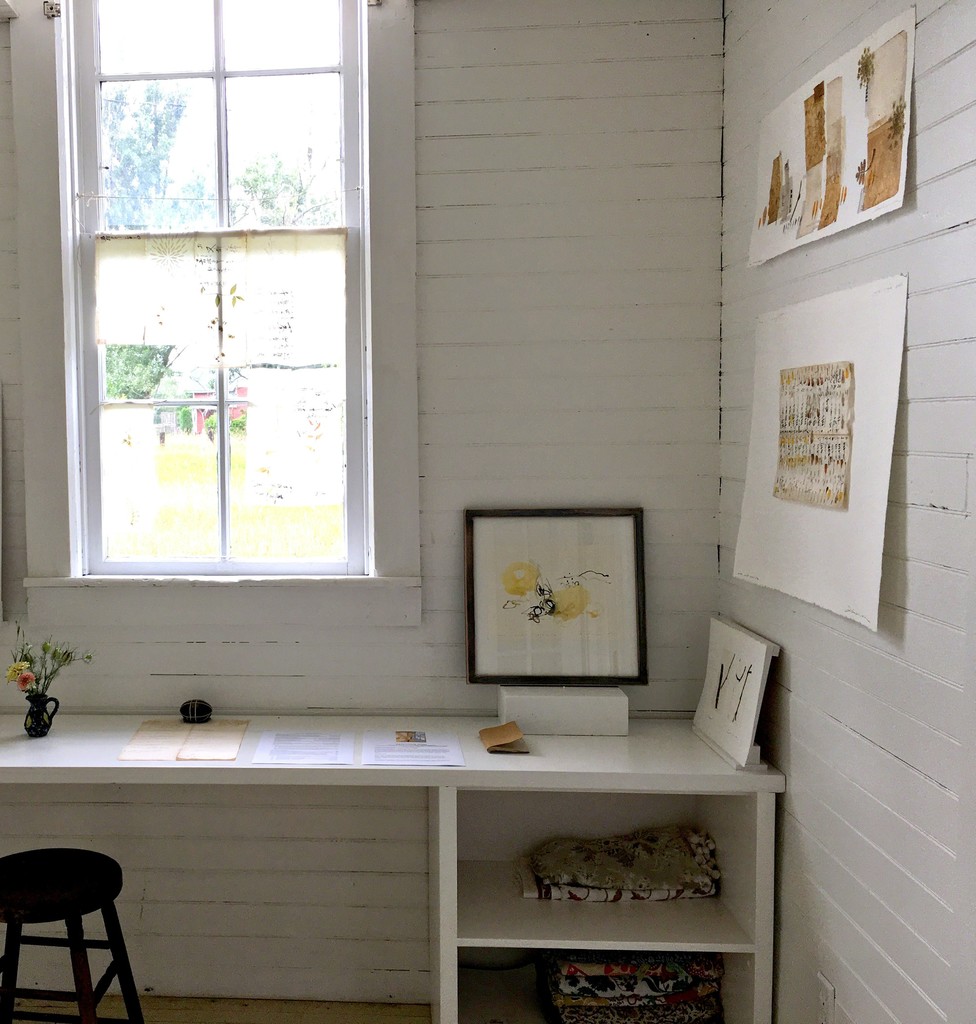 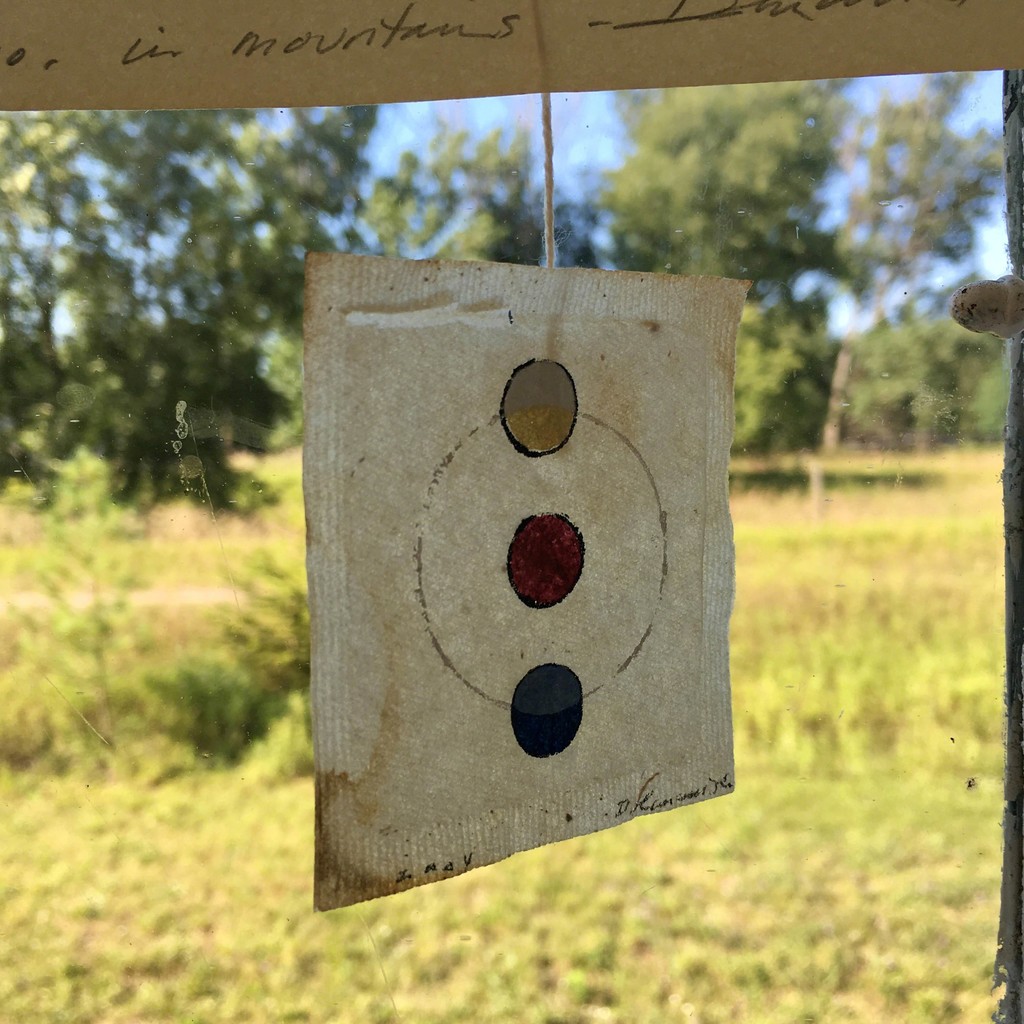 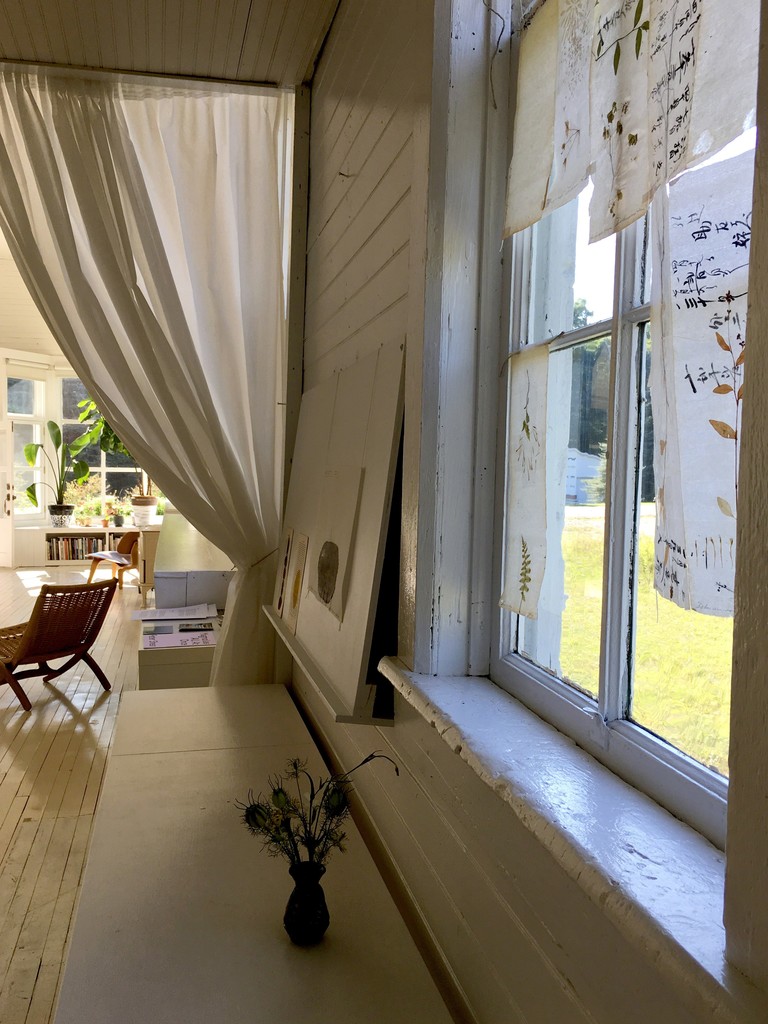 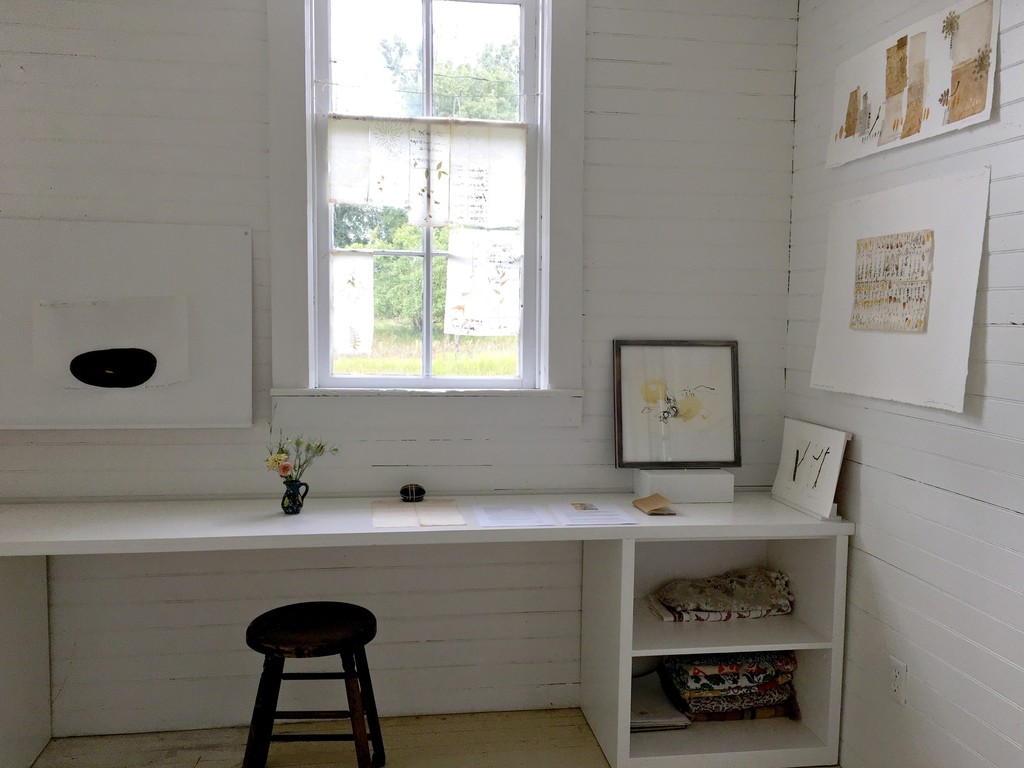 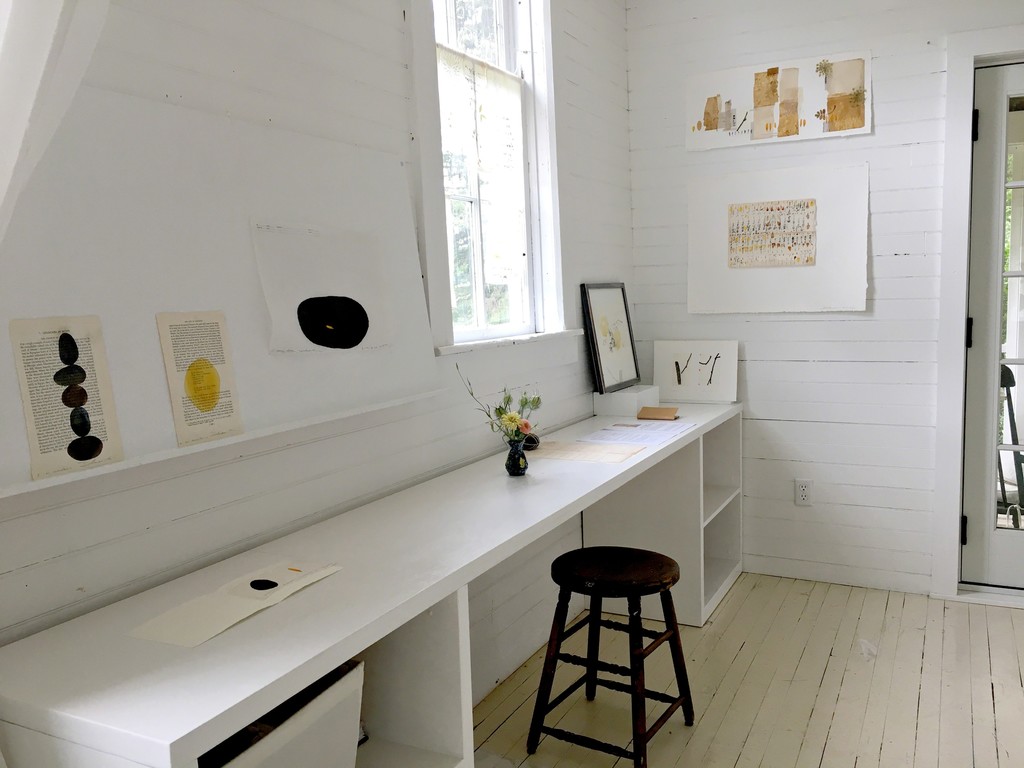 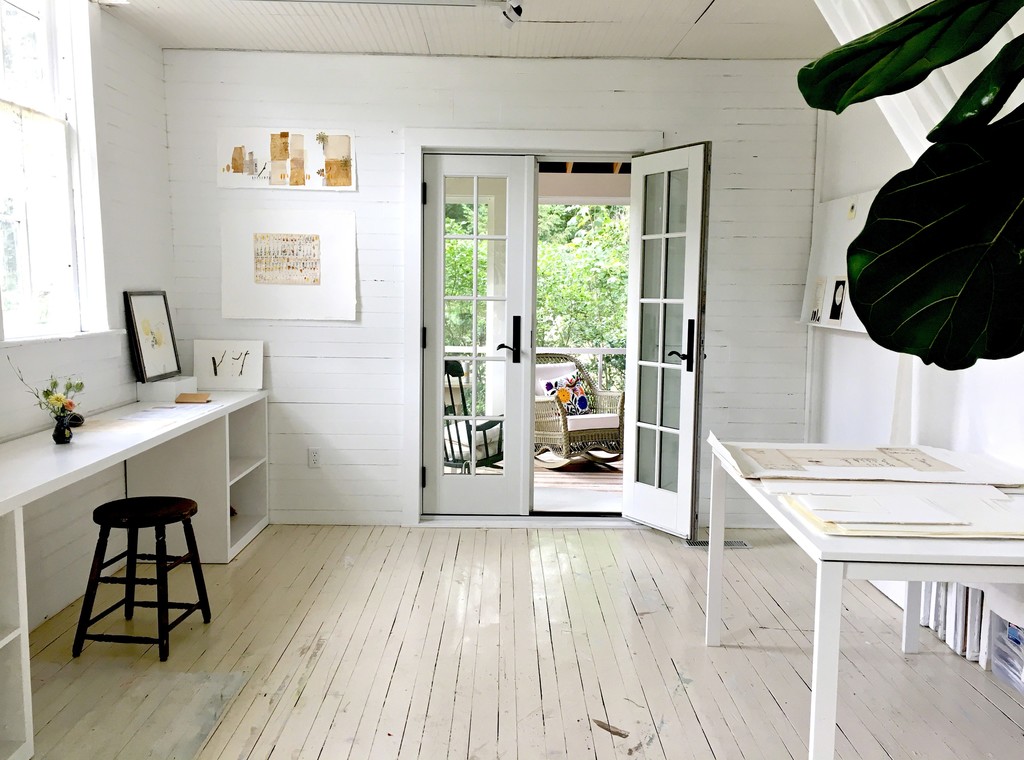 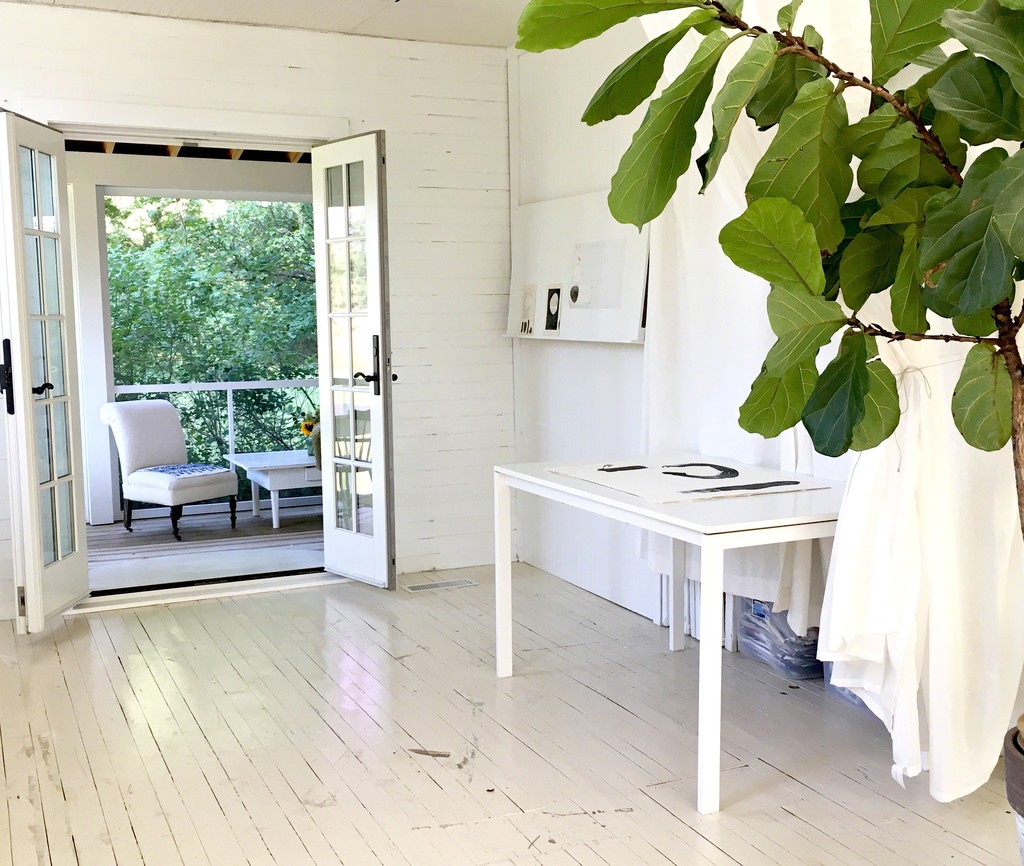 Rather than specimens for scientific study, the pressed flowers, leaves and grasses in Each Little Thing are marks, evidence of a hand. As delicate utterances, they record private moments, rituals, illuminations, and the process of becoming present to the sacredness among the small things of this world. This body of work emerges from an awareness of the threat of climate change and is a way of saying I was here.

Each Little Thing began with a conversation around a sequence of 56 poetic fragments written by Holly Wren Spaulding, about “this fealty / an ancient pull / toward what / I can’t forget”. Set in the mountains, the text considers “the old beauty I used to know,” and which can only be found through direct experience in Nature.

Over several months, Holly exchanged materials, books and ideas with artist Karen Dolmanisth, until Karen arrived at a series of works on paper that incorporate text from the poems, gouache, graphite, tape, and plant materials gathered while walking in the Berkshires of Massachusetts.