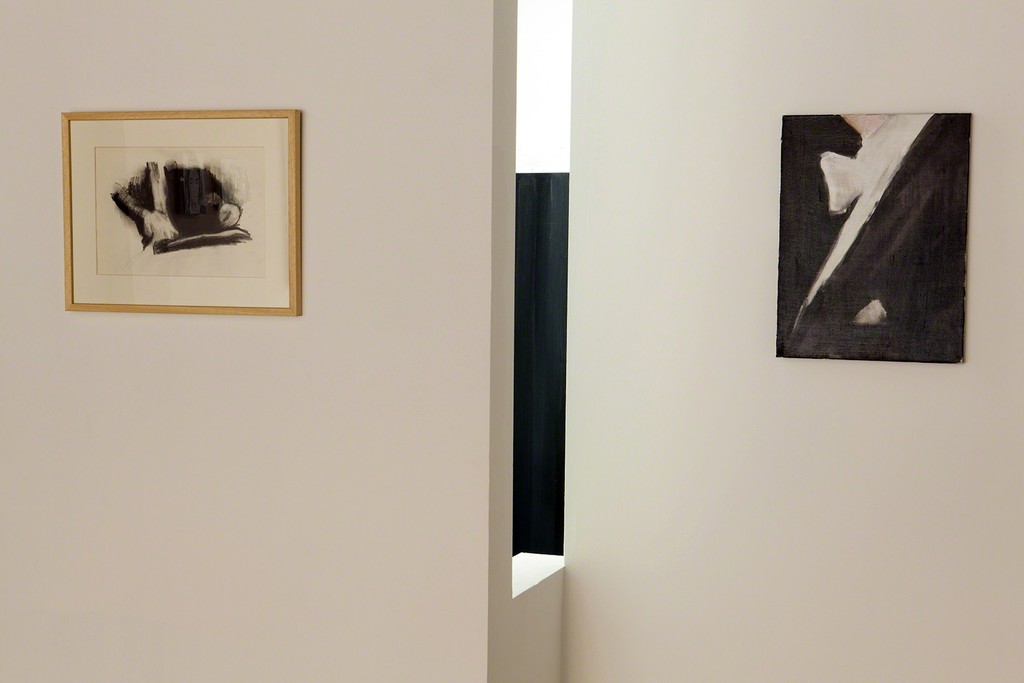 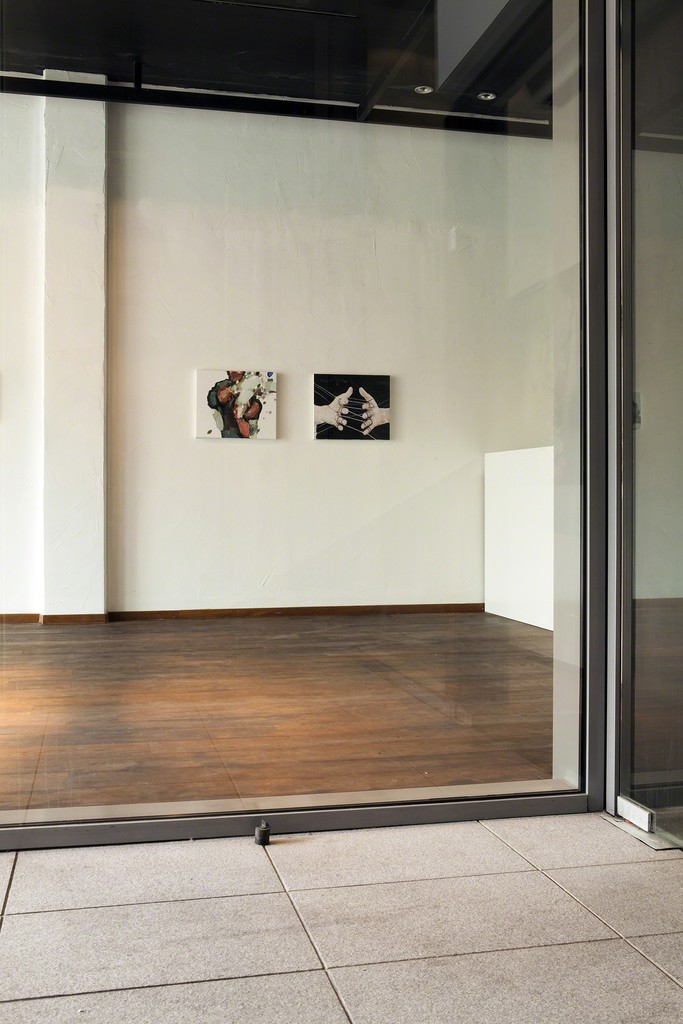 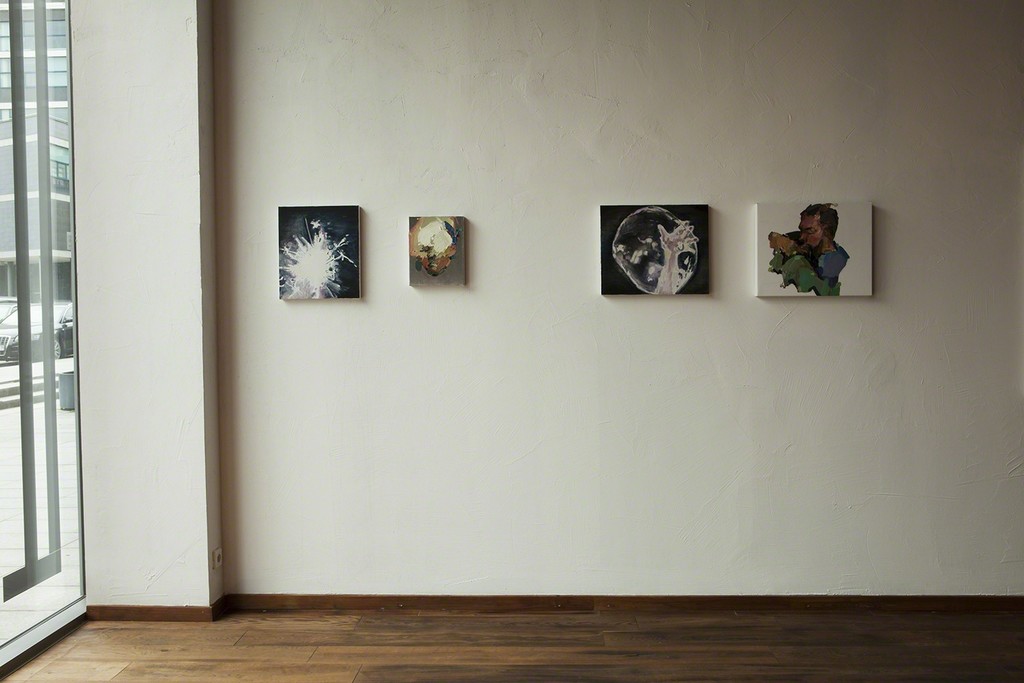 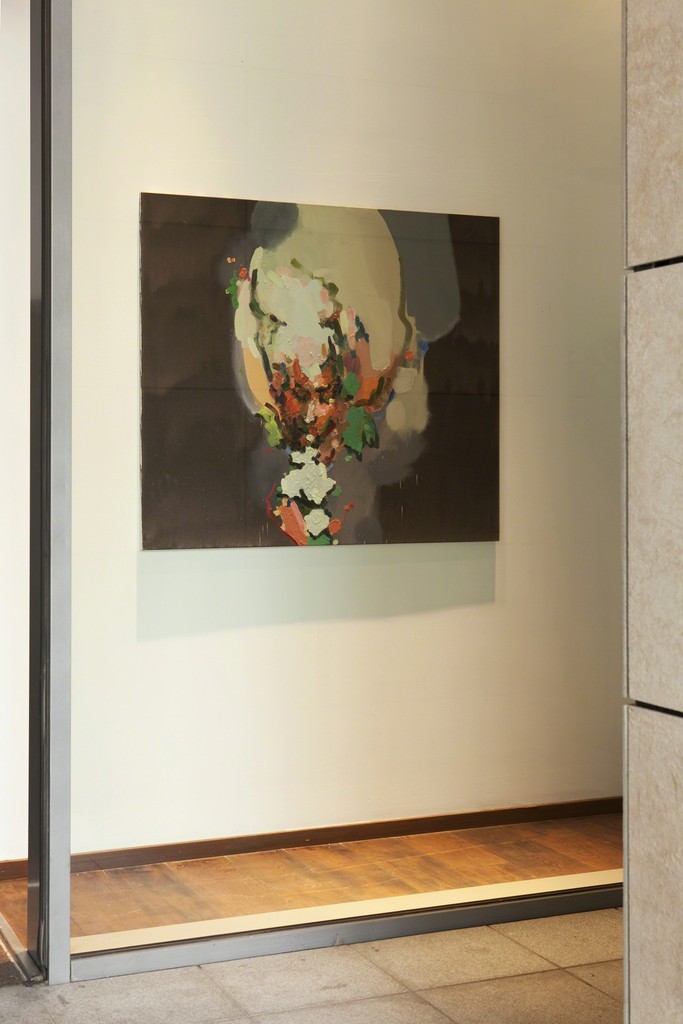 Collective works of art is quite a frequent occurrence in contemporary art. However, it is far more seldom that one can come across two painters working solo and painting a single picture. Particularly if they are two young painters – Andrius Zakarauskas and Kristina Ališauskaitė, who have joined forces to make a joint painting titled “Mindbuilding”.

Encouraged by the openness of Kristina Ališauskaitė’s works to interpretation, Andrius Zakarauskas initiated this cooperation and the untraditional method of work. In his canvases Andrius explores the possibilities of painting and tests its limits, questioning the long-established myths about artistic work. With Ališauskaitė’s sketch as a starting point, the canvas travelled from one artist’s studio to the other’s several times, and a touch of one artist inspired the artistic choices of the other. The creative process took place without any hints and common anticipation of how the final result should look like, without imposing limits on each other, without directing, and by leaving a lot of space for the unexpected. This kind of strategy could be compared to a conversation, in which nobody knows what the other will say, and the outcome, despite the expectations of the interlocutors, can only be guessed.

Thus, the creative work of two artists working individually and both having a unique, extraordinary and recognisable style has merged into a single work: Ališauskaitė’s minimalistic, thrifty and laconic work permeated with symbolism and psychologism, and Zakarauskas’s emotionally and pictorially expressive painting. A single picture contains the personal projections, intentions and emotional charges of two artists. Like the floors of a building, several layers of a narrative are superimposed in the painting – both the jointly created and the personal narrative coming from each artist separately. Moreover, the authors of the painting assert the openness and multivalence of an artwork, and invite the viewers to get involved in building the narrative of the painting by adding their own interpretations, memories and experiences to what they see. The title of the work “Mindbuilding” refers to the principle of both the creation of this particular work and the birth of any other work of art. This dialogic discussion-based creative strategy emphasizes the communicative aspect of the process and result of artistic work. An artwork here is a space for communication – both very direct and physically tangible, through sharing a canvas, and metaphorical, through an exchange of thoughts and ideas.

KRISTINA ALIŠAUSKAITĖ (b. 1984) is a painter of the young generation and an active participant in group exhibitions who has also held several solo shows. She is a finalist of the competition “Young Painter Prize”, and the winner of the audience award (2013). In 2014, Kristina received a state grant of the Ministry of Culture of the Republic of Lithuania. Her talent was acclaimed on the international art scene as well – in 2013, she became a winner of the international Saatchi Online Showdown Competition Painted Faces. Kristina’s name appears among the names of the artists included in the book 100 Painters of Tomorrow representing a hundred most promising painters of our times, published in 2014.

ANDRIUS ZAKARAUSKAS (b. 1982) studied painting at the Vilnius Academy of Arts. Since 2004 he has been participating in various group exhibitions in Europe and the USA, his works have been presented in prestigious galleries and contemporary art fairs. Since 2005 he has held several solo shows in Lithuania and abroad. In 2009 he became the winner of the competition “Young Painter Prize”. In 2011 Zakarauskas received a Young Creator Award from the Ministry of Culture of the Republic of Lithuania. The artist’s works are held in the collection of the Modern Art Centre in Vilnius and represented in the info centre of National Gallery of Art.