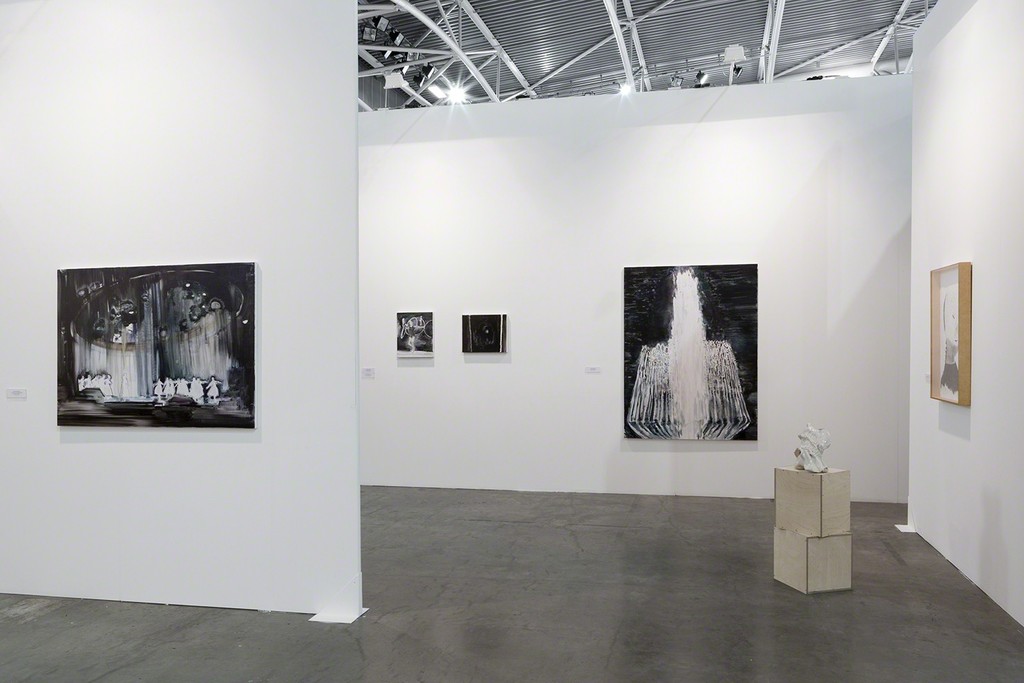 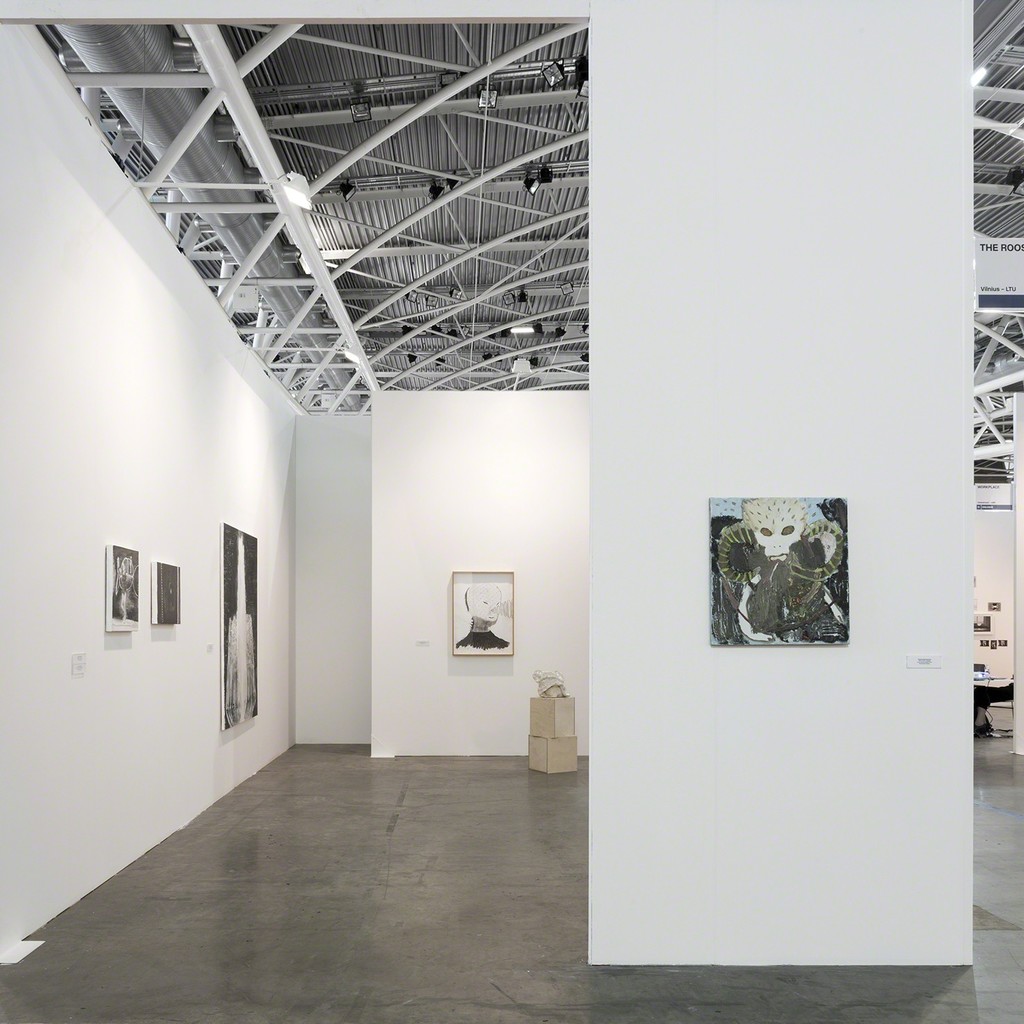 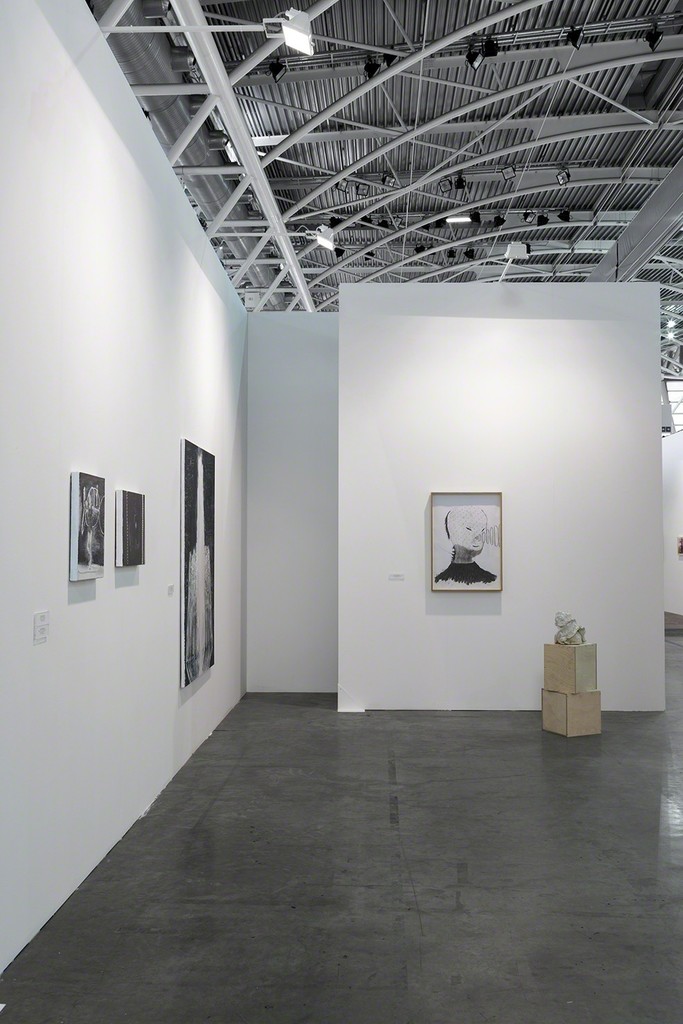 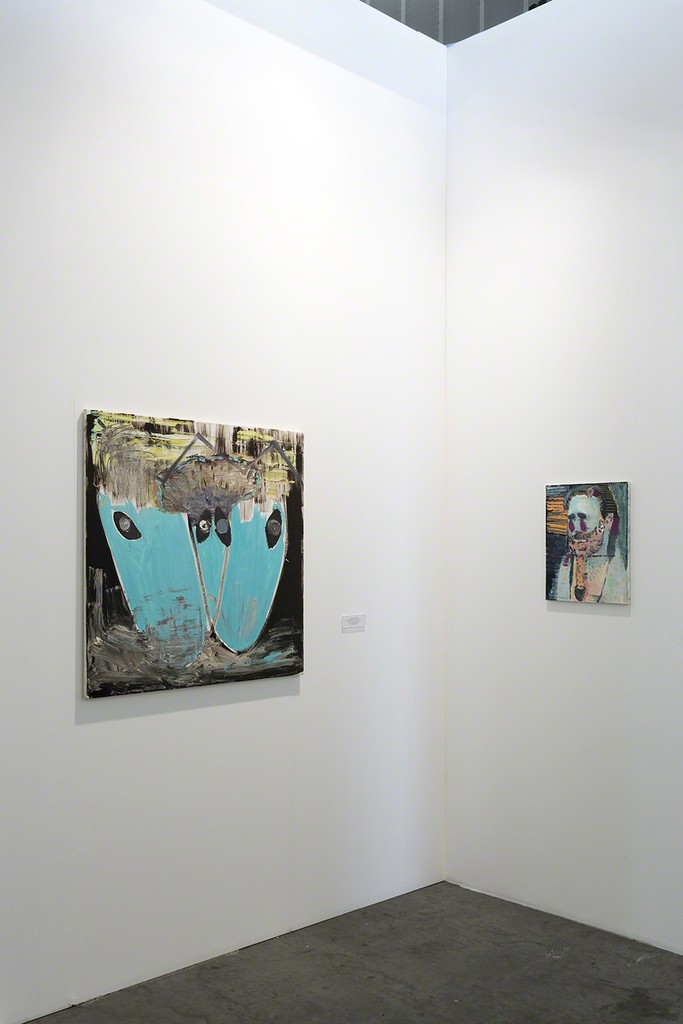 THE ROOSTER GALLERY AT ARTISSIMA
The Rooster Gallery, working with the youngest generation of Lithuanian artists, presents the works of two outstanding painters Adomas Danusevičius and Kristina Ališauskaitė.
Adomas Danusevičius’ artworks combine the insights of gender theory, political and confrontational aims with intimacy and personal narratives. One of the first to start exploring the topic of masculinity infrequently found in Lithuanian art, in his latest works (predominantly portraits) Danusevičius devotes special attention to the phenomenon of camp, which celebrates stylization, exaggeration, and mannerism. The artist uses the expression of camp to deconstruct the traditional images of masculinity and reveal their artificiality. Employing references to famous works of art, phenomena of pop culture and stereotypical images circulating there, he analyzes how an individual’s identity is constructed, created and imitated. In his works, painting more often is not only a tool for representation, but also itself is conceptualized as a medium – in other words, it not only represents camp, but also itself becomes an example of it. The artist’s interest in the possibilities of different means of expression and their interaction is testified by a series of sculptural ceramic objects that supplement the paintings.
In her work, Kristina Ališauskaitė also uses images of the human body and its parts (above all, the hands), but in her paintings, the human body loses its physicality. It performs the functions of a sign or symbol, and the painter employs it as an instrument to explore the broader problems of identity and psychology. Ališauskaitė’s works erase the boundary between the tangible and the imaginary, and balance in between cinematography, dream and reality. Time is very important in her work, and processuality and cyclicity is emphasized. Bodily actions and movements turn into symbolical rituals reflecting psychological states and various aspects of human, particularly female identity. Ališauskaitė’s paintings are minimalist from the viewpoint of both visual expression and content, and the narrative is conveyed through enigmatic hints. Thus, the painted scenes do not offer a concrete story but rather act as catalysts of emotions.
Danusevičius’ and Ališauskaitė’s paintings relate both visually (due to nearly monochromatic palettes of toned down hues and cropped compositions) and thematically. Both artists address the issues of human identity through the means of portrait, although concentrating on different aspects of it. Despite firm theoretical background, they both share highly personal, emotional and intuitive approach to their subject matter. So the works by the two artists complement each other and represent the current trends of the young Lithuanian painting scene.