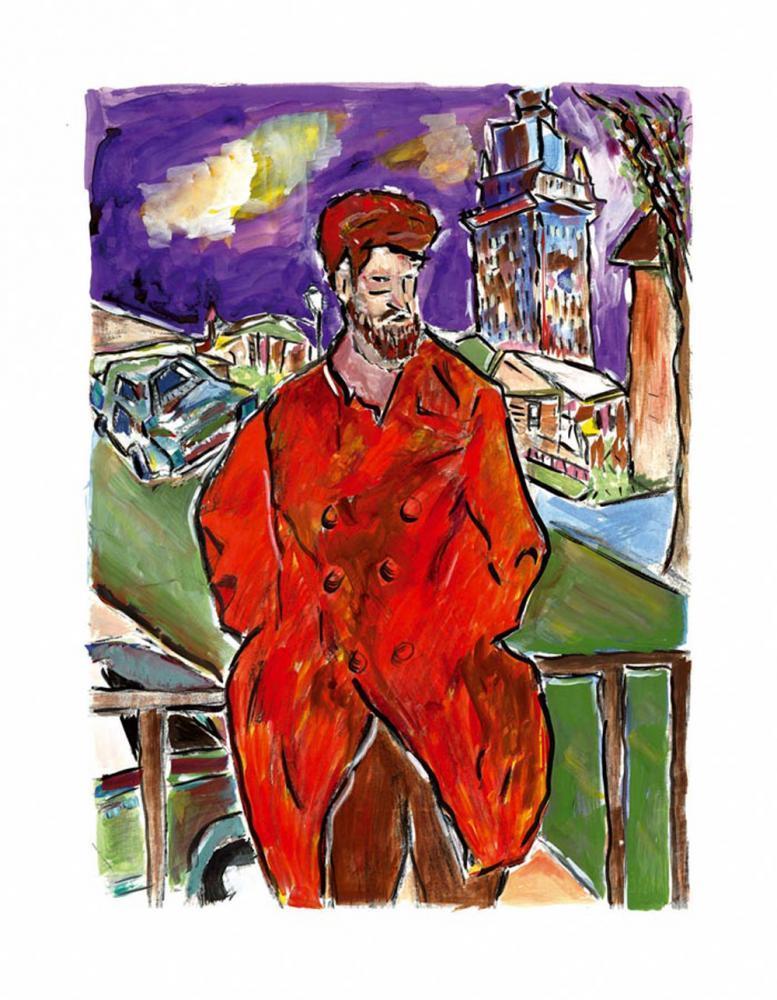 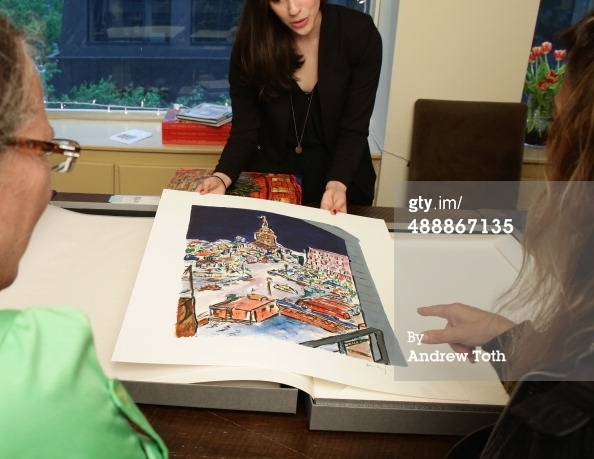 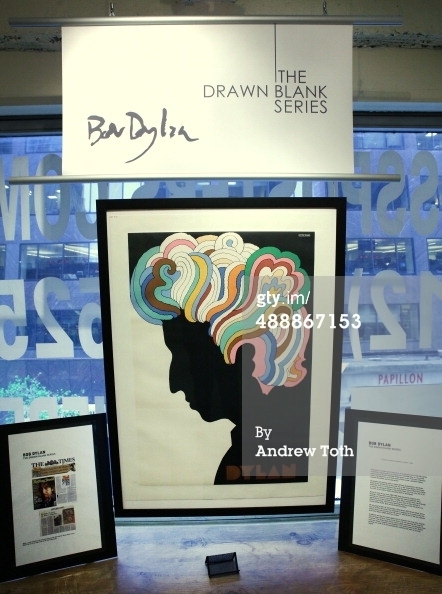 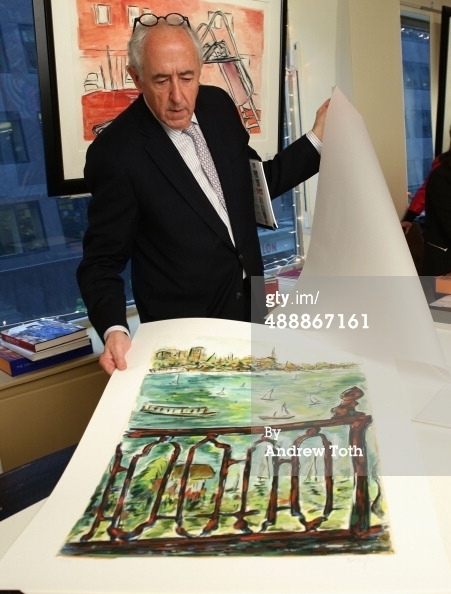 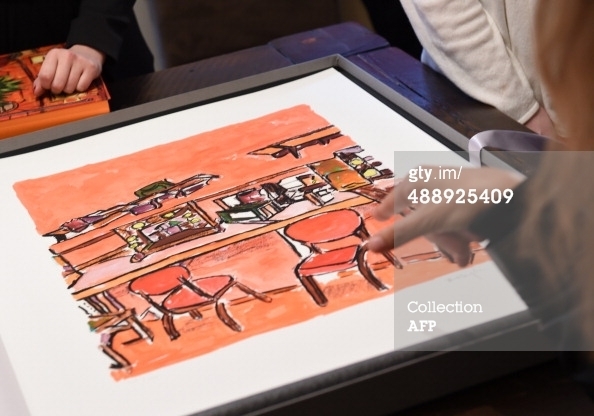 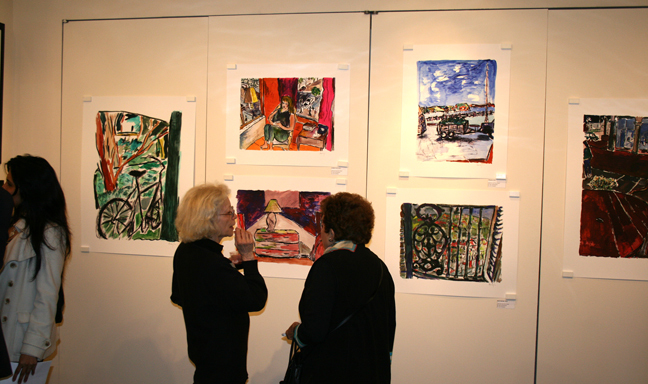 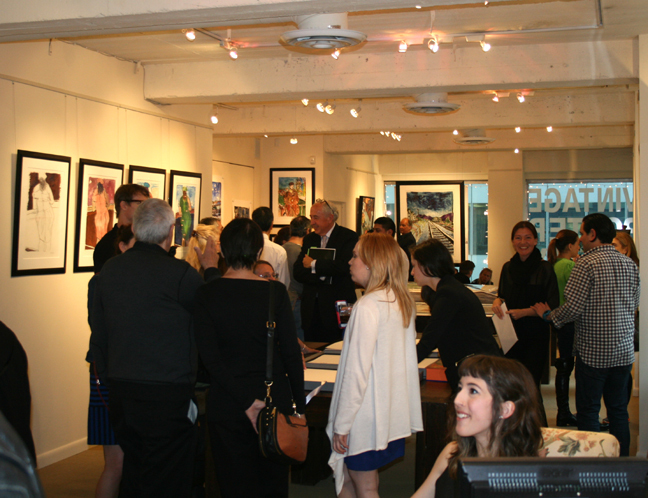 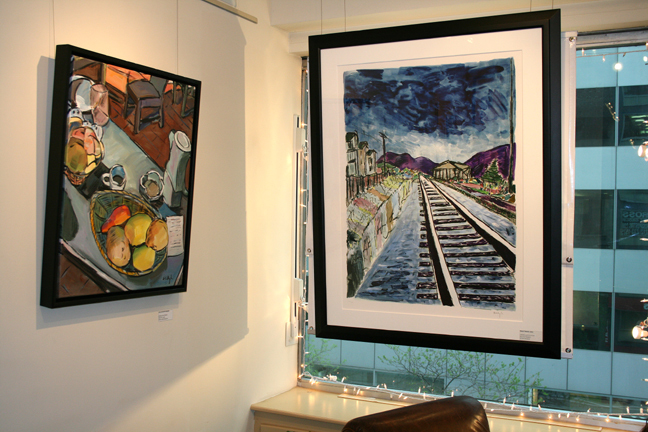 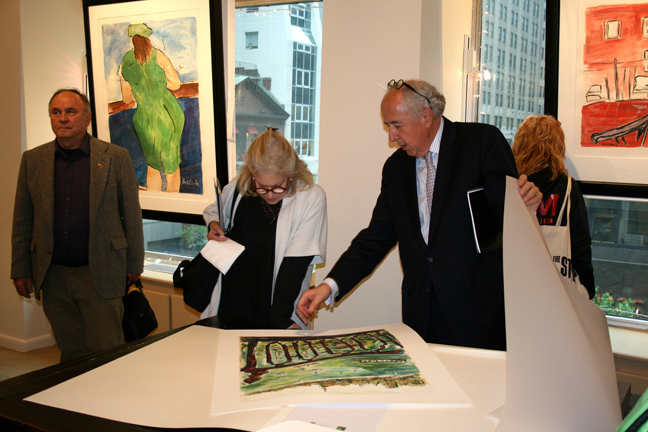 April 14, 2014
The Drawn Blank Series by Bob Dylan Launches with Opening Reception in New York City on May 8, 2014
The Ross Art Group, Inc., a Midtown gallery in business for over 18 years, will present an exhibition and opening reception of Bob Dylan’s artwork on May 8th, 2014 from 5pm to 8pm. The exhibition is being launched with the cooperation of the T.J. Martell Foundation. The Drawn Blank Series exhibition is being shown in the United States for the first time. While Dylan has been a committed visual artist for more than four decades, The Drawn Blank Series casts a vibrant new light on the singular creativity of one of the world’s most important and influential cultural figures.
Based on drawings and sketches made by Dylan while on the road during the period of 1989 through 1992, the paintings in The Drawn Blank Series visually echo the stylistic hallmarks of Dylan’s prose, poetry, and music. The Drawn Blank Series has resulted in a collection which is at once a significant independent achievement and a fascinating extrapolation of themes and images which haunt his music.
Bob Dylan has sold more than 110 million albums and performed thousands of shows around the world, in a career spanning five decades. Bob Dylan was recently awarded a special Pulitzer Prize for “his profound impact on popular music and American culture, marked by lyrical compositions of extraordinary poetic power.” In 2012, Dylan was awarded the Presidential Medal of Freedom by President Obama. Dylan’s Chronicles – Volume I, his memoirs published in October, 2004, was a world-wide best seller, spending 19 weeks on The New York Times Bestseller List. He was inducted into the Rock and Roll Hall of Fame in 1988 and the Songwriters Hall Of Fame in 1982.
On view at The Ross Art Group, Inc. beginning April 16th will be a selection of both original works on paper, as well as an impressive collection of limited edition graphics, signed by the artist.
The Opening Reception on May 8th, 2014 is being hosted in partnership with the T.J. Martell Foundation, the music industry’s largest foundation that funds innovative medical research focused on finding cures for leukemia, cancer and AIDS. The Foundation is a national 501(c)3 non-profit organization that was founded in 1975 by music industry executive Tony Martell and his colleagues in loving memory of his son T.J., who died of leukemia. The Foundation has provided more than $260 million dollars for at top research hospitals in the United States. A portion of the proceeds of the Opening Reception’s sales will go directly to the Foundation.
Situated in the heart of Midtown Manhattan at 532 Madison Avenue (at 54th St) 4th Floor, The Ross Art Group specializes in fine art, vintage advertising posters, and custom framing. Please join us at the event on May 8th from 5-8pm.
Below, please find a selection of quotes about Bob Dylan, and the works that will be on view at The Ross Art Group:

“If it pleases the eye of the beholder…There’s no more to it than that, to my mind. Or even if it repels the eye. Either one is fine.” – Bob Dylan, as quoted in The Evening Standard, London
“In Bob Dylan’s extraordinary collection of paintings, “Bob Dylan: The Drawn Blank Series,” we are given insight into the expressive, unvarnished way this artist approaches the world and reminded he is that rare person who can move effortlessly between music, word, ink, paint, as if he’s just futzing around with a few different instruments in the studio. Yet again and again, he reflects life back to us with a truth and simplicity that defy words.” – Marisha Pessl, The New York Times