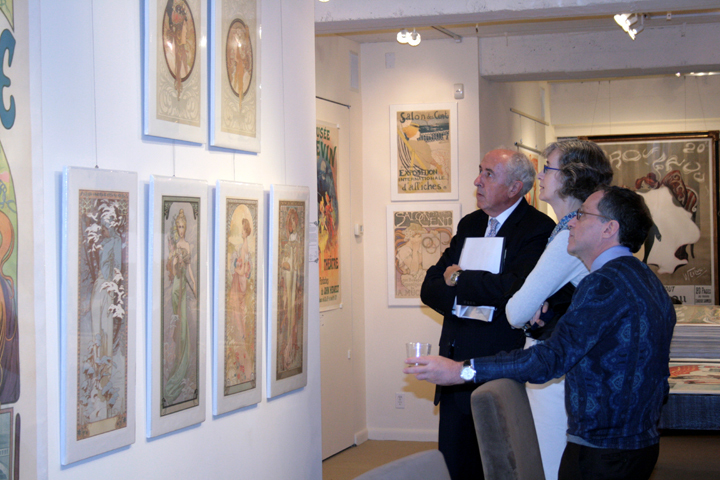 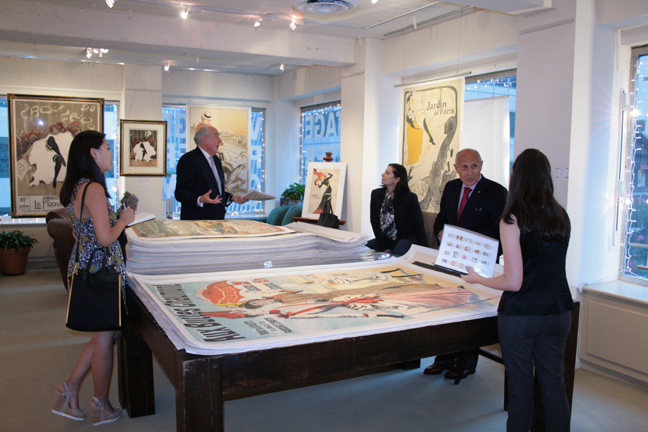 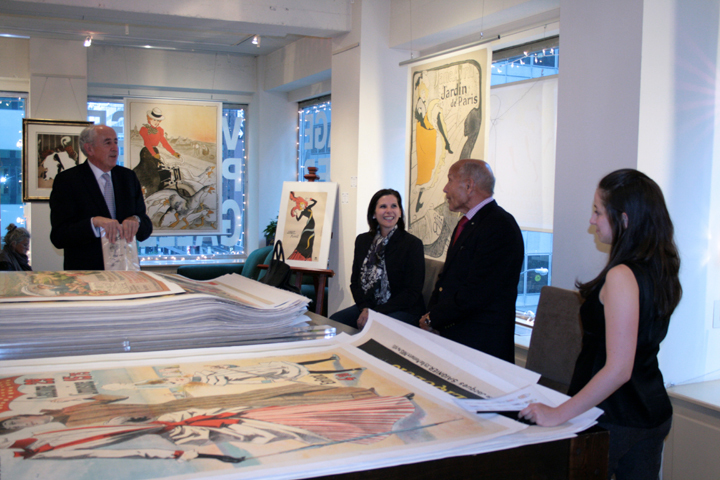 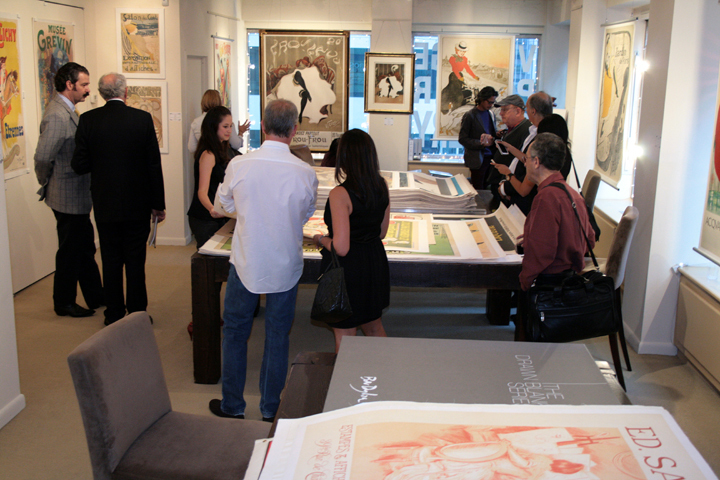 New York, New York – (September 10, 2014) – The Ross Art Group, Inc., a Midtown New York gallery has announced more very rare vintage posters to be added to the exclusive “In the Beginning” limited time vintage poster exhibition to take place Thursday, September 18th through Saturday, October 18th. A special VIP preview for media and invited guests will take place on the very first day of the exhibition, Thursday, September 18th beginning from 5-8pm. Collectors will have the unique opportunity to purchase the artworks during the exhibition.
In addition to those works previously announced, which includes the coveted Jane Avril Snake Girl piece previously featured at MOMA, the retrospective will also feature more extraordinary works by Henri de Toulouse Lautrec including May Belfort, who was represented in at least ten of his pieces and who gained a reputation for corrupt innocence by appearing onstage as a baby holding a black kitten in her arms while she “meowed” her popular song “Daddy Wouldn’t Buy Me a Bow-Wow.” Belfort was in an openly lesbian affair with an English woman at the time and liked to tease her audiences as such.
Also highlighted will be Lautrec’s Salon Des Cent which features a young woman whom he discovered in Cabin No. 54 on his voyage from Le Havre de Bordeaux on the steamer Le Chili in 1895 and who he was subsequently fascinated by her beauty. It is not known if Lautrec ever met the woman who is subject to this outstanding vintage poster art.
Also a Jane Avril – Jardin de Paris is another rare piece by Lautrec which was used to advertise Jane Avril’s appearance at the Jardin de Paris, a new café on the Champs Elysees in 1893.
The highly collectible Alphons Mucha will be featured with the previously announced third set of The Seasons of 1900 and now his Salon Des Cent 1897 original poster. This rare poster was created for his very own exhibition at the Salon des Cent where he drew a life-like girl with a twinge of homesickness with a decidedly Slavic face and regional bonnet. The girl featured in the poster is adorned with daisies – a symbol of the Moravian fields where Mucha spent his youth. Other highly collectible original pieces from Mucha include Bieres de la Meuse, where a jovial beer drinker has her long flowing tresses adorned with some appropriate beer ingredients, including barley stalks and green hops and Byzantine Heads with Scroll-Brunette and Byzantine Heads with Scroll- Blonde, which portray Mucha’s mastery in creating two archetypes of the female form against a decorative background. Both women in each piece are portrayed in profile and have their heads decorated with beautiful jewelry. These two pieces also portray, for the first time, the perfect form of Mucha’s often-used motif, circle framing the head.

The “In the Beginning” exhibition offered at The Ross Art Group will afford collectors, art aficionados, fans and historians a chance to experience and purchase posters from a period of time which exemplify unprecedented imagery, storytelling and art from the beginning of the era of the modern poster.
The opening reception of the exhibition will take place on Thursday, September 18th from 5pm to 8pm. The Ross Art Group is situated in the heart of Midtown Manhattan at 532 Madison Avenue (at 54th St), 4th Floor and offers full design services, in additional to custom framing of all types of art. Their full collection of Original Vintage Posters can be found online at: www.rossartgroup.com. To RSVP for the reception or confirm media coverage please email [email protected] or [email protected]. Media is invited to email or call the press contact for advance showings and interviews on-site.