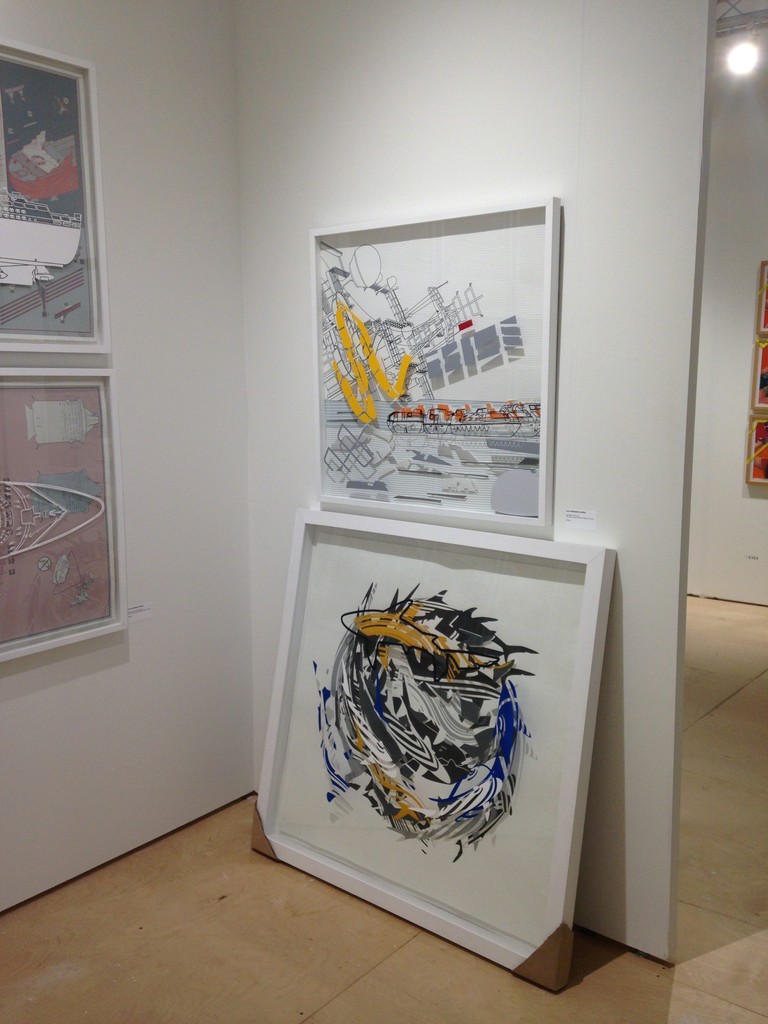 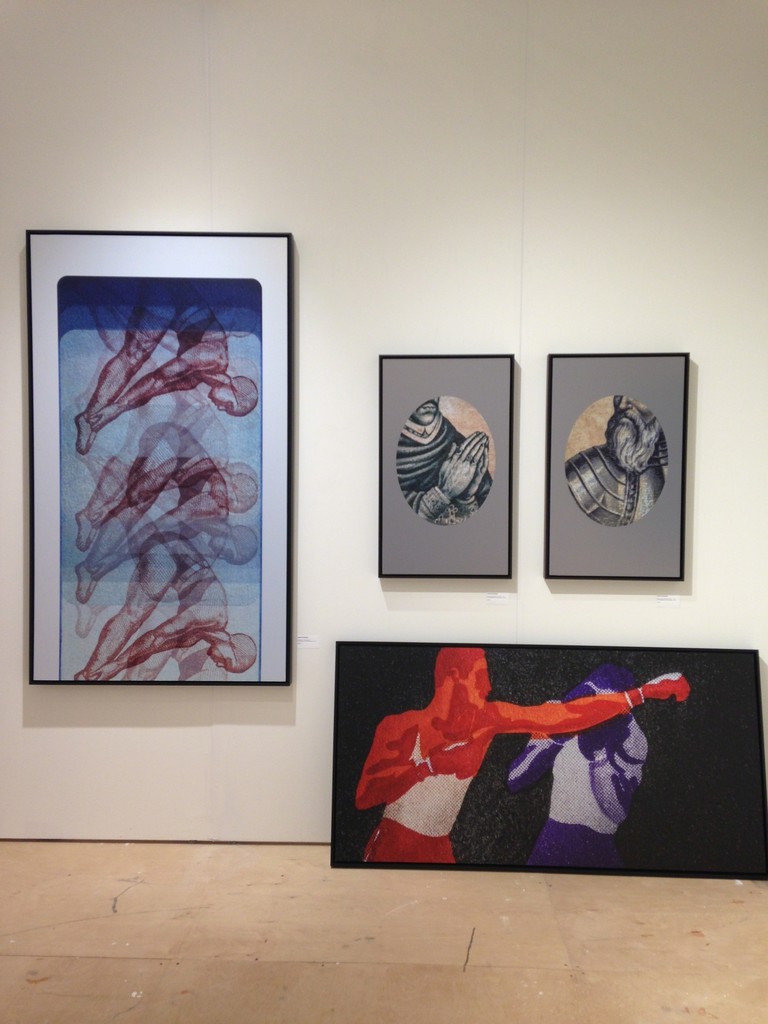 ADRIAN FERNANDEZ MILANES presents new work from his latest series titled, ‘Requiem’, color photographs printed on metallic papers that explore the identity of groups or social sectors in Havana and throughout the world using elements which define it best from an iconographic point of view.
The project is based on imagery found in Cuban 20th century postage stamps, panning different periods of Cuba´s life as a nation, his different social projects, ideologies and paradigms. These startlingly beautiful images which relate to themes of power, identity, heroism and purity also address one of photography’s oldest jobs, to document and transport information, recalling the images’ function as symbol and icon while leaving space and breath to investigate our relationship to both.

I am very much interested in the world of images, and in how, through them, reality or the possible “realities” are conformed and perceived. In this case I take as incentive 20th century Cuban postage stamps, which symbolically show part of our history and idiosyncrasy. Working on a printed image gives me the possibility to revisit the national past on the basis of the esthetic, cultural, social or political paradigms of a certain period. The pieces seek to establish connections between the present Cuban identity, its future projection and the archetypes of the past. In this way, each work is an attempt to understand and question our reality based on the image that has been constructed of it. ~AFM

Born in Havana, Cuba, Adrián Fernández (1984, Cuba) studied visual arts at the San Alejandro Fine Arts Academy and later at the Superior Institute of Arts in Havana. Adrián currently works as an independent artist and as a professor on Documentary Photography for NYU, Tisch School of the Arts, Office of Special Program Abroad and the Ludwig Foundation of Cuba. He has exhibited internationally in several group and solo shows, and his work can be found in private and public collections worldwide.

The Cuban artist ALEX HERNÁNDEZ DUEÑAS conceives the artistic creation from a trans-disciplinary perspective. Recently, his work has approached the universe of aesthetic preferences and the way of living of contemporary individuals. In this sense, he appeals to concepts like comfort, status, luxury, prosperity and commodities, all these parameters connected to hierarchal structures within the society and associated to specific cultural patterns. In the spirit of David Hockney, Richard Diebenkorn and Alex Katz, the use of flat and shiny colors has simplified his compositions. The atmosphere becomes rarified: surreal and unusual, it disorients the viewer and alludes to that space in dreams where the expectations and desires of a human group are expressed.

His paintings reflect the Cuban dream of Miami as a Hollywood set: swimming pools abound and perfectly manicured lawns surrounding clean, modern houses and constant sunshine. The work comments on the isolation of Cubans and their lack of awareness of the current realities of American life.

Hernández Dueñas is a graduate of the Higher Institute of Art (ISA) and is a member of The National Union of Writers and Artists of Cuba (UNEAC).

SCOPE Art Show returns to the sands of Miami Beach for its 15th anniversary edition, amidst tremendous support from the City of Miami Beach, an unprecedented outpouring of critical acclaim from press, curators and collectors, and a digital and social media outreach campaign that garnered over 300 million impressions, including praise in The New York Times, Forbes, Artnet, Artinfo, The Huffington Post and The New York Post, amongst other publications. SCOPE Miami Beach’s monumental pavilion will once again be situated on historic Ocean Drive to welcome 45,000 visitors over the course of 6 days. Over 125 international Exhibitors will present groundbreaking emerging work, alongside SCOPE’s Breeder and featured Programs. SCOPE Miami Beach opens to VIPs and Press on Tuesday December 1, for its Platinum First View and Preview events; the show will run December 2 - 6, 2015.

With over 75 art fairs spanning more than 15 years, SCOPE is celebrated as the premier showcase for international emerging contemporary art and multi-disciplinary creative programming. Renowned for its
uncanny ability to forecast new visual trends that are embraced globally, SCOPE Art Shows garner extensive critical acclaim and over 500 million annual impressions across print, digital and television. With cumulative sales well over one billion dollars and attendance of 1.2 million visitors, SCOPE Art Show is the largest and most global emerging art fair in the world.

The Schoolhouse Gallery is known for its innovative programming and for presenting the finest multi-disciplinary artwork from its outpost location in the oldest continuing art colony in the US. The gallery is located at 494 Commercial Street in Provincetown, MA 02657 and appears regularly in projects and outside exhibitions. For information please contact us at 508 735-2151, go to www.galleryschoolhouse.com. or write us at [email protected] .