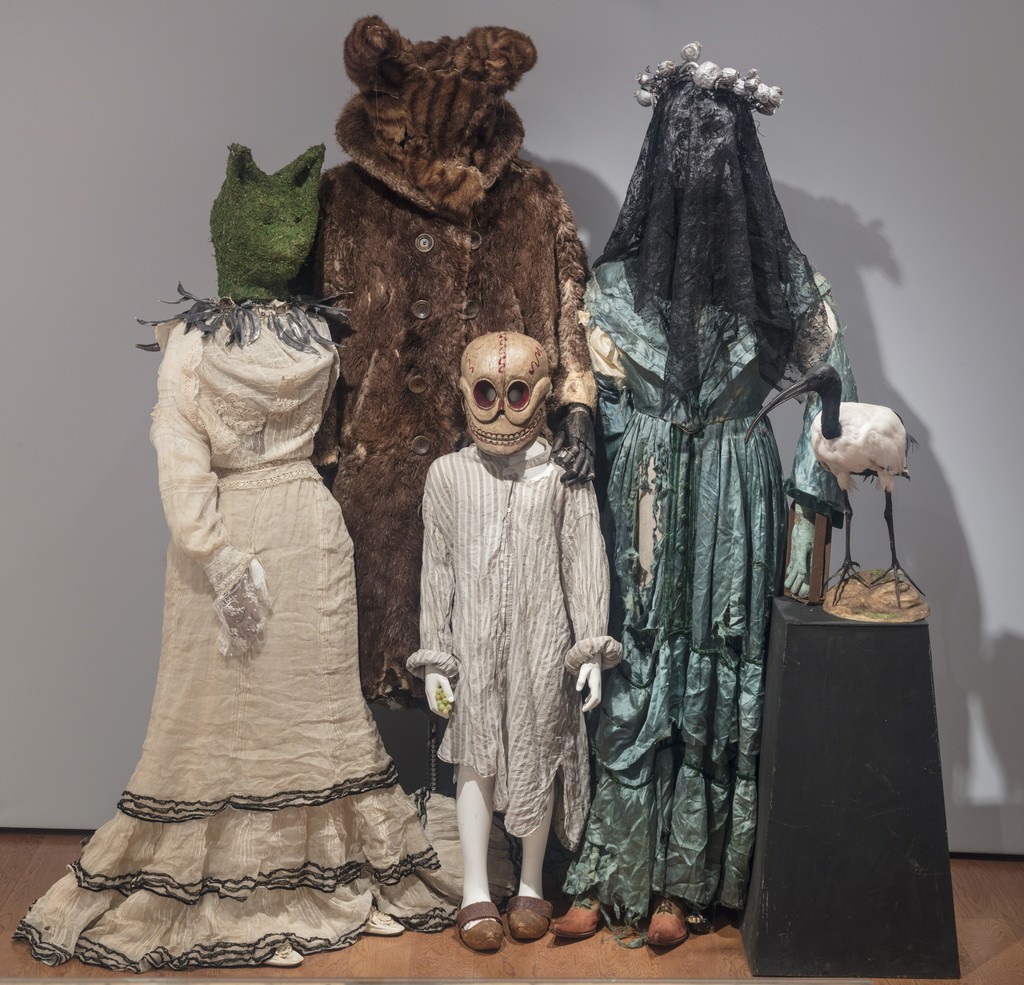 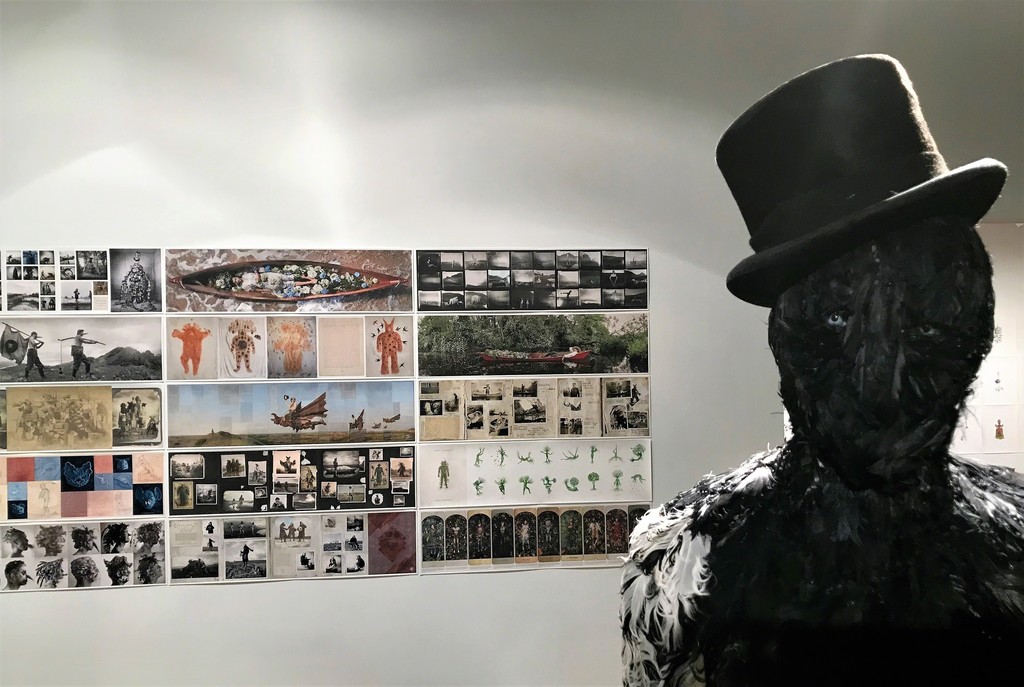 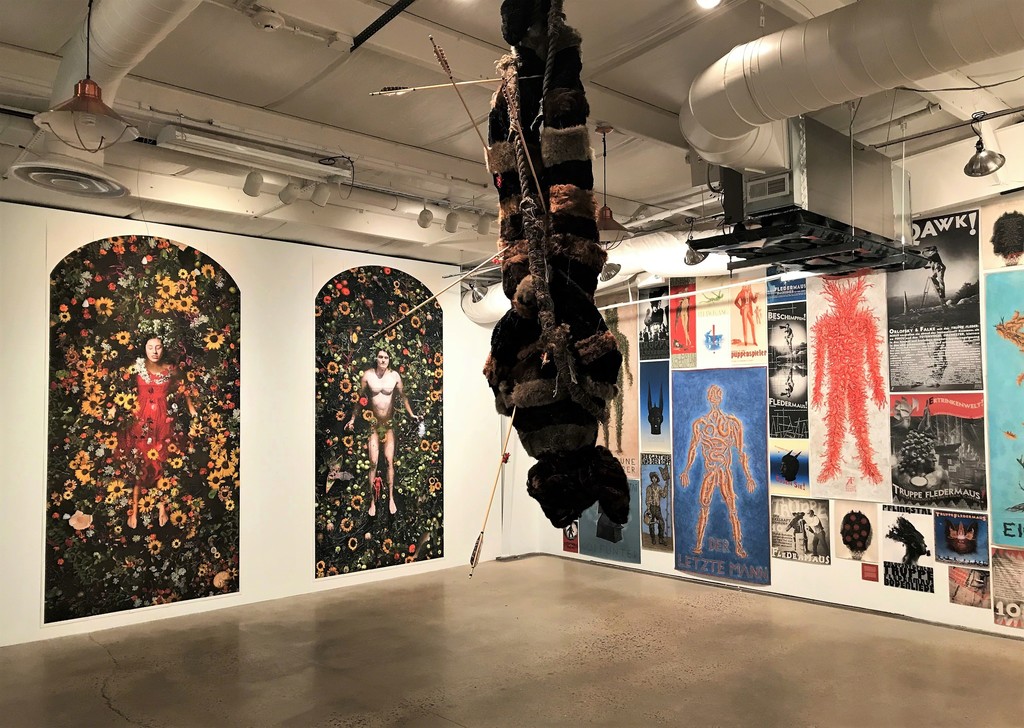 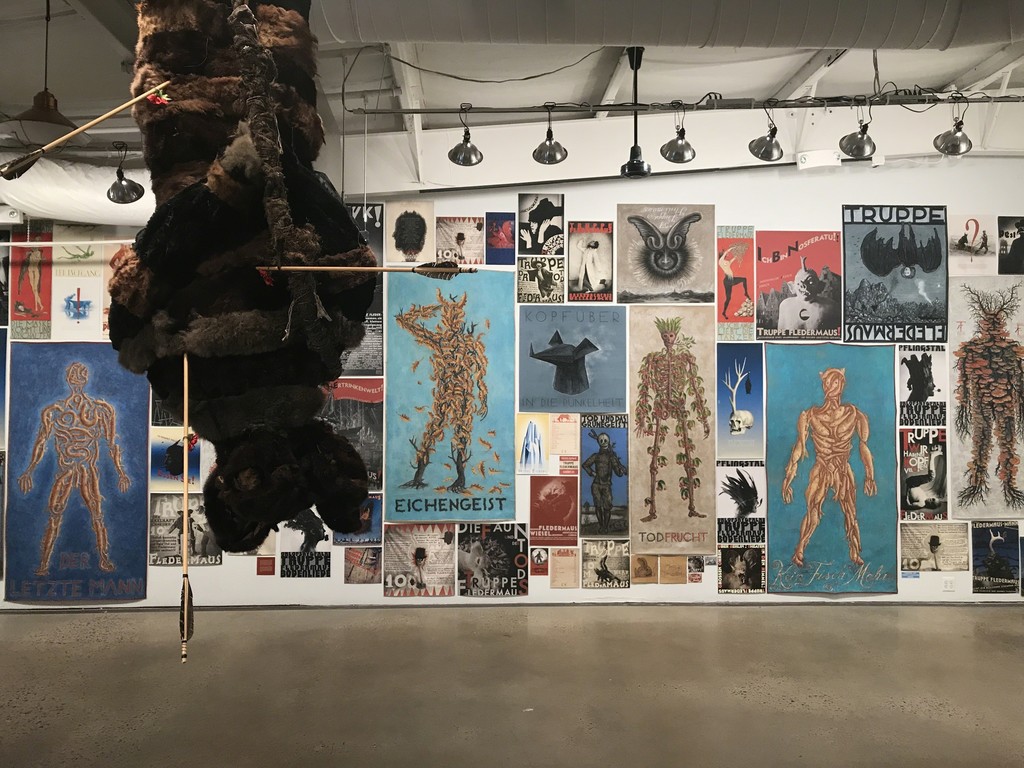 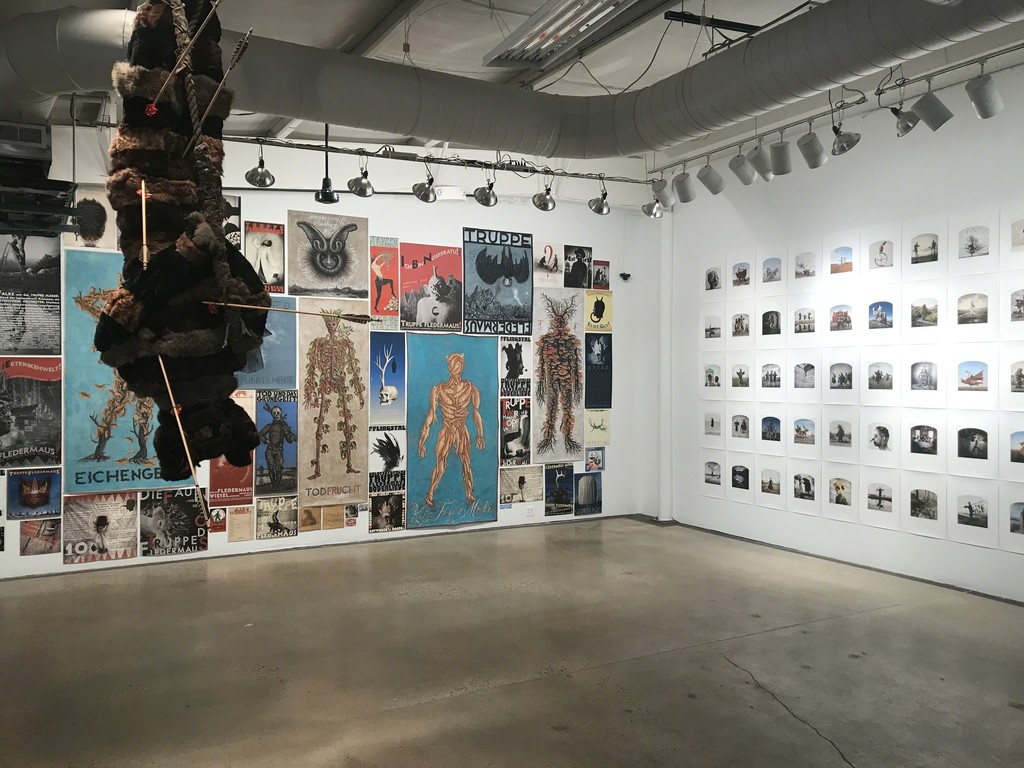 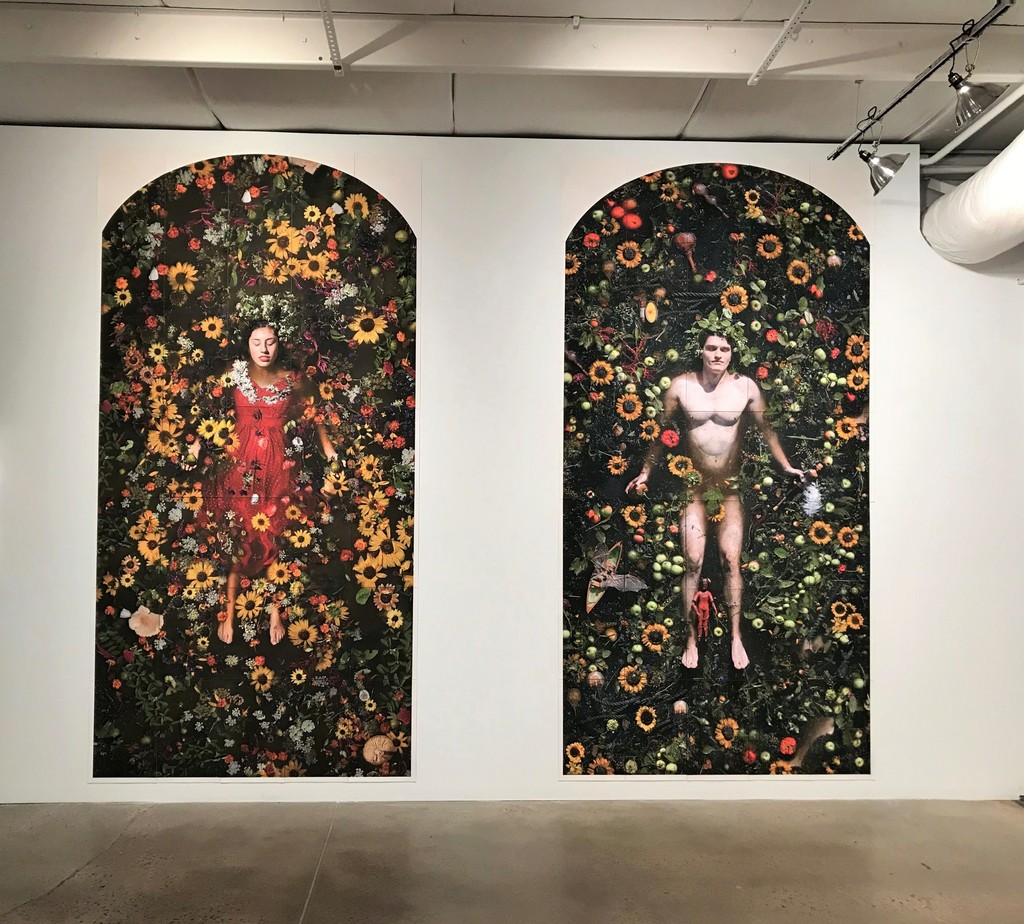 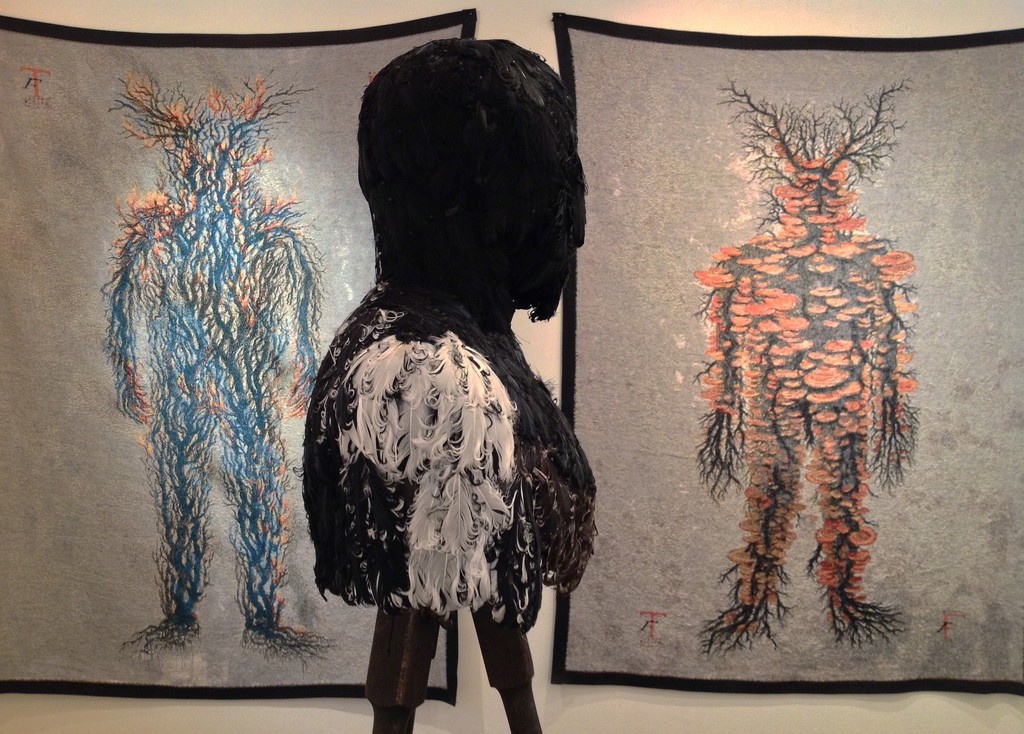 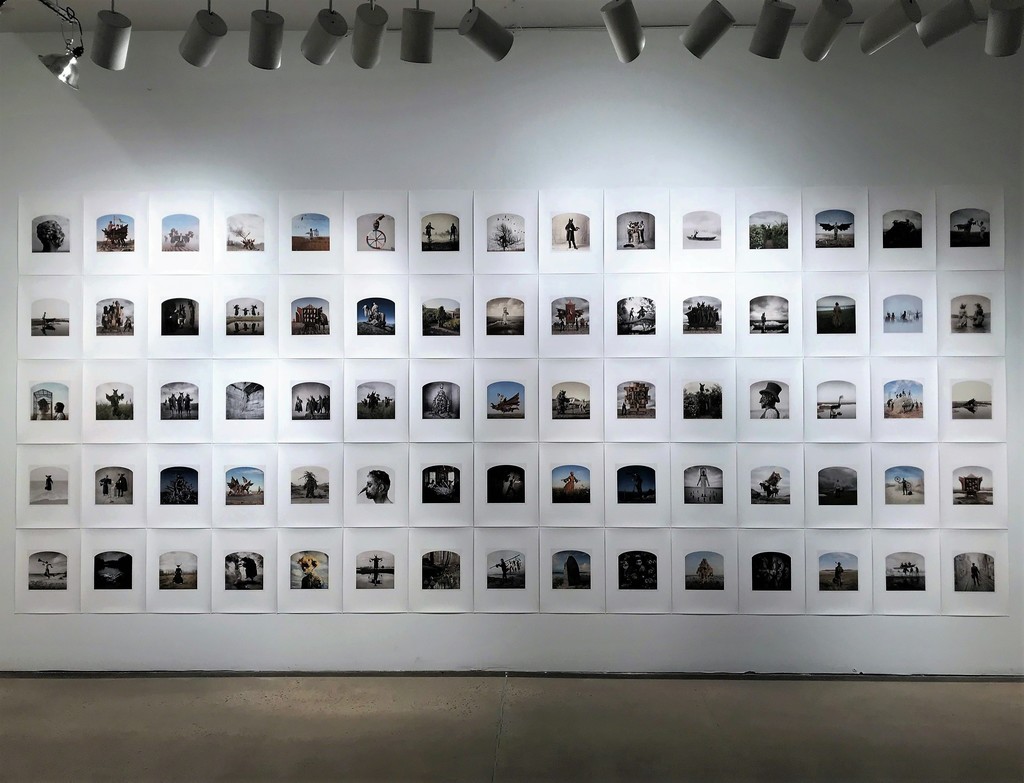 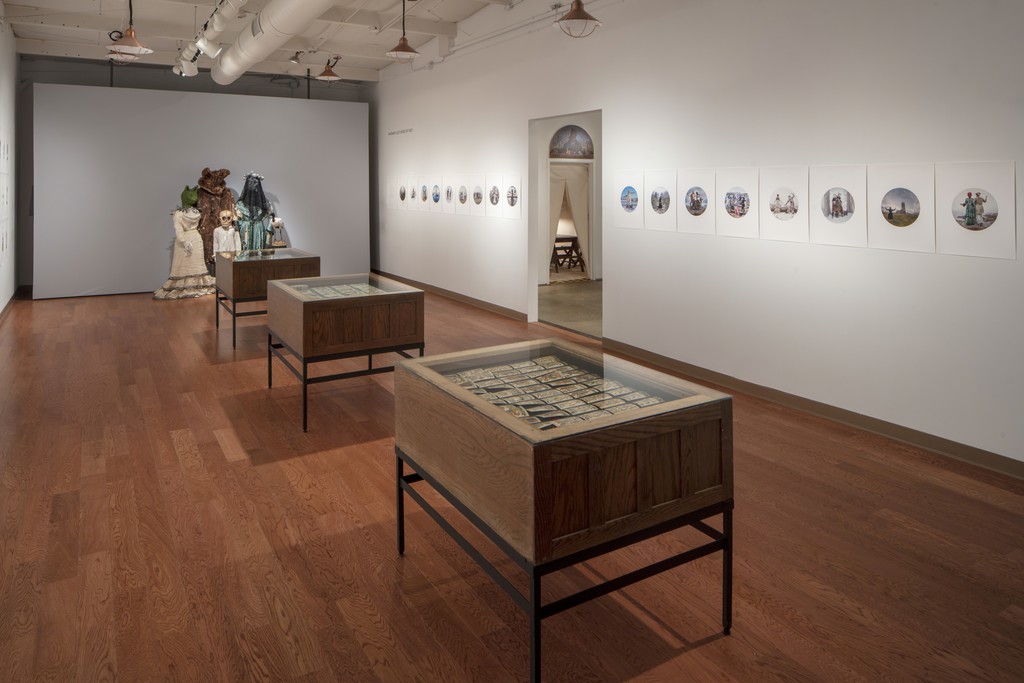 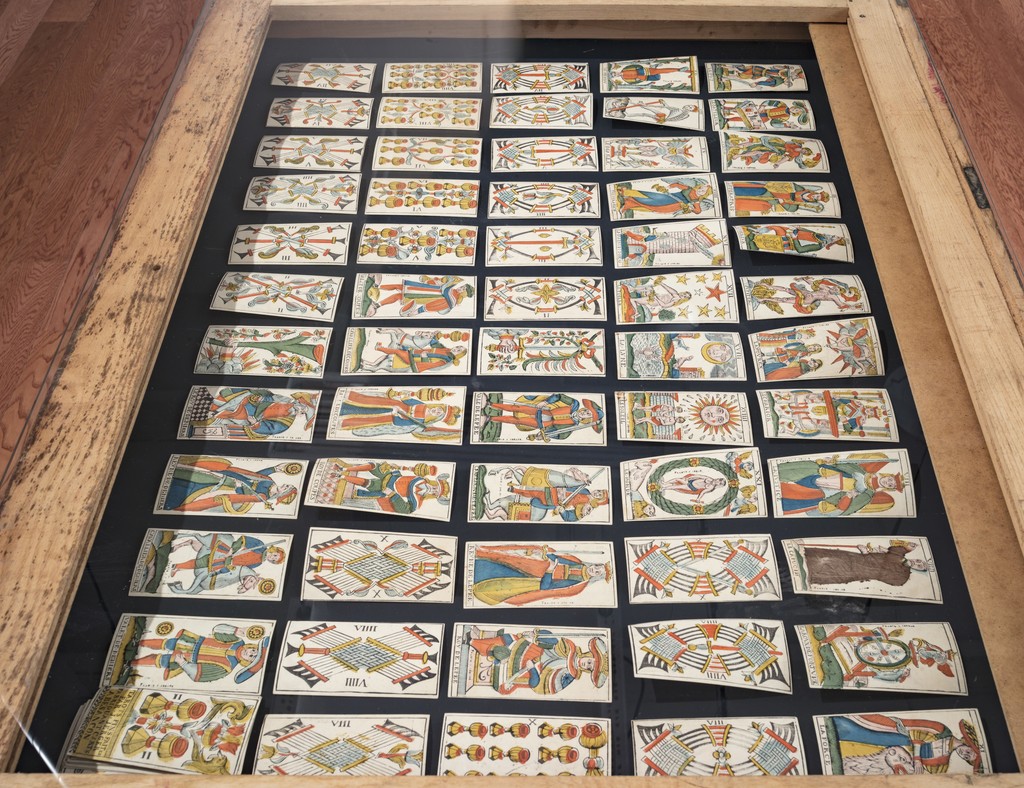 ArtYard is pleased to present, Truppe Fledermaus & the Carnival at the End of the World, an exhibition featuring the work of collaborative artist duo Kahn & Selesnick. Kahn & Selesnick’s current fictitious history is on full view in ArtYard’s galleries. The work features the recreation of the famous Truppe Fledermaus's Memory Theatre of 1932 with its full complement of Batfolk, Greenmen, Rope-Slingers, and Death-Dancers in all their carnivalesque glory. An immersive, intricate and rich world made from photographs, painting, sculpture, costumes, props, decks of cards, augury, ceremony and general madness, the exhibition includes works from three series that are chapters from Kahn & Selesnick’s current story: Eisbergfreistadt, 100 Views of the Drowning World, and Madame Lulu’s Book of Fate.

Nicholas Kahn and Richard Selesnick are a collaborative artist team who have been working together since they met while attending art school at Washington University in St. Louis in the early 1980s. Both were born in 1964, in New York City and London respectively. They work primarily in the fields of photography and installation art, specializing in fictitious histories set in the past or future. These may include: documentary-style panoramic and square photographs that combine absurdist fantasy and bogus anthropology; elaborately crafted artifact, costumes and sculpture, often constructed of unlikely materials such as bread or fur, painting and drawings ranging from large scale works on plaster to pages of conceptual doodling. Kahn lives in Ghent NY, and Selesnick in Rhinebeck NY.

The exhibition catalogues evidence and clues from The Memory Theater, creating the experience of wandering inside the story. The unfettered speculations of Kahn & Selesnick seem more firmly rooted in the land of European art, literature, and history than in the commercial, consumer or celebrity culture that drives artists and today’s marketplace to collide in contemporary conflict. Their circuitous narratives travel on perceptual shifts, altered states of consciousness, felt experience, and ceremony run amok as they guide us through the immersive visuals of their worlds.

Kahn & Selesnick’ s works are tactile and bodied, offering sleight of hand and the quicksilver flash of inspiration as interruptions to our habitual ways of seeing, instead encouraging us to feel the Earth and its history and to know our part in its unfolding story. The results are masterfully executed non-linear tales that appear to dream themselves.

Kahn & Selesnick have participated in over 100 solo and group exhibitions worldwide and have work in over 20 collections, including the Brooklyn Museum of Art, the Philadelphia Museum of Art, the Houston Museum of Art, the Los Angeles County Museum of Art and the Smithsonian Institution. In addition, they have published 3 books with Aperture Press, Scotlandfuturebog, City of Salt, and Apollo Prophecies. Their new book, 100 Views of the Drowning World has just been published by Candela Books.