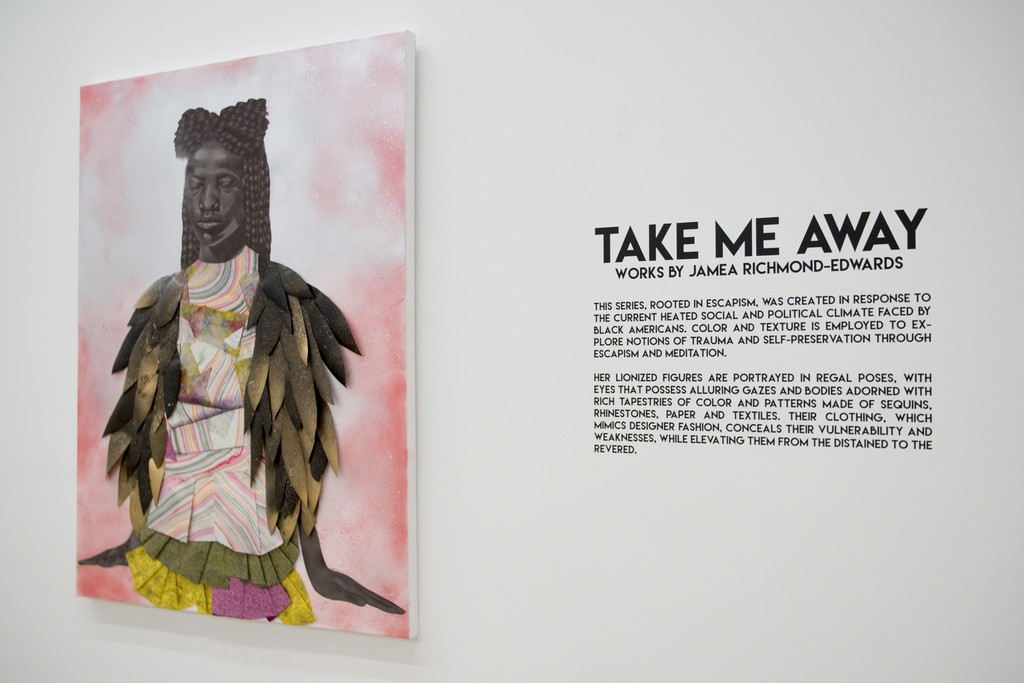 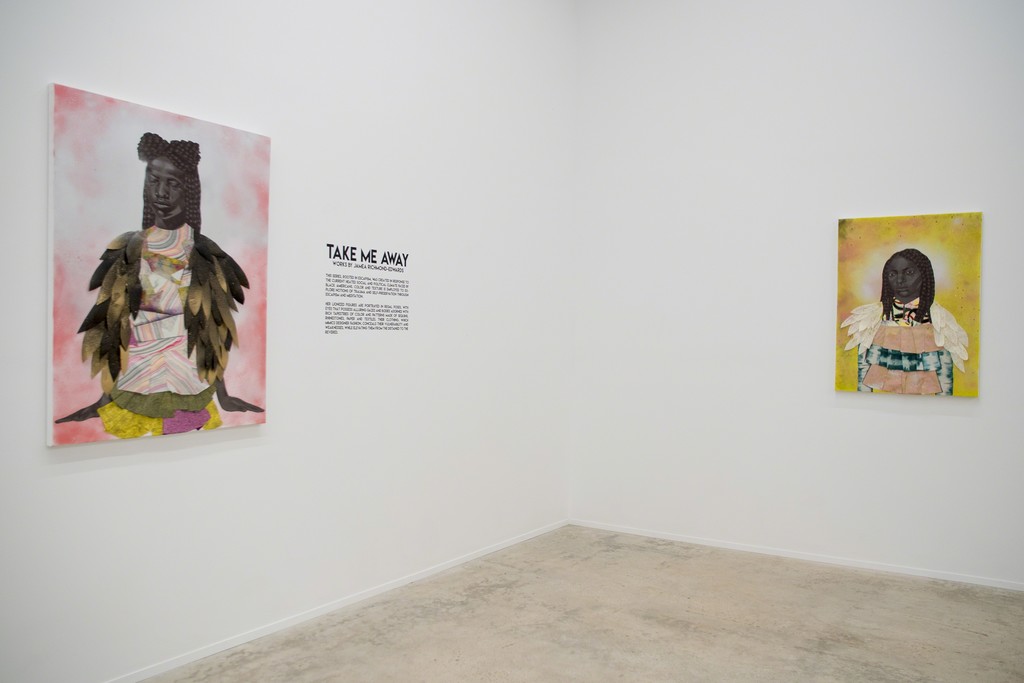 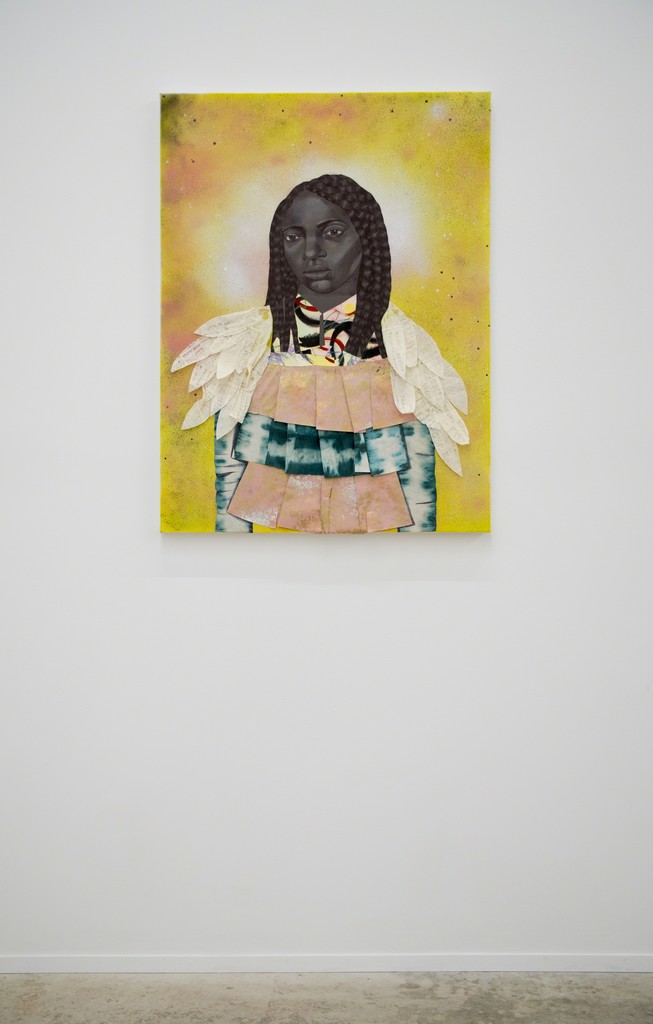 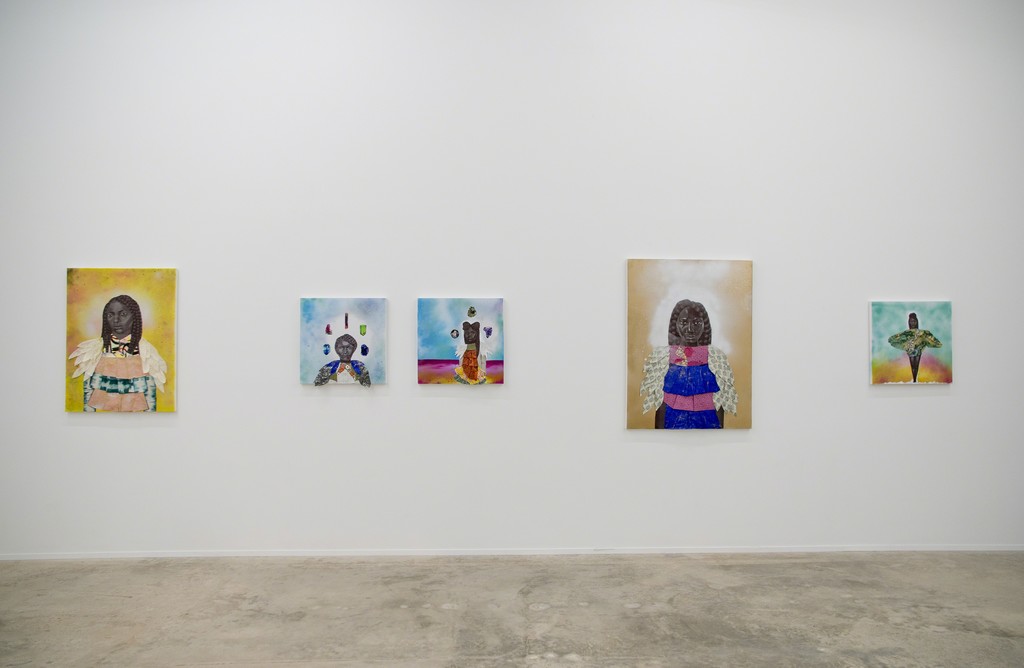 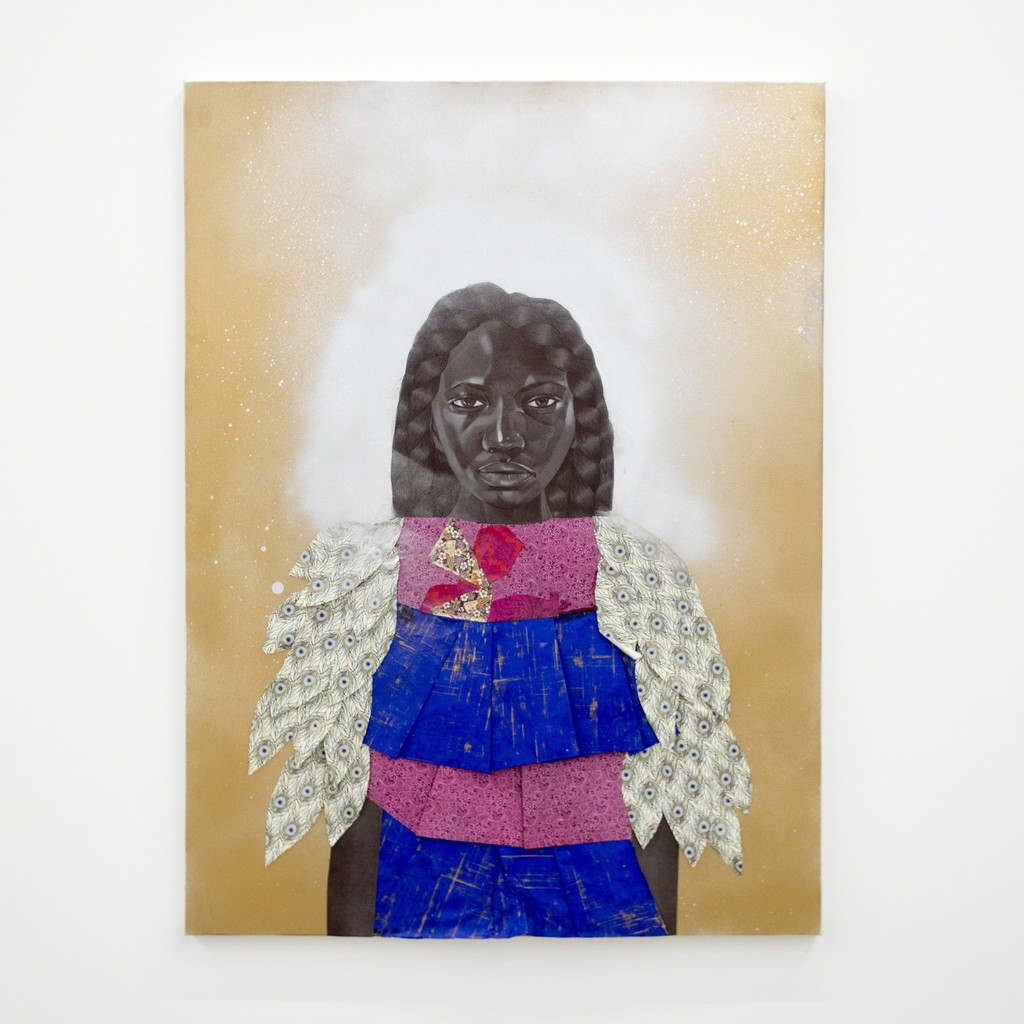 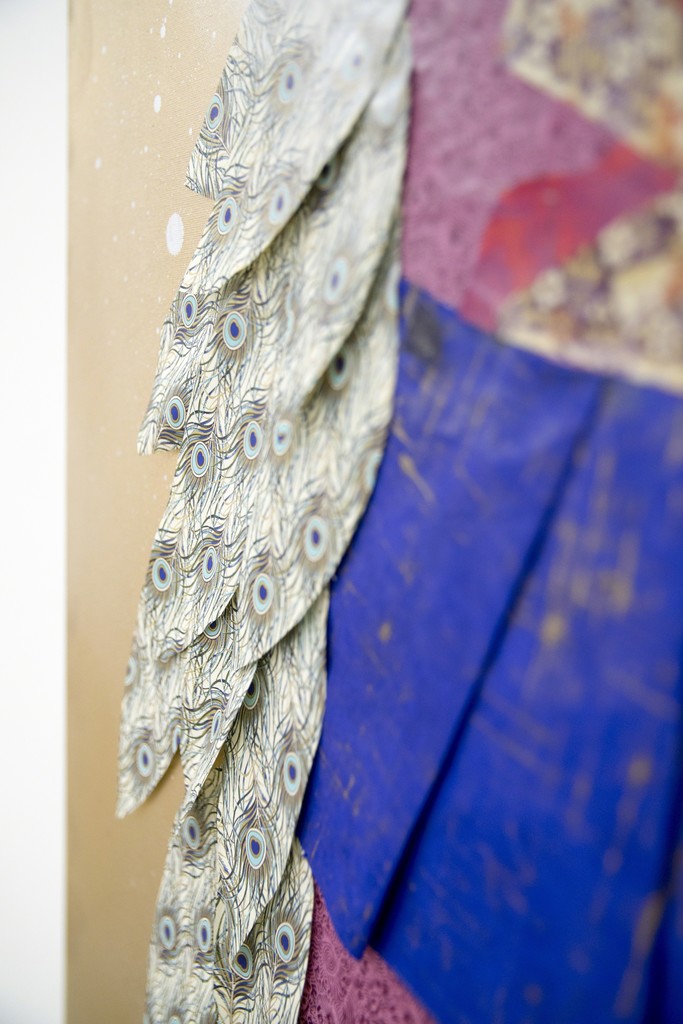 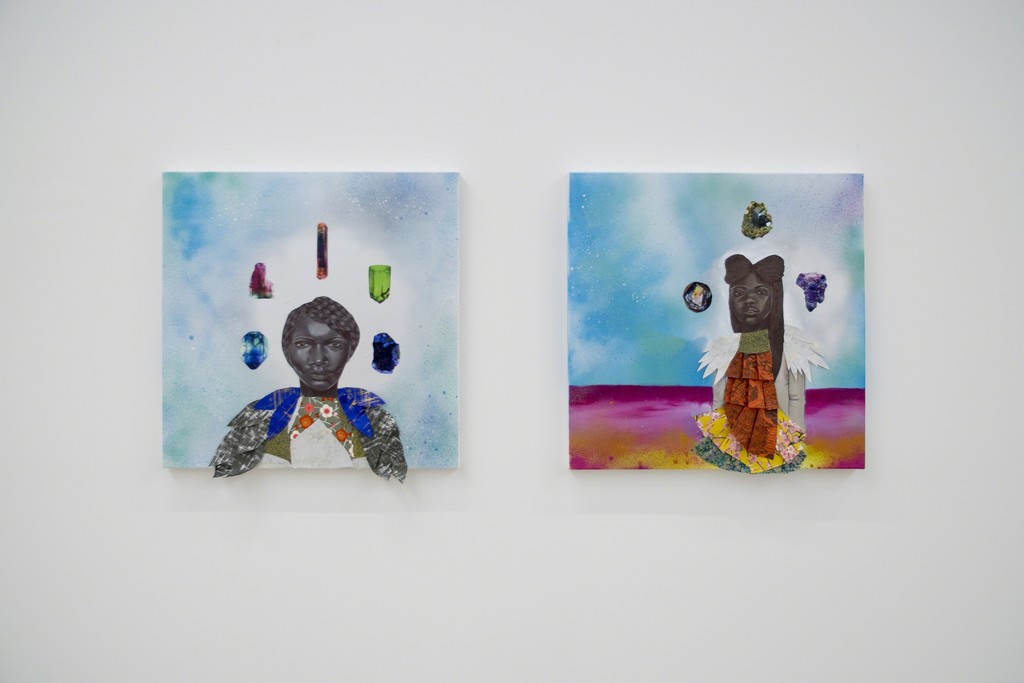 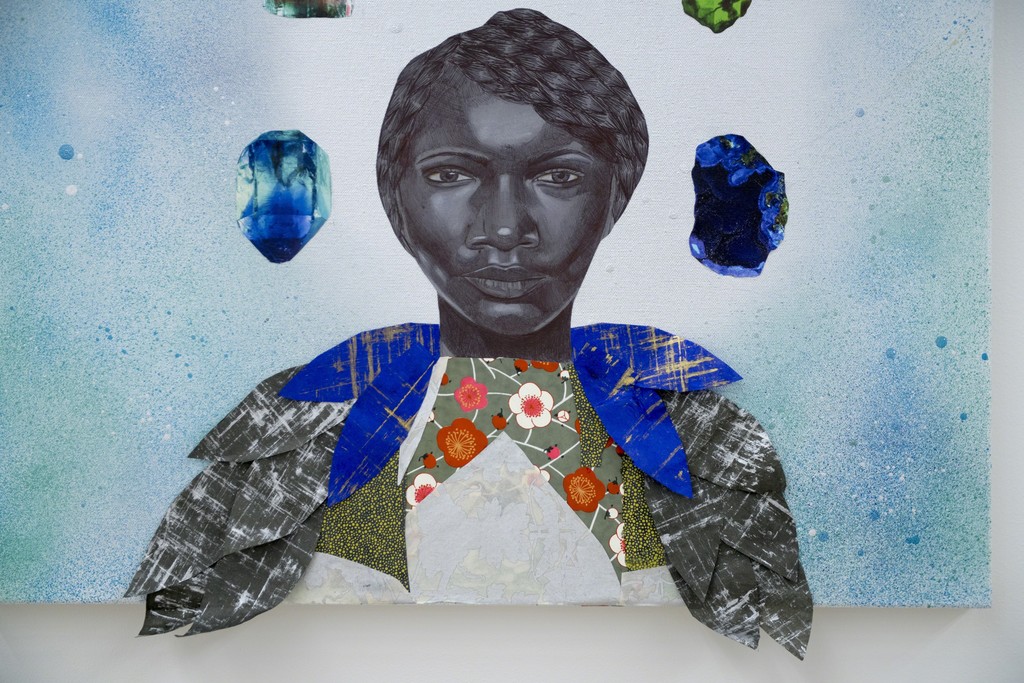 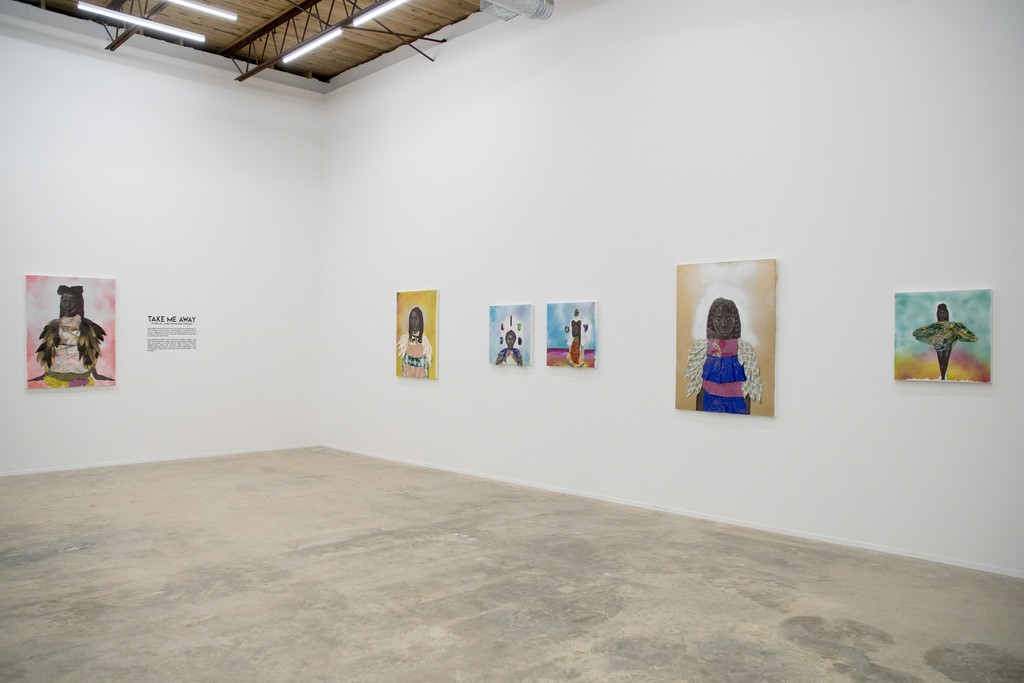 FOR IMMEDIATE RELEASE - The Southern is pleased to announce Take Me Away, a solo exhibition of new works by Jamea Richmond-Edwards.

In, Take Me Away Richmond-Edwards presents a series of paintings featuring black women in moments of silent contemplation. The series, rooted in escapism, was created in response to the year’s heated social and political climate faced by black Americans. "As African Americans, I believe it is essential for us to "check-out" of social media and the evening news to preserve our sanity,” expresses the artist. In this body of work, color and texture is employed to explore notions of trauma and self-preservation through escapism and meditation.

Richmond-Edwards is inspired by the black figures of artist Kerry James Marshall and drawings of Charles White. She offers a repertoire of portraits of black women drawn using ink and graphite. Her lionized figures are portrayed in regal poses, with eyes that possess alluring gazes and bodies adorned with rich tapestries of color and patterns made of sequins, rhinestones, paper and textiles. Their clothing, which mimics designer fashion, conceals their vulnerability and weaknesses, while elevating them from the distained to the revered.

Richmond-Edward’s work has garnered the attention of art critics such as the Washington Post’s Michael Sullivan, who in a January, 2013 review of the exhibition No Strings Attached, described Jamea’s portraits of two black women to be “among the most arresting pieces” in the show. In February, 2013 she was included in the Huffington Post's "Black Artists: 30 Contemporary Art Makers Under 40 You Should Know".