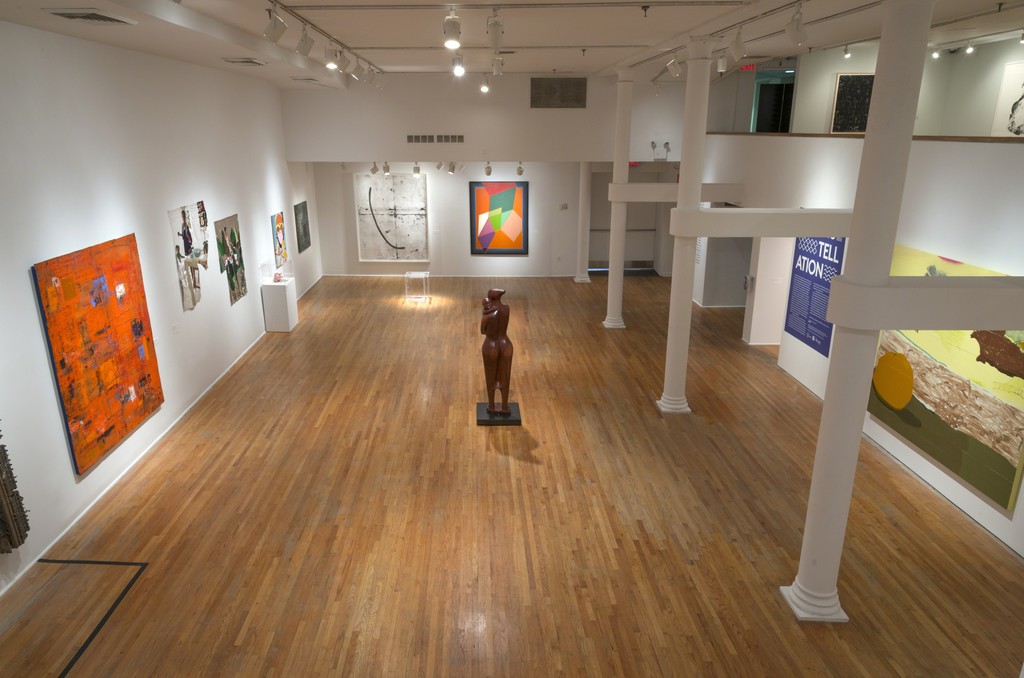 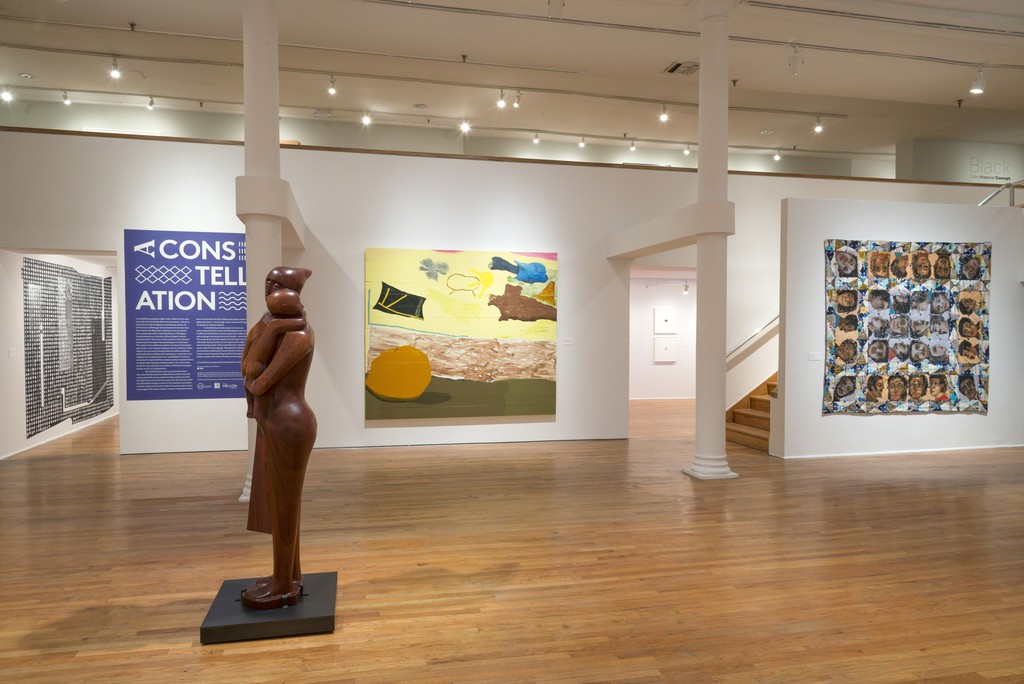 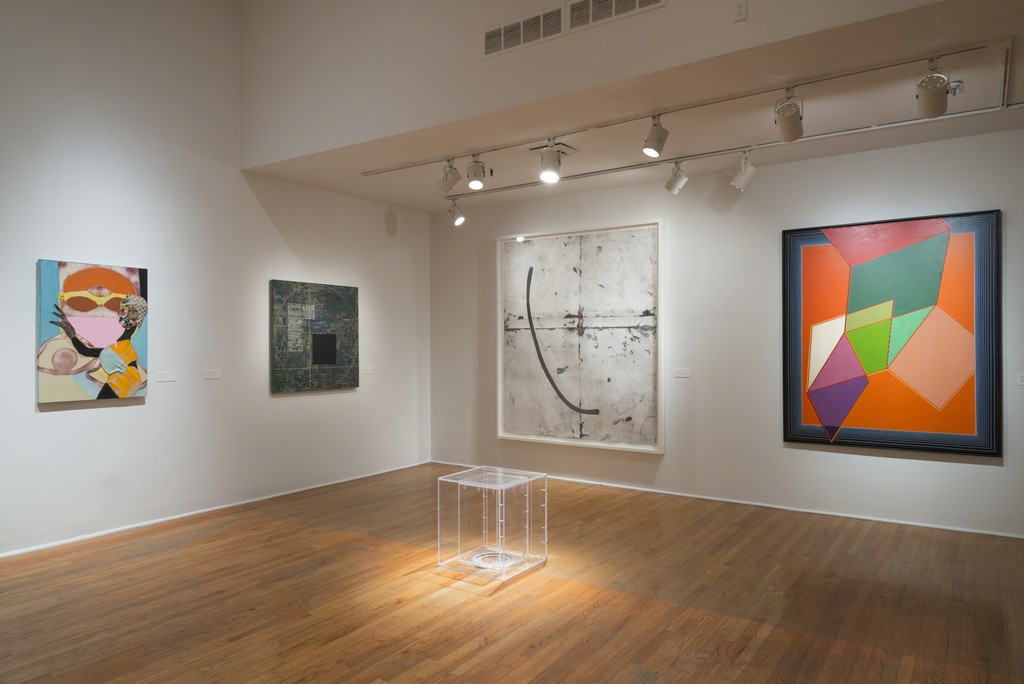 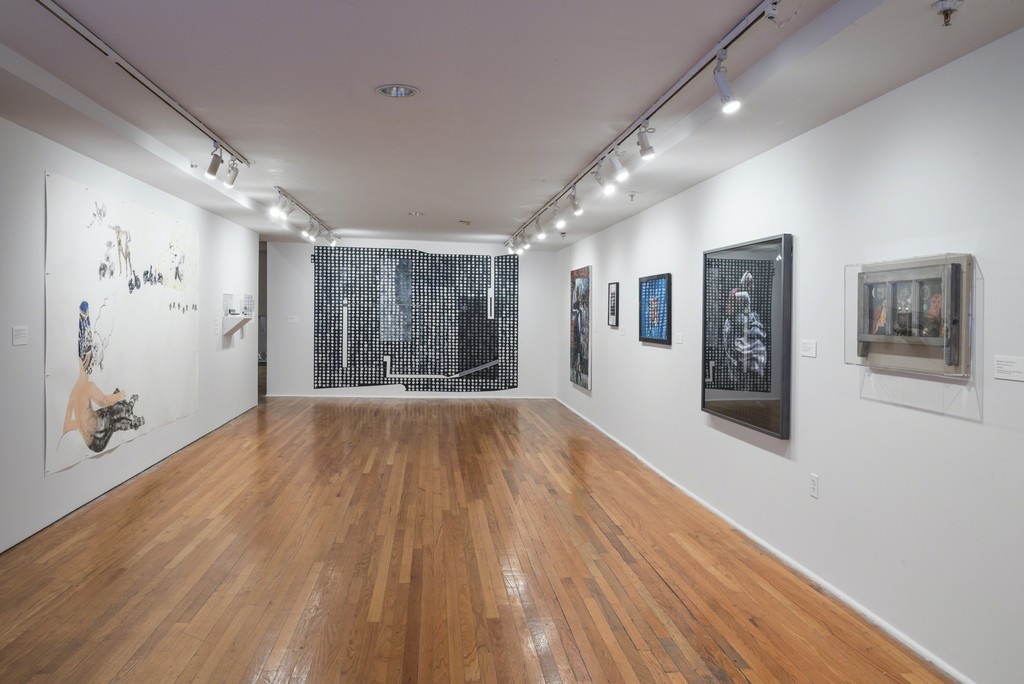 Like a figure glimpsed in a group of stars, the exhibition A Constellation traces connections among twenty-six artists of African descent: eight who emerged in the mid- to late twentieth century, and who are represented in the exhibition by now-historical works from the Studio Museum’s permanent collection, and eighteen younger artists whose works are being shown at the Studio Museum for the first time. As suggested by the title, A Constellation claims to be only one of the many configurations that might be discerned among this dynamic gathering of kindred artists and the concerns that animate their work. At the same time, however, the exhibition draws lines that clearly link these artists across the generations, through themes that are urgent at the present moment—including questions of race, class and the body—and that were also urgent decades ago.

A Constellation presents a dazzlingly diverse group of more than thirty artworks made in a wide variety of media, ranging from oil on canvas to mixed media works and installations. Among the connections made in the exhibition are the ties between Billie Zangewa (b.1973), a Malawian-born, South Africa-based artist who explores the female experience in her 2015 silk tapestry Mother and Child, and two artists of the senior generation with similar concerns but contrasting formal means, sculptor Elizabeth Catlett (1915–2012) and textile-based artist Faith Ringgold (b. 1930). Too Obvious (1996) by David Hammons (b. 1943) is a mordant critique of the economic system; Pass-Thru (2014), a Plexiglas sculpture by Cameron Rowland (b. 1988) is similar in its concern with economic inequality and also takes a conceptual approach, but with a cooler, more minimalist tone. The alter egos adopted by Adrian Piper (b. 1948) to challenge viewers’ expectations about race and gender connect with the multimedia work of Sondra Perry (b. 1986), whose Double, Quadruple, Etcetera, Etcera I (2015) shows the partially erased video image of a performer undergoing violent convulsions in a small white room. The history of African people in the diaspora is addressed in Mel Edwards’s welded steel sculpture Working Thought (1985), from the “Lynch Fragment” series, and in photographer Nona Faustine’s From Her Body Sprang Their Greatest Wealth (2013). A Constellation also honors the lineage of abstract art that connects some of these artists across the generations, including Al Loving’s crisp, hard-edged compositions such as Variations on a Six Sided Object (1967) and Torey Thornton’s contemporary explorations of color and material. A Constellation is organized by Amanda Hunt, Assistant Curator.