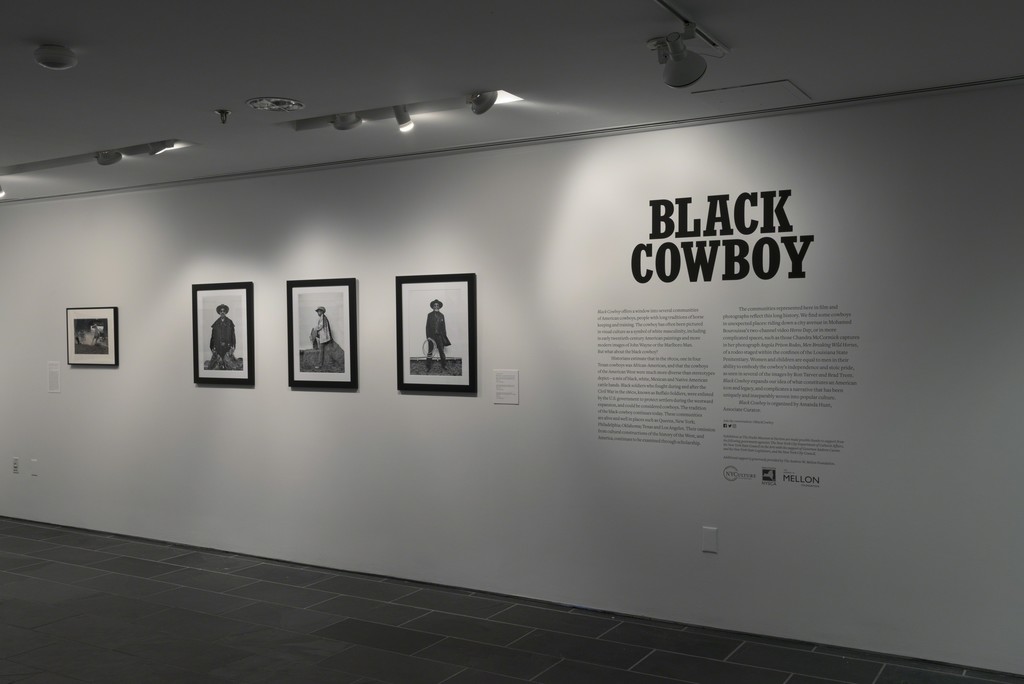 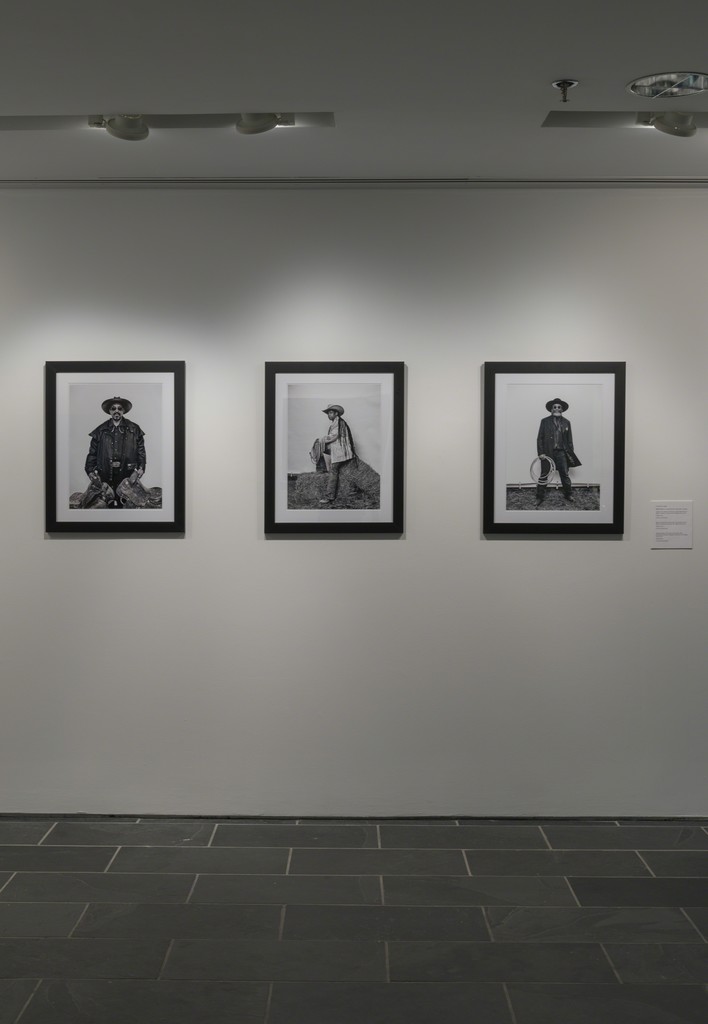 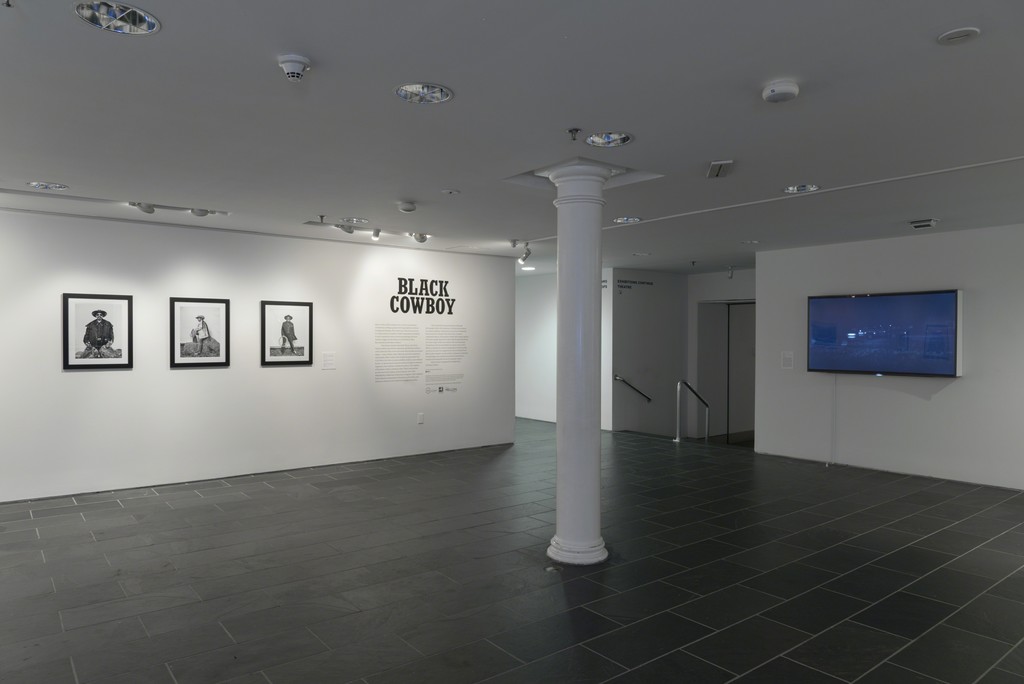 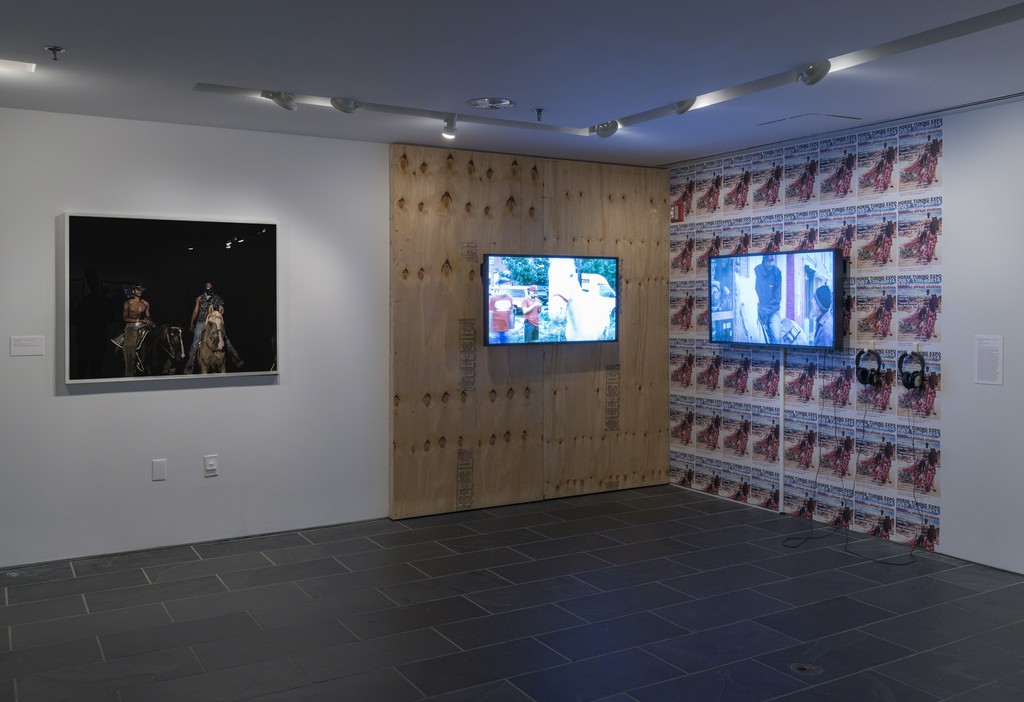 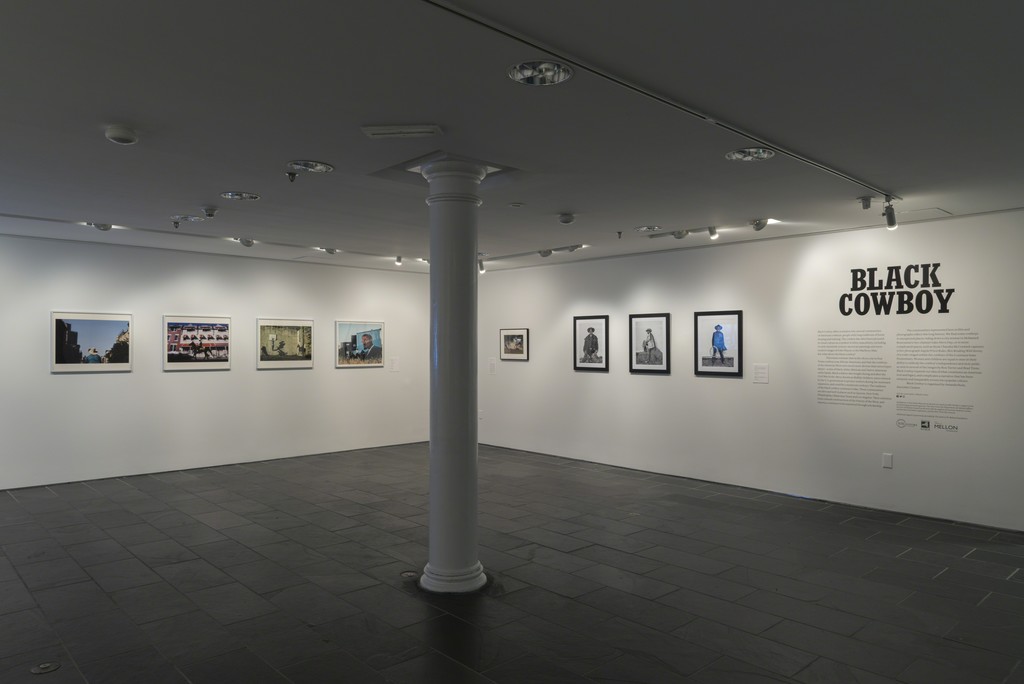 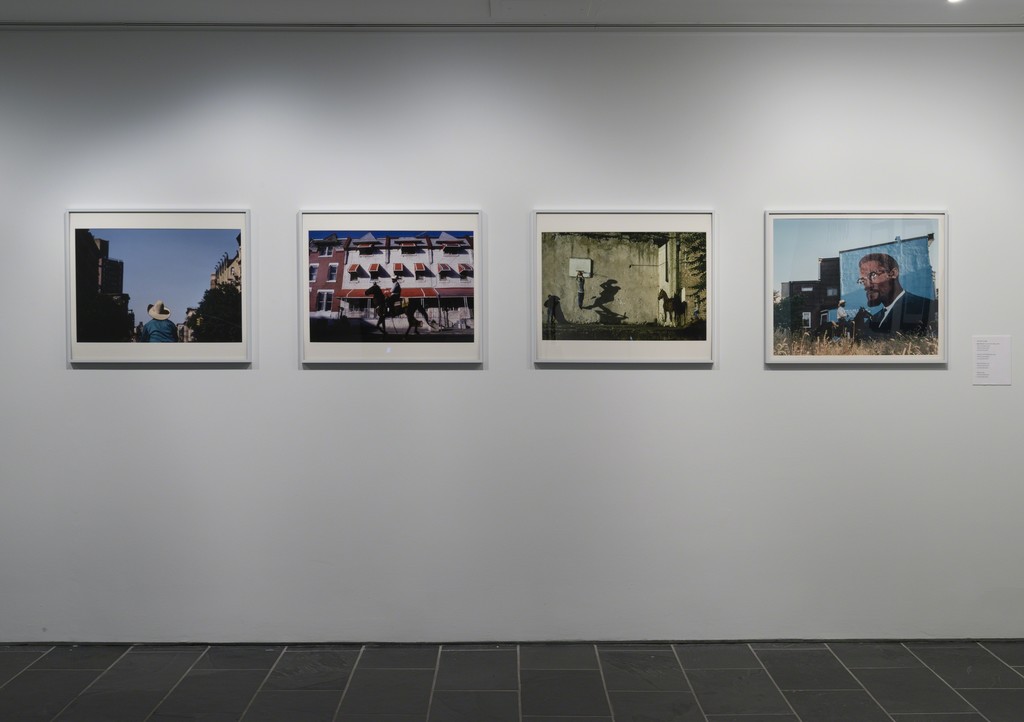 Mention the word “cowboy,” and the image that most often comes to mind—from American paintings, vintage films and television shows—is a lone ranger astride a noble white horse overlooking the plains of the Wild West. This icon of white masculinity is ubiquitous. But in colonial America, the work of cowboys was often done by enslaved men who had learned to be adept cattle herders in West Africa. During the period we think of as the Old West, one in four U.S. cowboys was African-American. The exhibition Black Cowboy is a contribution toward overcoming their omission from history and imagination, and toward demonstrating that their tradition is alive and well today in places as close to the Studio Museum as Rockaway, Queens, and Philadelphia, as well as in the contemporary West, in Oklahoma, Texas and Los Angeles.

Black Cowboy offers a snapshot of African-American communities with long histories of keeping and training horses, represented primarily through photographs and cinematic materials. Visitors to the exhibition will find cowboys in unexpected locations—riding down a busy city avenue, for example— or in complex situations, such as a rodeo held within the confines of a state prison. The images will show that African-American children and women, too, can take on the aura of this figure, who symbolizes our country’s independence and stoic pride. Black Cowboy expands our idea of what constitutes an American icon and legacy, and complicates a narrative that has been tightly woven into our popular culture.