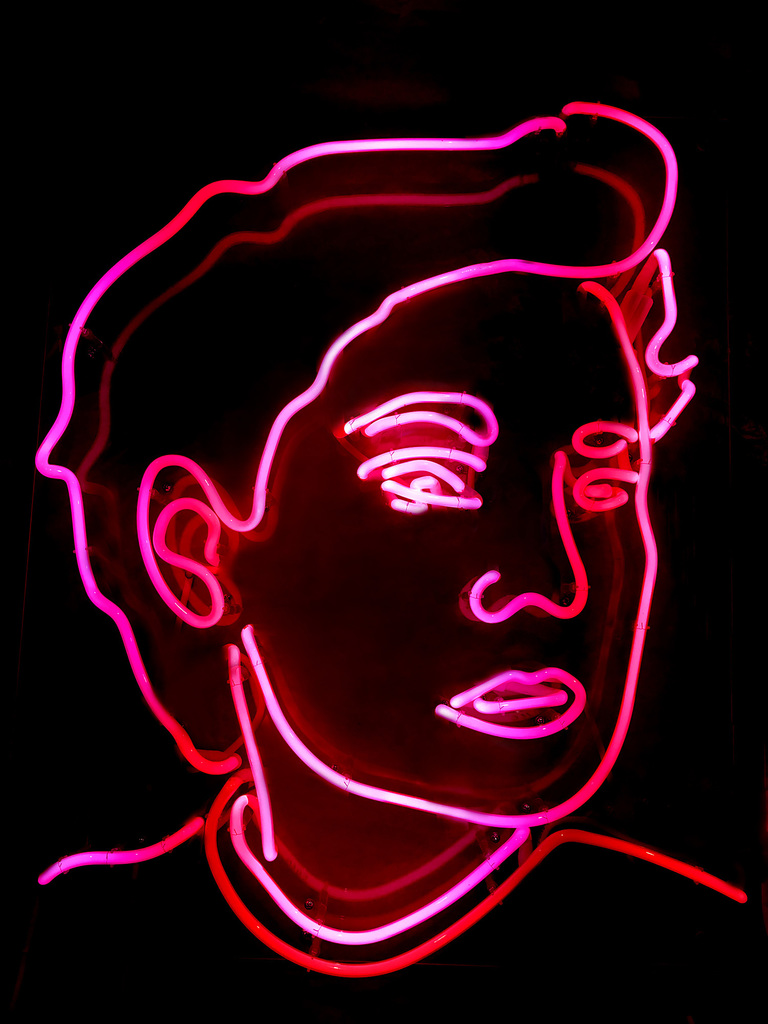 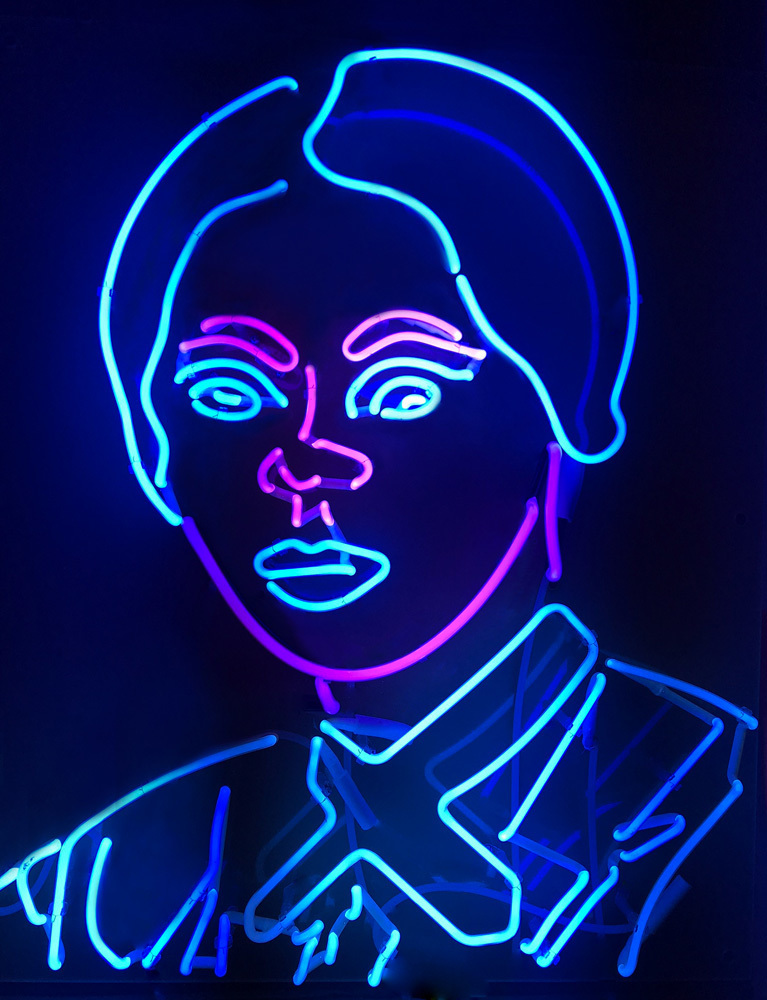 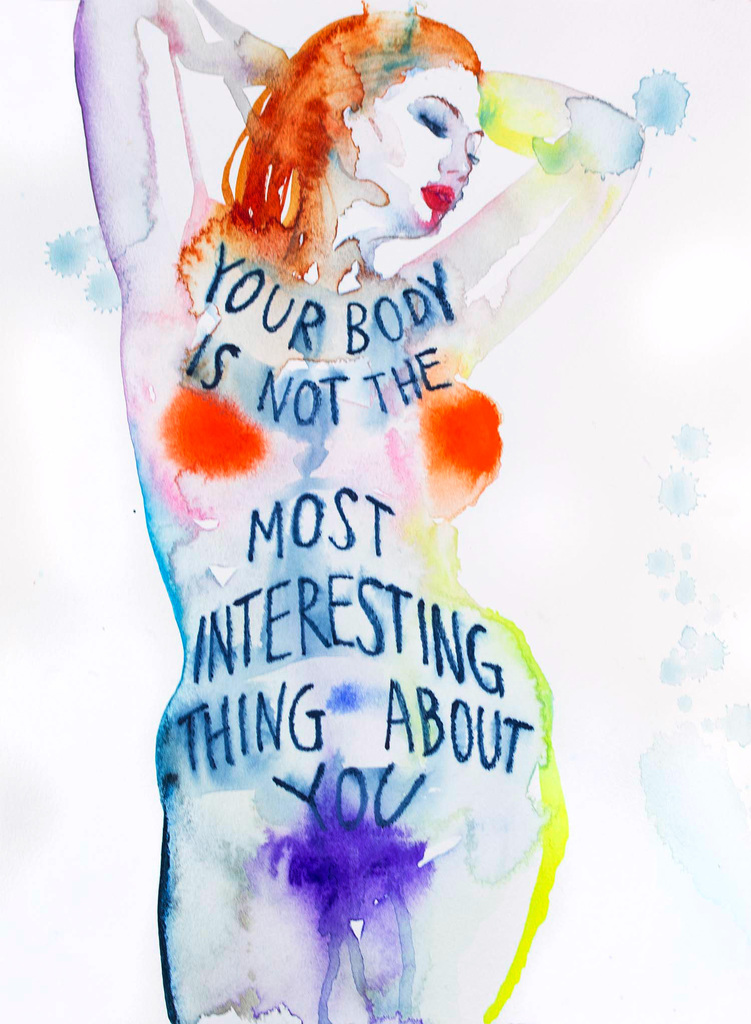 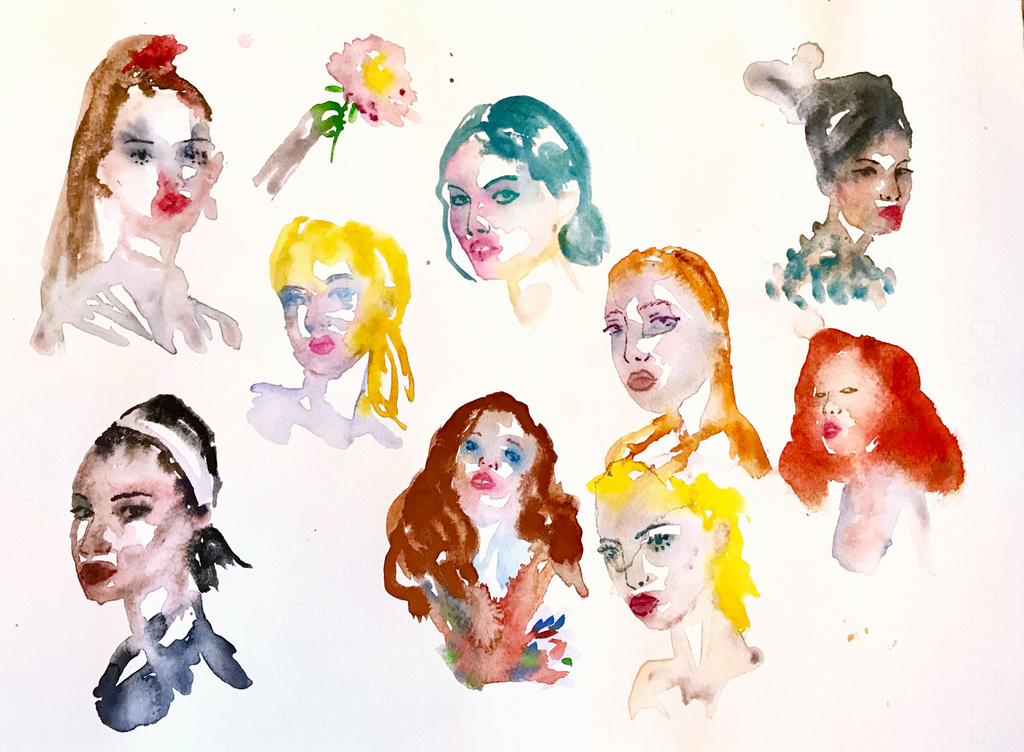 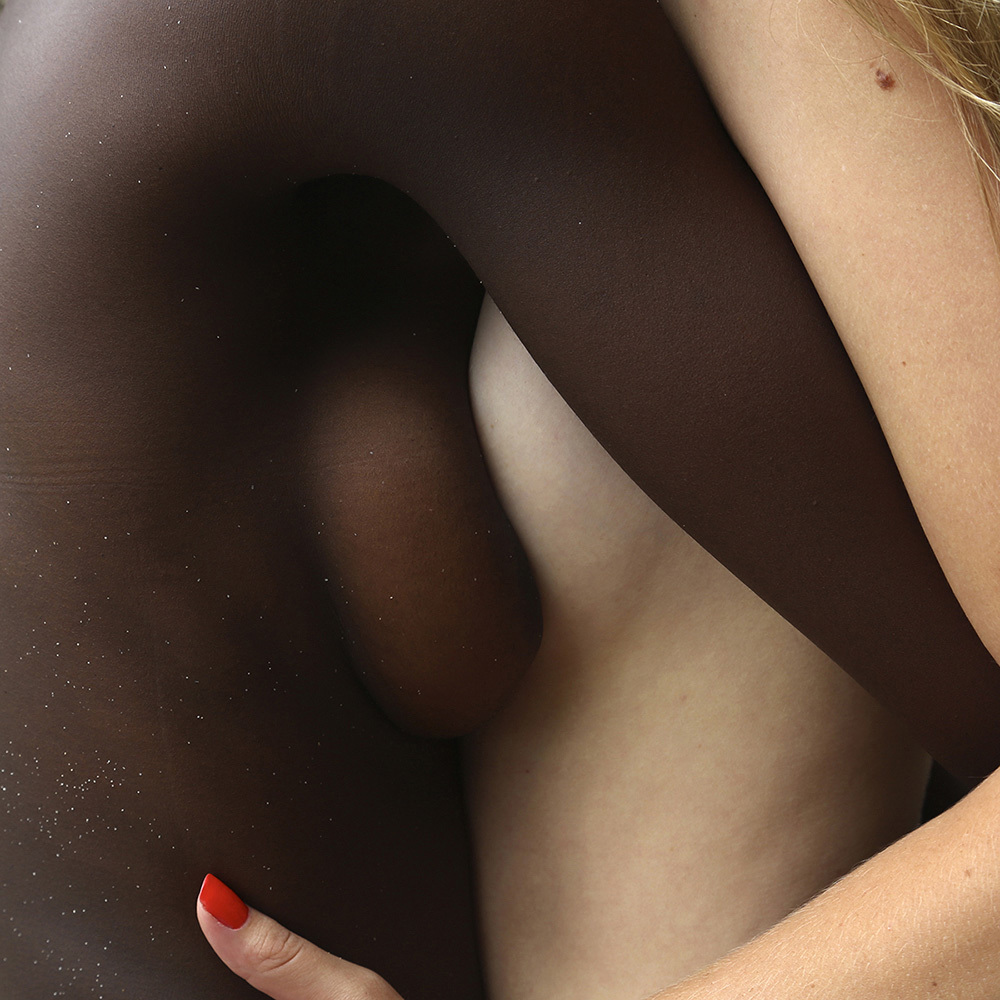 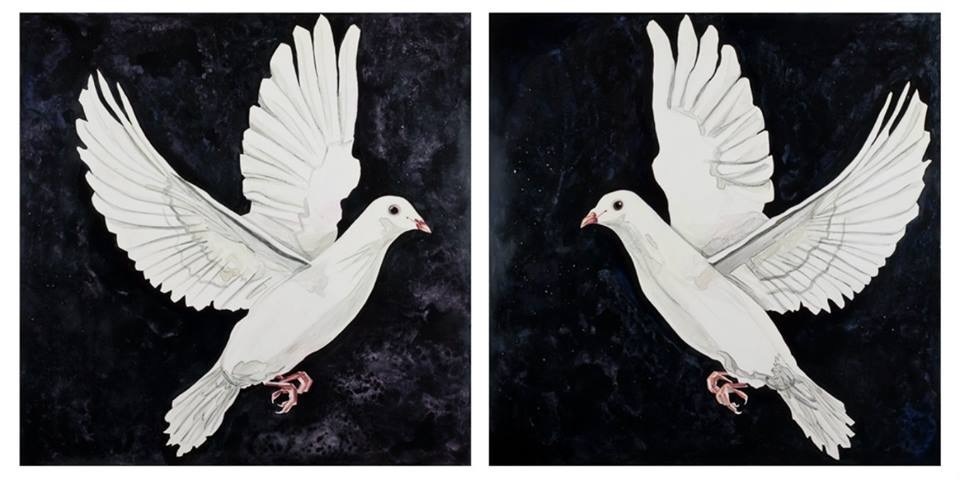 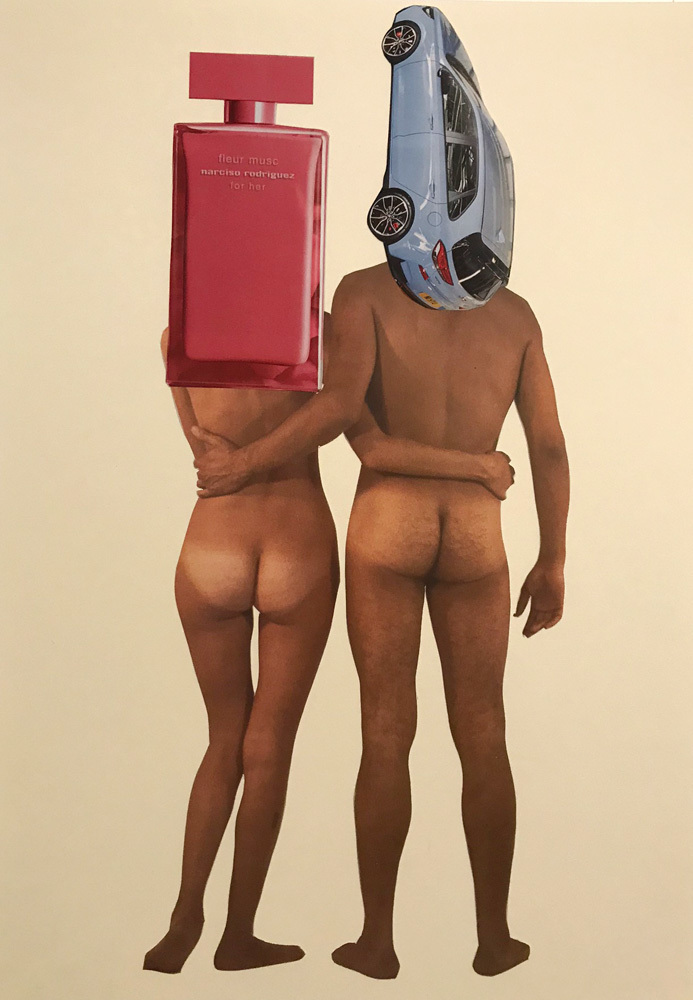 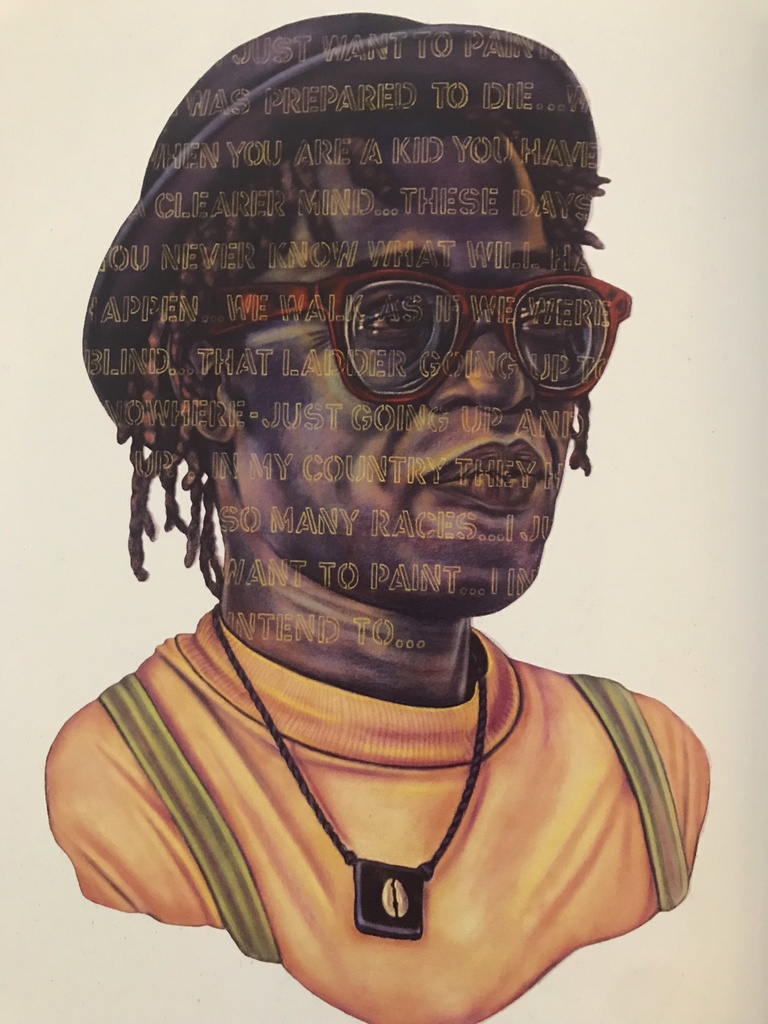 The Untitled Space is pleased to present a benefit group exhibition in support of Art4Equality featuring a revolving show of artworks throughout the month of January 2020 that will raise funds for the empowering initiative presenting gender equality themed exhibitions and public art. Art4Equality has partnered with The Untitled Space and Paddle8 for an inaugural fundraising auction kicking off with a preview on January 23rd with bidding live from January 30 – February 11, 2020.

A selection of works by artists featured in the Art4Equality auction will be on view in the benefit group show at The Untitled Space until the end of January. Funds raised will support Art4Equality’s 2020 programming which will provide more opportunities for female artists and advance it’s goals of gender equality in the arts. Art4Equality believes in supporting artists. Every donating artist was offered the option to receive a commission fee from the auction’s winning bid. The purchase of an artwork not only supports Art4Equality but also the artists who made the exhibition and auction possible.

ABOUT ART4EQUALITY
Art4Equality is an initiative launched by artist and curator Indira Cesarine supporting gender equality themed art exhibitions and special projects including films and public art by female identifying artists and allies. The mission of Art4Equality is to create empowering artwork and exhibitions that can impact social change, raise awareness and inspire our community. Art4Equality additionally facilitates opportunities by providing mentorship to female identifying artists, as well as special programming such as panel discussions, performances, and educational art events. Art4Equality empowers by creating a platform for progress. By supporting the work of underrepresented and marginalized artists, Art4Equality demonstrates the value, quality, and diversity of their contributions to the community, encourages an inclusive dialogue, and promotes equality for all. Art4Equality is a sponsored initiative of Fractured Atlas, a non-profit 501(c)(3) arts service organization. Tax-deductible donations are accepted online.
Learn more and make a tax-deductible donation.
Visit Art4Equality online: https://art4equality.org/

The facts are clear – even in 2020, women are dramatically underrepresented in museums, galleries, auction houses and public art. Learn about gender inequality in the arts with some eye-opening facts and join us in supporting Art4Equality.

● There are 2,500,000 professional artists in the US, as measured by the Bureau of Labor Statistics
● 50% of MFA graduates are women, according to Artnet News. More than 46% of total visual artists are female according to 2019 Report by National Endowment of The Arts.
● Women on average earn 74¢ for every dollar made by male artists according to National Endowment of The Arts.
● In the last decade, only 11% of art by female artists was acquired by top museums in the US for their permanent collections. 29,247 works by female artists were acquired by 26 top museums in the United States, chosen from 260,470 total works. (NY Times)
● Women artists represent only 13% of artwork featured in museums and galleries. Out of over 10,000 artists in the permanent collections of 18 prominent art museums in the U.S., 87% are male (Public Library of Science). 13.7% of living female artists are represented by galleries in Europe and North America. (Artnet News)
● 27% of solo exhibitions in the US at major institutions are devoted to women artists compared to 73% male - out of 590 major exhibitions by nearly 70 institutions reviewed. In another study of 820,000 exhibitions across the public and commercial (gallery) sectors in 2018, only one third are by female artists. (The Art Newspaper)
● 2% of artworks by women were sold at auction between 2008 – 2019. More than $196.6 billion has been spent on art at auction during this time frame, and only $4 billion was spent on art made by women (Artnet News).
● 5 of the 150 statues in the New York City outdoor public spaces honor women. City Hall has recently confirmed (in March 2019) that an additional 4 to be installed bringing the total to 6% female (New York Times).
● 2 works by women have ever broken into the top 100 auction sales for paintings, despite women being the subject matter for approximately half of the top 25. (Artsy, Art Market 2019 Report)

Art4Equality was founded by artist and curator Indira Cesarine, founder of The Untitled Space. Since launching gallery in 2015, Cesarine has curated over 35 feminist themed exhibitions and has exhibited artwork by more than 300 female artists. Cesarine launched Art4Equality in order to create more opportunities for female artists including large scale national and international exhibitions, high profile art fairs and public art that can have a greater impact on gender equality in the arts, impact social change, and make a difference for future generations of women.
Learn More - Visit Art4Equality online: https://art4equality.org/