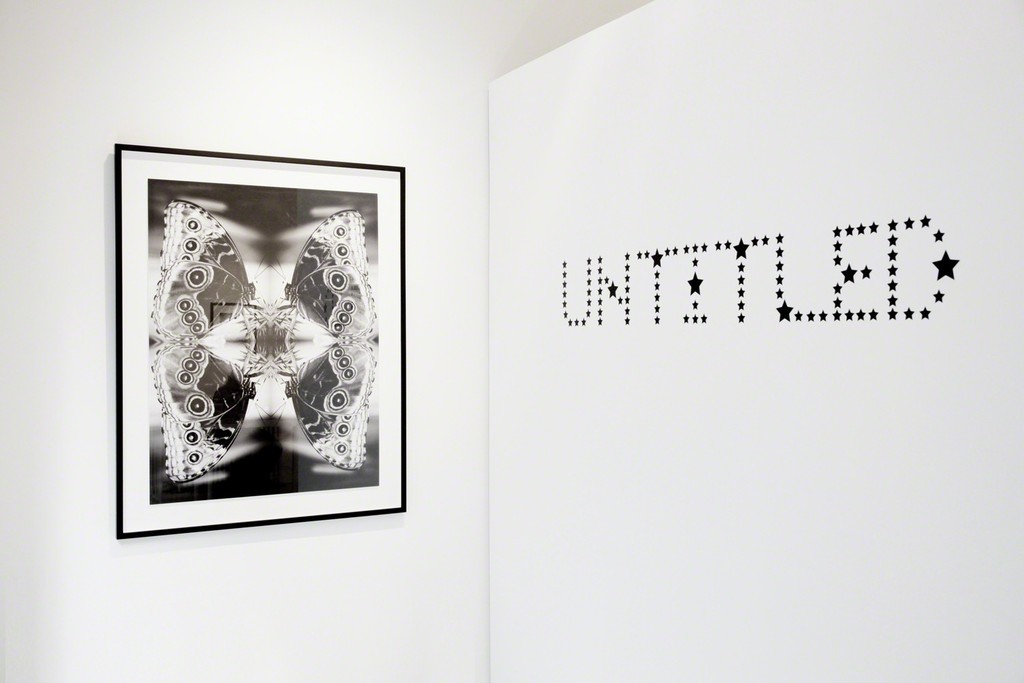 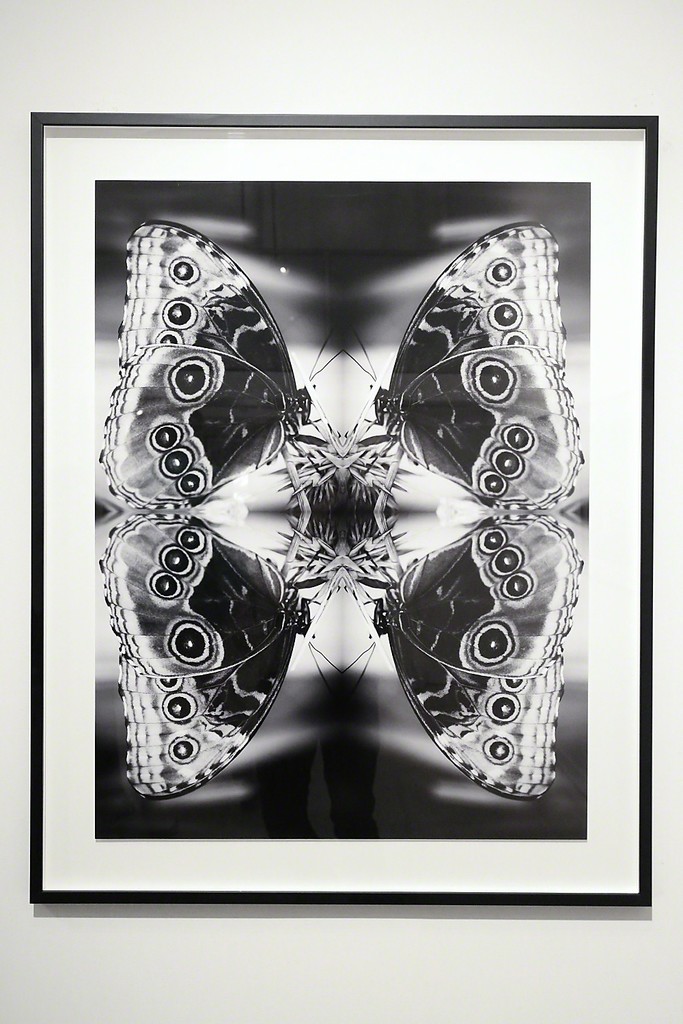 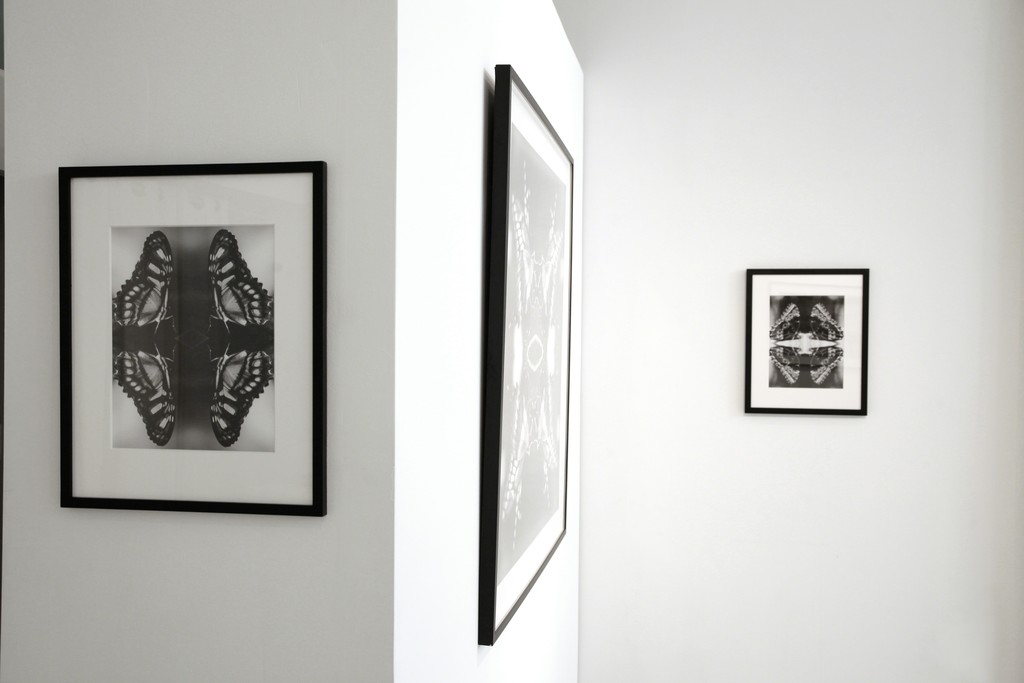 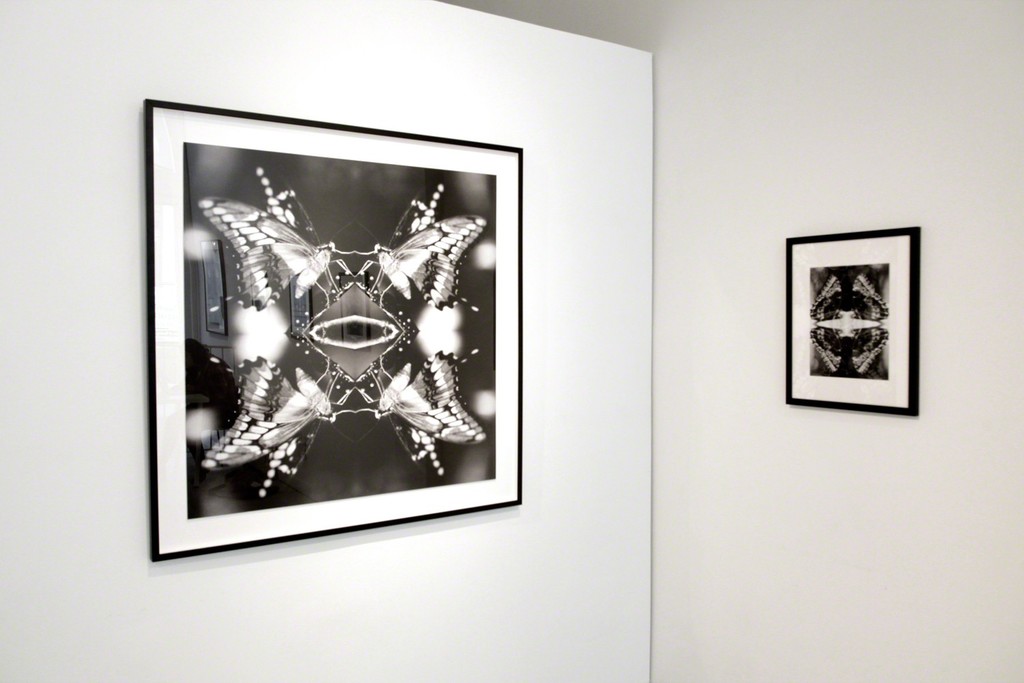 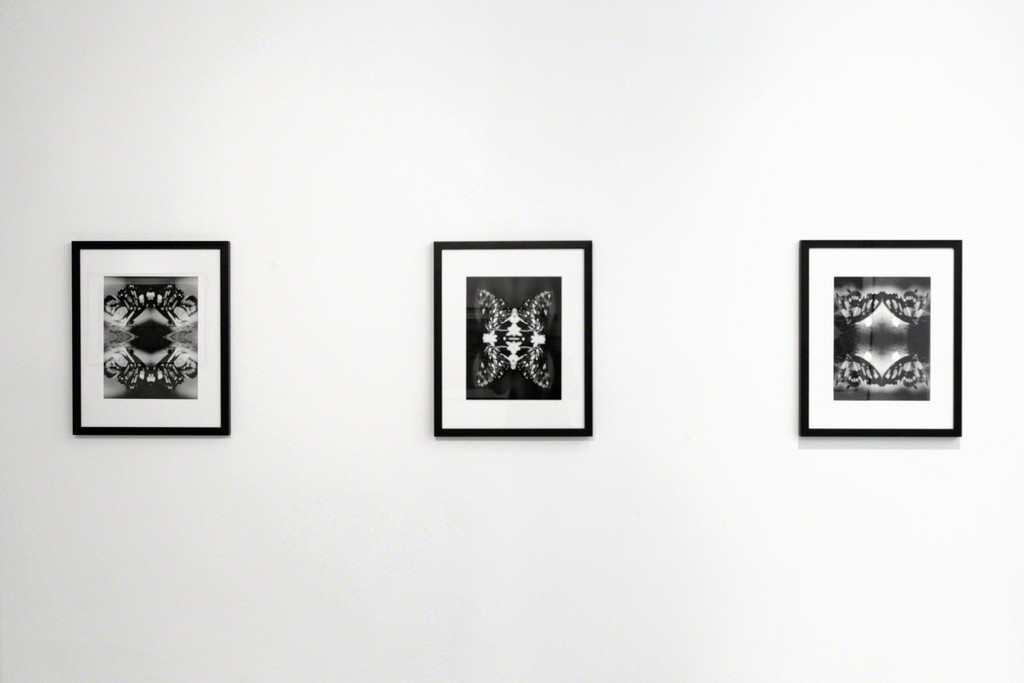 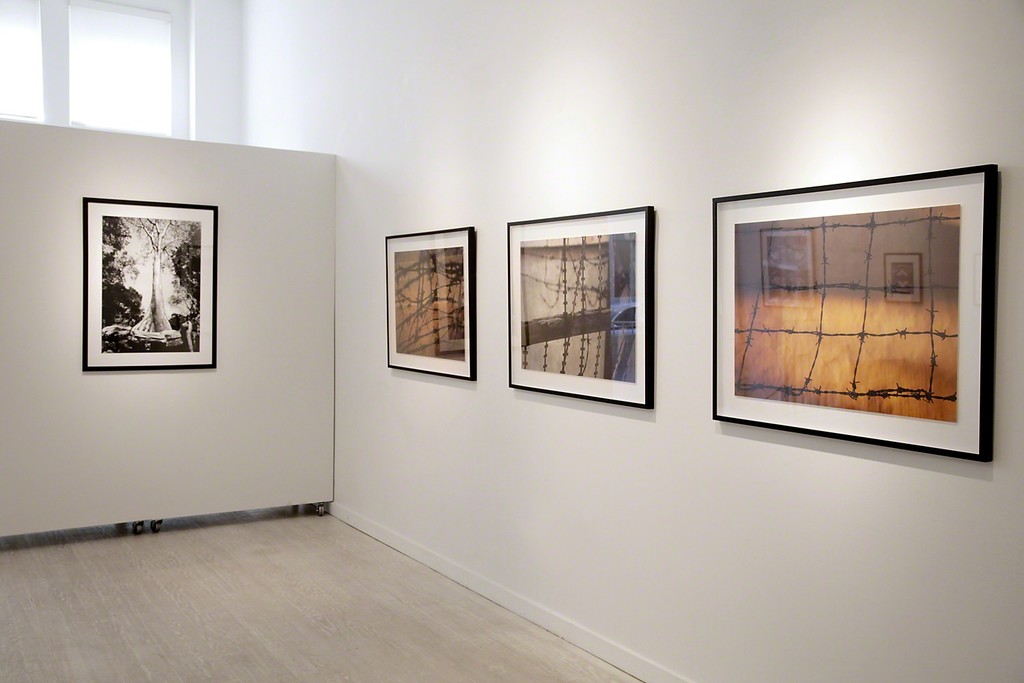 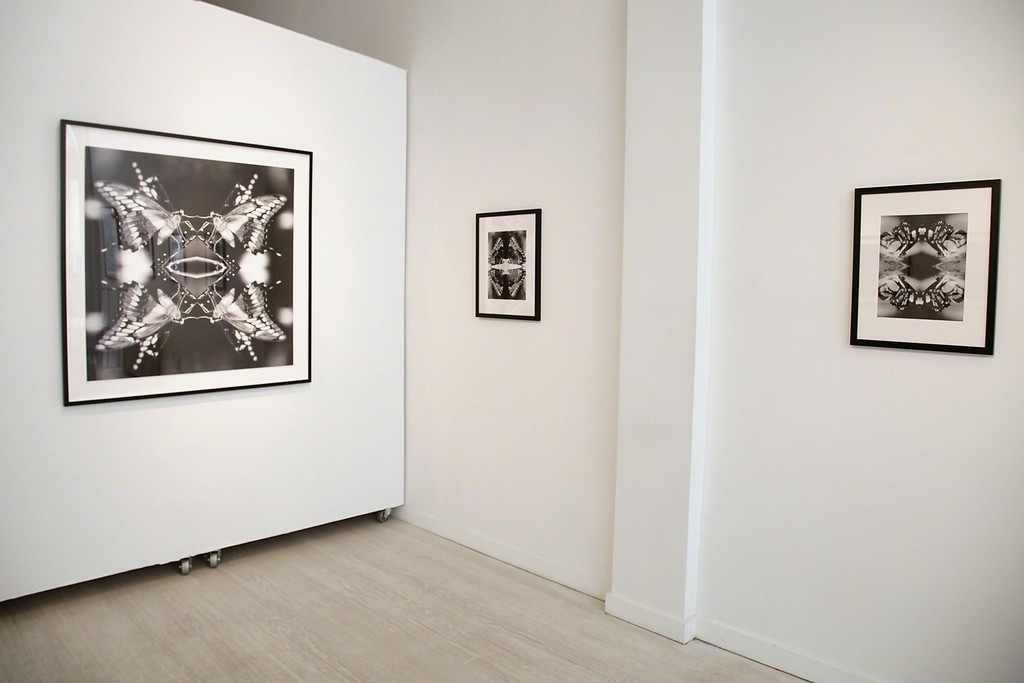 The Untitled Space is pleased to present: “Vita et Mors”, a solo show of works by Indira Cesarine from March 1 – April 3, 2016. The exhibition features limited edition photographic prints from three different series including "Papiliones", "Ta Prohm", and "Barbed Wire (Khmer Rouge Security Prison)".
The "Papiliones" series features macro photographic visuals of a variety of butterfly species Cesarine photographed in Costa Rica. Each image is digitally manipulated to present “butterfly blots”, her take on the psychological ink blots known as the Rorschach Test. The butterfly has traditionally represented a symbol of rebirth and transformation. The artist stated, “I went to Costa Rica to get away from the urban intensity of New York. While I was there I spent a lot of time in nature, and got an opportunity to photograph the wild butterflies of the region. The images inspired me to create this abstract series, which in many regards is a reflection on my own personal metamorphosis.” The exhibit features editions created in 2015 as well as several new editions, created in 2016.
The "Barbed Wire (Khmer Rouge Security Prison)" series features images by the artist taken at a former Khmer Rouge Security Prison in Cambodia, which was one of 150 execution centers where an estimated 20,000 prisoners died during the rein of the Khmer Rouge. Cesarine stated, “Visiting the site I was struck by the symbolism of the barbed wires that surrounded the prison. To me they represented the essence of cruelty, the barbaric nature of genocide itself, in every spoke of the wire which was used in captivity to suppress human freedom.”
This is juxtaposed with her work from the ancient city of Angkor, "Tetrameles Nudiflora of Ta Prohm" which places an emphasis on the beauty and strength of the environment and the notion of “Eternal Life”, with imagery depicting trees growing out of ruins of the ancient civilization dating back to the 12th century.
Touted as a “child prodigy,” Indira Cesarine’s first solo exhibition was at the age of sixteen at the Paul Mellon Arts Center. She is a multimedia artist who works with photography, video, painting, printmaking and sculpture. Her work has been exhibited internationally at many art galleries, museums and festivals, including The Metropolitan Museum of Art, Getty Images Gallery, Museum of Contemporary Art San Diego, French Embassy Cultural Center, Art Basel Miami, Cannes Film Festival and the International Festival Photo Mode to name a few. In 2014, her public art sculpture, “The Egg of Light” was exhibited at Rockefeller Center. Cesarine lives and works in Tribeca, New York.
The works exhibited in “Vita et Mors” are part of The Untitled Space’s “Women in Art” series, which features a wide range of female contemporary artists in a series of solo exhibitions and group shows on an ongoing basis.

For more information visit us online at www.untitled-space.com